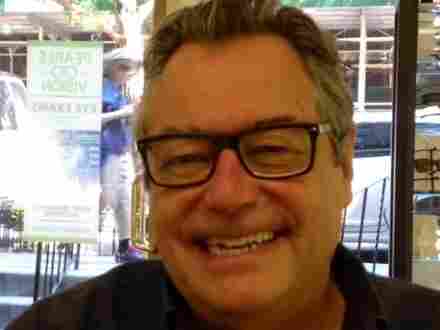 Neil Cohen, who died at age 72. One of his books, The Law of Probation and Parole, has been cited by the Supreme Court. Courtesy of Riva Nelson hide caption

I read my first New York Times when I was 12 and my summer camp counselor woke me up to put the paper in my hands. "The competition," he said with a smile. I was editor of the Camp Indianola Totem Pole, a small sheet on which we printed the scores of camp games, silly jokes and gripes about bugs in the bathrooms.

I read that Times by flashlight. It had stories from Moscow, Birmingham and Saigon, and about Malcom X, Jomo Kenyatta, and Valentina Tereshkova. I was dazzled to realize some people got to travel the world and tell stories. I carried that New York Times under my arm for a week, to baseball games, track practice and the dining hall, hoping someone would notice.

The counselor who brought me that newspaper was Neil Cohen; we called him Captain Neil. He was from Centralia, Ill., and went to Yale. Imagine, we thought — a guy from Illinois at Yale! He was also the baseball counselor, and used to tell us, "Pay attention to the small things, and you'll make big plays," some wise if overworked advice I hear myself tell our children.

I looked up to Captain Neil as much as I did any astronaut. He was funny, smart and kind. He told me if I wanted to be a writer, I should read, and he'd pick up abandoned paperbacks from the counselor's lounge. It's how I discovered Catch-22, Travels with Charley, and a less literary work called The Carpetbaggers; Captain Neil thoughtfully tore off the cover.

Neil Cohen graduated from Yale, went on to Harvard Law and Cambridge, but sent me occasional cards, especially after he heard my father died. He wrote a lovely note to my mother, when I was going through a patch of trouble, to tell her that he'd had stretches of trouble, too; just hold on tight. Neil became an esteemed attorney, then professor of law at the University of Tennessee and Brooklyn Law School, and was known for staging theatrical classroom re-enactments of crimes that showed his students, as he had once shown us, the importance of paying attention to small things.

I found out this week that Neil Cohen had died, after a brief illness, at the age of 72. As his wife, Riva Nelson, said, "He had that magical gift of enfolding almost anyone who came into his sphere with warmth and laughter and joy." I am glad I was able to tell Captain Neil a few years ago how much I owed him. And his life might remind this summer's camp counselors, lifeguards, and tutors that something you say — something you are — will stay with young people all of their lives.