Accessibility links
'I Was Full Of Rage': Author Rebecca Stott On Growing Up In A Christian Cult Stott's memoir, In the Days of Rain, is about her childhood in and out of the Exclusive Brethren, a conservative, separatist cult. 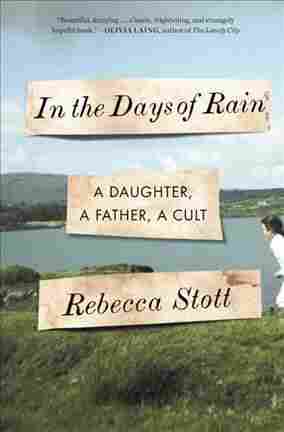 In the Days of Rain

A Daughter, a Father, a Cult

Title
In the Days of Rain
Subtitle
A Daughter, a Father, a Cult
Author
Rebecca Stott

It can be hard to grow up in an ultra-religious household. I was raised in a strict Pentecostal family, and I remember not being allowed to go trick-or-treating or have any sign of Santa Claus because both were deemed to be inspired by Satan. When you're a little kid, you don't question it — that's just how it is. It takes getting older to realize you're different from everyone else.

"They were extremely controlling," Stott says of the community. "So they believe in the rapture; they believe that they alone will be taken off the planet, and unless they stick to Brethren rules and have no contact with the outside world that they'll be left behind in the rapture. So that's essentially them. They're very conservative, very secretive, very separatist."

In her new book, In the Days of Rain, Stott writes about her childhood both in and out of the Exclusive Brethren.

... everything was Brethren-centered. ... Everyone was being watched by everyone else. There's a lot of mass confessions; there were a lot of punishments for non-compliant behavior.

On the Exclusive Brethren's rules

On how the group enforced its rules

If anyone was not toeing the party line, they'd be visited by a couple of priests or ministering brothers, and my father would do those. And that person would be interrogated for hours about, you know, whatever sinful act or thought they were supposed to have committed. And if they weren't compliant after that, they'd be shut up, which meant that they'd be expected to stay in isolation in a room in their house for as long as it took until the priest — people like my father, my grandfather — deemed them right with the Lord again. And that could go on for weeks, and sometimes people went mad or, indeed, in some terrible cases committed suicide. And in one particular case, a man who had been in isolation for weeks and weeks and weeks horribly axed his wife and young children to death and then hanged himself and left a note saying, "Satan is in the house. You'll have to bulldoze it."

I was full of rage. ... We had to be subject; we had to be silent; women weren't allowed to speak in meeting. You know, it was extremely conservative in terms of its gender roles.

On what it was like to grow up in the Brethren

I was full of rage. I remember I couldn't show it. I was very good at not showing it because as a Brethren girl, you know, we had to keep our heads covered, we had to grow our hair long, we weren't allowed to wear trousers. We had to be subject; we had to be silent; women weren't allowed to speak in meeting. You know, it was extremely conservative in terms of its gender roles. So as a Brethren girl I had to be quiet and good. ...

I was very curious and very angry at the double standards that I saw around me all the time. And the women could see some of these double standards, too, and yet no one was speaking out because everyone was too frightened. 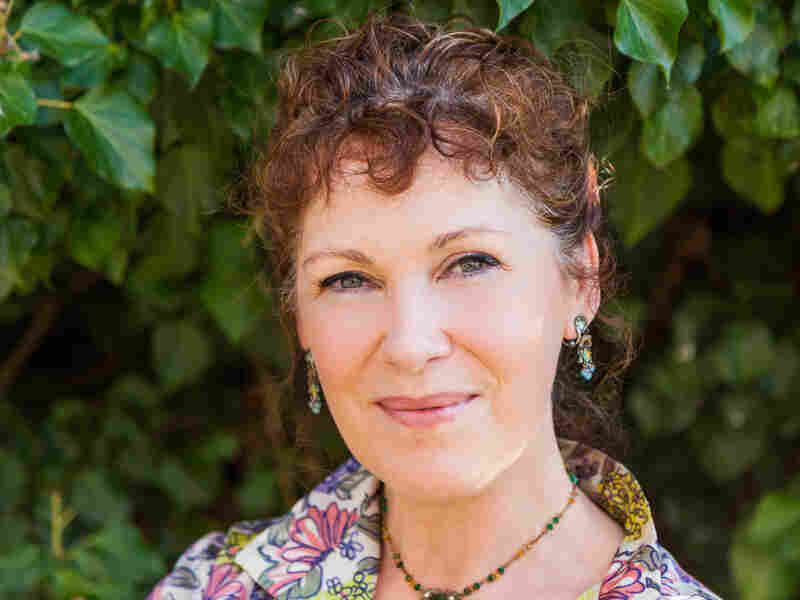 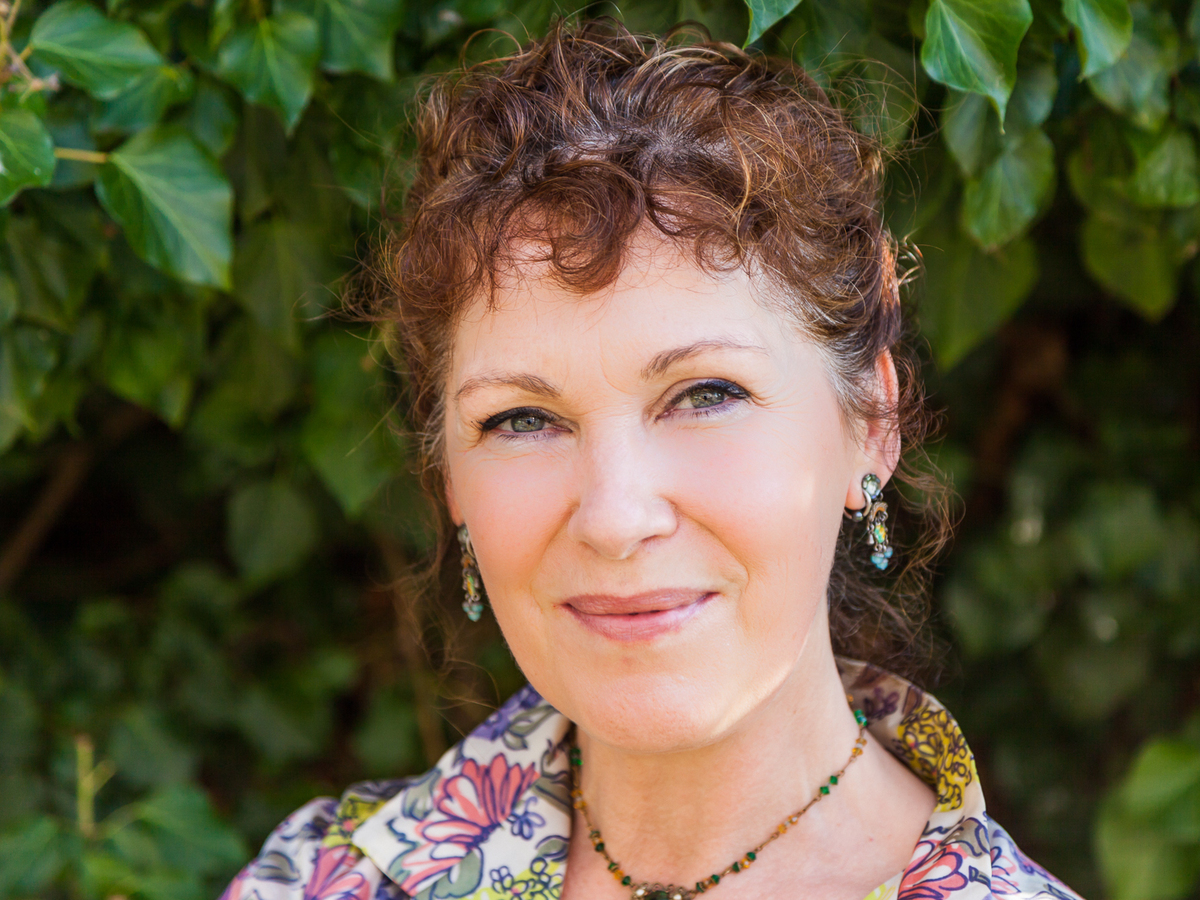 In 1970 there was a huge scandal. Jim Taylor Jr., the big leader, was found in bed with one of the younger sisters. She was married. He said nothing impure was going on. He was very drunk — he was completely incoherent. He was in his 70s, she was in her 30s. And a lot of people had witnessed it, you know, the fact they hadn't got any clothes on and so on.

And there was a big split — 8,000 people came out, including my father, my grandfather and most of my immediate family. Some of my cousins and uncles stayed inside and are still inside and will never be able to speak to us ever again. So we came out in the early '70s — we were in a splinter group for a while. My father and grandfather were very high up in that splinter group. And then my father decided it was time for us to come out completely. So we came into the big wide world.

On adapting to the real world

It was astonishing. Nobody explained anything. I think the parents and grown-ups around us were much too confused themselves to be able to sort of sit down and tell us that, you know, when they said that television sets belong to Satan, maybe they hadn't been right. So suddenly we've got a television set in our house, suddenly we've got a radio in our house and suddenly we're being taken to go and see Gone With the Wind in the cinema. So for me I just remember this incredible sense of vertigo and glancing at my mother constantly: "Is this OK?" or, "Are we allowed to do this?" ...

People said about my father, he was like Rip van Winkle. He was tall, he was charismatic, he was handsome and he just couldn't get enough music, theater, dancing, gambling. ... He hadn't heard of the Beatles. I mean we were living in Brighton, this hippie town in the south of England, and yet we'd never heard the Beatles.

I still cannot open the Bible without hearing the sound of those men using scriptures almost like rapiers ...

I still cannot open the Bible without hearing the sound of those men using scriptures almost like rapiers with each other, you know, or trump cards. They knew the Bible so inside out, so they would use one scripture to trump another and it was all men locking horns, you know, or antlers. And so it's hard for me having had so many hours of that not to see the Bible as a place, you know, full of words that have been used for warfare, if you like, or disagreement ...

I've been surprised at the ... many, many people who have written to me — ex-Brethren, literally I would say 70 or 80 by now letters — beautiful letters from elderly people writing to me to say, "The Brethren was a terrible thing. We all lived through it," and telling me their stories. But saying, "I came to find a kinder God and kinder Christians outside." And I've been really moved by that. I've been really moved by how much people have wanted me to know about their kinder God.

Malika Gumpangkum and Jordana Hochman produced and edited the audio of this interview. Nicole Cohen adapted it for the Web.