Accessibility links
From Injury To Recovery, A Ballerina Fought To Retire On Her Own Terms Wendy Whelan feared she would never dance again after undergoing hip surgery. The documentary Restless Creature chronicles her recovery and final performance with the New York City Ballet. 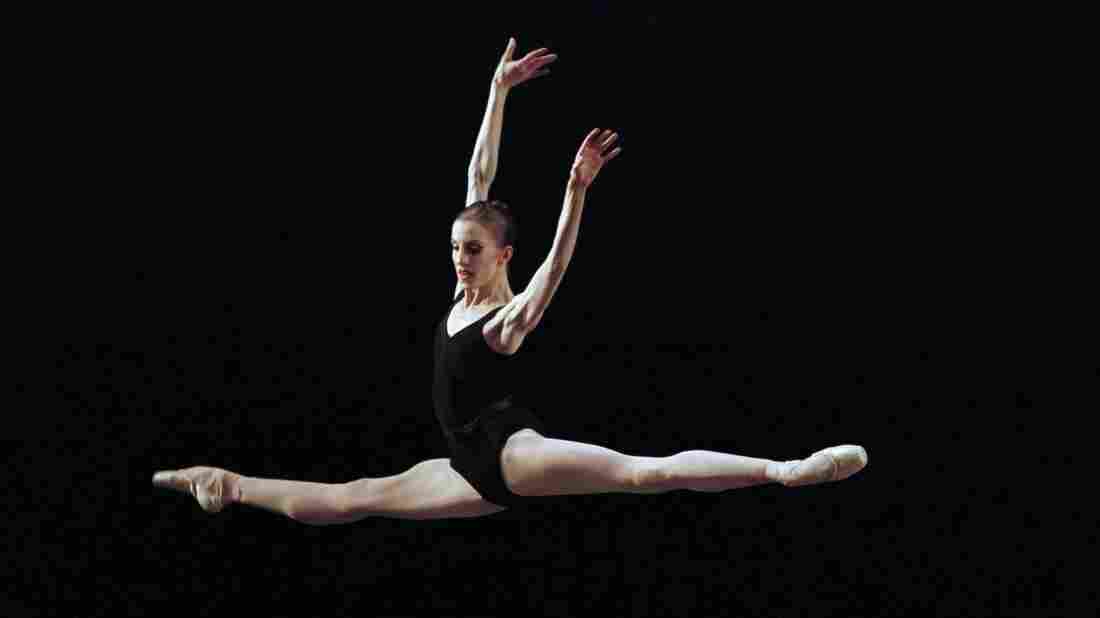 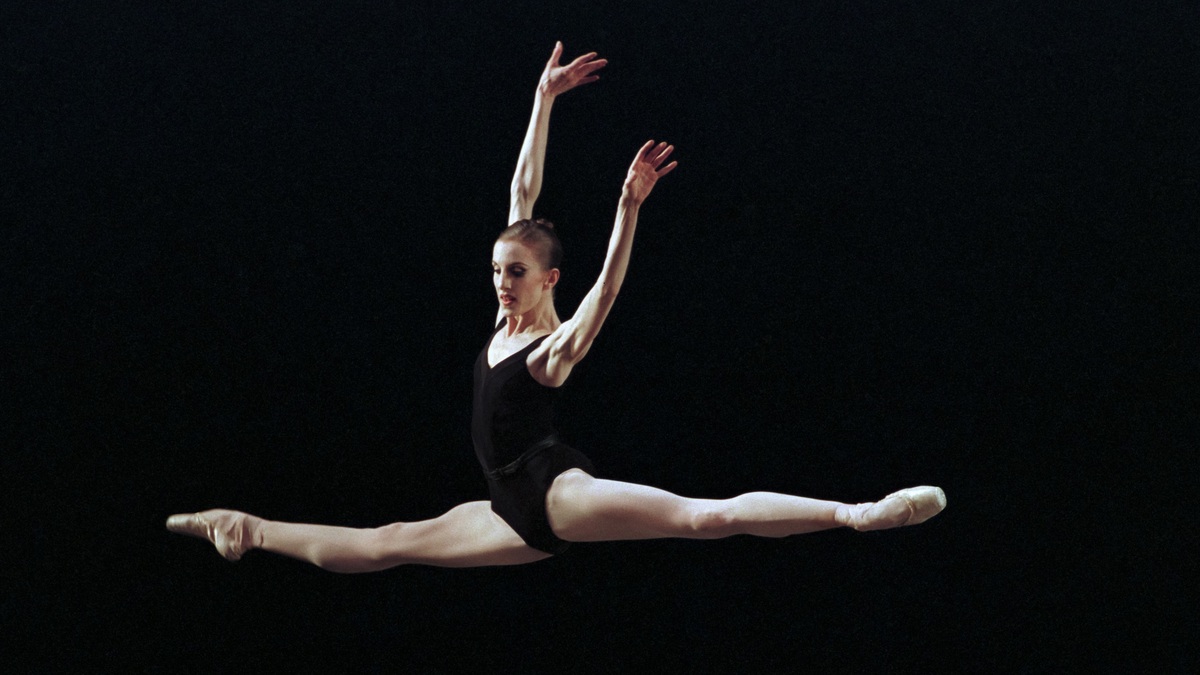 In 2013, acclaimed ballerina Wendy Whelan underwent reconstructive surgery that left her hobbled, both physically and emotionally. For Whelan, it wasn't just her career with the New York City Ballet that was at stake; it was also her artistic voice.

"It was terrifying to lose that mode of expression that I was so in touch with, that I so loved, that I so cultivated for my whole entire life," she says.

Whelan, who was 46 at the time, feared that she would never dance again. But after months of rehabilitation and physical therapy, she returned briefly to the company she had danced with for more than three decades.

Now, nearly three years after leaving ballet, Whelan continues to perform contemporary dance. She says she feels liberated in her new life: "I've been strapped in — physically strapped in to pointe shoes, strapped into a leotard and tights, my hair's been strapped up — for my whole entire life. ... I was terrified to be unconstricted, and now I don't know another way I'd rather be."

On the hip injury that hastened her retirement from ballet

It came out of nowhere, literally came out of nowhere. I slipped, ironically, on Sept. 11, 2012, and I knew something had happened. It was the smallest slip, but I felt it deep in the back of my hip hamstring area. And I thought ... I pulled my hamstring; I didn't imagine it would be a tear.

I couldn't do certain dances that season. I did some. I didn't do the ones that I was really well known for and wanted to do. And I waited a few months, didn't stretch it, still danced at a certain level, and within three months I couldn't close fifth position. Fifth position, if you don't know ballet, is the base of ballet. It's the most basic position that everything moves from, and I literally couldn't do that. So that was a big shock.

I tried everything. I tried acupuncture. I was going to therapy. I tried massage, everything you can imagine — I had injections, MRIs. And then the MRI came back and said there was inflammation in my hip, so I had my hip drained. The doctor also did an ultrasound and he said, "I see a complex labral tear." ... It was there forever; I just didn't know it until it was discovered, and it had gotten to a place where it was needing to be fixed. ... Eight months later I was on the operating table getting reconstructive surgery.

On choosing to document the end of her ballet career

It was a very difficult time. I did not want to make the film originally, when it came my way. I didn't want to share this very unknown part of my life — unknown to me, complicated and confusing and very vulnerable.

But I was sort of talked into it. I was talked into trying it and I liked the footage that I saw, and I liked the directors and filmmakers that I was working with, especially the cameraman. He had done dance films before, so it was very comfortable. He knew exactly how to move in the studio, or wherever I was, with me.

It turned into a supportive thing, in a way. It was at times irritating to have a camera crew around me, but at the same time it pushed me to bare myself, to open my story up and to do it with confidence and to do it in a creative way.

On showing pain on camera

One of the hard things for me to do was to show my limp to the camera and to show myself crying. I'm not a crying kind of person anyway, and I knew that the camera people wanted some tears every once in a while. They wanted the reality. They wanted me to viscerally show what I was feeling and it was very hard for me to do that.

The very few times I cried through the whole experience, it's in the film. But I was embarrassed about my limp, and there was a time that happened probably about halfway through the filming where I had difficulty walking. My leg wouldn't accept the weight without a buckle, so dancing was a really big question. That was really hard for me to show, and I actually took a break from the filming at that moment. I needed to get some epidurals in my back and I just was like, "I just need some space." ... I had the cameras leave, because that was just too much for me to show that I couldn't walk. 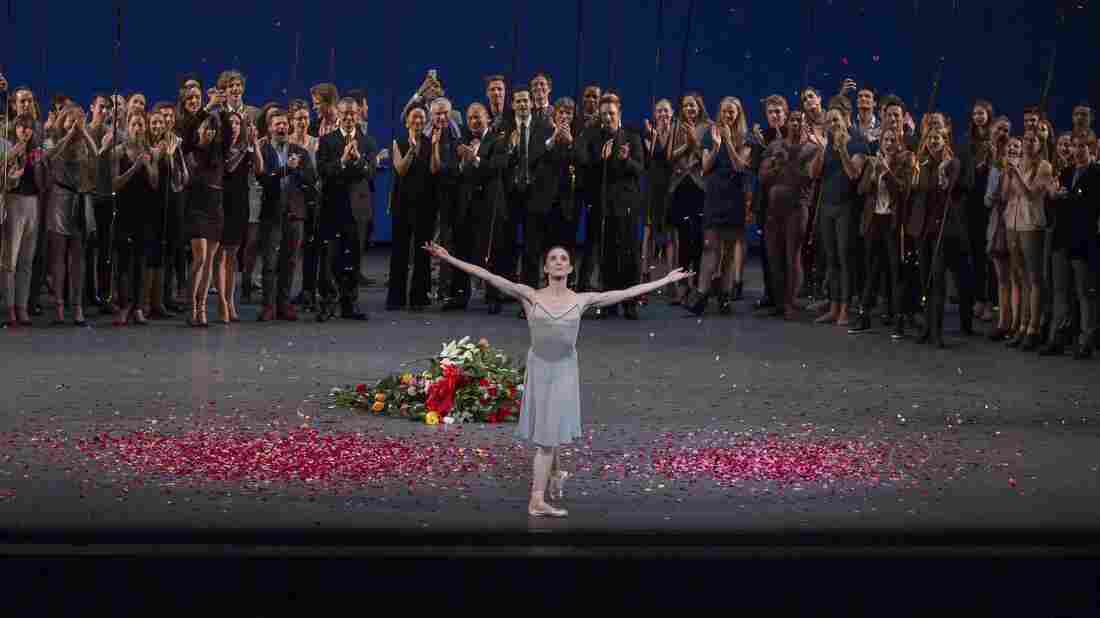 Whelan bows after her final performance with the New York City Ballet in 2014. She likens leaving the company to shedding a layer of skin. Paul Kolnik/Abramorama hide caption 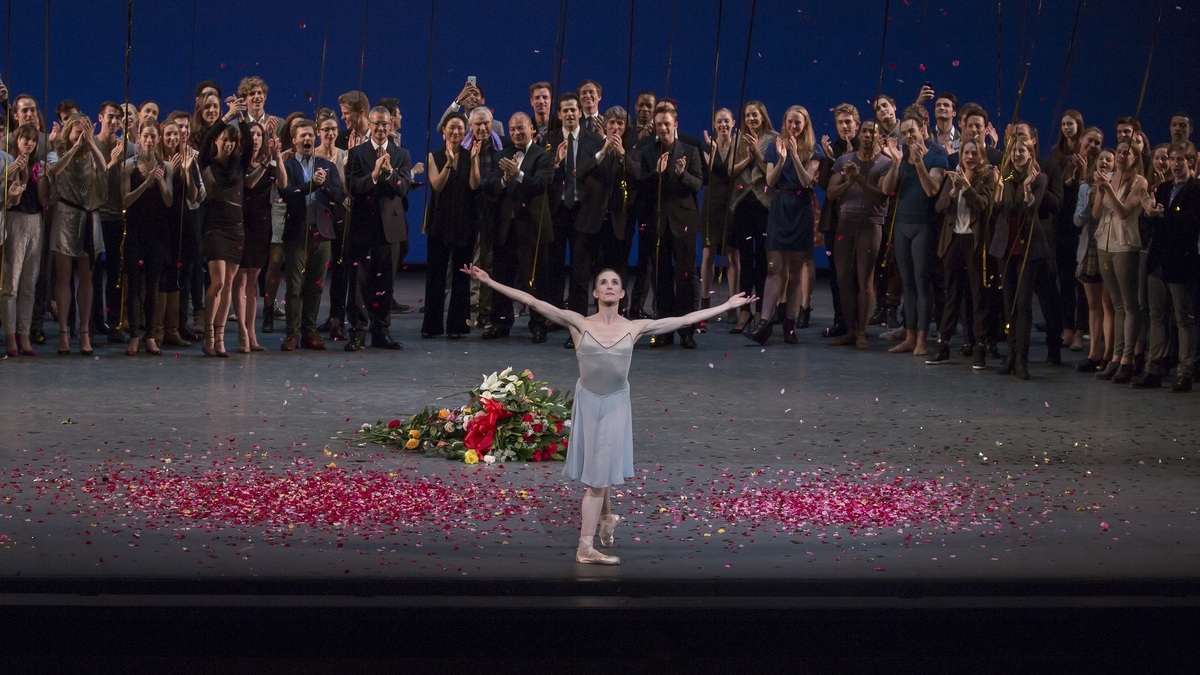 Whelan bows after her final performance with the New York City Ballet in 2014. She likens leaving the company to shedding a layer of skin.

On what drew her to ballet

When I first saw The Nutcracker, the dance that appealed to me was not the Sugar Plum Fairy, it wasn't the Waltz of the Flowers — it was the Arabian Dance. It was the muscular, the sinuous, almost modern dance of The Nutcracker. That's the part I wanted to be.

I didn't care for the pinkness of ballet, I never did. So that was my identity going into ballet. I loved learning the structure, I loved learning the physicality. The physics of ballet, that fascinated me — the science of how the inside of the body worked, how to line my body up correctly for a movement and to take off with the right amount of energy.

On her final bow with the New York City Ballet

I was sort of out of my body. It's not like I really, really remember the moment of it, unless I see the film and then I go, "Oh yeah, that's right. This is how it unfolded." The whole evening was beyond me. I've watched retirements for years, before my own, and they always seemed like something came in and took over for that dancer, because I thought, "How can the dancer be dealing with their emotions right now? They're whole life, and now they're at this moment, and what do they feel?" So when I'm in that moment, it felt like something else was doing it for me. It was beyond me, I wasn't in charge. ...

I felt slowly like ... I am now me, and you're seeing me, the goofy Wendy. I'm not trying to be who you all thought I was for so long. I'm just this girl. I jumped like a little kid a little bit, and I had bad posture and I was walking like a normal person in my bows and I'm like, yep, I'm just a human being and I've been this the whole time, but I haven't been able to show it.

Lauren Krenzel and Thea Chaloner produced and edited the audio of this interview. Bridget Bentz, Molly Seavy-Nesper and Nicole Cohen adapted it for the Web.