Accessibility links
Wells Fargo To Pay $142 Million To Customers Hurt By Bogus Accounts : The Two-Way The bank could pay customers more if an independent expert overseeing the compensation process deems it necessary. 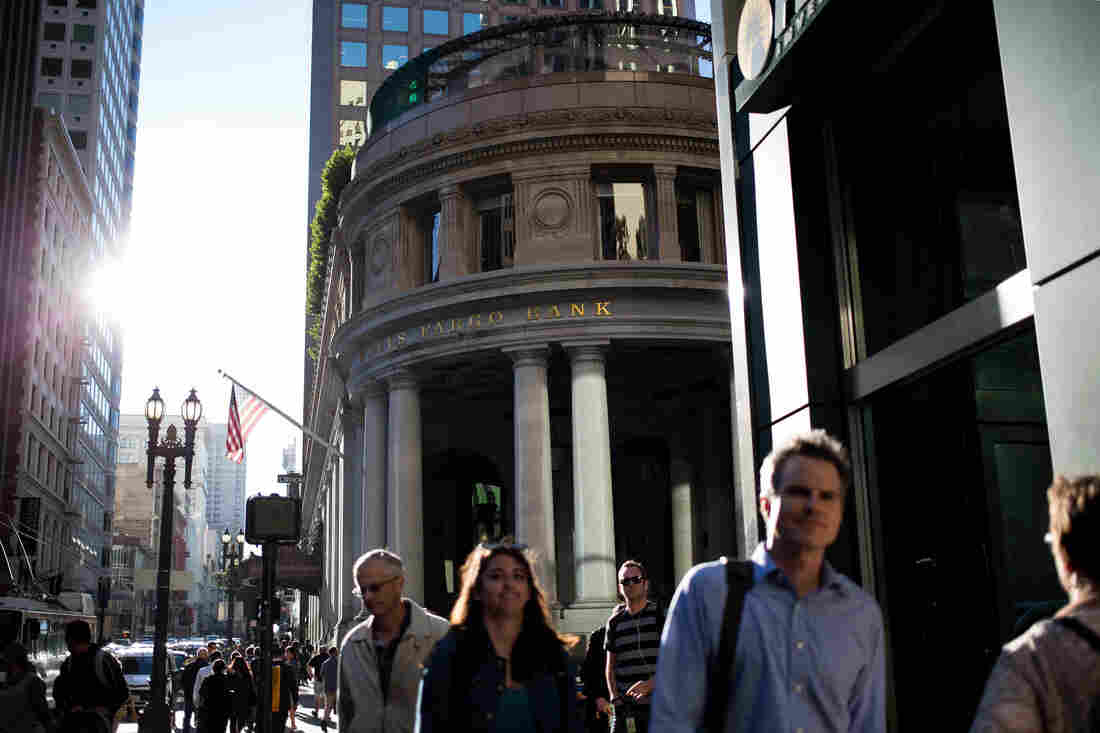 The Crocker branch of Wells Fargo on Montgomery Street in San Francisco, whose former employees say the sales pressure was intense and the deceptive practices widespread. Ariel Zambelich/NPR hide caption 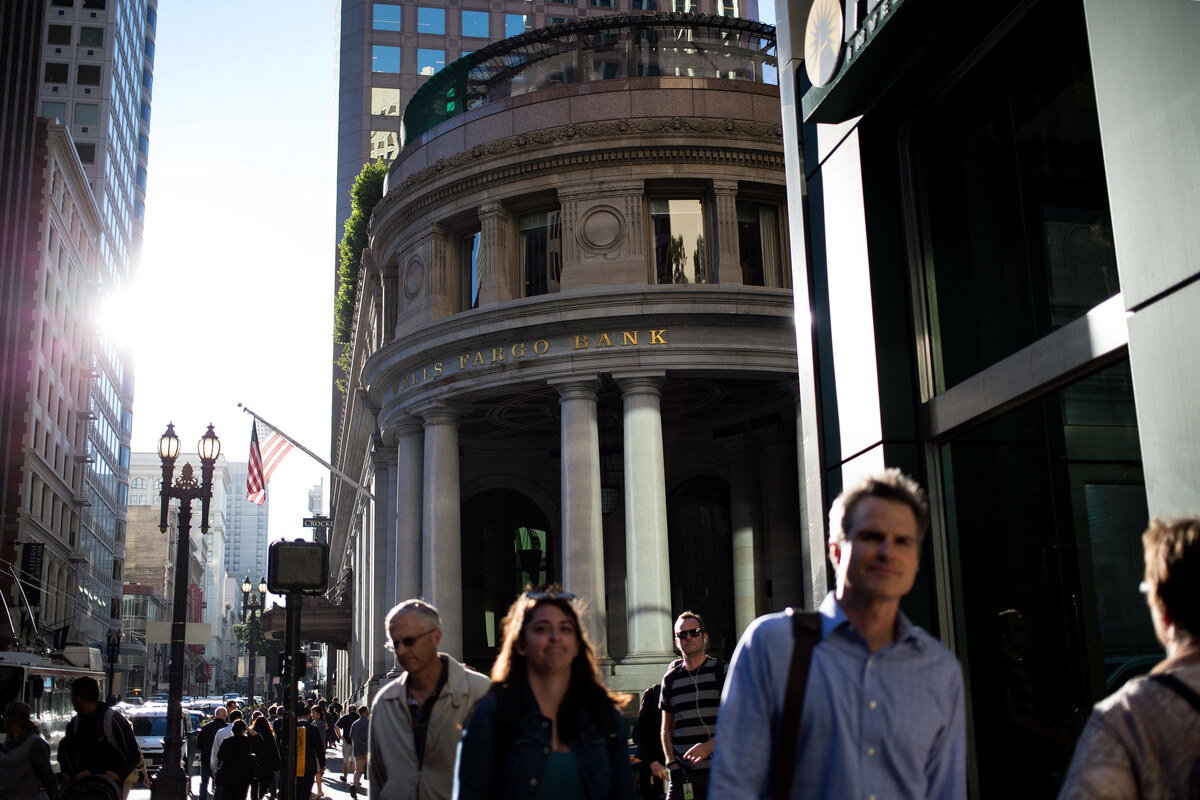 The Crocker branch of Wells Fargo on Montgomery Street in San Francisco, whose former employees say the sales pressure was intense and the deceptive practices widespread.

Wells Fargo bank has struck a settlement to reimburse customers who were harmed when bank employees created unwanted accounts in their names. A federal judge has granted a preliminary approval for the settlement in the class action case.

Wells Fargo says compensation will depend on the financial harm customers suffered. Someone who paid an improper $35 dollar fee likely will receive less money than someone whose credit score was damaged and had to accept a home loan with a higher interest rate.

That process of determining what to pay which customers will be overseen by an independent expert hired by class action lawyers. Wells Fargo, which is an NPR financial supporter, says it may end up paying more to customers if the $142 million isn't enough.

Wells Fargo CEO Tim Sloan said in a statement: "We are pleased that the court found the settlement to be fair, reasonable and adequate. This preliminary approval is a major milestone in our efforts to make things right for our customers." He added that the settlement is "fundamental to restoring trust."

The bank says it expects the settlement will resolve "substantially all claims" in 10 other pending class action cases. The settlement is still subject to final approval by U.S. District Judge Vince Chhabria.

The lawsuit stems from a consumer banking scandal in which a high-pressure sales culture pushed employees to open millions of unwanted checking and credit card accounts. Former employees have told NPR that if they didn't meet aggressive sales goals they were threatened with their jobs, and that many employees were pushed out or fired for not meeting sales quotas. Some former workers say after they called the bank's ethics line to report widespread fraud in the branches where they worked, they were fired by the bank.

Wells Fargo has told NPR in a statement that it is "disturbing to hear claims of retaliation against team members who contacted the ethics line." The bank says it's investigating. Wells Fargo is also in the process of restructuring its ethics and oversight systems.