Accessibility links
Gov. Chris Christie Blasts Caller On New Jersey Talk Show WFAN "You have bad optics and you're a bully," an agitated radio caller told the GOP governor, who's been reeling from missteps and sagging approval ratings.

Christie Blasts N.J. Caller: 'I Love Getting Calls From Communists In Montclair'

Christie Blasts N.J. Caller: 'I Love Getting Calls From Communists In Montclair' 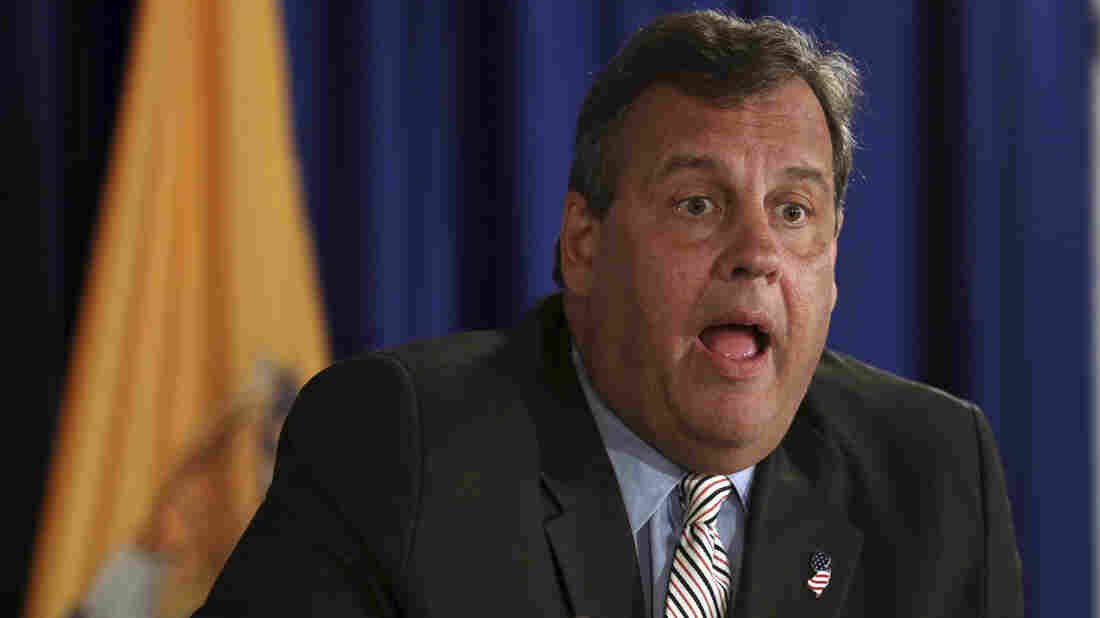 New Jersey Gov. Chris Christie has been deflecting criticism over the past week after he was photographed lounging on the beach amid a government shutdown that closed other public beaches. Mel Evans/AP hide caption 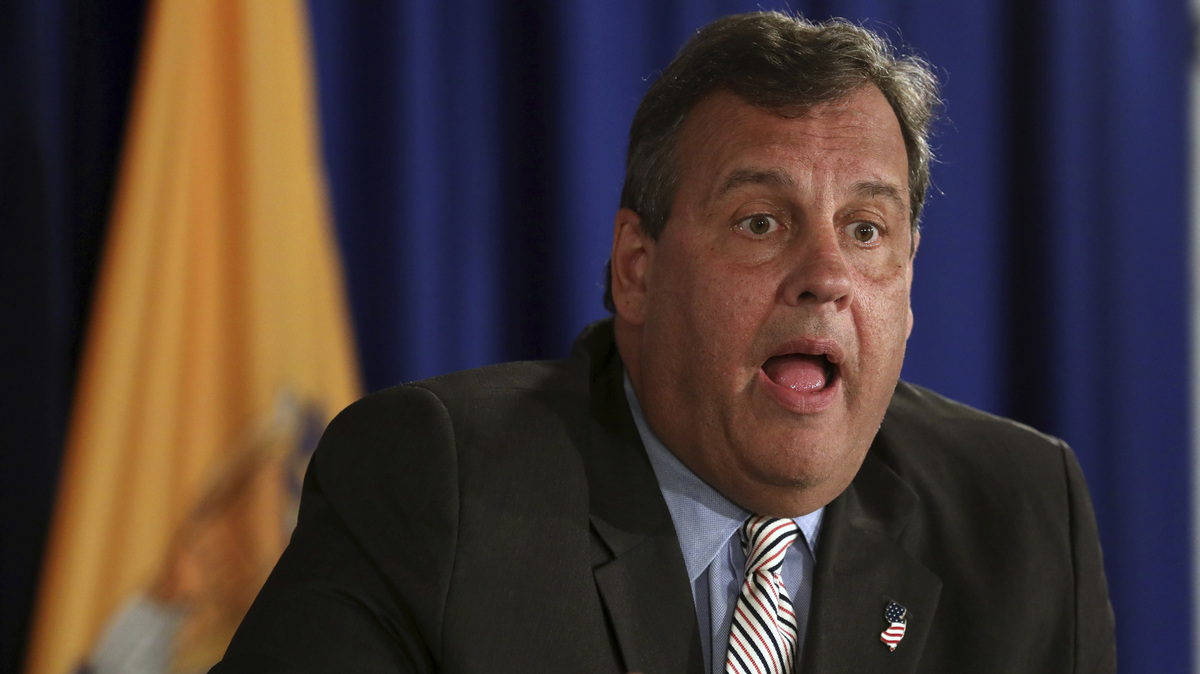 New Jersey Gov. Chris Christie has been deflecting criticism over the past week after he was photographed lounging on the beach amid a government shutdown that closed other public beaches.

It was a "Did I really hear that?" moment, even by the standards of New Jersey Gov. Chris Christie, who always seems ready to pick a fight.

There were plenty of choice words and insults hurled back and forth when the Republican lawmaker appeared on a live sports-talk radio show on WFAN and sparred with Garden State constituents.

After all, this conversation takes place just a week after Christie's latest controversy, in which he and his family were photographed enjoying a sunny holiday weekend day on a New Jersey beach, which had otherwise been closed to the public due to a budget impasse between the governor and the state Legislature.

Here's what happened (at least, what we can print) when Mike from Montclair called in:

MIKE: Governor, next time you want to sit on a beach that is closed to the entire world except you, you put your fat a** in a car and drive to one that is open to all of your constituents, and not just you and your."

CHRISTIE: You know Mike, I love, I love getting calls from communists in Montclair.

MIKE: Communists in Montclair. You're a bully governor, and I don't like bullies.

MIKE: Get the heck outta here...

CHRISTIE: You're swearing on the air, Mike, so, you're, you're a bum.

MIKE (Talking over Christie): You have bad optics and you're a bully.

CHRISTIE: Oh, bad optics. I'd like to come and look at your optics every day, buddy.

At that point, the caller is cut off.

Christie then criticizes what he calls the "leftward" lean of the town of Montclair, saying it's no surprise the caller is from there.

(Christie handily lost Essex County, where Montclair is, in his 2013 re-election contest.)

Clearly Christie is not running for re-election. In fact, he's term-limited and can't run again anyway this fall. However, his lieutenant governor, Kim Guadagno, is the GOP nominee and has been dogged by Christie's poor performance marks. A Monmouth University poll out Monday showed he has just a 15 percent approval rating.

And if Christie's tendency for in-your-face combativeness weren't already well-documented, it might be suggested he's taken to imitating a man he admires, President Trump. But truth be told, Christie didn't need Trump for inspiration for such bluntness.

Ultimately, it's just Christie being Christie.

Also worth pointing out: This New Jersey governor is wearing the cap of his favorite football team — the Dallas Cowboys (the very much hated Dallas Cowboys in these parts) AND a New York Mets jacket.

It's a combination not found anywhere in nature.

The same can be said of the live, on-air conversation between the governor and "Mike from Montclair" on Monday.