Accessibility links
Origin-al Sin: What Hollywood Must Learn From 'Spider-Man: Homecoming' For years, it seemed that origin stories were central to keeping superheroes movies grounded. Homecoming proved this suspicion wrong. It found a better way — and a different key ingredient.

Origin-al Sin: What Hollywood Must Learn From 'Spider-Man: Homecoming'

Origin-al Sin: What Hollywood Must Learn From 'Spider-Man: Homecoming' 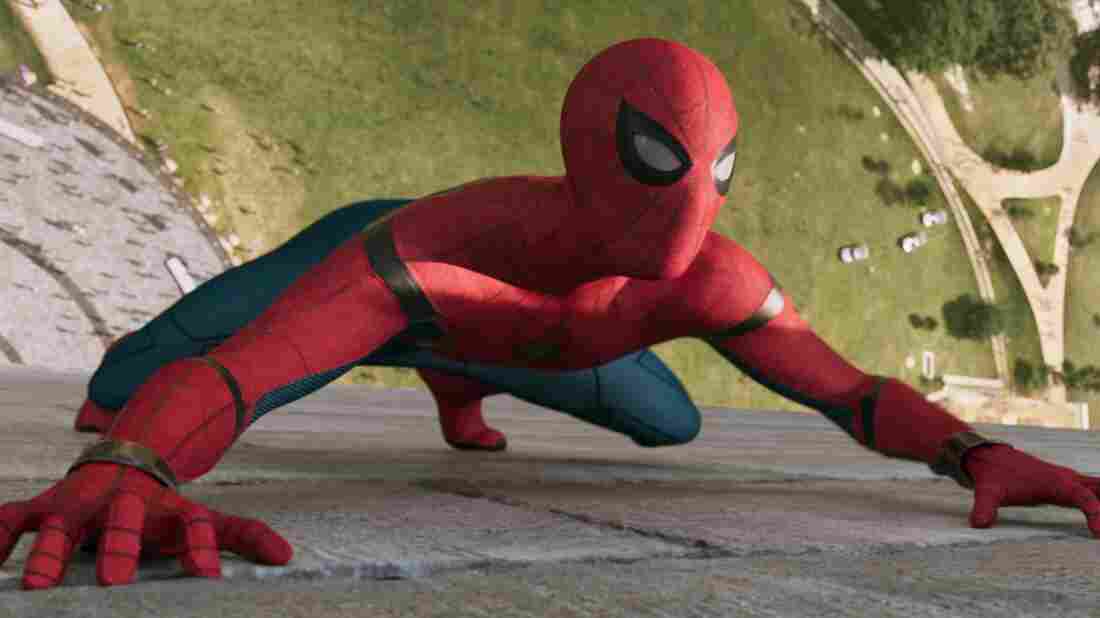 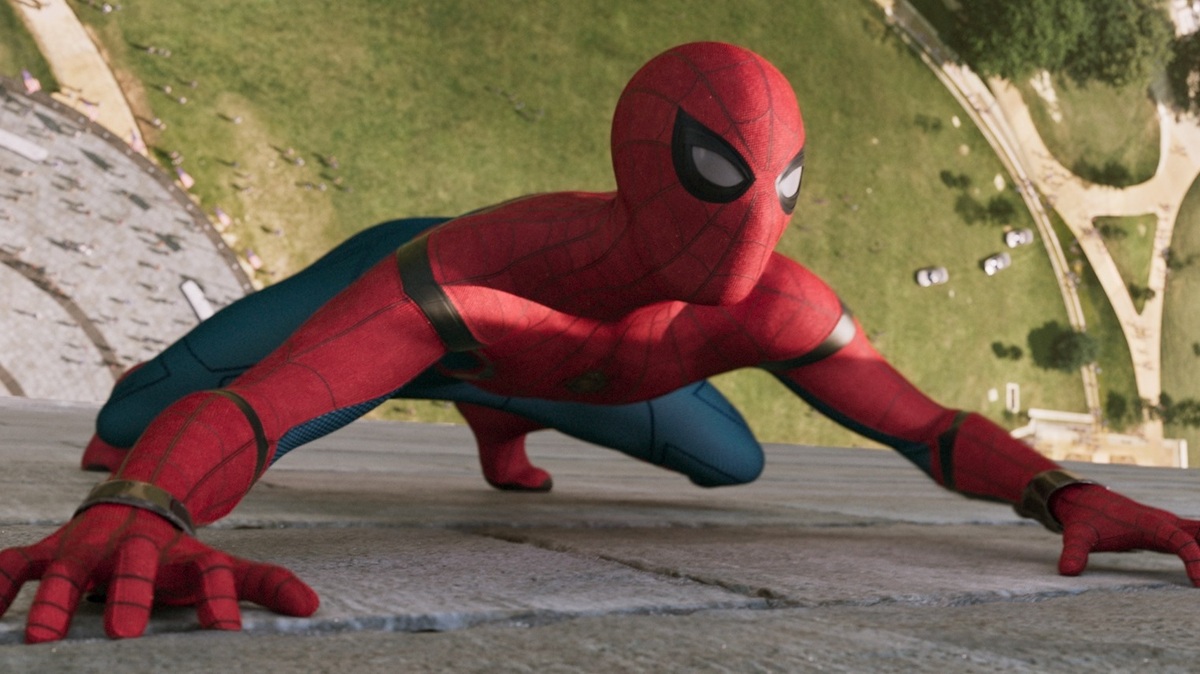 Long, long ago, when the Earth was new and ichthyosaurs swam the turbid seas, Iron Man 2 arrived in theaters. [Ed. Note — Simmer down. It was 2010.]

It was, most agreed, a disappointment, compared with its predecessor, despite a fun and deeply, deeply squirrelly Sam Rockwell performance. (Remember how he had bronzer on his palms? And no one mentioned it. It was just a character thing? Remember that? That was cool.)

I agreed that it didn't work as well as the original Iron Man, and I said then — declared, really, as I was a younger man, full of moxie, and gumption, and eels — that I knew why. In fact, I developed A Theory. A Grand Unified Theory of Superhero Cinema.

It's the origin, I thought. It's crucial. Origin stories are what draw us in and keep us engaged. They're cinematic road maps, guiding us from here (mundane human existence) to there (a world of costumes, powers, magic, spectacle). Bildungsromans in spandex.

Once you get past the origin story, I thought, what have you got left? Dudes in suits, waling away at each other. Big whoop.

In other words: The origin story is what drives and shapes a superhero franchise, because it grounds all that third act (and sequel) CGI action in the first act world where characters have dreams, and relationships, and have lived lives. Because in that life, something magical happened — this guy got amazing powers! The origin story tells you how it happened and why it happened.

But sequels say only: No, yeah. Guess what? It's still happening.

Think about ancient myths, I would proclaim to anyone who hadn't yet taken their beers and moved down the bar to stare sullenly into the middle distance. Myths are preoccupied with the origins of things, the how and why of the natural world: fire, the seasons, lightning, the stars in the sky. Superheroes are modern-day mythical demigods, they came from somewhere. Origin stories tell us where.

Important reminder: I developed this theory seven years and approximately 392 superhero movies ago. The Marvel Cinematic Universe hadn't yet undergone its big bang, filling all of existence with origin stories, until they became inescapable, unignorable, omnipresent — the static hiss of a kind of narrative background radiation that now pervades the culture.

There have been several origin movies that tanked so hard they killed franchise opportunities, saving us from a universe in which, say, Green Lantern III: Wasting Still More Of Your Time is a thing. And there certainly have, over the years, been sequels that were more successful, cinematically and/or financially, than their predecessors:

But in every other case — and there are a lot more other cases — superhero sequels have lost steam.

So my theory about origin stories had been challenged, but remained, I thought, fundamentally sound.

Until now. Until Spider-Man: Homecoming.

Spider-Man: Homecoming dispenses with his origin story completely, which is, at this point, a wise move. Given Spidey's status as Marvel's flagship character and his concurrent cultural saturation, it's perhaps even inevitable, because: We know.

We get it. Spider-bite, spider powers, great responsibility. We've, all of us, been there.

And yet! Even without seeing precisely how and why Peter Parker gets from the here of normal life to the there of fantastic, thwippy powers, Tom Holland is eminently, achingly relatable. His Peter is someone in whom we easily see ourselves at our most excited and anxious. Which is the whole secret.

A big reason is Holland himself, of course. He is charmingly awkward in the role, and he both acts like a kid, and looks like one.

But lo! What's that, rising with an epiphanic glow from the smoldering ashes in the burnt-out husk of my Grand Unified Theory of Superhero Cinema? Could it be ... another theory?

You see, there is another reason — a big one — that this new Spidey grabs us and earns our empathy.

Because while Homecoming loses the origin story, it doubles down on another aspect of superhero cinema — one that's featured in every single film that's ever kicked off a superhero franchise and that turns out to be the true secret to their appeal. It's something I hadn't noticed, because while it has been a part of every cinematic superhero origin story, it has always lurked in the shadows.

I thought it was the origin itself — the story logistics that explain where the heroes' powers come from, and why they choose the path they do.

But it's not. It's what comes immediately after.

It's the training montage.

To win our empathy and interest, it's not enough for a superhero to start out like us. We have to see him strive. And struggle. And fail. And start over.

And that is what the training montage does. It mingles delight at the discovery of magical gifts with the hard-won, sometimes brutal knowledge that those gifts must be honed. That it will take work.

In Spider-Man: Homecoming, Peter Parker is forced to relearn everything he knows when he finds himself in the possession of a miraculous, tricked-out new Spidey suit. The trial-and-error (and error, and error) that ensues forms the meat of the film's second act and serves to endear him to us.

Both the Tobey Maguire and Andrew Garfield franchises featured similar scenes in their kickoff movies. The first Iron Man devoted considerable screen time to Tony Stark's learning to fly ... and fall ... and get fire-extinguished by helpful robots. In Ant-Man, Paul Rudd found himself repeatedly overmatched by a door's keyhole. Even the dour Man of Steel admitted a fleeting moment of levity when Superman first took to the sky ... and promptly took a super-header into the frozen tundra.

Behold, then: The New Unified Theory of Superhero Cinema!

Hollywood screenwriters: Forget the how and why of their powers. Show us the halting first steps they take as they attempt to use them. We need to see them training. Striving. Working hard.

Give them their advantages from the get-go. Fine. We get it.

But if you want us to care about them, and care deeply, we need to see them earning those advantages. Through work. And sweat. And by doing that thing that makes them truly universal, endearing, and relatable:

A previous version of this story incorrectly stated when Iron Man 2 came out in relation to the first two Spider-Man franchises.