Accessibility links
The Trump Administration Cancels Plans For Project Across From Trump's Washington Hotel The decision is a blow to the Bureau and to Washington's suburbs, who had hoped to land the project. 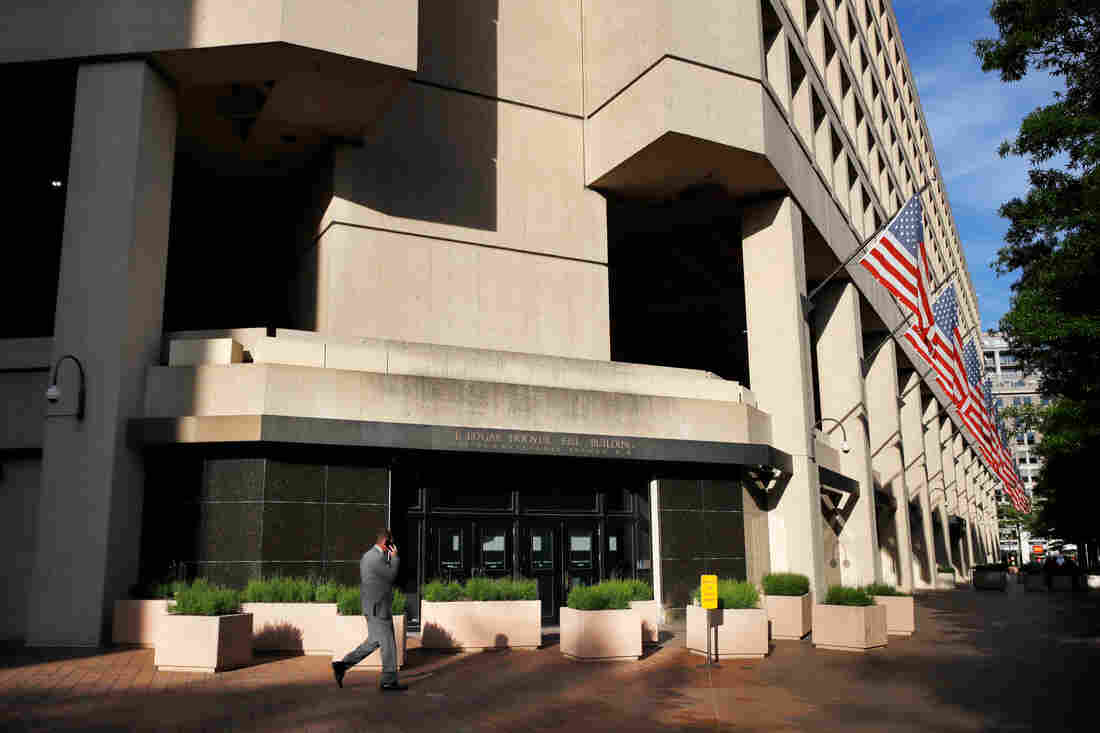 Plans to replace the J.Edgar Hoover FBI building have been canceled by the Trump administration. Jacquelyn Martin/AP hide caption 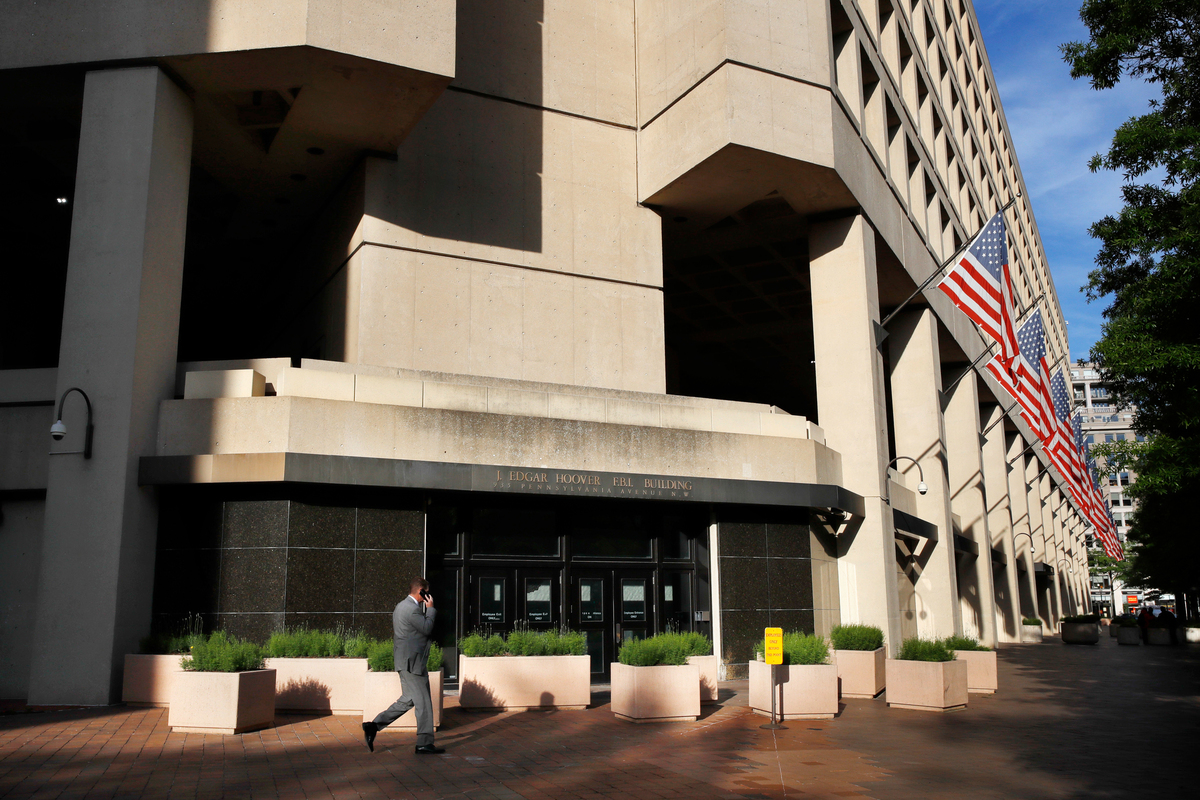 Plans to replace the J.Edgar Hoover FBI building have been canceled by the Trump administration.

The J. Edgar Hoover FBI building is crumbling. Literally. Workers have placed netting along parts of its facade to keep chipping concrete from falling on pedestrians below. There are concerns about its security and the building, which opened in 1975, is no longer big enough to house the Bureau's headquarters staff.

But efforts to construct a new facility were dealt a major setback Tuesday, when the General Services Administration, the government agency in charge of the project, announced it was pulling the plug.

In a statement, the GSA put the blame on Congress, saying lawmakers have only appropriated $523 million of the $1.4 billion the Obama administration requested for the project last year, leaving a substantial $832 million funding gap. "Moving forward without full funding puts the government at risk for cost escalation and the potential reduction in value of the J. Edgar Hoover property that developers were to receive as part of this procurement."

The last concern is because of the unique nature of what the government had been attempting to do — sell the valuable land under the Hoover building to developers — to cover part of the cost of constructing a new headquarters in the Washington, D.C., suburbs.

The structure is located on Pennsylvania Avenue, between the White House and the Capitol, and coincidentally, directly across the street from President Trump's Trump International Hotel.

Lawmakers from Maryland and Virginia, who had hoped to land the new building and thousands of jobs in their districts, were dismayed by the Trump administration's decision to cancel the project, which would have potentially meant big changes to the property.

A site in Democratic Rep. Gerry Connolly's suburban Virginia district was one of the finalists. Connolly called it "devastating news." He cited "insurmountable" conflicts between the president and one of the developers being considered for the project, Vornado Realty Trust, which was founded by Steven Roth, an economic adviser to the Trump campaign, and who, according to the Washington Post, co-owns a building with Trump and other properties with Trump's son-in-law Jared Kushner.

Sen. Chris Van Hollen, D-Md., pointed to Trump's firing of former FBI Director James Comey, who had pushed hard for a new building. Van Hollen tweeted "This shameful action follows Trump's firing of Comey-demeaning the men & women of the FBI & eliminating funding for the new FBI HQ in his budget."

Van Hollen said he would "continue working...to ensure a fully consolidated FBI HQ comes to fruition," and the GSA said it will also work with the FBI to address the Bureau's space requirements.

But the administration's action means the FBI will continue to call the Hoover building, what some have called a Brutalist eyesore, home for the foreseeable future.