Accessibility links
New Senate GOP Health Care Bill To Be Released Thursday The new bill will be released Thursday and could come to the floor next week. Majority Leader Mitch McConnell has also delayed the Senate's August recess by two weeks. 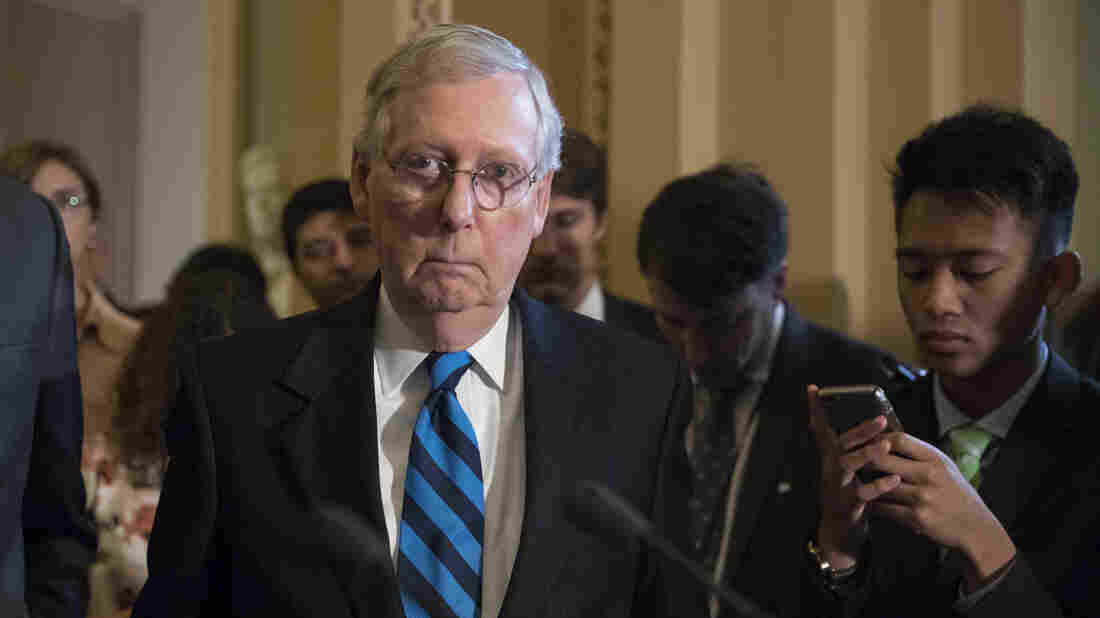 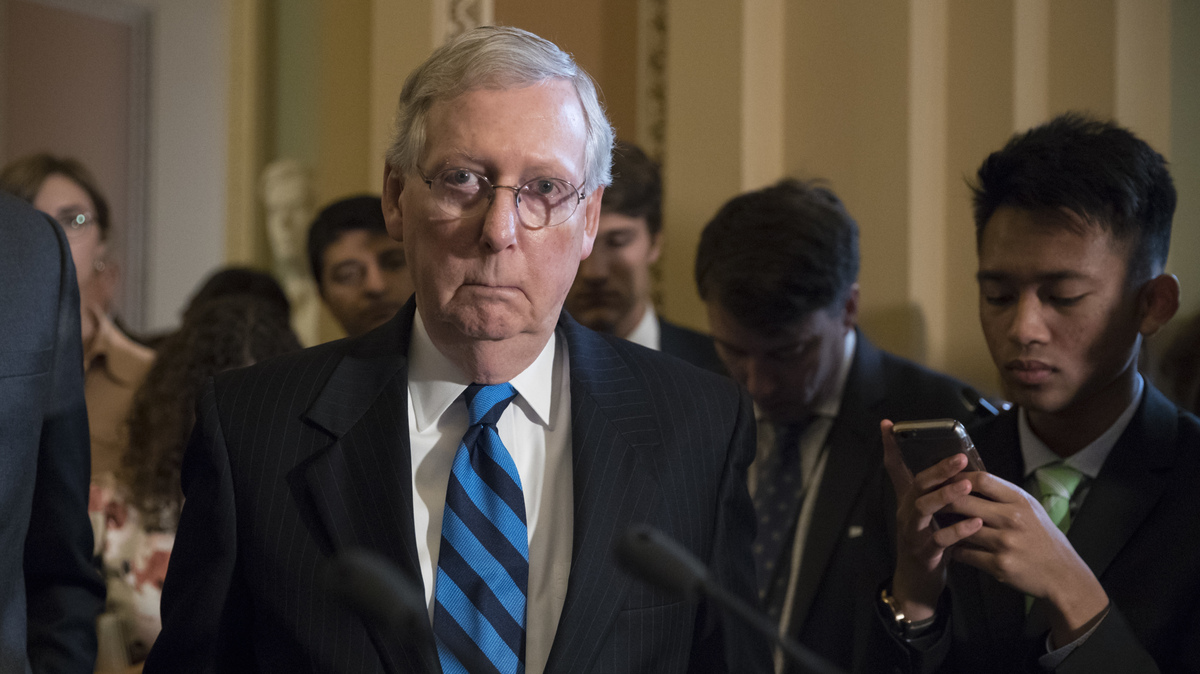 Senate Majority Leader Mitch McConnell, R-Ky., plans to release an updated Republican health care bill on Thursday and is delaying the body's annual August recess by two weeks in an effort to generate momentum for the beleaguered legislation.

"In order to provide more time to complete action on important legislative items and process nominees that have been stalled by a lack of cooperation from our friends across the aisle, the Senate will delay the start of the August recess until the third week of August," McConnell said in a statement. Originally senators were supposed to head home at the end of July.

Americans Don't Want Senate's Health Care Plan, But It's Unclear What They Do Want

The GOP will also release an updated version of their Better Care Reconciliation Act, which so far has drawn opposition from both moderate Republicans who say it goes too far in reducing Medicaid funding and conservatives who argued the bill doesn't go far enough to fully repeal regulations and subsidies in the Affordable Care Act, or Obamacare.

McConnell had wanted to have a vote on the bill before the July 4th recess, but he didn't have the votes he needed to pass it after at least five GOP lawmakers came out against the current version. There are currently 52 Republicans in the Senate and 50 need to support it to pass.

A revised Congressional Budget Office score, showing the costs and impact on coverage of the new version of the bill, is expected on Monday or Tuesday of next week. The CBO score of the first version found that the BCRA would leave 22 million more people uninsured by 2026.

A vote on a motion to proceed on the revised bill is expected by the end of next week. If that preliminary procedural measure passes, there will be debate on the bill that could go on for days.

Some Senators have already begun offering alternatives which could make it into the revised bill. Sens. Ted Cruz, R-Texas, and Mike Lee, R-Utah, have an amendment which would let insurance companies sell any health insurance plan they wish as long as they also offer at least one plan that is compliant with all of the coverage mandates outlined in Obamacare.

That would allow insurers to offer plans that do not comply with ACA regulations, like providing so-called "essential health benefits," and would therefore provide less robust coverage and cost less. Critics say it will cause costs for people with pre-existing conditions who need more services to rise sharply, undermining protections in place for them.

The White House supports the amendment, and Cruz told reporters on Tuesday that he believes that plan is the key to a deal.

"I think the reason is that it is the necessary ingredient to getting the votes that we have to have to follow through on our commitment to repeal Obamacare," Cruz said. "I believe we can get there. It remains challenging. More work remains to be done. But there is a path forward."

GOP senators are already warning that failure to uphold their seven-year campaign promise to repeal and replace Obamacare could have reverberations with their base.

"We should not be surprised if people are irritated with the Republican majority when we have been promising, and we do not deliver," Sen. Chuck Grassley, R-Iowa, said on Fox News Tuesday. "I am very pessimistic."

However, the bill overall has little support with the American public. An NPR/PBS NewsHour/Marist poll earlier this month found just 17 percent support the Senate GOP bill, and that even GOP support for it is soft.

Ultimately, if this doesn't work, Republicans may need to find a way to bring Democrats to the table, and Sen. Lindsey Graham, R-S.C., has hinted he's working on a way to do just that in the coming days.

"We're not there yet, but we're working with governors, and we may be taking some of the critics of the current bill and converting them to supporters," Graham told reporters on Tuesday.