Accessibility links
Mura Masa's Quiet 'Second 2 None' Is A Tribute To Underground London Héloïse Letissier, the magnetic French pop sensation behind Christine And The Queens, sings over a masterful mix of styles and sounds inspired by London's vibrant underground.

Songs We Love: Mura Masa, 'Second 2 None (Feat. Christine And The Queens)'

Songs We Love: Mura Masa, 'Second 2 None (Feat. Christine And The Queens)' 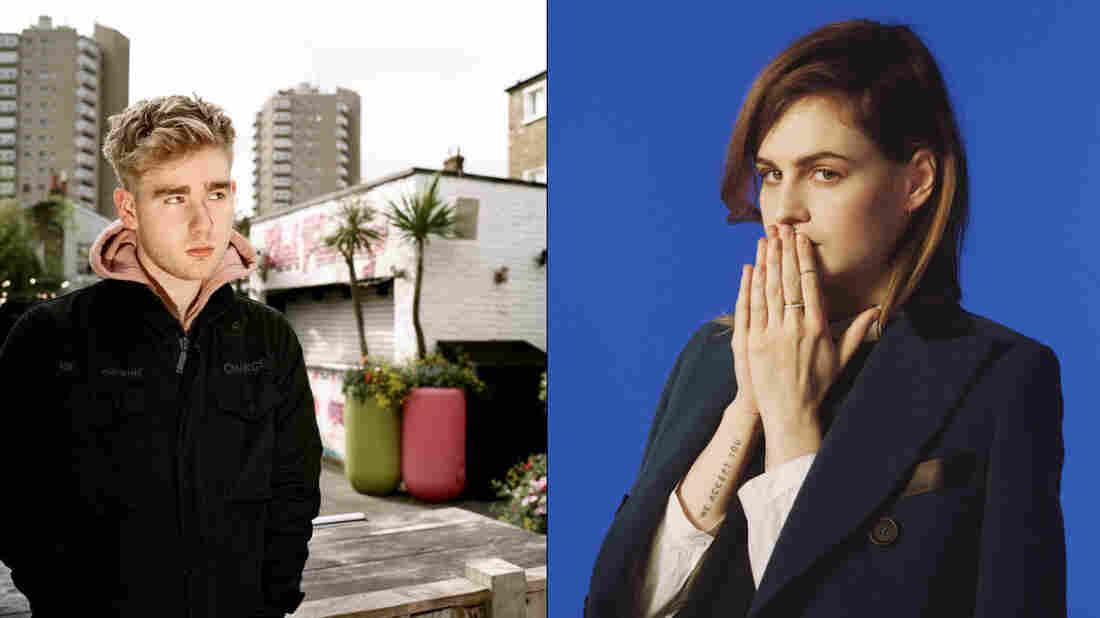 Mura Masa (aka Alex Crossan) and Christine And The Queens' Héloïse Letissier recorded "Second 2 None" in one take. Courtesy of the artists hide caption 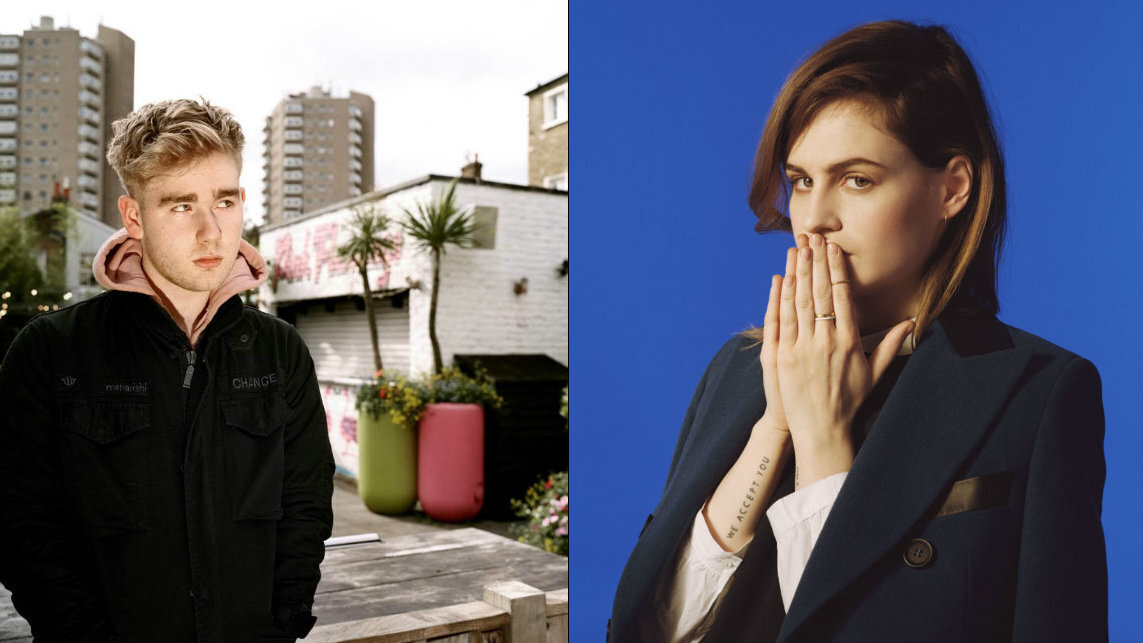 Mura Masa (aka Alex Crossan) and Christine And The Queens' Héloïse Letissier recorded "Second 2 None" in one take.

In January, Alex Crossan — the Guernsey-born, London-based DJ and producer known as Mura Masa — exhaled for what felt like the first time in two years. He'd finally put the finishing touches on his self-titled debut album, which is packed with A-list guest stars like A$AP Rocky, Damon Albarn (Blur, Gorillaz) and Charli XCX. It was a feat of studio wrangling and high-pressure post-production, and at last, he was done.

Then, he received an email from Héloïse Letissier, the magnetic French pop sensation behind Christine And The Queens. She was in London and finally free to record. "I felt deflated," the soft-spoken Crossan tells NPR. He'd been itching to collaborate with her for months, but worried it was now too late to make the album. Still, he went, and found Letissier at the studio two steps ahead. She'd taken a looping sample he'd sent her for inspiration and written a whole song from it. They recorded "Second 2 None" in one take. Crossan, a little stunned, suggested they record it one more time, and perhaps track some harmonies. "She nailed them all, exactly the same," he said. "I only hit the record button four or five times. It was silly."

Of course, much of the magic of Mura Masa happens in post-production. After traditional recording sessions, Crossan turns his studio into a test kitchen where he digitally enhances and distorts each ingredient until he's created something entirely new. The album, a dazzling tribute to London's rich multiculturalism, is a feast of sounds and flavors, with breathy wind instruments, click-clacking percussion and whizzing synths that dramatically zip and dip like paper airplanes.

"Second 2 None," one of the project's more nuanced pieces, is a masterful mix of styles and sounds inspired by London's vibrant underground, which profoundly impacted Crossan when he moved two years ago. The song's sped-up breakbeats echo rhythms in jungle music and are a nod to '90s rave culture. The clinking beats nod to Wiley, the iconic East London artist widely considered the godfather of grime, he says. The steel drums recall when Crossan first moved to Brixton and lived near the tube station, where a Caribbean band often busked. ("I couldn't help but pause to listen every time I walked by," he says. "It's such a dynamic sound, it's percussive and melodic at the same time.") Digital flutes provide a perfect complement to the song's charming, emotional sensibility, which is, of course, thanks to Letissier.

"The way she elongates syllables, the way she winds down from note to note, it's such a romantic attitude," he says. "It's this thing she can't help, which is that she's just so quintessentially French."

That Mura Masa reflects its guest artists as much as Crossan was a conscious choice. "I meet everyone I work with halfway," he says. "Usually, I'm known for one thing and they're known for another. If we pull each other out of our comfort zones, we can make something totally new." Bon Iver and Tame Impala are longtime inspirations; both groups are known for epic musical projects with a polymath at the center, to which Letissier can surely relate. And although there was talk of Christine And The Queens taking the song on the road, which Crossan said would be a "dream come true," he foresees several live interpretations of the album.

"I suppose my approach to performing music mirrors my approach to making it," he says. "I don't think there's only one single way to do it. It has to be an evolving thing."