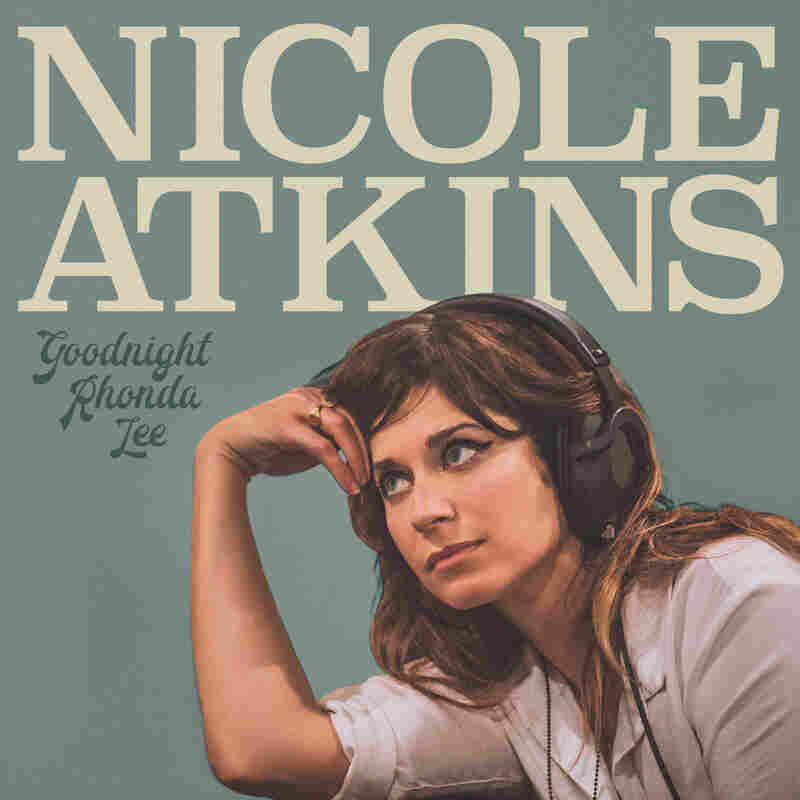 When musicians take inward turns and begin penning lyrics that scrutinize the lives they're living, they'll often underscore the maturation and sophistication of their perspectives by striking a pensive tone. That way we'll hear how serious they are about doing away with facades. But that's not the only method of making artistic use of personal catharsis.

The Jersey-bred, Nashville-based theatrical pop singer-songwriter Nicole Atkins devotes much of her fourth album to emotional excavation without ever assuming the subdued posture people might expect from a work of disclosure. In the press materials accompanying Goodnight Rhonda Lee, she wastes no time establishing that the 11-song set depicts high-stakes personal struggles. Only Atkins doesn't treat getting sober and navigating major life transitions, like getting married and moving 900 miles away, as a somber affair.

In the title track, a Latin-tinged retro pop number, Atkins dramatizes an inner dialogue with her wilder side. She inhabits the role of the levelheaded soul trying to drag an unhinged friend away from a party. "You're holding on tight to a life you outgrew," she lectures with a vinegary-sweet mixture of empathy and exasperation. "How many times can I remind you to breath? Say goodnight, say goodnight, say goodnight, Rhonda Lee." It plays out like a tragicomic confrontation between characters in conflict, as opposed to, say, a chastened reflection. As Atkins explains in her album bio, "Rhonda Lee was kind of my alias for bad behavior, and it was time to put that persona to bed."

In "Listen Up," Atkins berates herself for learning life lessons the hard way, but her delivery of the soul-pop song vacillates between sounding on edge, lusty and provocative. Dark humor lurks behind the dire imagery of "Dream Without Pain," a torchy ballad swimming in reverb and steel guitar. "May my path be lit up by the bridges that I've burned," she sings, sounding fetchingly melodramatic.

Atkins has come at each of her albums from different angles stylistically, harmonizing her sensibilities with those of various vintage approaches to record-making. This time, she sought out the crew at Fort Worth's Niles City Sound, whose fastidious work with smooth soul man Leon Bridges brought them to the attention of the broader world.

Though Atkins' album is animated by a spirit of impulsiveness, it's also very much the product of artful craft, burnished not only by the symphonic production, but her Brill Building-style grasp of rich melody and sturdy structure. During "Colors," a confession of precarious sobriety, she's accompanied solely by piano and strings, and suggests the expressive dexterity of a Broadway performer. "Everywhere I go," she confides, her voice husky with trepidation, "the only things I see are glowing brown and green. The bottle's gonna kill me."

She amplifies the uneasiness of being separated from a lover's stabilizing presence in the funky, strutting "Darkness Falls So Quiet," reserving the grit in her vocal timbre for the toothsome chorus. During the grand pop ballad "A Little Crazy," which she wrote with Chris Isaak, she feigns regret for wearing her anguish so openly, but sings like she won't make it through without that emotional release. "Oh please, if you see me cry, I apologize," she entreats, splitting the word "cry" between three inflamed, full-throated notes. "I'm a little crazy, crazy, crazy."

Audacious is more like it, and her album's all the more riveting for her resistance to being buttoned-up.