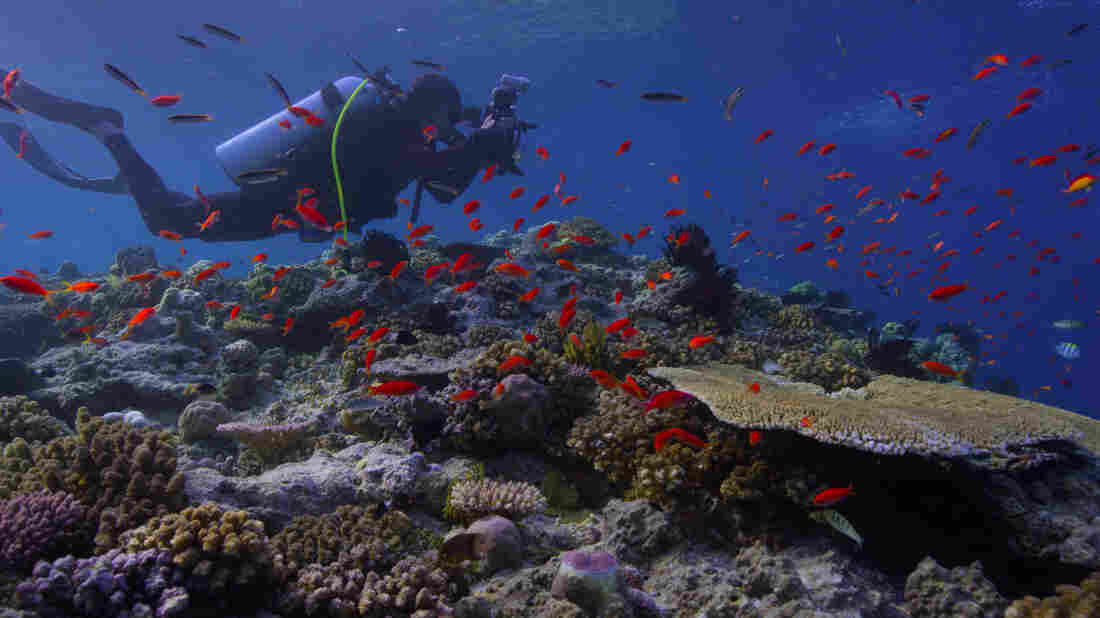 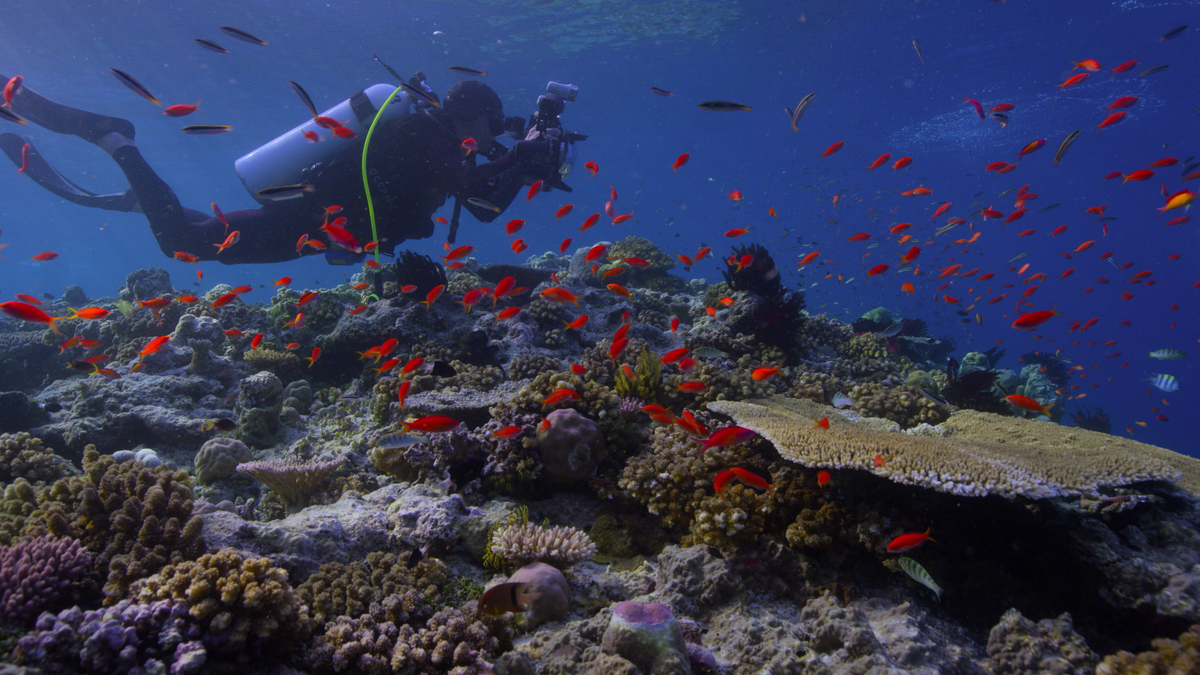 Chasing Coral follows a team of researchers and filmmakers as they document coral bleaching events.

It would be nice to believe that the reason humanity has taken next to no action to halt the destruction of the world's oceans is because we simply haven't seen the damage report. That argument held more water (sorry) back in 2004, when Davis Guggenheim and Al Gore made An Inconvenient Truth, a film that sought to raise awareness of man-made climate change in the hopes that a momentum would build to reverse the tide and slow the warming of the planet. More than a decade later, as our atmosphere's carbon dioxide levels keep climbing at unprecedented rates, it's clear that widespread unawareness has been replaced by a widespread apathy. We know all too well what's happening, and we don't care enough to work together to stop it.

But no self-respecting environmental filmmaker is prepared to just sit around waiting for the world to immolate. So the new Netflix documentary Chasing Coral should be admired as an earnest effort to educate the masses, yet again.

The premise: An advertising executive named Richard Vevers decided several years ago to quit the ad business and devote his life to ocean conservation, both because he was getting fed up with the corporate world and because he decided the issue of marine catastrophe was essentially "an advertising problem." He's particularly fascinated by coral, the colorful and immensely photogenic invertebrates who form the backbone of ocean ecosystems. So Vevers assembles a crew of researchers and underwater photographers to document the process of coral bleaching, the mass ocean epidemic where coral polyps release too much of their algae and starve themselves (thus losing all their color, and ultimately, their life).

Scientists are unequivocal about the cause of the bleaching: Our oceans are warming, because they are absorbing more and more greenhouse gases as humans release massive, harmful amounts of carbon into the atmosphere. The more they heat up, the more algae the coral polyps must release to ensure their own short-term survival — but coral can't survive long-term in such warm temperatures. It's estimated that close to half of the coral in the Great Barrier Reef alone have died in the last 18 months. Things have gotten so bad that the terms of the debate have now shifted among coral scientists: Rather than try to restore the reefs, some simply hope to keep the remaining healthy reefs in functional condition.

Vevers aims to photograph some of the world's most majestic reefs, using specially equipped underwater cameras that look like crystal balls from a Pirates of the Caribbean movie. Armed with these visuals, he hopes to demonstrate to the public that the coral is dying before our very eyes — thus solving the "advertising" problem.

It's the same approach that nature photographer James Balog used to demonstrate the rapid melting of glaciers in the 2012 documentary Chasing Ice, so it's no wonder the same director, Jeff Orlowski, also helmed this one. (Vevers himself recounts, unnecessarily, how he watched Chasing Ice on a plane and then hired Orlowski for his own chase.) The narrative here is less engrossing than the daredevil glacier-scaling from Orlowski's earlier film, but the process is largely the same: Focus on the researchers and adventurers, dissect the particulars of their quest to capture evidence of this phenomena (in this case, having to rely on manual time-lapse photography after the automated options fail to work properly), intersperse with the science behind all the destruction, and end with the idea that the presentation itself is a kind of victory.

As it goes over the documenting process, the film does a useful job of informing us why coral is so important, showing how it provides sustenance to fish who then become food for other animals and humans. And that's to say nothing of the tourism dollars at risk. But the climactic unveiling, when the research team can finally show off their hard-earned images of vanishing coral, takes place at... a coral reef symposium. Not exactly the folks who need the most convincing right now.

It's all the sadder because the film assembles a team of folks who are truly passionate — even geeky — about our underwater biodiversity. Zackery Rago, the younger researcher who helps carry the weight of their enormous task, calls himself a "coral nerd." Rago, it turns out, idolizes an older coral scientist named Dr. John Veron, the original "coral nerd" who discovered around 20 percent of the world's reefs. It's bittersweet when they meet for this project and commiserate over the seeming futility of their shared mission.

Veron may have spent his life witnessing the death of the giant ecosystem he just recently discovered, but he, at least, got to see it first.

A previous version of this review incorrectly identified the nature photographer whose work is featured in the 2012 documentary Chasing Ice. His name is James Balog, not Jason Balog.