Accessibility links
The Old School: Classic Strips That Continue To Shape Comics When we asked readers to name their favorite comics, many classic, hugely influential newspaper strips got nudged out of the running. We thought we'd give them a shout-out. 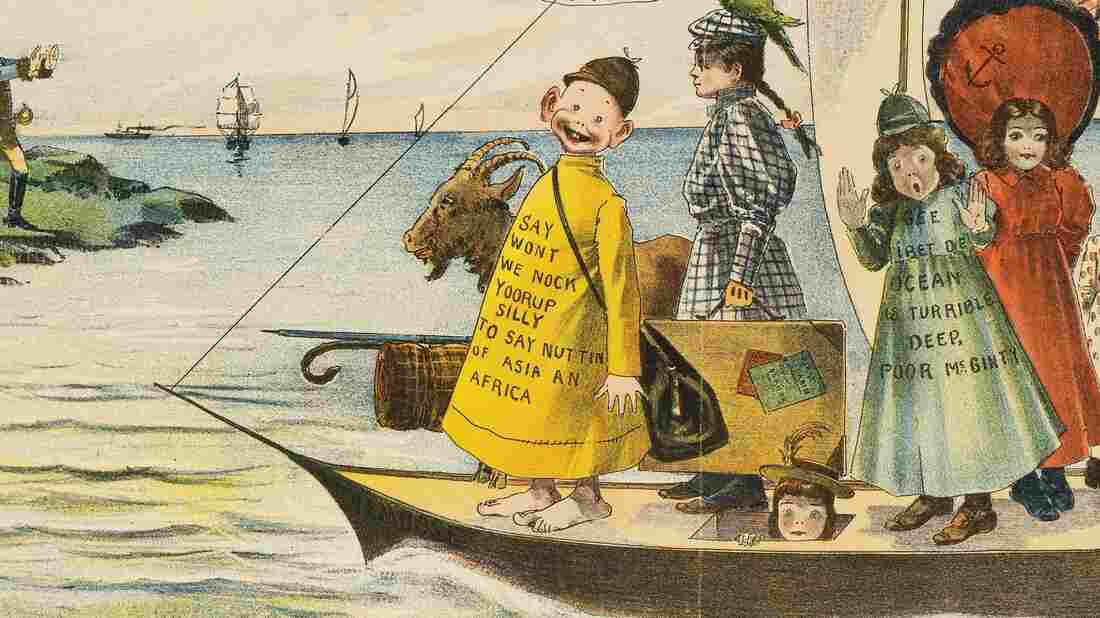 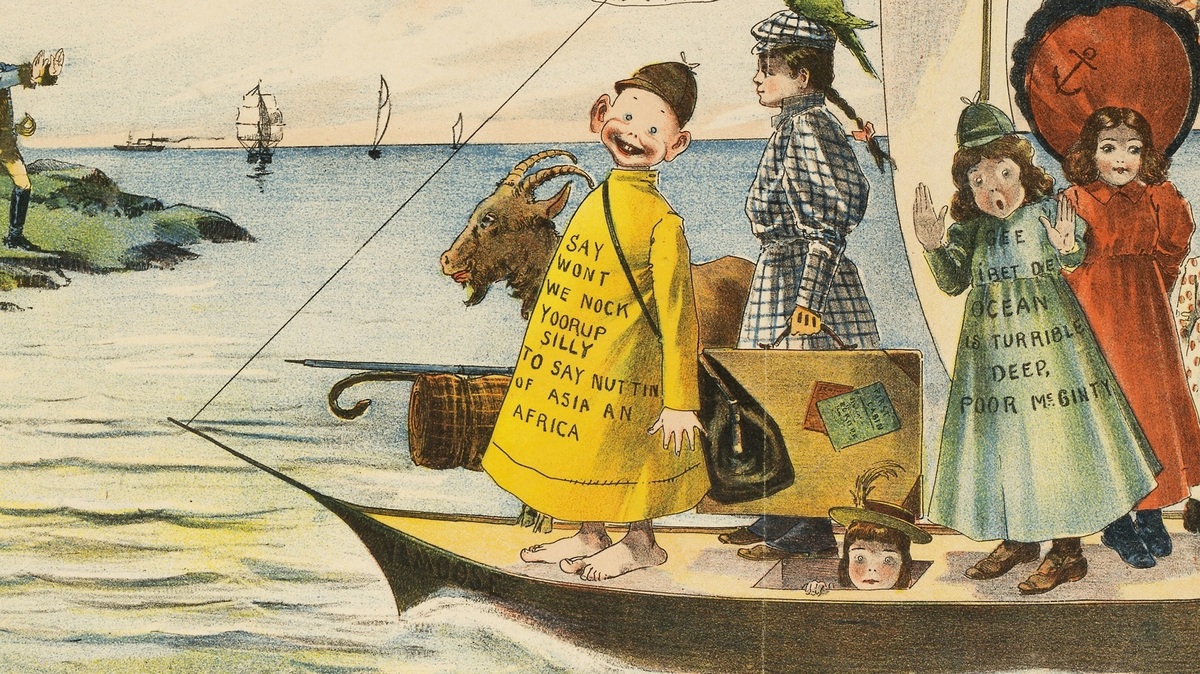 As you may have heard (AND I DEARLY HOPE YOU FRIGGIN' HAVE), our Summer Readers' Poll on Comics and Graphic Novels came out yesterday. You cast thousands of votes, and a crazily accomplished judging panel (which, due to some egregious error in the vetting process, also included me) combed over the top vote-getters, spent hours on the phone arguing for or against each one ... and then threw in some of their personal favorites.

The result: One hundred favorite comics — a list that includes well-loved classics and some charmingly personal, idiosyncratic picks.

But as NPR Books editor Petra Mayer noted yesterday, the nature of any list is that some stuff gets left off. Given the voting pool demographics — and the fact that we asked them to name the comics for which they felt an enthusiastic personal connection — many of the comics that have, shall we say, faded from currency, didn't get enough votes to earn a place on the list.

To be fair, several old-school, formative comics did manage to crack the top 100, a testament to their timelessness and enduring popularity: Krazy Kat, Carl Barks' Disney duck comics, Popeye, Little Lulu, Peanuts, Pogo, and ... uh ... Mary Perkins, On Stage. (No, yeah, I hadn't heard of it either; that was a pick by one of our panel judges, the redoubtable Maggie Thompson.)

But many other comics that helped create and establish the medium of comics didn't. So we wanted to give some of them a quick shout-out.

1842: The Adventures of Mr. Obadiah Oldbuck

Swiss cartoonist Rudolphe Topffer first published this "picture story," fusing words and images to tell a picaresque comic tale involving a love triangle and a series of daring escapes, in various European outlets in 1837. An English translation appeared in Britain in 1841; a New York paper published that translation as a supplement the following year, making it the first comic strip — and, if you wanna get technical, comic book — published in the U.S.

The entire slim volume has been published online by the Dartmouth College Library.

Cartoonist Richard Felton Outcault's creation — a bald-headed, big-eared child named Mickey Dugan, whose dialogue appeared on the bright yellow nightshirt he wore at all times — originated in a strip called Hogan's Alley, set among several New York tenement buildings. It may not surprise you to learn that the Kid — the first-ever breakout character in an ongoing comic strip — was also a merchandising phenomenon: Yellow Kid cigarettes! Yellow Kid gum!

Created by Rudolph Dirks, The Katzenjammer Kids focused on Hans and Fritz, a pair of incorrigible trouble-making twins and their perpetually flustered father figure, a sea captain known, given the strip's German-accented dialogue, as Der Captain. 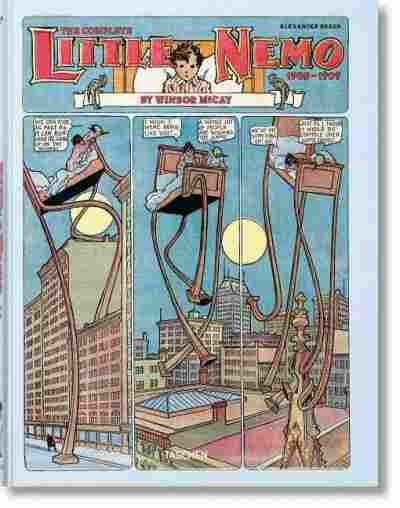 Shame about that Jungle Imp character, though, who serves as a cold reminder that blithely racist stereotyping has been a part of the visual language of the comics medium since its inception.

Don't recognize that title? Maybe you're more familiar with the man who wrote and drew it: Rube Goldberg. Goldberg became a household name with his painstaking renderings of fancifully complicated machines that served mundane, practical purposes.

This seminal newspaper strip, created by Frank King, received not a single vote in our poll, but there was a time when its characters were among the nation's major pop-culture figures. When a baby named Skeezix was added to the strip in 1921, Gasoline Alley's characters began to age in real time, transforming the series from a slew of gags about car-obsessed men in a garage into a multi-generational saga whose characters grew and evolved along with its readership.

A frizzy-haired, scarlet-decked, creepily dead-eyed ragamuffin created by Harold Gray. Annie's pluck and gumption and whatnot endeared her to millions, particularly during the Great Depression, and launched her onto the radio, the Broadway stage, and the silver screen. 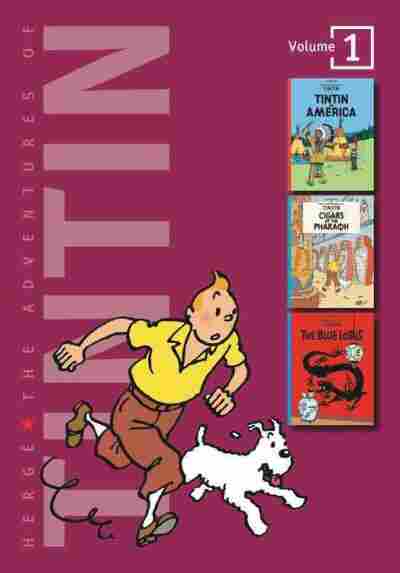 (Hot tip: Skip Tintin in the Congo. Trust us.)

Chester Gould's square-jawed, square-nosed, square-shouldered, square-everythinged detective is remembered fondly for his rogues gallery, who are as expressive and garish and weird as Tracy himself is ... absolutely the opposite of all of those things.

Most notable, perhaps, for Bushmiller's sense of design, which distilled American suburbia into its brightest, most essential signifiers in ways that have inspired later cartoonists from Charles Schulz to Chris Ware.

But it's Raymond's dynamic art that stands out, when you look back at the strip today. Batman co-creator Bob Kane certainly thought so — he regularly traced Flash Gordon panels, without crediting them, as he drew his Batman. (In fact: the iconic cover of Batman's debut, Detective Comics #27, depicting the Caped Crusader swinging across the night sky? Traced from a January 1939 Flash Gordon strip.) 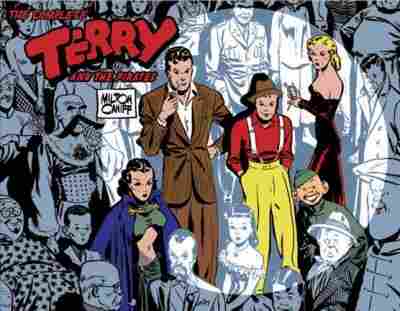 Milton Caniff's two-fisted action adventure strip about a boy named Terry, his frequently stripped-to-the-waist mentor Pat, and — regretfully enough — a Chinese man name Connie who speaks, well, pretty much like you'd imagine a Chinese character would speak in an American-made comic strip from the 30s and 40s. More's the pity.

The real draw here is Caniff's hugely influential art. Caniff, along with Hal Foster and Alex Raymond, collectively created the essential visual language of American adventure comics. You can still see it everywhere; his influence endures.

The Arthurian knight with the second-best sword (the singing blade Flamberge) and first-worst hair (a deeply unfortunate bowl cut), Hal Foster's Prince Valiant unspooled its sprawling story over the course of more than 4000 strips. Foster's art, which features notably heavy linework, is all about scope — vast vistas open before us on the page, expansive battle scenes stir our hearts. Some of the most visually striking images to ever appear in the Sunday funnies.

Created by Rene Goscinny and illustrated (initially) by Albert Uderzo, this internationally renowned and beloved French-Belgian strip spans 36 volumes and counting. In 50 B.C., brave Asterix the Gaul defends his beloved village from Roman invasion with a little help from his amis.

Say this much for everyone's favorite tic-tac-toe-headed teen: He's got staying power. By serving up bright, cleanly designed, achingly dependable gags about teendom in America, Archie and the gang have braved the choppy waters of a tempestuous media landscape.

When superhero comics fled from drugstore racks and grocery aisles in the 70s and 80s, Archie stayed put. As a result, harried parents still grab thick digests filled with Archie's adventures whenever they want to keep their kids from making a scene in the check-out line. They know exactly what to expect from the Riverdale crew, because they grew up with them, too. That's a formula for permanence.

(Of course, there's a lot more adult-oriented stuff going on in and around Riverdale these days, both on comic stands and on television. But that's a separate issue.) (Literally.) 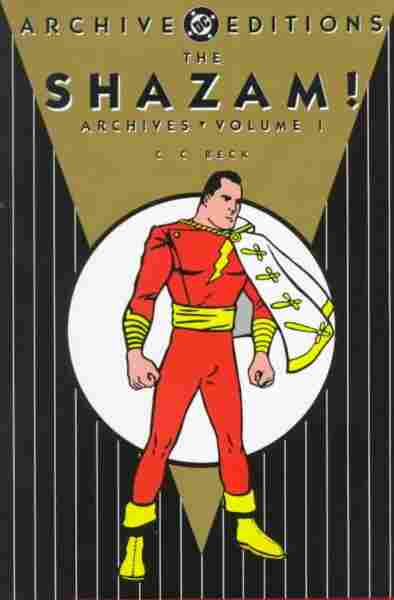 Not a newspaper strip, but a comic book starring Captain Marvel, created by writer Bill Parker and artist C.C. Beck. Cap quickly became the top-selling superhero in the world — beating Superman by millions of copies every month, for several years in a row. DC successfully sued Cap's publisher, and his book was eventually cancelled.

He's since been brought back, under the DC Comics banner; in the contemporary DC universe, however, he's a perennial deep-bencher. But we thought it worth it to remind you that there was a time when the Man of Steel struggled to play catch-up to the Big Red Cheese.