Accessibility links
The FBI's 'G-Man' Archetype Is Pervasive in American Popular Culture Especially TV And Movies The early years of the FBI coincided with the start of the comic book era, which inspired J. Edgar Hoover to take advantage of the new medium, according to the author of The Secrets of the FBI. 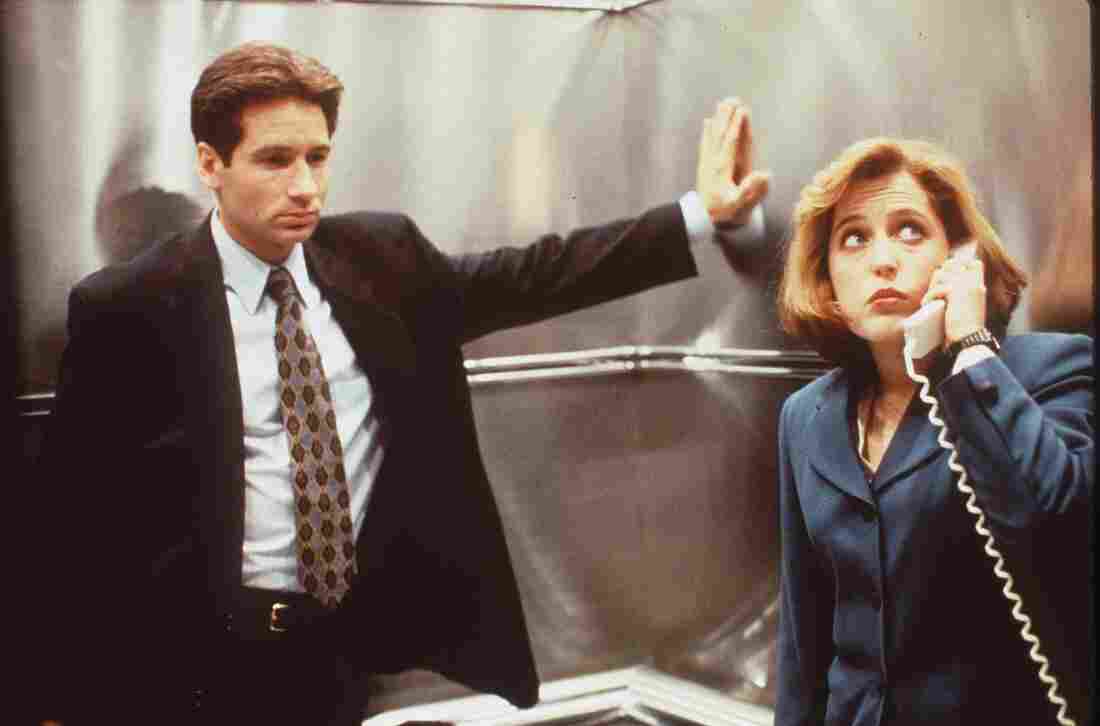 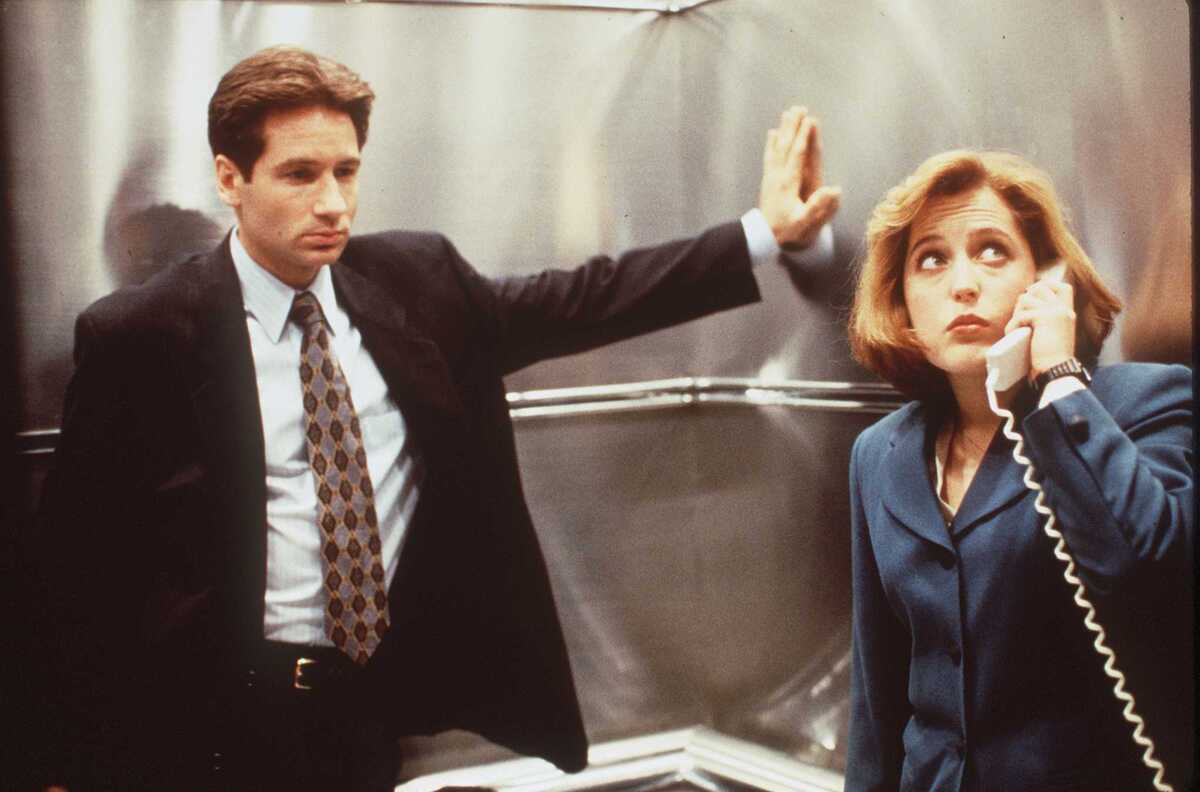 David Duchovny and Gillian Anderson star in the television show, The X-Files, where they played FBI agents.

There's an image that probably comes to mind anytime there are big headlines about the FBI: A lawman in a dark suit, crisp white shirt, sensible shoes and a sharp crew cut. Basically, the exact look James Cagney sported in the 1935 classic film G-Men — except his included a fedora because ... the 1930s.

That archetype of the clean-cut, indefatigable and incorruptible agent was largely the invention of J. Edgar Hoover, who led the FBI for 48 years, from May 1924 to May 1972. In addition to his position leading the Department of Justice's top law enforcement unit, Hoover also championed it as a pseudo-Hollywood producer.

The early years of the FBI coincided with the start of the comic book era, which inspired Hoover to take advantage of the new medium. According to Ronald Kessler, author of The Secrets of the FBI, Hoover correctly perceived this was a direct channel to shaping the hearts and minds of young Americans, and that led him to take an active role in creating characters that depicted FBI agents as modern-day knights.

"He realized that he could create these images of the G-Men as superheroes like Superman," said Kessler. They had a brand of their own: "G-Man" stands for "Government Man."

And it worked, Kessler argued — Hoover's foresight, use of comics, radio and movies helped to instill a deep trust in the agency and its mission among a whole new generation.

"That helped him stay in office and also helped the FBI do its work, because if people trust the FBI they're going to be more likely to cooperate and give tips," said Kessler.

Luckily for Hoover, said Kessler, the truth about the infamous FBI director's illegal investigations, instances of possible blackmail and improper espionage against Americans didn't come to light until after his death.

More recently, and without Hoover's guiding hand, Hollywood has suggested that there are special agents devoted to the paranormal — as in an "X-Files" division.

But when pressed if that kind of department exists today or ever did, Kessler delivered an unequivocal and emphatic, "No!"

A second source, however, wasn't so definitive.

Annie Jacobsen, a journalist who covers national security and author of Phenomena: The Secret History of the U.S. Government's Investigations Into Extrasensory Perception and Psychokinesis, believes the FBI must have had a department like the one for which TV's Special Agents Fox Mulder and Dana Scully worked. And it still could.

"My reasoning is that we know there is that department inside the CIA and also inside the Pentagon. And history tells us that this department existed in [the FBI] in the 50s," she said.

Her book is a deep dive into the CIA and Pentagon programs that sought to train people in the arts of mind-reading and moving objects with their minds.

"The FBI always likes to keep up with what's going on in the intelligence community and their partners over at the Pentagon," said Jacobsen. "To imagine that the department went away is sort of less believable."

Then there are the fictionalized representations of the Bureau's profilers, whom audiences love — and network executives love that audiences love them. Perhaps the most famous of these was, technically, a trainee — Clarice Starling, a dogged naif pulled from the FBI Academy and assigned with trying to track down a skin-suit-making serial killer in The Silence of the Lambs.

Funny-not-funny side-note: Clarice, in all of her padded-shoulder glory, would not have been able to go after Buffalo Bill under Hoover's leadership of the FBI. Women were not allowed to become special agents until 1972, after Hoover died and L. Patrick Gray took over. Until then, women at the FBI were relegated to secretarial positions, which, we've learned from Martha on The Americans, could be a difficult workplace for women.

(Martha, if you're reading this, send us a postcard from Russia!)

Obviously, neither Starling nor Scully and Mulder nor even surfer/undercover Agent Johnny Utah will be reporting to Christopher Wray, the man on track to be confirmed by the Senate to take over the FBI after former Director James Comey was fired two months ago. But one man who could be is acting Director Andrew McCabe — who looks like he's straight out of central casting, complete with those horn-rimmed glasses.

In testimony before the Senate Intelligence Committee in May, just days after Comey was sacked by President Trump, McCabe had this to say about the agency: "You cannot stop the men and women of the FBI from doing the right thing, protecting the American people and upholding the Constitution."

Now that's a line worthy of the movies.