Accessibility links
Trump Says He Would Invite Putin To White House 'At The Right Time' When asked about such an invitation, Trump said, "I don't think this is the right time, but the answer is yes." He still would not state unequivocally that Russia interfered in the U.S. election. 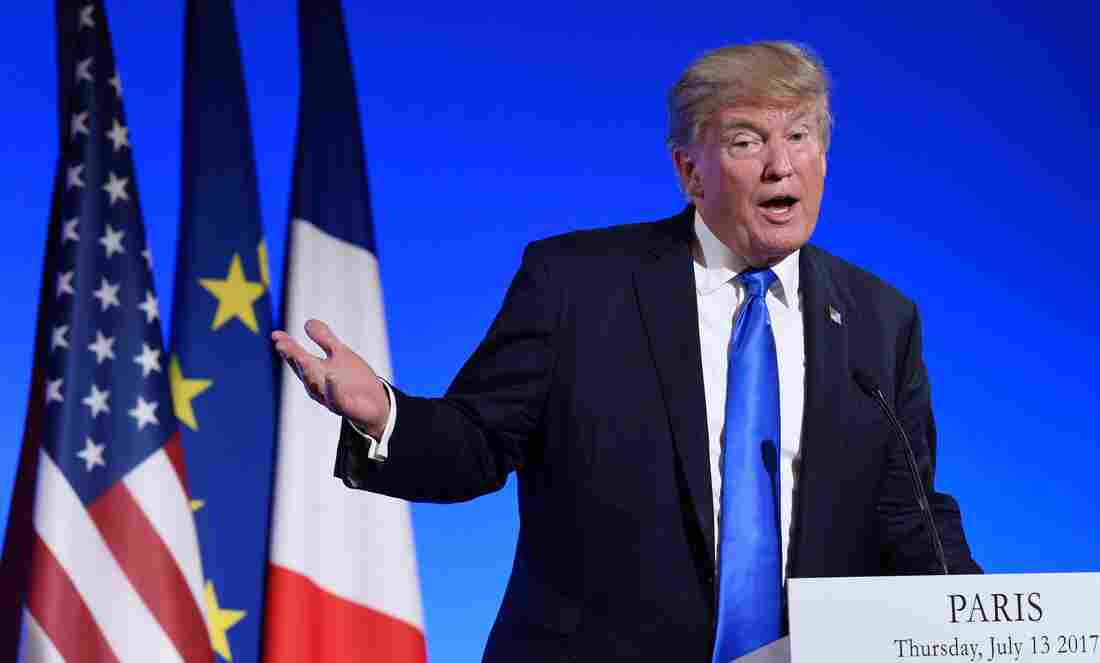 President Trump holds a press conference with French President Emmanuel Macron at the Elysee Palace in Paris Thursday. The previous night, he told reporters on Air Force One he would be willing invite President Putin to the White House "at the right time." Saul Loeb/AFP/Getty Images hide caption 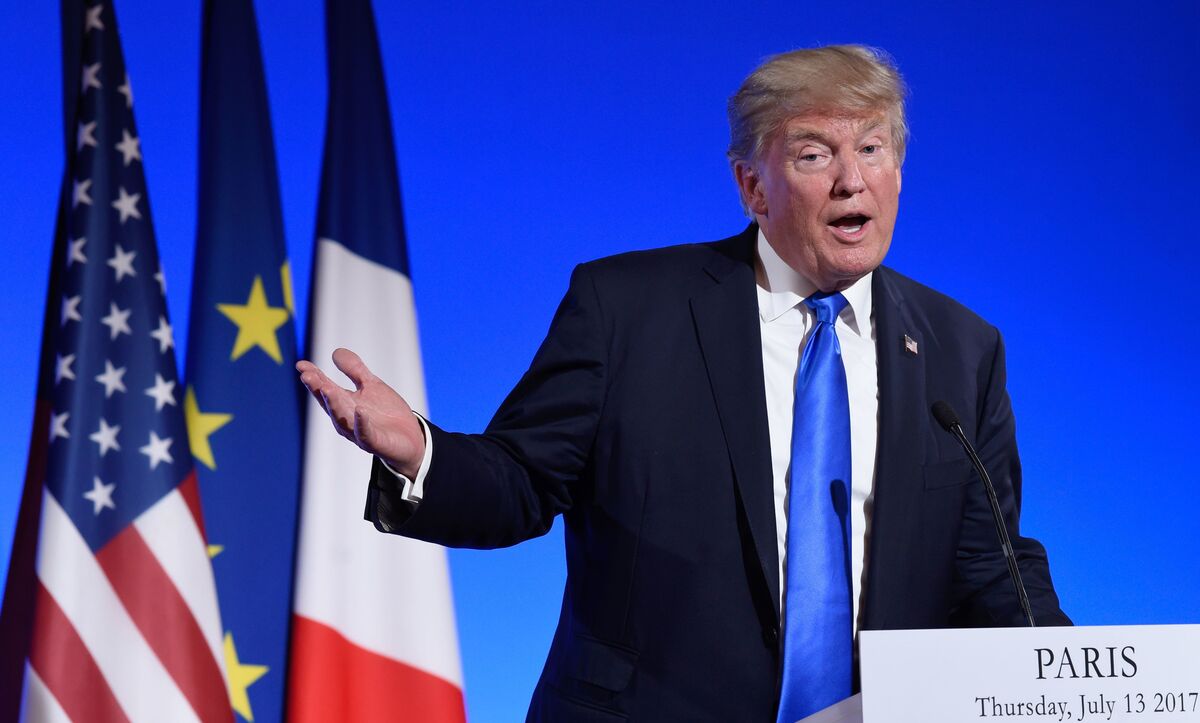 President Trump holds a press conference with French President Emmanuel Macron at the Elysee Palace in Paris Thursday. The previous night, he told reporters on Air Force One he would be willing invite President Putin to the White House "at the right time."

President Trump said he would invite Russian President Vladimir Putin to the White House "at the right time" when asked by a reporter on Air Force One Wednesday night.

"I don't think this is the right time, but the answer is yes I would," he said, according to a pool report released on Thursday. "Look, it's very easy for me to say absolutely, I won't. That's the easy thing for me to do, but that's the stupid thing to do."

Trump also continued to be evasive about whether he believes Russia interfered in the 2016 presidential election on his behalf.

The comments follow a major development in the Russia-election saga this week, with revelations that Donald Trump Jr. met with a person in 2016 who he was told was working on behalf of the Russian government to help Trump's campaign.

President Trump defended the meeting again on Thursday. "Honestly, in a world of politics, most people are going to take that meeting," he said, reiterating comments he made on Wednesday to Reuters and in Paris on Thursday during a joint press conference with the French president.

Amid ongoing investigations into Russian meddling and potential ties to the Trump campaign, Trump maintained, "There's no collusion, there's no obstruction, there's no nothing. Honestly, the whole thing, it is really a media witch hunt."

Trump has equivocated on Russia's role in the election, even contradicting his own intelligence chiefs. Though he says he pressed Putin on meddling during their meeting at the Group of 20 economic forum in Germany on July 7.

He told reporters on Thursday that he couldn't believe that Putin would have favored him over Democratic rival Hillary Clinton, as the intelligence community has concluded.

In the conversation with reporters, which lasted about an hour, the president also discussed health care, border security and trade.

Health care, Trump noted the night before Senate Republicans released an updated revision of their bill, is "the only thing more difficult than peace between Israel and the Palestinians."

The amended Senate proposal includes provisions to appease both moderate and conservative Republicans who had concerns, but the legislation's future is still uncertain with two senators expressing their intention to vote against letting the bill move forward. That is all Senate leadership can lose to still pass the bill.

As Trump told reporters Wednesday, "You get a couple here and you say, great, and then you find out you just lost four over here. Health care is tough."

On the border wall, Trump said, "There is a very good chance we can do a solar wall" at the U.S.-Mexico border.

Trump described such a wall in June: "It creates energy, and pays for itself. And this way Mexico will have to pay much less money, and that's good."

On Wednesday, the president added, "One of the things with the wall is you need transparency. You have to be able to see through it. ... As horrible as it sounds, when they throw the large sacks of drugs over, and if you have people on the other side of the wall, you don't see them — they hit you on the head with 60 pounds of stuff? It's over."

As part of his ongoing promise to renegotiate what he has called unfair trade deals, Trump has pushed recently to revisit steel imports. He said Wednesday he is considering "quotas and tariffs. Maybe I'll do both."

The Commerce Department has been reviewing steel and aluminum imports, but restricting those imports would be controversial among steel consumers in the U.S. and with trade partners.