Accessibility links
First Lady's Day in Paris Includes Children's Hospital, Church And An Awkward Moment Melania Trump speaks five languages and is known to have conversations with young patients in their native tongues. 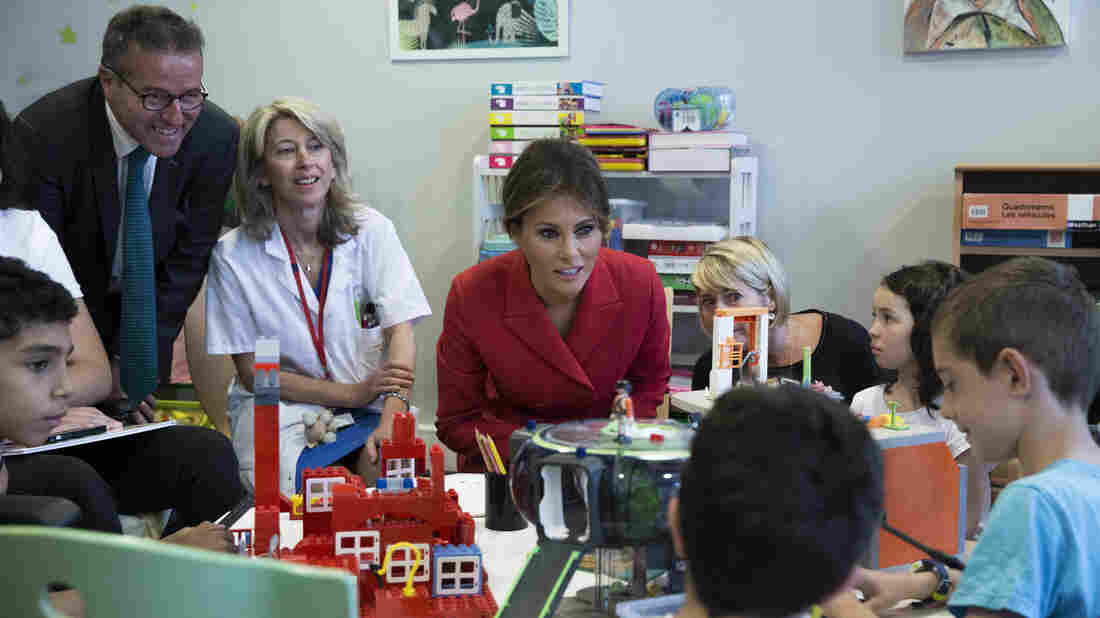 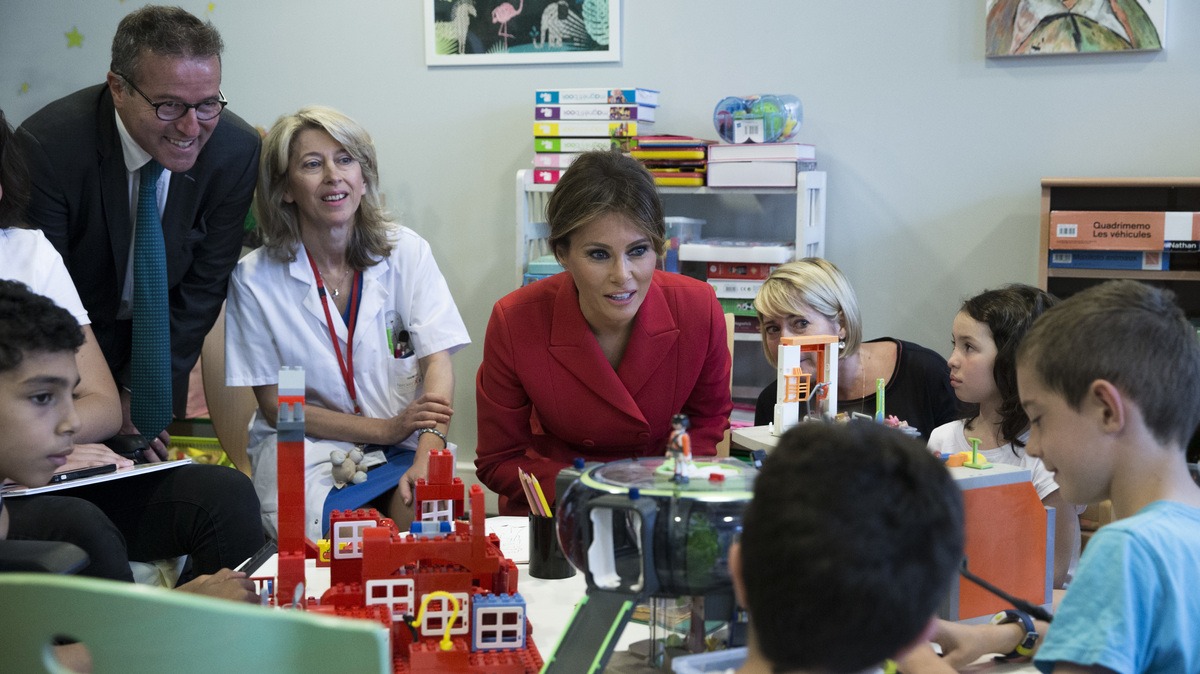 American first ladies have made a tradition of visiting children in hospitals, and on Thursday Melania Trump continued that custom in Paris.

On her first full day in the French capital, the first lady ventured out without the president by her side, spending the morning with a small group of children at Necker Hospital. It is the biggest pediatric hospital in Paris.

"Hello. Bonjour! How are you?" she said, upon entering a playroom where children gathered around tables laden with building blocks.

The first lady speaks five languages and is known to have conversations with young patients in their native tongues. On a May visit to a children's hospital in Rome, she spoke Italian with the children there.

"Thank U @hospital_necker for allowing me to visit your wonderful patients & inspirational staff. Continued prayers for good health for all," she posted on Twitter.

Thank U @hospital_necker for allowing me to visit your wonderful patients & inspirational staff. Continued prayers for good health for all. pic.twitter.com/3keri8EUC4

The tradition of spreading cheer among hospitalized children dates to first lady Bess Truman — and even earlier. Mrs. Truman spent hours with patients, their parents and caregivers in the days leading up to Christmas.

Later in the day, Mrs. Trump was accompanied by her French counterpart, Brigitte Macron, on a tour of the Notre Dame Cathedral.

The two entered the church together as a few hundred people looked on.

But the day did not go off without a hitch.

President Trump was criticized on social media for what many saw as another instance of inappropriate behavior toward women.

The moment was captured on video, posted on the French government's Facebook page and picked up by media in the U.S.

In the video, the two leaders appear to be making small talk when the American president turns to Mrs. Macron and says, in a somewhat surprised tone, "You're in such good shape."

He follows that up with, "Beautiful."

Mrs. Trump smiles pleasantly as Mrs. Macron moves closer to her side and cups her elbow.