Accessibility links
Singer Kid Rock Says He's Running For Senate In Michigan But It Could Be A Stunt "It's not a hoax, it's a strategy and marketing 101!" wrote the singer of "Bawitdaba" on his personal website. 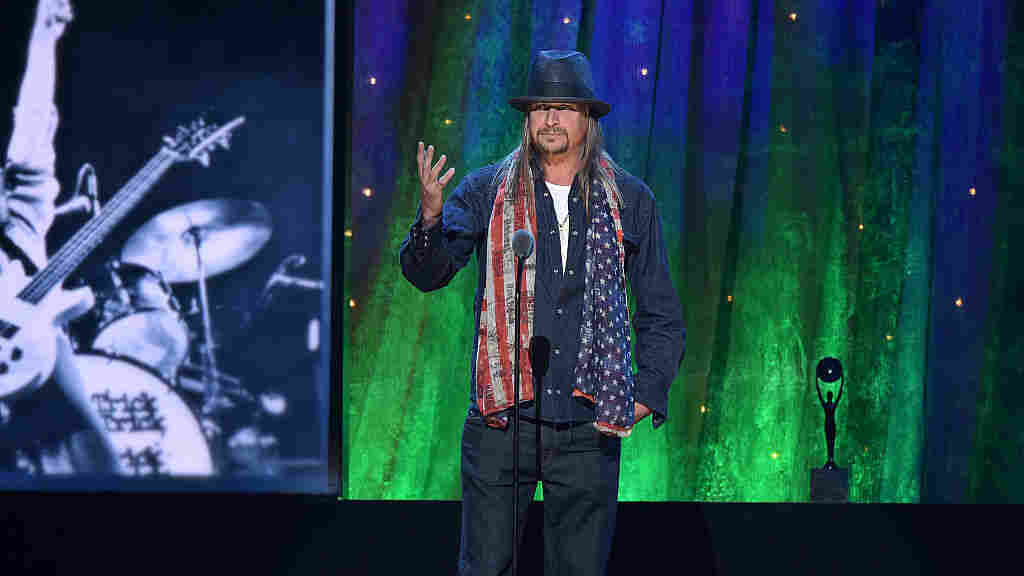 Kid Rock at the 2016 Rock And Roll Hall Of Fame Induction Ceremony in New York City. He says he plans to run for Senate as a Republican in Michigan. Theo Wargo/Getty Images hide caption 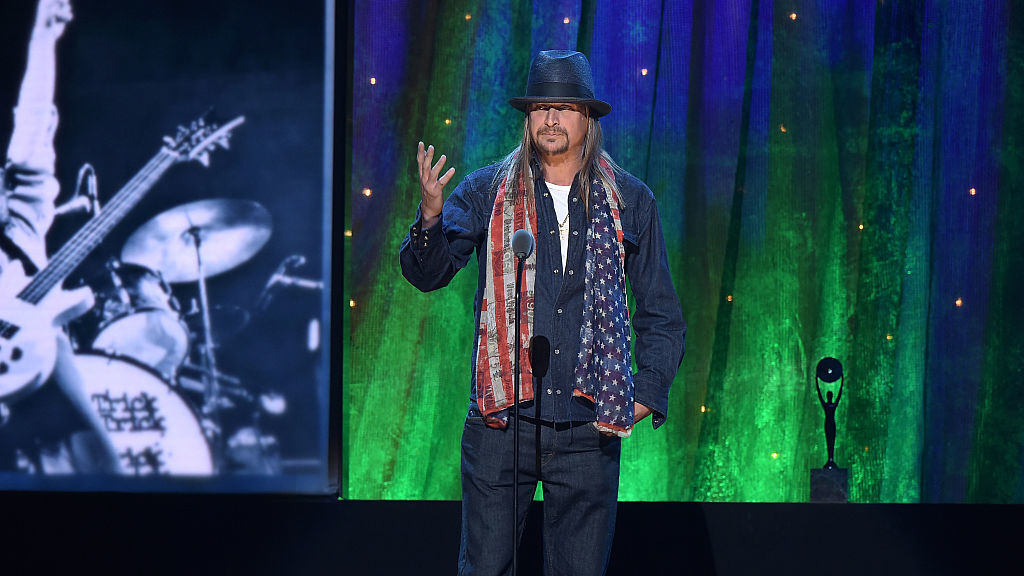 Kid Rock at the 2016 Rock And Roll Hall Of Fame Induction Ceremony in New York City. He says he plans to run for Senate as a Republican in Michigan.

Kid Rock, the singer whose career has spanned rap, hard rock and country music, is fueling the speculation that he intends to announce a bid for the U.S. Senate next year to challenge incumbent Democrat Debbie Stabenow of Michigan. That is unless it's all a publicity stunt.

In a post on his personal website Thursday evening, the 46-year-old singer wrote, "Like politicians write books during their campaigns, I'm planning on putting out music during mine and IT ALL STARTS TONIGHT AT MIDNIGHT." On Friday, Kid Rock announced he is releasing two new songs.

The post continued, "Senator Stabenow and I do share a love of music, although probably not the same kind. I concede she is better at playing politics than I am so I'll keep doing what I do best, which is being a voice for tax paying, hardworking AMERICANS..."

I have had a ton of emails and texts asking me if this website is real… https://t.co/RRVgISDFeq The answer is an absolute YES. pic.twitter.com/uYCUg6mjW1

Earlier this week, Kid Rock, whose legal name is Robert James Ritchie, tweeted a picture of a "Kid Rock for US Senate" sign along with what appears to be a campaign website.

So far, Kid Rock has not filed a statement of candidacy with the Federal Election Commission. The Kid Rock for Senate website sells campaign-themed merchandise but directs to a Warner Bros. record label website to complete transactions. That site does not ask the questions that campaign websites must ask, such as whether the donor is an American citizen. The FEC says candidates must register if they raise or spend more than $5,000.

While Kid Rock's hard-living rock 'n' roll lifestyle, which includes a sex tape and assault charges, would traditionally be considered a liability for a political candidate, the success of Trump's campaign last year may encourage more unconventional candidates to run for office.

And a lot of what is adding fuel to the speculation is Trump's slim-but-surprising upset victory last year in Michigan. Republicans are hoping it's the start of a reversal of fortune in a state that typically sends Democrats to the Senate.

Stabenow, who was first elected to the Senate in 2000, is not considered one of the Senate's most endangered Democrats in 2018. In a tweet, Stabenow, who plays guitar, gently poked fun at Kid Rock's statements and vowed to "keep doing what I do best: fighting for Michigan."

I know we both share a love of music. I concede he's better at playing guitar and I'll keep doing what I do best: fighting for Michigan. https://t.co/CUaGqPu7AB

Her campaign tried to capitalize on the spectacle by blasting out a fundraising email.

"We don't know if this is for real or just a publicity stunt. But after Donald Trump's surprising win last year, we need to act fast." It then asks for a $5 online donation.

Stu Sandler, a Republican campaign consultant in Michigan, says it's not clear what Kid Rock's intentions are, but the possibility has created a buzz about the upcoming campaign.

"I really don't know, but it's kind of a fun ride. He seems to be pretty emphatic by his own language, and he's added some excitement.

"The bottom line is he's not like any traditional candidate so he can do things other people can't."