Accessibility links
'Lady Macbeth' Turns Sound And Fury Into Victorian Noir It's not Shakespearean but the no-nonsense leading lady of the new movie Lady Macbeth lives up to her name. 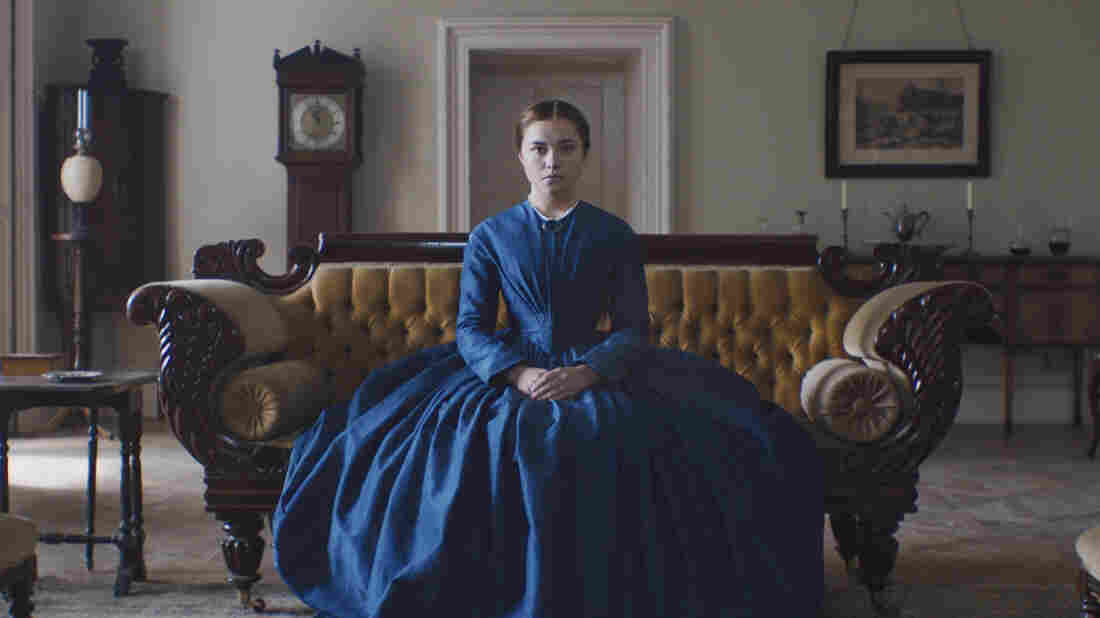 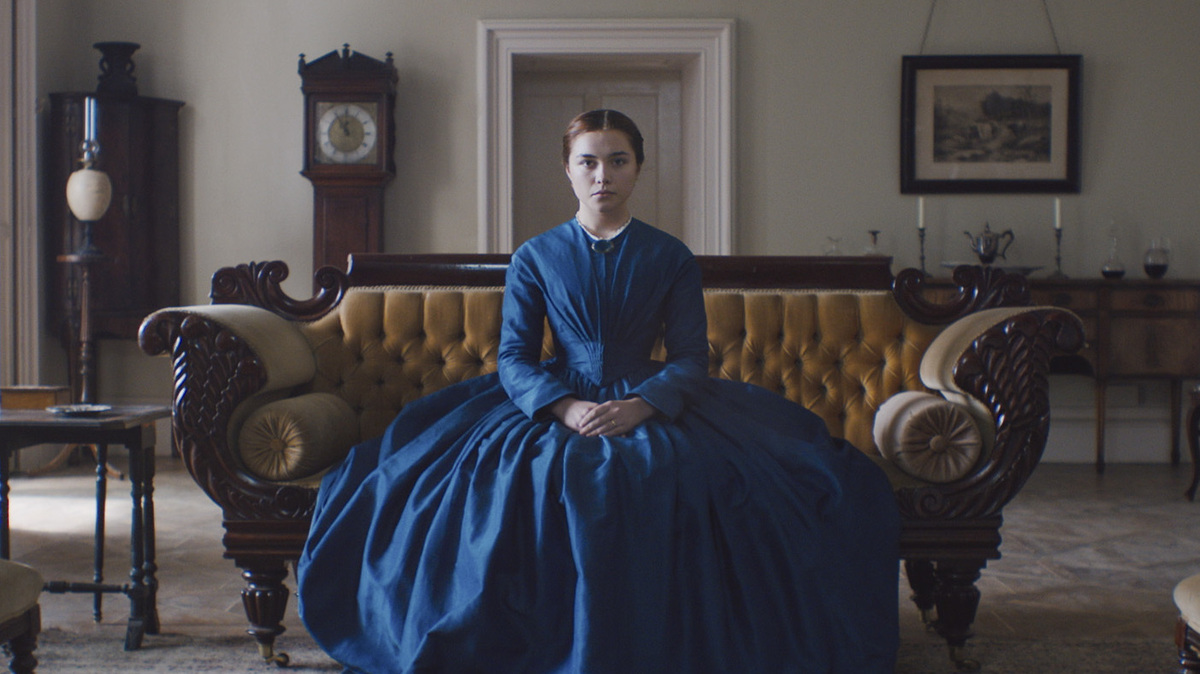 Katharine (Florence Pugh) is mesmerizing as she seethes in Lady Macbeth.

The dark, feminist tale, Lady Macbeth doesn't deal with royalty or take place in medieval Scotland. It has no witches, nor much rinsing of blood from hands. It's not even based on Shakespeare. But its leading lady, a teen bride when we meet her, still lives up to that title.

We first spy Katherine at the marriage ceremony, glancing around during a hymn and realizing the only female voice she hears is her own. It's rural England, 1865, and as she's sent away from the reception to prepare for her wedding night, it becomes clear she doesn't know the wedding guests, or even her new husband.

Still, she's forthright, so when he comes to her bedroom, she makes a stab at getting acquainted.

"Take it off," he says coldly. "Your nightdress, take it off."

He's settled into a chair on the other side of the room and unbuttoned his breeches, and when she begins to acquiesce, he barks again: "Face the wall."

Katherine may be an innocent but this is not the way she thinks her wedding night with an older husband should go. She's done nothing to upset him. So what has?

He growls something about his father having bought her along with a few acres barely worthy of having his cows graze upon. Then, having just been told she likes fresh air, he orders her to remain indoors with her prayer book, and departs the estate.

Now this is dangerous. Close off enough options, and even the most pliant person will rebel, and Katherine's not pliant. Played by a then-19-year-old Florence Pugh, she seethes, and drinks all the best wine in the cellar, and when her husband leaves her unattended for weeks at a time, embarks on an affair with a handsome stable-hand named Sebastian (Cosmo Jarvis).

He seduces her, only to be shocked by how fiercely her freshly awakened passion attaches to him. No one quite appreciates the ferocity of the young woman they've caged on this estate, not even the furious father-in-law who rages "you have no idea the damage you can cause." Actually, she does have an idea.

Pugh is mesmerizing, her Katharine as uninhibited when out of doors as the rushing wind. Indoors, though, her life's a prison. The air feels close and everything registers as loud — the tightening of a corset, the scrape of a chair, the clatter of cutlery and crockery. The house is full of sound, and then after a bit, full of sound and fury.

Theater director William Oldroyd is working here from a script adapted by Alice Birch from Nikolai Leskov's novel, Lady Macbeth of the Mtsensk District. That 1865 Russian work has already been adapted a few times, in Andrzej Wajda's 1962 film Siberian Lady Macbeth, and most famously in 1934 as a Soviet opera — one that so outraged Stalin it nearly got composer Dmitri Shostakovich sent to Siberia.

This new Victorian Noir version, transposed to 19th Century England, makes some intriguing alterations to explore not just the strictures 19th century society placed on women, but also issues of class and race. Both Katherine's truculent, in-way-over-his-head lover and her increasingly shocked maid (affectingly played by Naomi Ackie) are black, which goes entirely unremarked, but affects how things play out when murder's afoot and the hurlyburly's done, as it were.

This young wife may be abused, but she's still privileged. And as Katherine — unnervingly still and chilly — sits at the center of rooms so symmetrical and sparsely furnished they seem entirely devoid of comfort, you understand how a woman so aggrieved could become a Lady Macbeth. The milk of human kindness no longer flowing, but curdling in her veins.