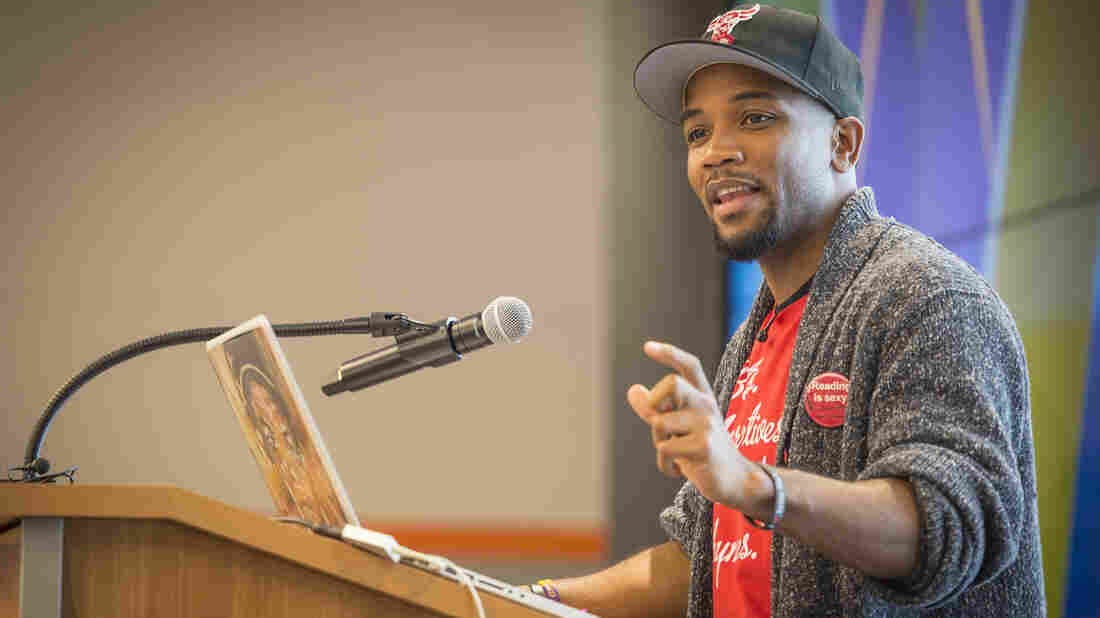 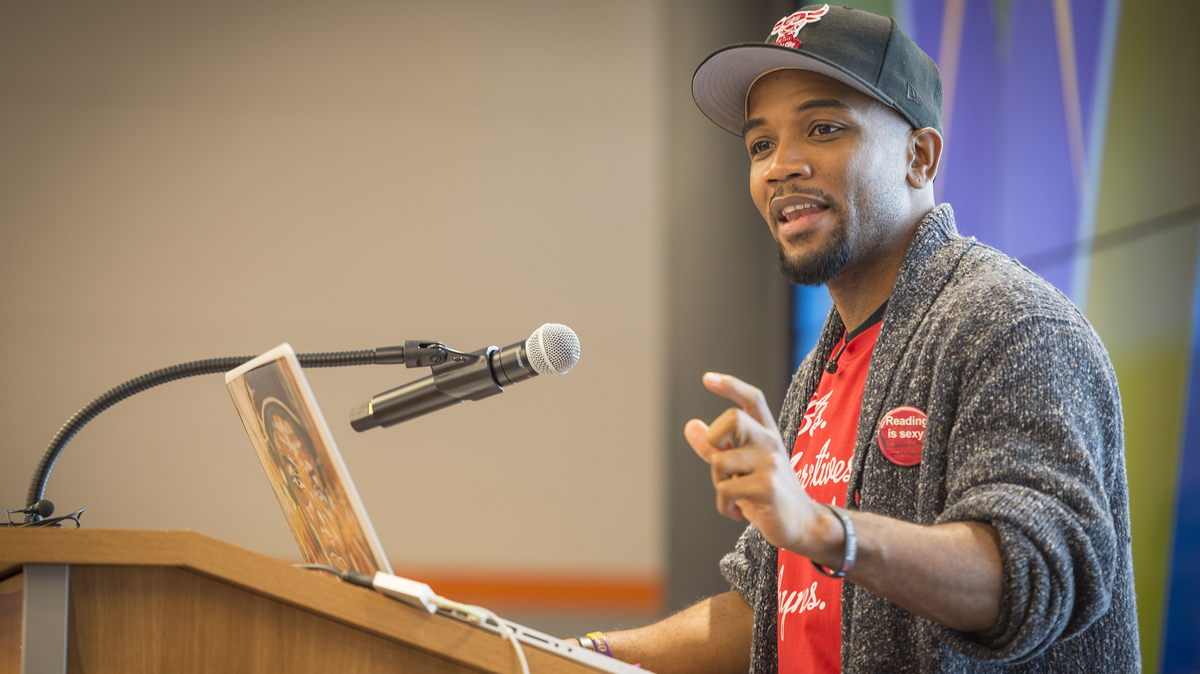 Earlier this year, rapper A.D. Carson completed a 34-song album he called Owning My Masters: The Rhetorics Of Rhymes & Revolutions. If that sounds like an unusual title for a hip-hop record, keep in mind that the album also served as Carson's doctoral dissertation.

Carson received his Ph.D. in rhetorics, communication and information design from Clemson University in May. His unconventional project made headlines around the world, and the University of Virginia's music department took notice. This fall, Carson will begin teaching at U-Va. as Assistant Professor of Hip-Hop and the Global South.

Carson is far from the first person to take hip-hop seriously as an academic subject. Harvard University has housed the Hiphop Archive and Research Institute since 2002, and students at the University of Arizona and Bowie State University can minor in hip-hop studies. But when Carson embarked on this project, he wasn't certain the committee overseeing his work would accept the album as his dissertation.

Still, as a student at Clemson — located on the grounds of a former plantation owned by pro-slavery statesman John C. Calhoun — Carson tells NPR's Michel Martin he felt he needed to complete the project exactly as he did.

"John C. Calhoun's house is open seven days a week ... at the center of the campus," he says. "The more that I found myself speaking up and speaking out about the ways that history and current circumstances were intertwined there — in the layout of the place and the ways that people interact with one another there — the more I felt that people were not listening to my voice."

By delivering his dissertation as a hip-hop album, Carson hoped, in part, to illuminate issues he felt were going unexamined at Clemson. "People dress up as the historic characters who made Clemson possible, but then ignore the fact that there were enslaved people who helped to build the buildings that were there," he says. "Much of what is going on currently — if we think about exploited labor, if we think about amateur athletes — like, these things seem to resonate in some way that we're not acknowledging at all."

At the University of Virginia this fall, Carson will teach a composition class for music students called "Writing Rap." He says his students will learn about hip-hop history and write their own rhymes. "You can imagine a composition-of-rap course being similar to a composition course where you're learning to write an argumentative essay," Carson explains.

What would he tell parents, or even Virginia taxpayers, who might question whether hip-hop is a subject worth teaching at a public university like U-Va.? "I think that my response would be the same response that I would give if I was teaching literature at the University of Virginia," Carson says. "The reason that we read and engage with the literature that we engage with is, hopefully, for empathy — so that we have ways into worlds that we don't fully understand."