Accessibility links
Remembering Liu Xiaobo, Who Fought For Human Rights In China NPR's Scott Simon remembers Liu Xiaobo and the principles he stood for in China, and wonders how Americans and American institutions will respond to his death. 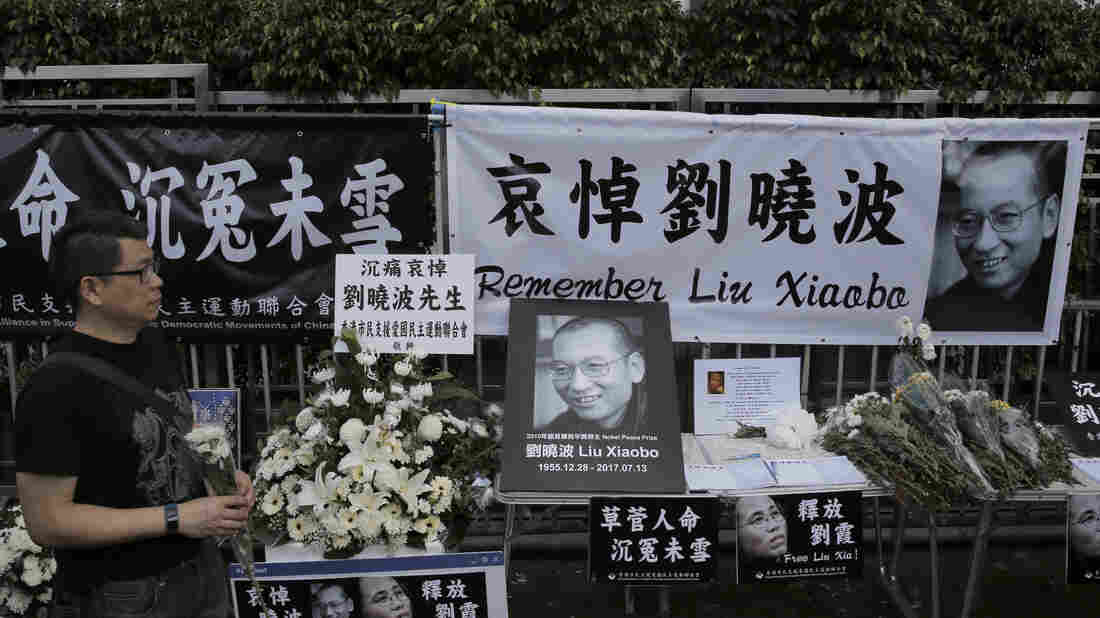 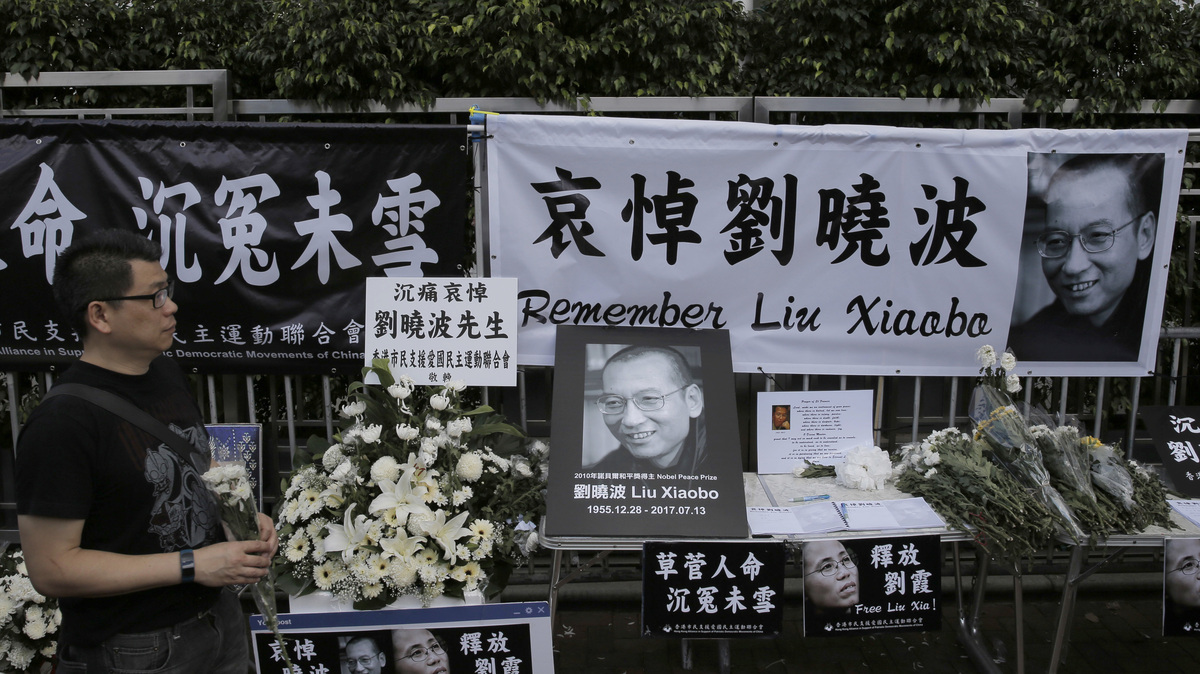 This week President Trump said of China's president Xi Jinping, "Well, he's a friend of mine. I have great respect for him. We've gotten to know each other very well. A great leader ... I like being with him a lot. And he's a very special person."

The president spoke at a press conference with President Macron of France, just hours after Liu Xiaobo had died. Liu, who won the 2010 Nobel Peace Prize, was suffering from late stage liver cancer in a hospital in northeast China, after the government refused to let him leave the country for treatment.

Liu Xiaobo was 61 and had been imprisoned since 2008 for "inciting subversion of state power." He was one of the authors of the Charter 08 declaration that called for democracy and free speech in China, and was sent to prison even before that statement could be published.

Liu Xiaobo led a hunger strike during the Tiananmen Square protests in which hundreds or perhaps even thousands of people died when Chinese troops beat, shot and crushed demonstrators during protests in the early morning hours of June 4, 1989. He was jailed for almost two years thereafter, and three times after that. Liu was in prison when he received the Nobel in 2010, for what the committee called his "long and non-violent struggle for fundamental human rights in China." After being informed, he reportedly said: "I dedicate this prize to the lost souls of 4 June."

All presidents have compelling reasons to keep a cordial relationship with China. It is rich, powerful and essential to the world's economy. But in the hours after Liu Xiaobo died, the two leaders who met to celebrate their nations' shared principles of liberty did not mark the loss of a man who gave his life to the struggle for liberty in his country. In fact, President Trump paused to salute the man who heads the regime that imprisoned Liu Xiaobo.

Tears And Anger: World Responds To Death Of Chinese Dissident

We might ask ourselves a few questions, too. Will Americans who go to China on cultural exchanges speak up against a government that suppresses artists, writers and thinkers, like Liu Xiaobo, who create culture? Will any of the American universities that have opened profitable outposts in China speak up against censorship, and in defense of those, including students, who are imprisoned for free speech?

As Liu Xiaobo said in the Nobel speech he was not permitted to deliver in person, "Freedom of expression is the foundation of human rights, the source of humanity, and the mother of truth."