Accessibility links
Attorney Ty Cobb Is Joining The White House Staff To Help With Its Response To The Russia Probes Veteran attorney Ty Cobb is leaving private practice to join the president's staff at the White House and help the administration coordinate its response to the investigations into election meddling. 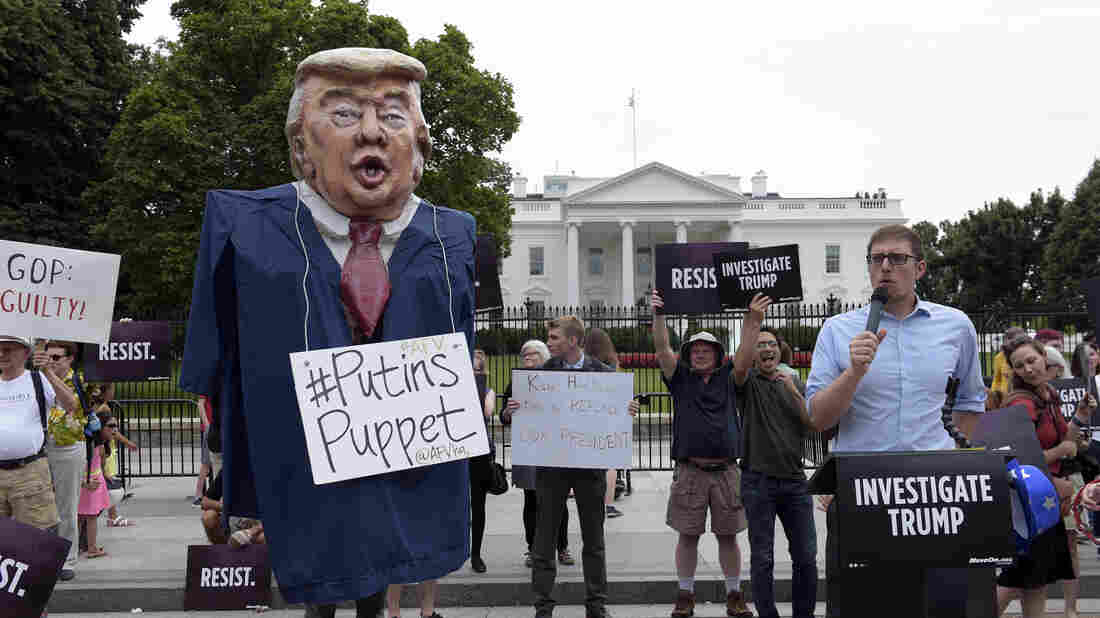 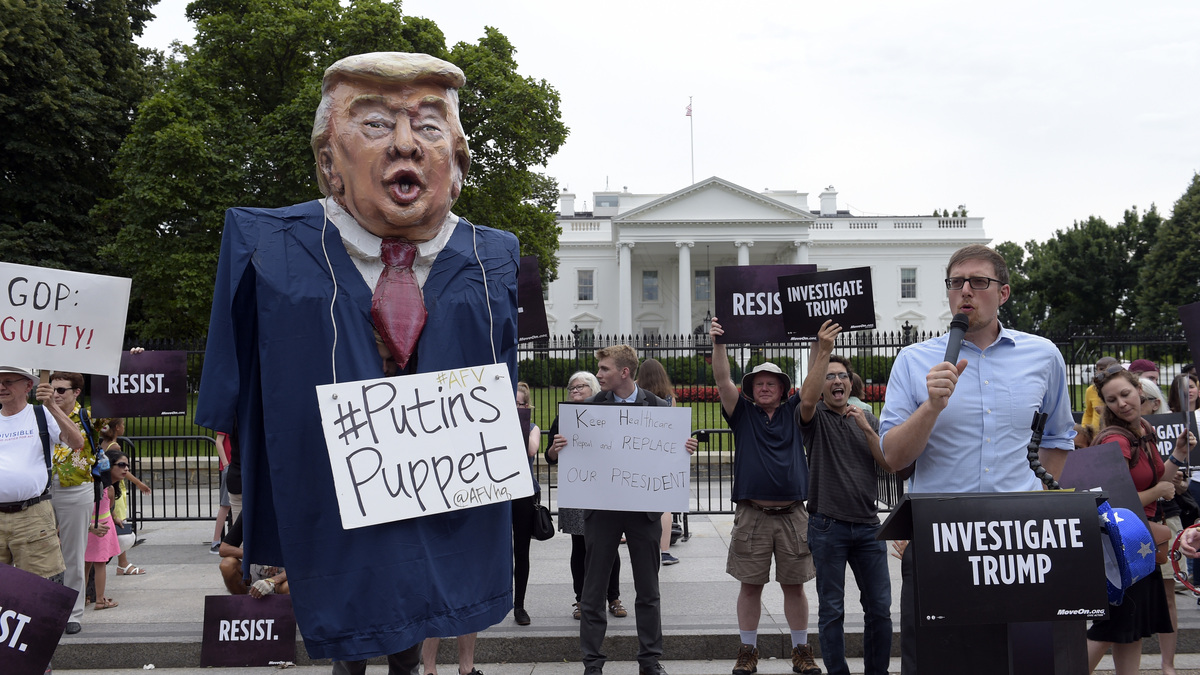 People gather outside the White House on Pennsylvania Avenue in Washington on Tuesday, July 11, 2017, to protest President Donald Trump.

President Trump has hired a former federal prosecutor to assist in how the White House handles its response to the expanding Russia probes.

Ty Cobb, whose legal expertise lies in white-collar crime and congressional investigations, will be "in charge of overseeing the White House legal and media response" to the investigations, according to Bloomberg News.

The White House confirmed Cobb's appointment as special counsel on the president's staff in a statement Saturday. However, no further details about the veteran Washington lawyer's upcoming role inside 1600 Pennsylvania Ave. were provided.

A bio on the website of Cobb's former firm, Hogan Lovells, says that "Clients managing crises, allegations of corruption, and other critical matters turn to Ty to guide them."

That's probably why the White House turned to Cobb. Over the last week, the Trump family and former campaign staffers have been under mounting scrutiny in the wake of Donald Trump Jr.'s disclosure that he, Jared Kushner, and Paul Manafort met in June 2016 with a Russian lawyer and a Russian-American lobbyist who Trump Jr. was told would have incriminating information about Hillary Clinton.

"The idea was to have someone who could deal directly with Mr. Trump on the matter and coordinate with his personal lawyer, which would allow Mr. McGahn and the rest of the staff to tend to the day-to-day work of keeping the White House functioning," the Times also reported.

In addition to Kasowitz, others members on Trump's Russia team outside of the White House include lawyer Jay Sekulow and public relations consultant Mark Corallo.

Earlier in the week, Trump Jr. hired Alan Futerfas as his personal attorney regarding the Russia investigations. And Jared Kushner, Trump's son-in-law and a senior adviser in the White House, shook things up on his team. Abbe Lowell, a criminal defense lawyer, will now be in charge of all matters relating to Kushner and the Russia probes. As a result, Jamie Gorelick will be stepping back from those matters but will continue to work on issues regarding ethics compliance, according to the Times.

And in case you're wondering, Cobb is related to the Hall of Fame baseball outfielder of the same name.

The president's decision to bring on Cobb was first reported by Bloomberg News on Friday.