Accessibility links
Offa Rex's Olivia Chaney On Reimagining English Folk With The Decemberists The English vocalist, who's joined forces with The Decemberists in the band Offa Rex, says she's drawn to traditional folk music for its mysticism and age-old themes. 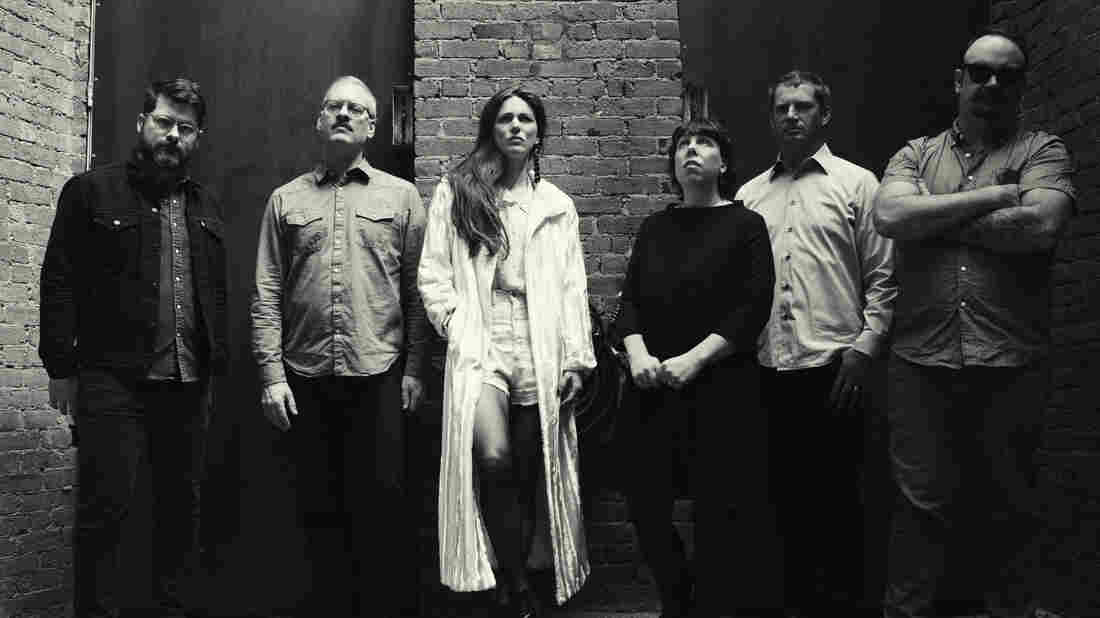 Offa Rex, a new group composed of The Decemberists and Olivia Chaney (center), reimagines traditional English folk music on The Queen Of Hearts. Shervin Lainez/Courtesy of the artist hide caption 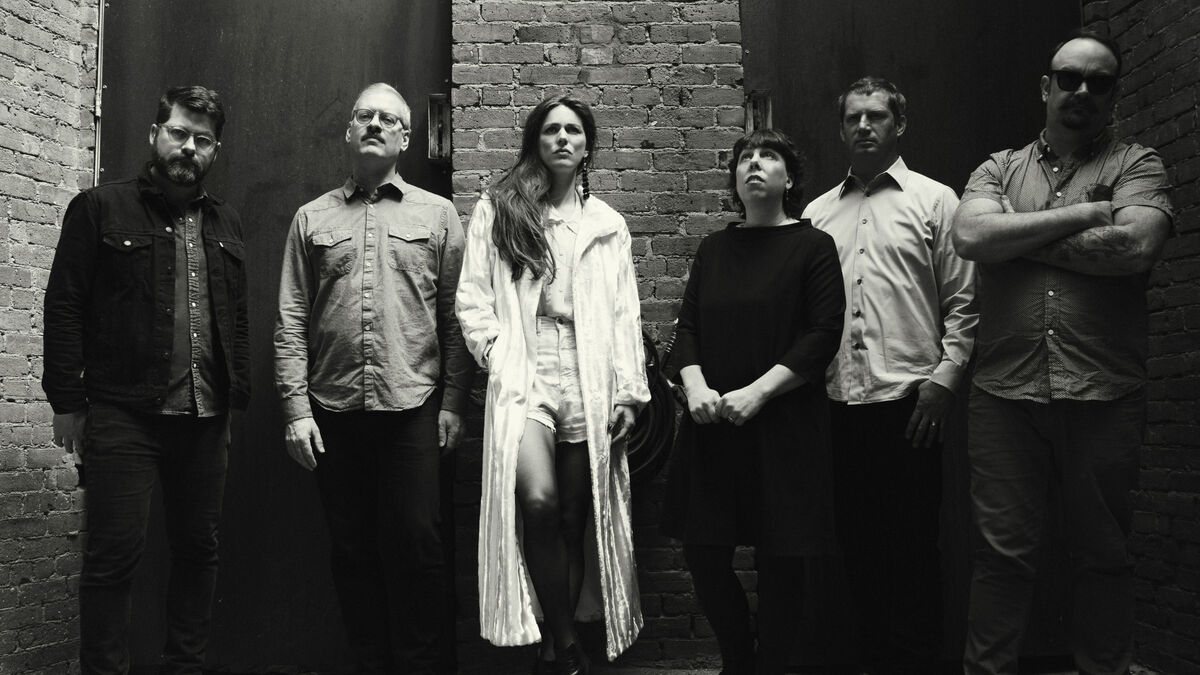 Offa Rex, a new group composed of The Decemberists and Olivia Chaney (center), reimagines traditional English folk music on The Queen Of Hearts.

For the last 15 years, English folk musician Olivia Chaney has done a little bit of everything. She performed as a vocalist with the electronic-pop group Zero 7, and alongside the acclaimed Kronos Quartet. She's done a stint as an actress and multi-instrumentalist at Shakespeare's Globe Theatre. And in 2015, Chaney toured the world with The Decemberists to promote her debut solo album, The Longest River. But Chaney's involvement with the band didn't end there, thanks to an enthusiastic tweet by frontman Colin Meloy.

One thing led to another, and eventually Chaney joined forces with The Decemberists to form a new group: Offa Rex. On its new album, The Queen Of Hearts, Offa Rex reimagines traditional English folk songs (including "Willie O'Winsbury"). Read on for highlights of Chaney's conversation with NPR's Lulu Garcia-Navarro about Offa Rex and her relationship to English folk music, and hear the interview at the audio link.

On the song "The Old Churchyard"

This feels like one of the tracks that really was a true collaboration and meeting of all of the band's and mine and Colin's beliefs about a song like this. ... "The Old Churchyard," in particular, was one [song] that I started just singing solo, a cappella, at gigs. ... What I think's so special about it is that although you feel the religious, spiritual roots, to me it's very timeless and universal as well.

On what she sees as the power of English folk music

I've tried to kind of use nursery rhymes or these timeless refrains ... in this almost dreamlike nostalgia for something we've perhaps never known. Those are all themes which I'm fascinated by in poetry, literature and song. I think I am often drawn to music that is dealing with these age-old, recurrent, human-condition kind of themes. And also touching upon mysticism in a very kind of open-ended — not necessarily one religion or other — kind of way.

This was the period when I started to delve back into folk music. Or not even delve back in — start to delve into, because I'd not grown up on old field recordings and my parents Morris dancing on the folk circuit like some people I know. I'm not a true folkie in that sense.

[There was] an old Sephardi Jewish hymn which I found myself remembering from a wonderful teacher at college. Just standing and singing that barefoot, a cappella, in front of a random crowd in Italy ... I just felt this real connection to something and the human voice and the simple text. I think from that point on, I realized that I needed to keep searching for that kind of — I can't use the words "purity" or "truth," really, can I? But I think at that point that's what it felt like.