The first woman to win what's considered the Nobel Prize of mathematics, the Fields Medal, died Saturday after battling breast cancer. She was only 40 years old. NPR's Hansi Lo Wang has this remembrance.

HANSI LO WANG, BYLINE: Maryam Mirzakhani wanted to be a writer when she was growing up in Iran. In a video release when she won the Fields Medal in 2014, she said she wasn't always excited about math.

MARYAM MIRZAKHANI: I got excited about it maybe just as a challenge. But then I realized that it's really nice, and I enjoy it.

WANG: And she ended up winning gold medals at two International Math Olympiads as the first girl to join Iran's team. She later earned a Ph.D. at Harvard and eventually became a professor at Stanford. Benson Farb, a mathematician at the University of Chicago, says her work on curved surfaces has made major contributions to geometry.

BENSON FARB: She really raised it to a completely different level. It's like people were building houses. And then her adviser had a major breakthrough and was able to build a 10-story building. She built the Sears Tower.

WANG: Mirzakhani worked on math problems like an artist scribbling formulas around her doodles, a process her young daughter once described as painting, according to an obituary put out by Stanford. All that art paid off when she drew international attention for winning the Fields Medal.

AMI RADUNSKAYA: If I could've bought a Maryam Mirzakhani T-shirt, I would have that day (laughter).

WANG: Ami Radunskaya is a mathematician at Pomona College in California and the president of the Association for Women in Mathematics. She says she hopes Mirzakhani's self-confidence and grit will continue to inspire more girls and young women to get into math.

RADUNSKAYA: She's known for saying, give me the hardest problem in this field and then thinking about it and sticking with it until she finishes.

WANG: Mirzakhani's death at just 40 years old makes Radunskaya wonder what works she left unfinished. It's incalculable, Radunskaya says, what else she might have accomplished. Hansi Lo Wang, NPR News. 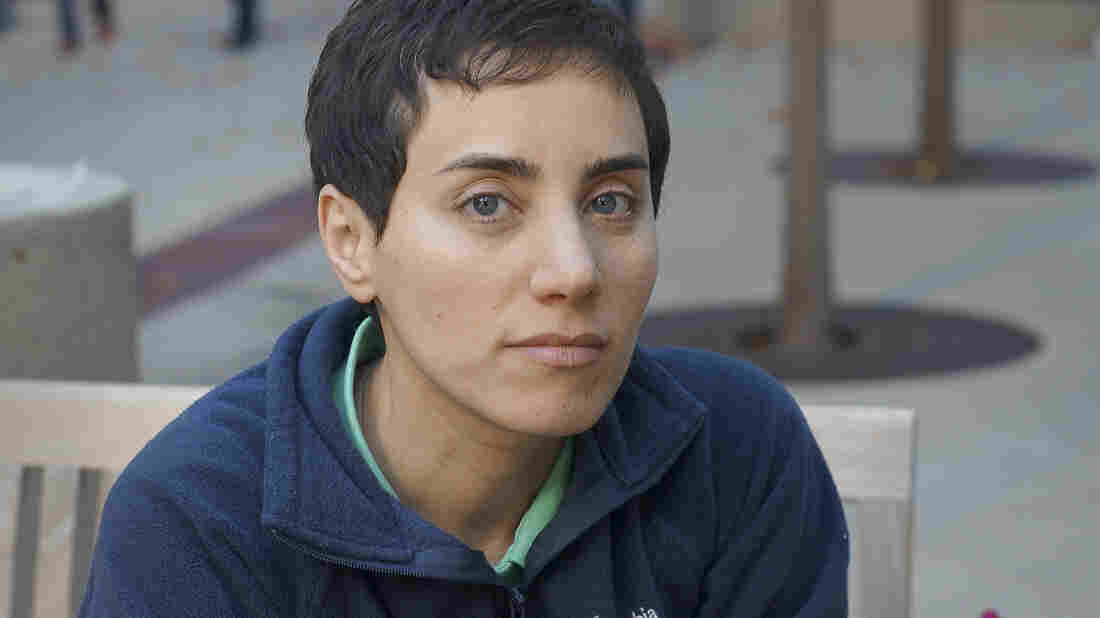 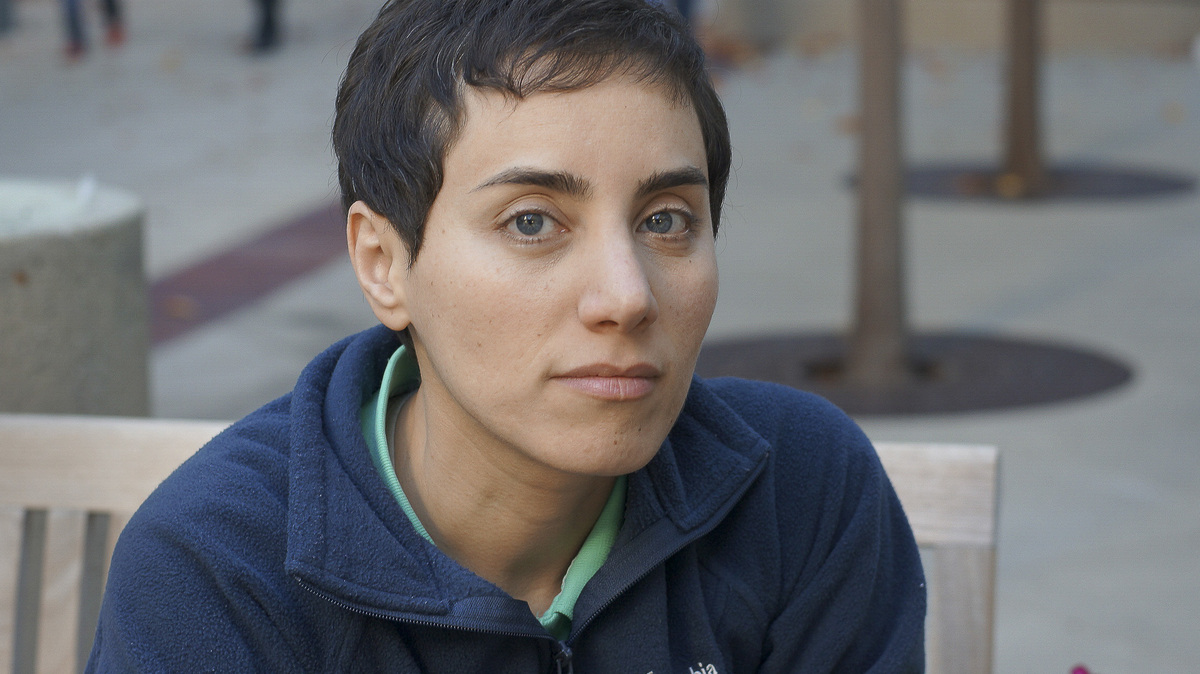 Professor Maryam Mirzakhani, who won the Fields Medal in 2014, has died at age 40.

Nearly three years after she became the first woman to win math's equivalent of a Nobel Prize, Maryam Mirzakhani has died of breast cancer at age 40. Her death was confirmed Saturday by Stanford University, where Mirzakhani had been a professor since 2008.

Mirzakhani is survived by her husband, Jan Vondrák, and a daughter, Anahita — who once referred to her mother's work as "painting" because of the doodles and drawings that marked her process of working on proofs and problems, according to an obituary released by Stanford.

"A light was turned off today .... far too soon. Breaks my heart," former NASA scientist Firouz Naderi said in a tweet. He later added, "A genius? Yes. But also a daughter, a mother and a wife."

Naderi later posted a time-lapse video of Mirzakhani presiding over a lecture hall, filling chalkboards with a proof.

Early in her life, Mirzakhani had wanted to be a writer. But her passion and gift for mathematics eventually won out.

"It is fun — it's like solving a puzzle or connecting the dots in a detective case," Mirzakhani said when she won the prestigious Fields Medal in 2014. "I felt that this was something I could do, and I wanted to pursue this path."

Mirzakhani was born in Tehran, Iran, and she lived in that country before coming to the U.S. to attend graduate school at Harvard University. By then, she was already a star, having won gold medals in the International Mathematical Olympiad in the mid-1990s — after becoming the first girl ever named to Iran's team.

"There were more accolades," Danielle Karson reports for NPR's Newscast unit. "Mirzakhani was the first Iranian woman elected to the National Academy of Sciences last year, in recognition of her 'distinguished achievement in original research.' She was in good company: Albert Einstein, Thomas Edison and Alexander Graham Bell were past honorees."

"Mirzakhani specialized in theoretical mathematics that read like a foreign language by those outside of mathematics: moduli spaces, Teichmüller theory, hyperbolic geometry, Ergodic theory and symplectic geometry.

"In short, Mirzakhani was fascinated by the geometric and dynamic complexities of curved surfaces — spheres, doughnut shapes and even amoebas. Despite the highly theoretical nature of her work, it has implications in physics, quantum mechanics and other disciplines outside of math. She was ambitious, resolute and fearless in the face of problems others would not, or could not, tackle."