Accessibility links
Stream Declan McKenna's New Album, 'What Do You Think About The Car?' The British teenager has been a rising star since he took home the Emerging Artist prize at Glastonbury two years ago. His debut album lives up to that early promise.

Review: Declan McKenna, 'What Do You Think About The Car?'

Review: Declan McKenna, 'What Do You Think About The Car?' 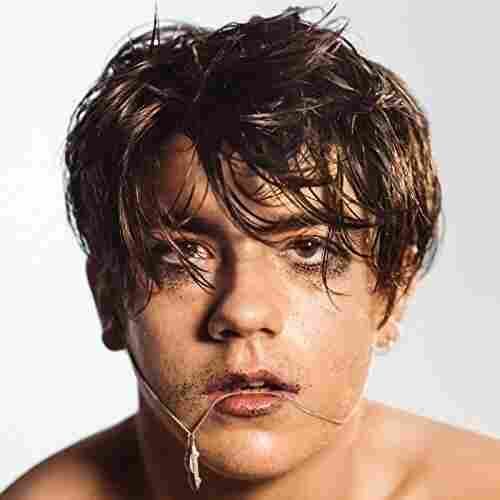 Declan McKenna, What Do You Think About the Car? Courtesy of Columbia Records hide caption

It might be easy to dismiss Declan McKenna as a young kid who writes catchy pop songs, but he's so much more than that. The 18-year-old Brit's debut album, What Do You Think About The Car?, proves that this young man has a tall talent for mixing politics, poetry and melody.

The songs here tackle deep issues, hardly the standard teenage angst or relationship drama you might expect from someone Declan McKenna's age. "Paracetamol" focuses on transgender youth. "Isombard" wrangles right-leaning television news and the justification of police brutality, lyrically convolving the words of Martin Luther King Jr. and E. E. Cummings. And "Bethlehem" deals with religion's ability to justify its actions of violence. "I can do as I want and you don't have the right to choose," he sings.

Many of these songs came out over the past two years, with "Brazil" jumpstarting his career in 2015 and earning him the winning spot in Glastonbury Festival's, Emerging Talent Competition. Despite the fact that Declan McKenna wrote these songs over the course of such formative times, they all hold together rather well. What Do You Think About The Car? isn't just a batch of good songs — it's a powerful, clever album.

One of the simple touches that connects the tracks are small vignettes of children speaking between cuts, playing off the narrative of the previous song. I asked him about the idea behind these charming moments.

"A lot of the album revolves around themes of youth," he said. "And I think there are purposeful childish and playful ideas and sounds that run throughout the album, having a few children's voices splitting up the album was never really originally intended but once the ideas came it seemed almost meant to be."

The very best of these moments comes before the first song, taken from his own family's home videos: The voices are that of Declan McKenna and his oldest sister, Rosanna. She asks a 4-year-old Declan, "Dec, what do you think about the car? Do you like it?" and his response is brief and prophetic: "I like it, it's really good and now I'm going to sing my new album now."

A 4-year-old determined and playful Declan McKenna: That pretty well sums up who you'll hear on this seriously high-spirited and thoughtful album.

Album
What Do You Think About The Car?
Artist
Declan McKenna
Label
Columbia
Released
2017