Accessibility links
Micromanagers Drive Employees Crazy — And Away, Costing Their Companies When employees move on, it's often mentioned as the main reason for their departure. Lack of autonomy at work elevates stress hormones and can have other negative health effects, studies show. 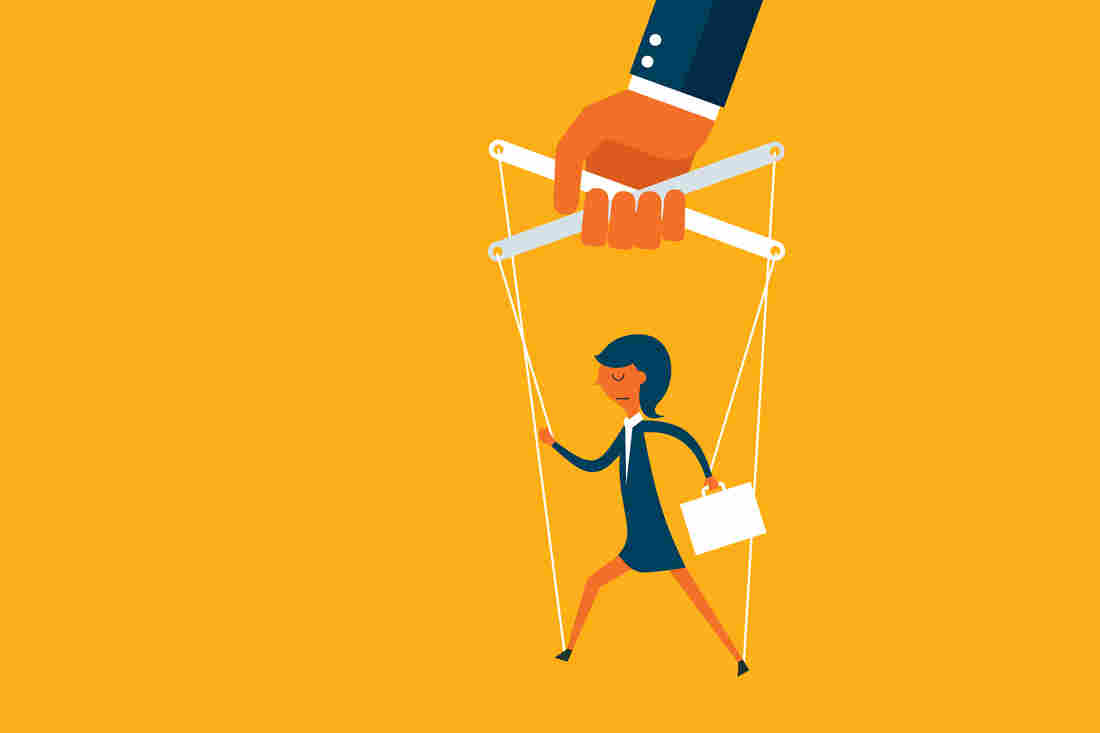 Micromanagement can kill motivation, employee creativity and job satisfaction. It's the biggest beef many workers have about their boss. sorbetto/iStock hide caption 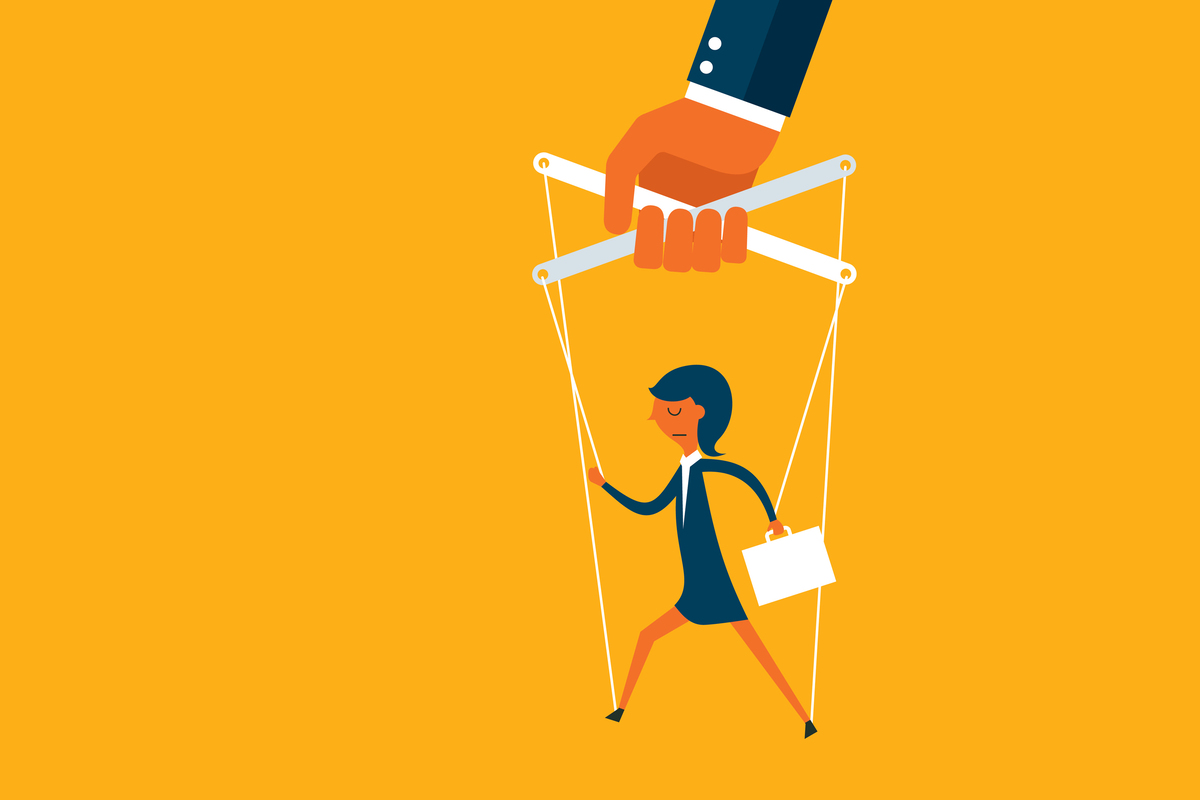 Micromanagement can kill motivation, employee creativity and job satisfaction. It's the biggest beef many workers have about their boss.

Micromanagement is routinely the top complaint people have about their bosses, and in today's good job market where workers have more options, that's a bigger problem for employers.

People might have their own definition of when a manager crosses into being too controlling, but most people would probably agree that Marjon Bell's former boss would fit.

On her first day on a marketing job at a Virginia Beach, Va., insurance company, Bell's boss sent an email barring employees from bringing cellphones to the office. The email said that moms, especially, spent too much time on their phones checking up on their children.

That, Bell says, was just one of her boss's many rules.

The boss also monitored the instant messaging system, which displayed a green light when someone was logged in, and a yellow one after they had been idle.

"Usually you had like a 10-minute window before your light turned yellow, and then they changed it to only two minutes," Bell says. "And I came back from the restroom, and my boss was standing at my cubicle wondering where I'd been."

Bell says the micromanagement was systemic. Her employer offered a $500 monthly bonus that rewarded co-workers for micromanaging each other.

"If you came in five minutes late, if you left early, if you took a little bit longer at lunch, whoever reported you would get an accountability award," she says.

It was unclear whom Bell could trust, but she says morale was terrible. A disgruntled employee ransacked the toilets in the women's restroom, she says, "to stick it to the man." Management posted a notice outlining "rules on bathroom use" on the stall doors in response.

"I did the absolute bare minimum to get my paycheck," she says. "It did not make me want to help the company in any way."

Steve Motenko, an executive coach in Seattle, hears stories like this all the time. Micromanagement can kill motivation, employee creativity and job satisfaction, and yet it remains the biggest beef workers have about their boss.

"That's critically important, because it's complaints about the boss that drive most people out of organizations," he says.

That's especially a problem when recruitment is a top concern for employers, many of whom Motenko says aren't even aware of the micromanagers in their midst because departing employees often aren't questioned about it in exit interviews.

Motenko says micromanagement can reflect several problems. A bad hire or a lack of training might force a manager to constantly intervene. A disorganized boss often creates havoc that makes teamwork impossible.

These are all understandable, if regrettable, outcomes of poor management, but may not mean the person is necessarily a habitual micromanager — and circumstances make close supervision necessary, he says.

Still, many leaders Motenko has counseled have an overactive command-and-control style of leadership that leaves little room for worker autonomy, and he argues that doesn't fit most jobs today.

Studies show lack of autonomy at work elevates stress hormones and can have other negative health effects, potentially even hastening mortality.

It certainly took its toll for Chicago resident Abby Koch 15 years ago, when she worked for a jewelry store owner.

"She would literally say things like, 'Well, I'm not a micromanager ...' as she was standing behind me, literally looking over my shoulder," she says.

The owner's constant critiques eroded Koch's self-esteem and that of her co-worker.

"The other employee ended up having to take medication just to be able to go to work and not be crippled by anxiety," Koch says.

She lasted 18 months in that job.

"I ended up getting divorced, and I always thought my ... I don't know ... lack of standing up for myself in that situation may have caused my husband to lose some respect for me," she says.

Since then, she says she has always prized and chosen jobs that give her autonomy.