Accessibility links
Jerry Moran, The Loyal Republican Senator From Kansas Who Helped Kill The Health Care Bill "I am a product of rural Kansas," Sen. Jerry Moran said earlier this month. "I understand the value of a hospital in your community, of a physician in your town, of a pharmacy on Main Street." 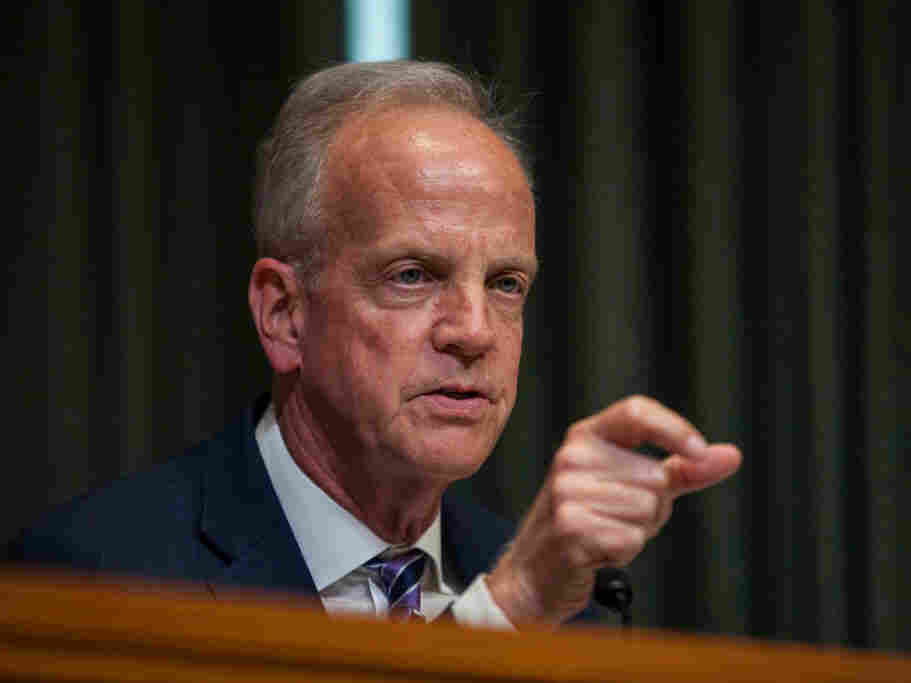 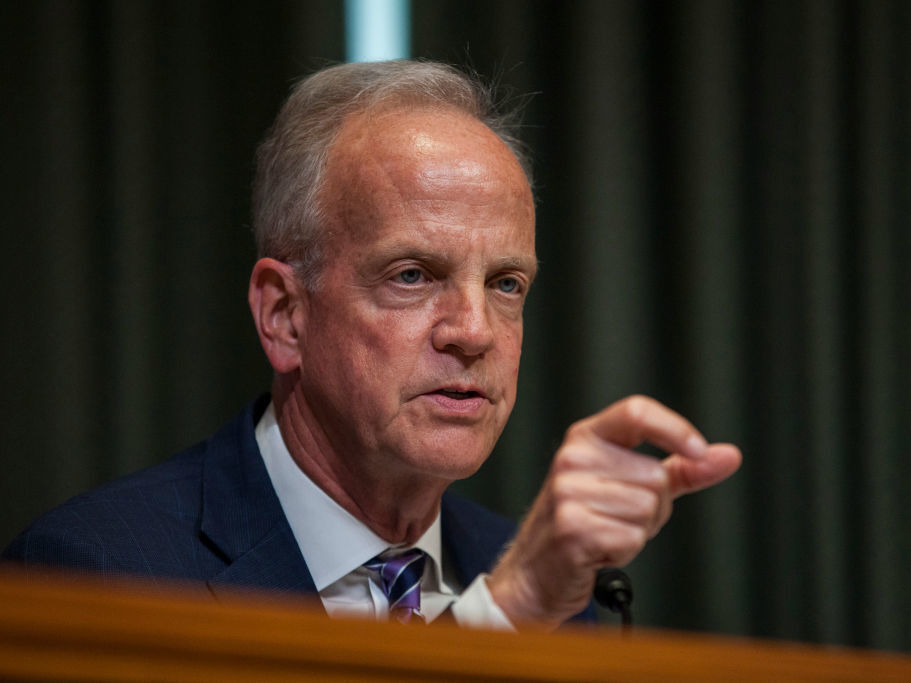 One of the senators who stuck the knife into the Senate's latest plan to replace the Affordable Care Act was one Republicans hadn't been worried about.

My colleague @SenMikeLee and I will not support the MTP to this version of BCRA. #HealthcareBill

On Monday night, Kansas Sen. Jerry Moran and Sen. Mike Lee, a fellow Republican from Utah, announced their opposition to the measure on Twitter, effectively killing Better Care Reconciliation Act (BCRA), which had been the GOP plan to replace the ACA.

In a statement also issued on social media, Moran said while he remained committed to repealing Obamacare, Congress needs to make a "fresh start" on writing a replacement bill and do it in an "open legislative process."

"We should not put our stamp of approval on bad policy," he said.

On Tuesday, Moran said in a statement to the Kansas City Star that he would support efforts to repeal the Affordable Care Act without a replacement. That news quickly turned the mood of a demonstration at Moran's office in Olathe, Kansas where opponents of the now failed replacement bill had been thanking the senator from Kansas for standing firm against it.

On Capitol Hill, Moran was spotted hopping the Senate subway tracks after answering questions from reporters about his position on the health care bill.

.@JerryMoran jumps the tracks of the Senate subway on Capitol Hill to get around a large gathering of reporters as he arrives @uscapitol pic.twitter.com/sMyivmJaLM

Moran is a 20-year veteran of the Hill where he has been a reliable Republican — he was elected to the House in 1996 and the Senate in 2010.

The vote wrangling efforts in favor of the BCRA had generally been focused on Republican senators who represented states that expanded Medicaid under the ACA and were concerned about the new bill would undo that expansion and make deeper, additional cuts to the program that provides healthcare to the working poor, disabled and elderly. Kansas did not take the Medicaid expansion or create its own health insurance exchange under the law.

But in hindsight, Moran, who generally supports the party's leadership, wasn't the reliable vote majority leader Mitch McConnell hoped for.

Last month, to the surprise of many, Moran announced his opposition to an initial draft of the bill.

At town hall meetings over the July 4th congressional recess, Moran said he was concerned the bill wouldn't lower overall consumer costs and wouldn't provide adequate protection for those with pre-existing conditions. He also expressed concerns that deep cuts in Medicaid over the next decade could threaten the survival of already struggling rural hospitals and nursing homes.

"I am a product of rural Kansas," Moran said July 6 to an overflow crowd in Palco, a small town north of Hays. "I understand the value of a hospital in your community, of a physician in your town, of a pharmacy on Main Street."

Moran's renewed stand against the bill drew praise from Kansas groups that have spent the past several weeks urging him to maintain his opposition to it.

"Kansans spoke out and Jerry Moran listened," Hilary Gee, a Kansas lobbyist for the American Cancer Society's Cancer Action Network, tweeted in reaction to the news.

McConnell said in a statement late Monday the defections of Moran and Lee effectively kills the bill.

"Regretfully, it is now apparent that the effort to repeal and immediately replace the failure of Obamacare will not be successful," McConnell said.