Accessibility links
'White House Arrest?' Legal Experts Disagree About Prosecuting A President Special counsel Robert Mueller may be a long way from charging anyone with wrongdoing, let alone the president. But a debate has raged since the country's founding about indicting a sitting president. 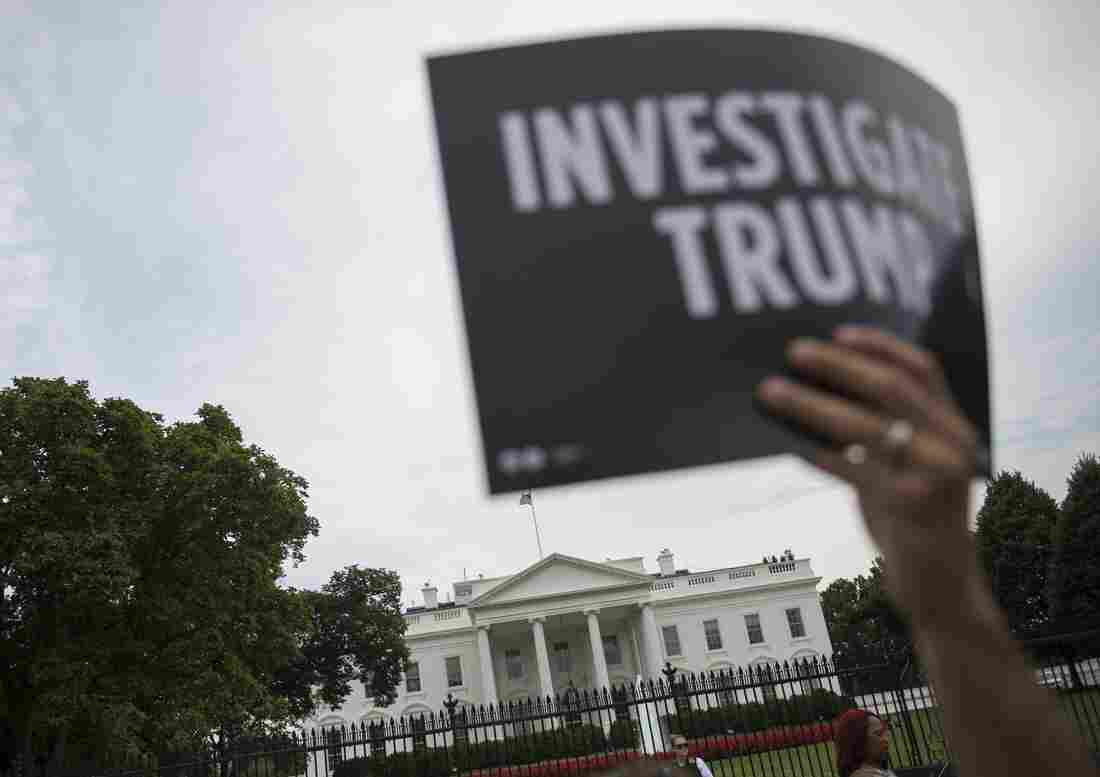 A protester holds up a sign during a July 11 rally calling for accountability regarding alleged collusion between the Trump campaign and the Russian government. Andrew Caballero-Reynolds/AFP/Getty Images hide caption 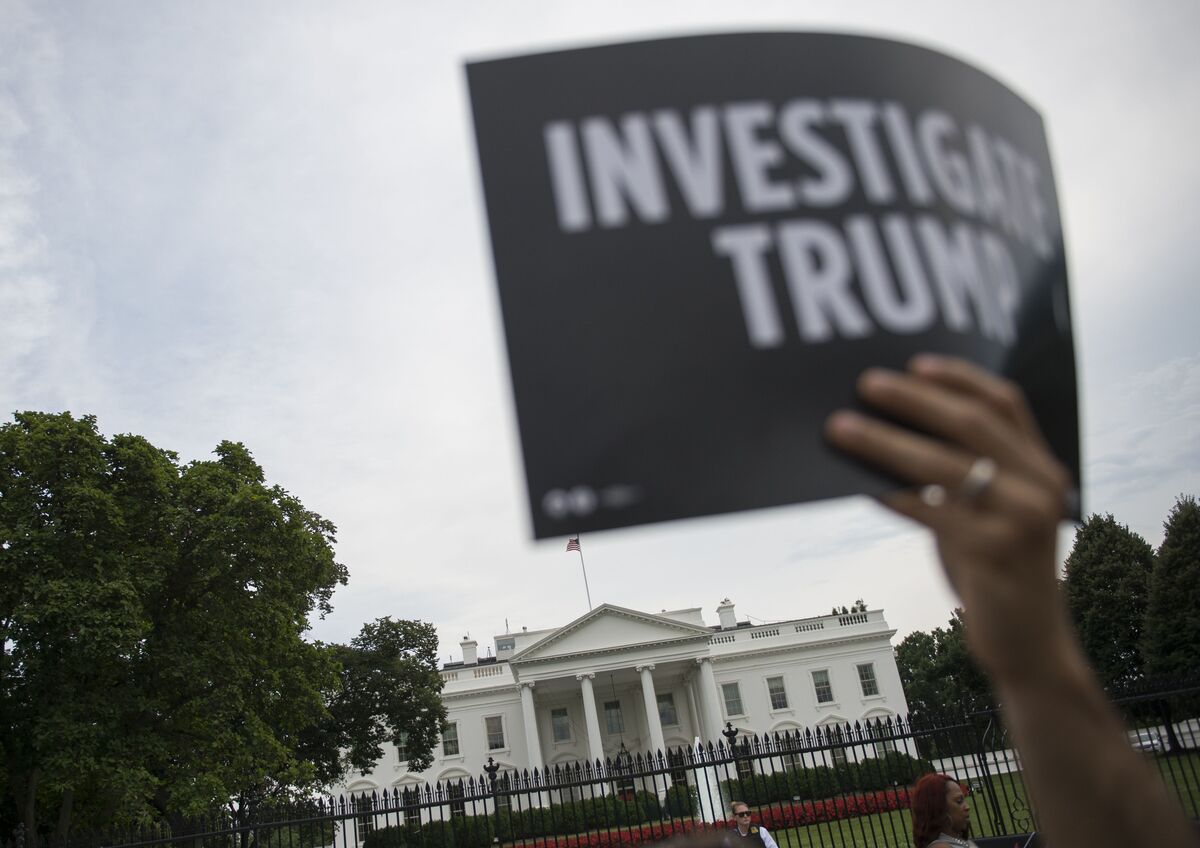 A protester holds up a sign during a July 11 rally calling for accountability regarding alleged collusion between the Trump campaign and the Russian government.

The debate over whether the president of the United States can be charged with a crime is as old as the country itself.

Early evidence comes from the diary of a Pennsylvania senator, who recorded "a heated debate on this very issue" in September 1789, said Hofstra University Law School professor Eric Freedman.

The words of the Constitution aren't much help either. It talks about impeachment, removing a president from office. But the document is vague on the issue of whether a president can be indicted while he holds the office.

"We tend to talk about it as one big on-off switch," explained Harvard Law School professor Andrew Crespo. "But, really, the question ought to be: Can he be investigated, can he be indicted, can he be made to stand trial, can he be sentenced? And the burdens imposed by each of those steps of the process are different."

And so, that debate has raged.

In the 1970s, lawyers for the special prosecutor investigating Watergate argued the president could be charged while in office. In the 1990s, attorneys working for Whitewater independent counsel Kenneth Starr favored impeachment over criminal prosecution.

And it continues to rage today, just weeks into the work of Russia special counsel Robert Mueller — who may be a long way from charging anyone with wrongdoing, let alone President Trump.

But Freedman of Hofstra said the conversation is about more than legal rules. Rather, he said, it's about the kind of country we are.

"If we really believe that we are a nation of laws, then making the president subject to the rule of law in this sense is very important, symbolically as well as practically," he said.

Most constitutional lawyers agree a president can be investigated. But the consensus breaks down when it comes to what happens next. "The president cannot be indicted, prosecuted and tried while serving in office," Harvard Law School professor Alan Dershowitz told Fox News last month.

Dershowitz pointed out the Justice Department has twice concluded that indicting a sitting president would undermine the executive branch and its duties under the Constitution.

"The only mechanism the Constitution provides is he could be impeached and once impeached and removed from office he could then be charged with a criminal trial," Dershowitz said.

But he said a sitting president cannot, according to the Justice Department.

Whether the special counsel for Russia is constrained by those Justice Department conclusions is an open question. On paper, Mueller reports to the deputy attorney general — so many experts believe he would be bound by DOJ interpretations.

In any event, constitutional lawyers said, there are practical problems to prosecuting and punishing a president who is still living in the White House.

"The notion that the president could be subject to something like house arrest, I guess we would call it White House arrest, or to a special tracking bracelet, I think is quite absurd," Bloch testified.

The president, she said, is unique, at least until he leaves 1600 Pennsylvania Ave.