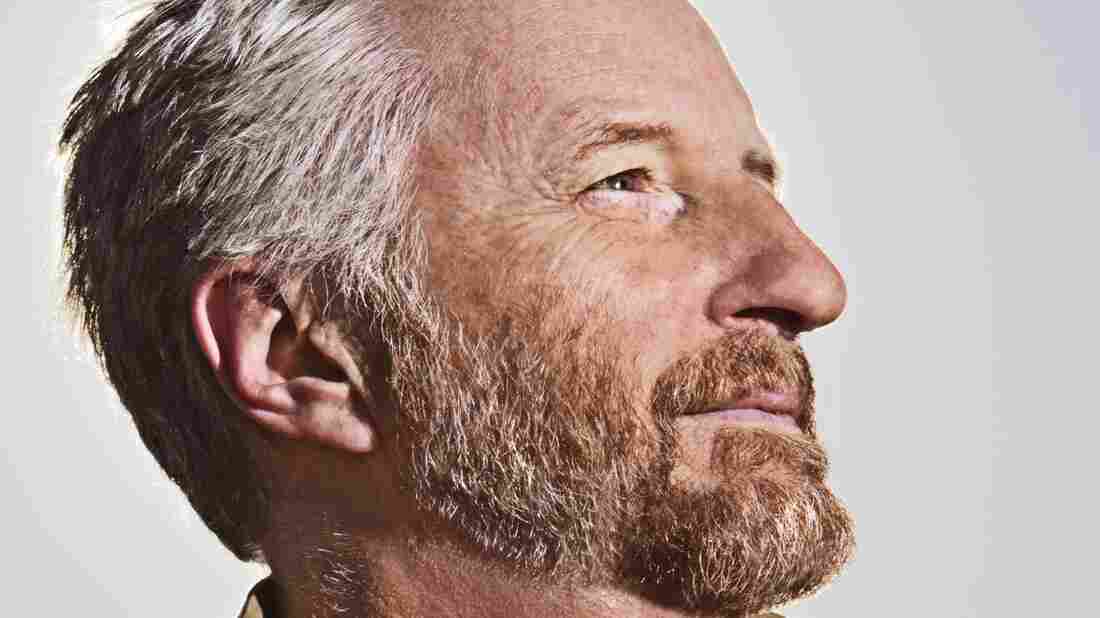 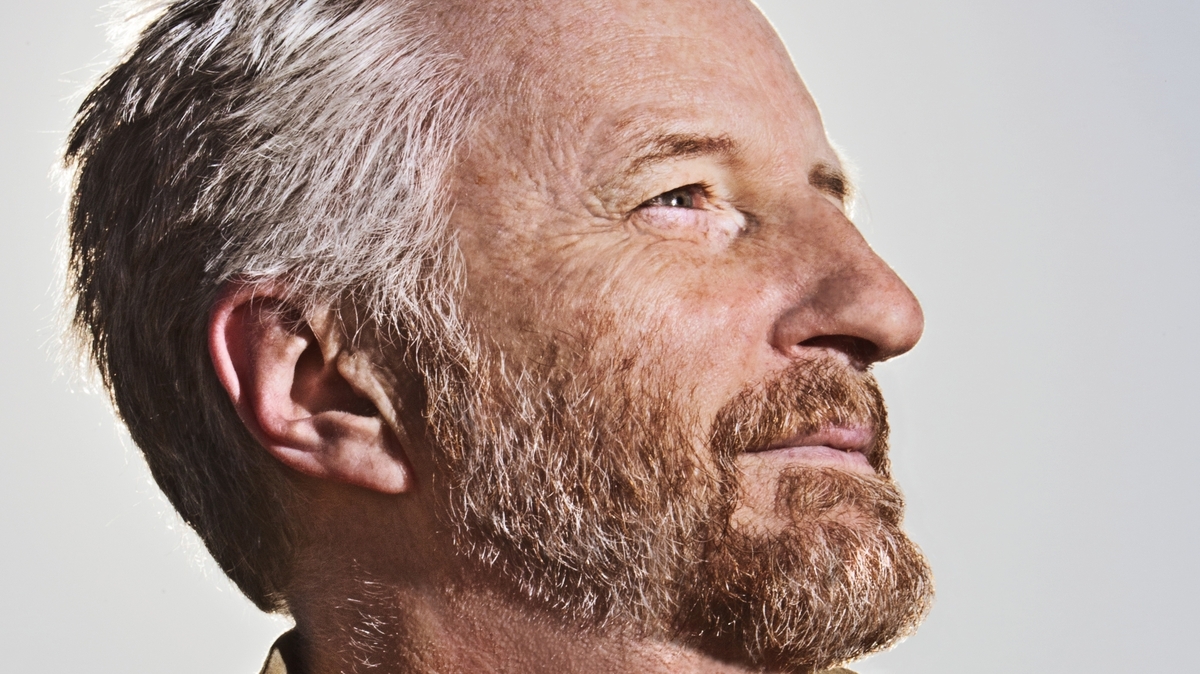 Billy Bragg says he initially pursued songwriting as a way to escape working in the local car factory.

It's hard to believe, but before the 1950s, guitars were rarely heard in British music. Billy Bragg says the first guitars to hit the British pop scene came as a part of skiffle, a musical movement inspired by African-American roots musicians.

Bragg, who's written a book on skiffle called Roots, Radicals And Rockers, describes the genre as "a bunch of British school boys in the mid-'50s playing Lead Belly's repertoire... on acoustic guitars."

One of the most pivotal performances was Lonnie Donegan's 1954 cover of Lead Belly's "Rock Island Line," which Jimmy Page of Led Zeppelin later described as a song that changed his life. But Bragg notes that the entire genre was transformative in that it opened the door for The Beatles, Van Morrison and other Brit rock bands that followed.

Hear the full Fresh Air interview, in which Bragg plays some of his favorite songs, at the audio link above, and read on for highlights.

On how skiffle took off

It starts with Lead Belly's repertoire, really. Lead Belly was probably the greatest folk musician that America produced. He played so many great styles. He was so much more than just a blues man. But what happened was when British kids got hold of that, they also started introducing some of their own folk music, sea shanties [and] calypso music. There was a large migration of people from the Caribbean, from 1948 onwards — they brought guitars with them, and a lot of cowboy songs as well.

On how British teenagers helped revolutionize the music industry

What happened in 1955, '56, was the first generation of British kids who were born during the war left school, and they left school at a time of high employment, so they were able to find work pretty quickly. So they were getting paid more, sometimes more than their parents, and the only expense they had was giving housekeeping to their mom.

So what we're seeing is these young, working-class people with spending power, and these are people who have grown up in a time of rationing. They've led this kind of terribly restrained childhood and all of a sudden, they're in the metaphorical sweet shop and they're looking for things to define themselves. For young men, what defines them as different from their parents is the guitar, picking up the guitar and playing this roots — predominately African-American roots music. And it defines them as completely different from what their parents are listening to and what's on the radio at the time, because youth culture was mediated by the BBC.

On writing poems in school

On why he wanted to try to be a songwriter

I realized you're not going to make a living reading poems out, and if I was going to escape working in the car factory — the town I grew up in was dominated by a car factory ... and everybody's dad worked there or worked for one of the ancillary companies like my dad did — so I didn't really want to work there. We went there with the school a couple of times and it just looked like Hades to me, the main body plant.

So when I told them I didn't want to do that ... the career officer literally said to me, "You have three choices, Bragg: the Army, the Navy or the Air Force," and gave me the forms, and that was it, so I thought, "You know, I'm going to have to think of something to get out of this." So I wasn't any good at boxing, couldn't play football, so I thought I might try my hand at writing songs. So the kid next door taught me how to play guitar, and everything since then has been a blur till we just started talking a few minutes ago. 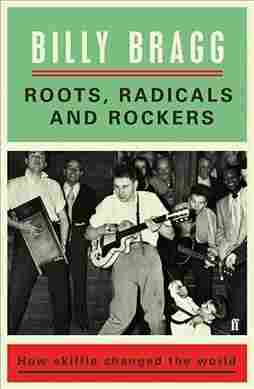 How Skiffle Changed the World

On why he enlisted in (and later left) the Army

One of the reasons I did it, I think, looking back, is I was trying to get rid of this stupid idea that I could ever be a singer-songwriter and this seemed to be the best way to just smother it, kill it, forget it. Of course, I get to this place, this Army place, and I just start coming up with these great ideas for songs, and I suddenly realize, "Damn, I'm going to have to extricate myself and do this one more time."

That experience of basic training, I hate to say this: I was pretty good at it. When I said I was leaving, they were very disappointed, because I was actually pretty good at it. The whole thing. It kind of gave me a sense that I could do anything. In the end it ended up being like a sabbatical, because I'll be standing in a pub somewhere in South London and there'd be a leery audience and I'd think, "I've taken on the British Army, I can deal with these herberts, what have you got?"

I was working with a guy who did video presentations for corporations at a time when people didn't have video, so we would carry a video machine around with us to do these presentations. So I'm in a record company, trying to get to see a guy to give him my [demo] tape and they're not letting me in ... and I'm sitting there, hours going by and nothing's happening and a young lady stuck her head around the door and said, "Are you the guy who's come in to tune in the video?" And without thinking much about it I said, "Yep, that's me!" So they let me in, they let me through the door upstairs into the place, I crawled under the telly, I tuned in their video like they asked me — wasn't a lie, I did it — and then I asked around [for] the guy I was looking for and they said, "Yeah, that's him over there," and I went and gave him my tape, and he ended up being my manager and getting me a record deal.

On something he learned from Woody Guthrie's songwriting

I think Woody — he's said as much in his writing, that he never wanted to write a song that made people feel down. When he wrote his political songs it was always about lifting people up and giving them hope and making them feel a better life was possible. He said he hated songs that made people feel like they were born to lose. So what I learned from that — it's something I've been feeling for a while, but I haven't been able to articulate, and that is the biggest enemy of all of us who want to make the world a better place is not capitalism or conservatism. It's actually cynicism. And not the cynicism of right-wing newspapers or news channels — the cynicism that is our greatest enemy is our own cynicism, our own sense that nothing will ever change, that nobody cares about this stuff, that all politicians are the same.

Sam Briger and Therese Madden produced and edited the audio of this interview. Bridget Bentz, Molly Seavy-Nesper and Lars Gotrich adapted it for the Web.