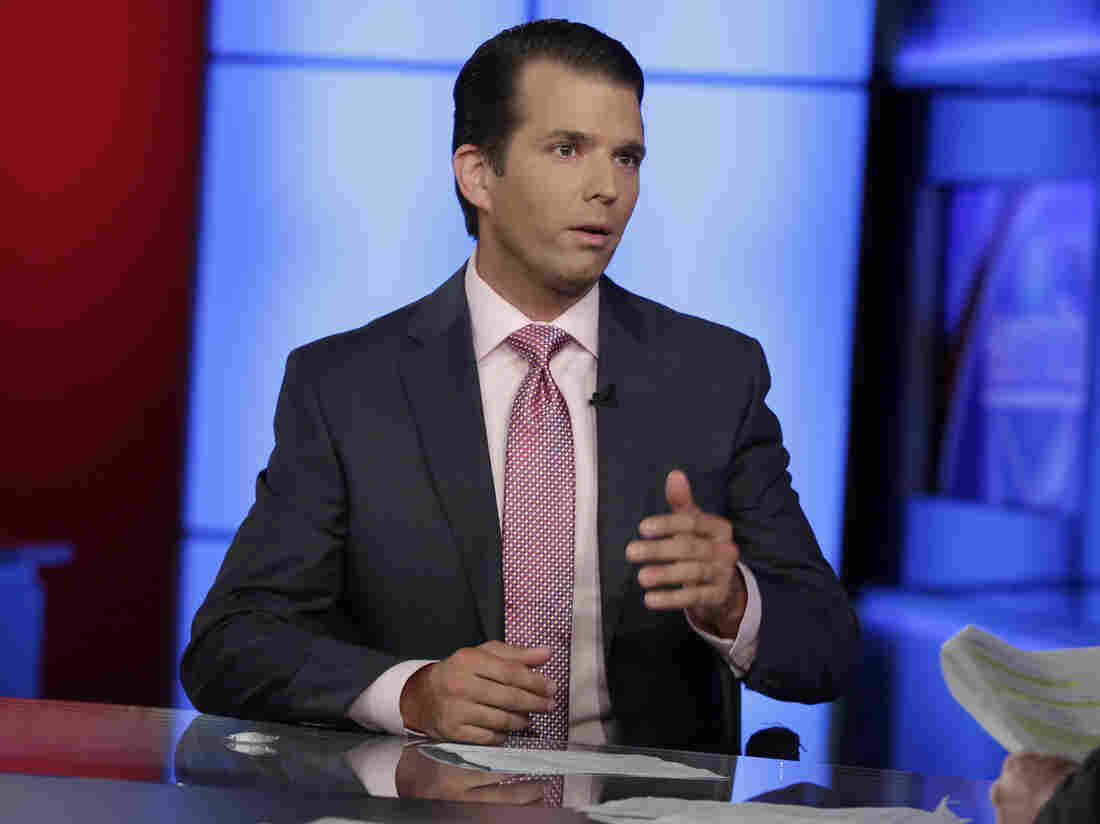 Donald Trump Jr. is interviewed on the Fox News Channel earlier this month, where he discussed his meeting last year with a Russian lawyer. Richard Drew/AP hide caption 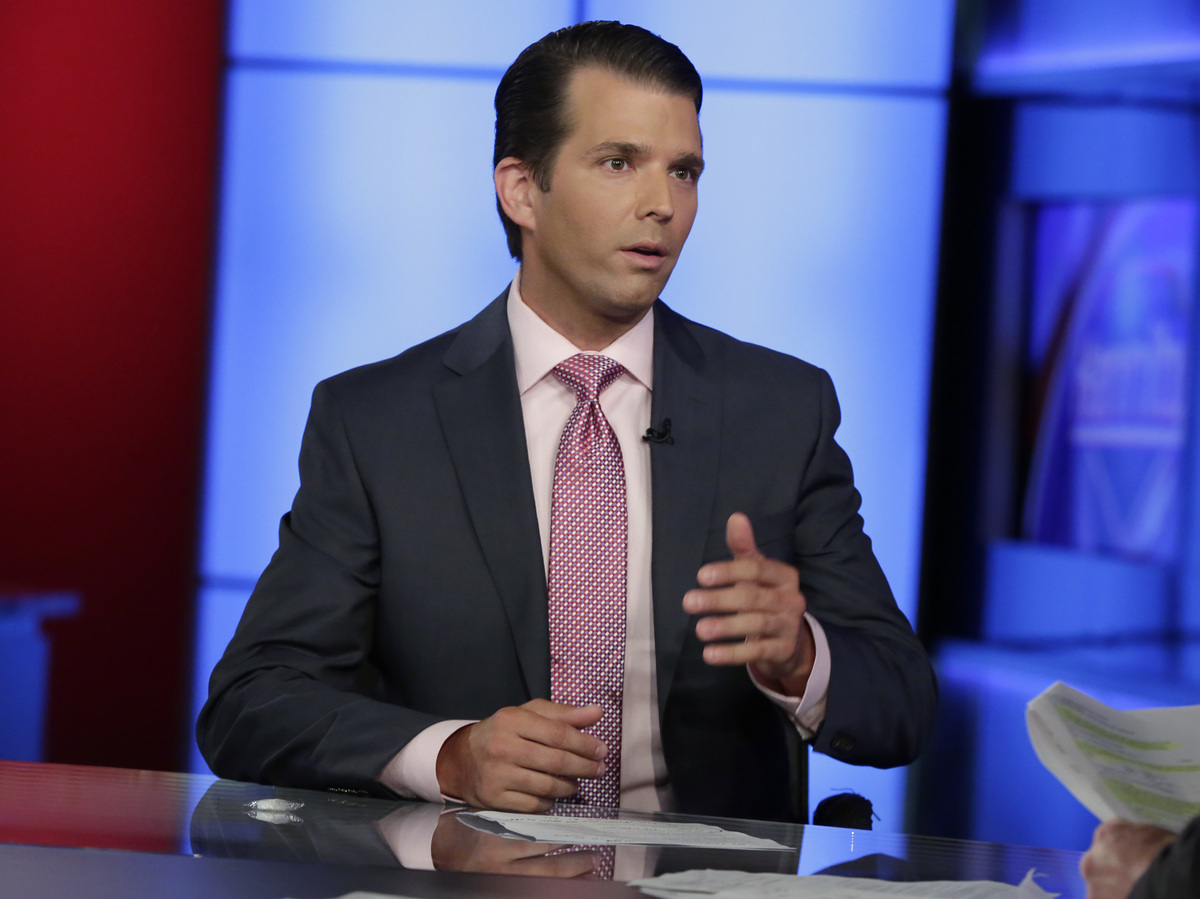 Donald Trump Jr. is interviewed on the Fox News Channel earlier this month, where he discussed his meeting last year with a Russian lawyer.

Donald Trump Jr. and Paul Manafort, the president's eldest son and his former campaign chairman, are set to testify publicly next week before a committee probing Russia's attempts to influence the outcome of the 2016 election.

In a statement issued by the Senate Judiciary Committee, Trump Jr. and Manafort are listed as witnesses scheduled to appear on Wednesday, July 26.

The two men are expected to be questioned about allegations of collusion with Russia to influence the election.

The committee's chairman, Sen. Chuck Grassley, R-Iowa, said he wanted Trump Jr. to testify after learning about revelations that the president's son had accepted a June 2016 meeting with a Russian attorney who he was told had "official documents and information that would incriminate Hillary" Clinton. Trump Jr. had earlier expressed his willingness to appear before the committee.

Manafort and the president's son-in-law and adviser, Jared Kushner — who is not on the witness list for the panel's hearing Wednesday — were also present at the meeting with Russian lawyer Natalia Veselnitskaya and others at Trump Tower in June of last year.

Since the meeting was first reported by the New York Times earlier this month, the explanation of what took place there has evolved, with Trump Jr. and the White House downplaying its significance. However, emails later released by Trump Jr. show that he was told Veselnitskaya would provide damaging information on Clinton as part of "Russia and its government's support for Mr. Trump."

But Veselnitskaya has told NBC News that she never had any damaging information on Hillary Clinton and never had any intention of providing any at the meeting. Trump Jr. said in a statement to the New York Times that at the meeting "it quickly became clear that she had no meaningful information" and that "that the claims of potentially helpful information were a pretext" because Veselnitskaya changed the subject to Russian adoptions and the Magnitsky Act. Speaking to Fox News' Sean Hannity recently, Trump Jr. said, "It was literally just a wasted 20 minutes, which was a shame."