Accessibility links
Senator John McCain Diagnosed With Glioblastoma, A Type Of Brain Tumor The Arizona Republican underwent surgery on July 14 to remove a blood clot. The Mayo Clinic says testing revealed that a tumor "known as a glioblastoma was associated with the blood clot." 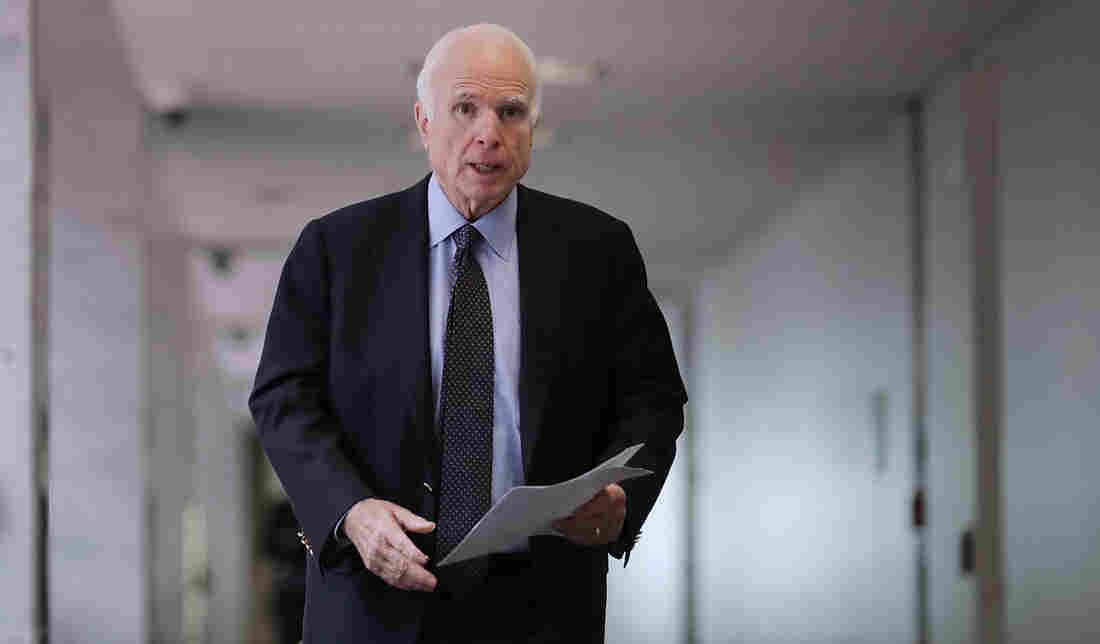 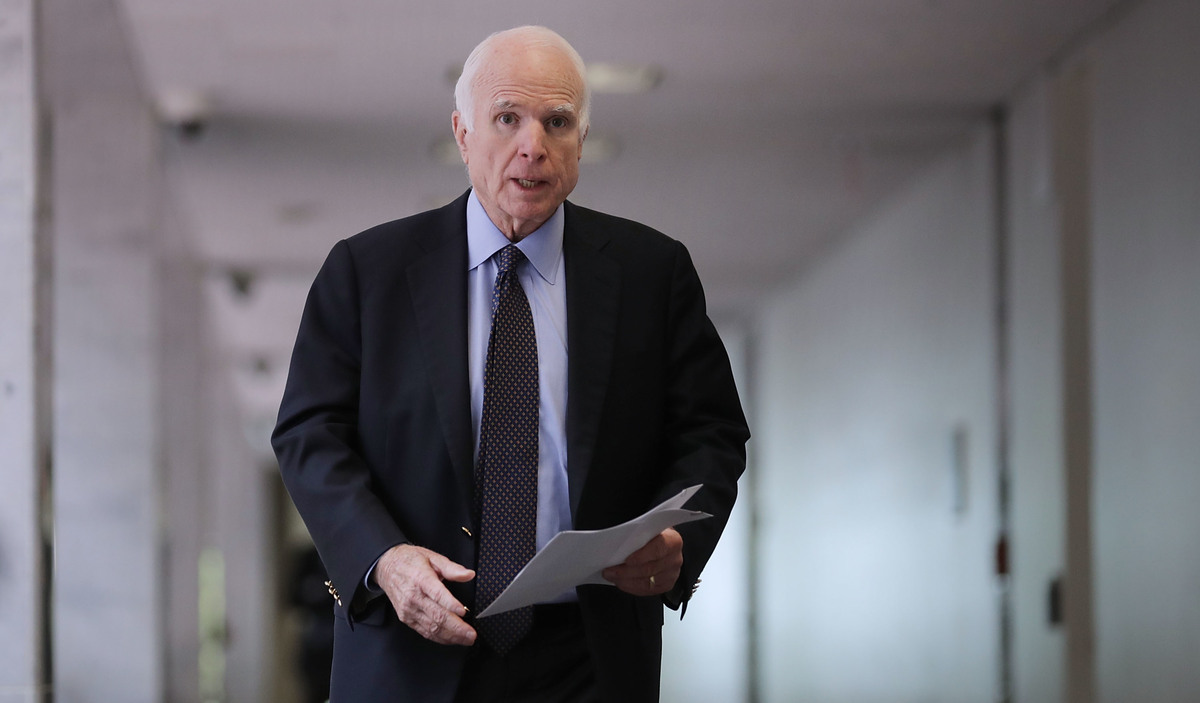 Arizona Sen. John McCain has been diagnosed with brain cancer, the Mayo Clinic Hospital in Phoenix says. McCain, 80, underwent surgery for a blood clot on July 14.

The hospital says testing revealed that a tumor "known as a glioblastoma was associated with the blood clot."

"The Senator and his family are reviewing further treatment options with his Mayo Clinic care team. Treatment options may include a combination of chemotherapy and radiation," the hospital statement said.

A statement from McCain's office says he is "in good spirits as he continues to recover at home with his family in Arizona."

His daughter Meghan tweeted that her family members have "endured the shock of the news," adding:

"It won't surprise you to learn that in all this, the one of us who is most confident and calm is my father. He is the toughest person I know. The cruelest enemy could not break him. The aggressions of political life could not bend him. So he is meeting this challenge as he has every other. Cancer may afflict him in many ways: But it will not make him surrender. Nothing ever has."

McCain, a prisoner of war during Vietnam, has served in the Senate for 30 years. He previously has been treated for melanoma.

President Trump released a statement saying, "Senator John McCain has always been a fighter. Melania and I send our thoughts and prayers to Senator McCain, Cindy, and their entire family. Get well soon."

Former President Barack Obama tweeted his deep regard and good wishes for McCain.

John McCain is an American hero & one of the bravest fighters I've ever known. Cancer doesn't know what it's up against. Give it hell, John.

Other former and current colleagues expressed their support.

John McCain is as tough as they come. Thinking of John, Cindy, their wonderful children, & their whole family tonight.

.@SenJohnMcCain has always been a warrior. It's who he is. All of us, not as Republicans or Democrats, but as Americans, are behind him. pic.twitter.com/B6iDpPultM

"This disease has never had a more worthy opponent." pic.twitter.com/4S6cssfJCv

John McCain is one tough fighter - we know he'll face this diagnosis with courage and strength. Our family... https://t.co/XXTUltNGey