Accessibility links
'Dunkirk' Director Christopher Nolan: 'We Really Try To Put You On That Beach' Nolan's latest film marks the first time he has tackled a true story: the heroic evacuation of British troops by civilians in small boats at the beginning of World War II. 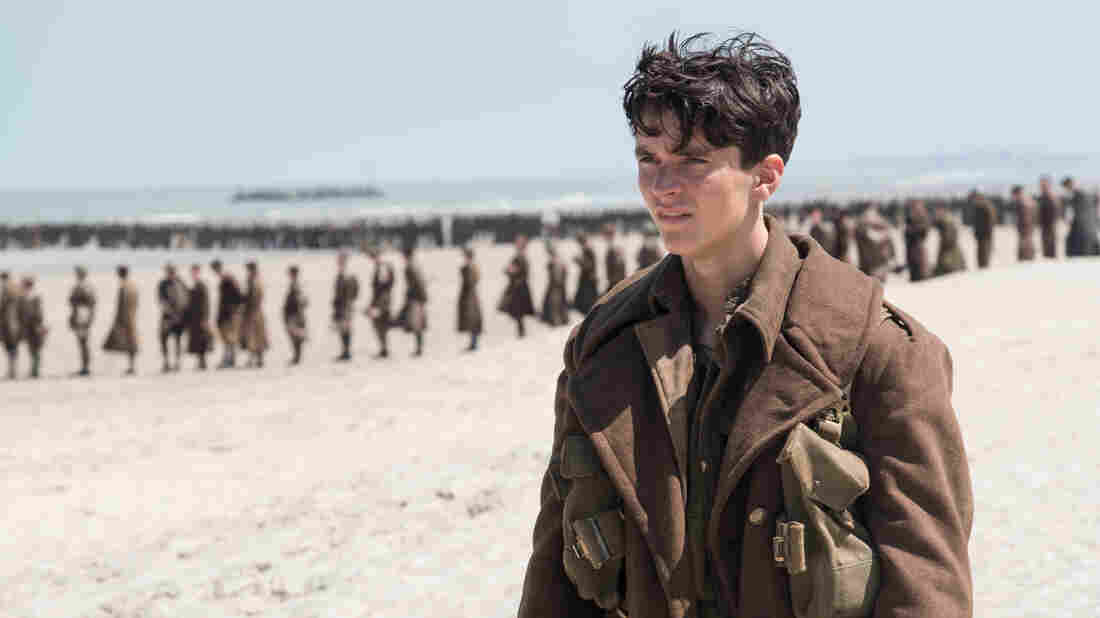 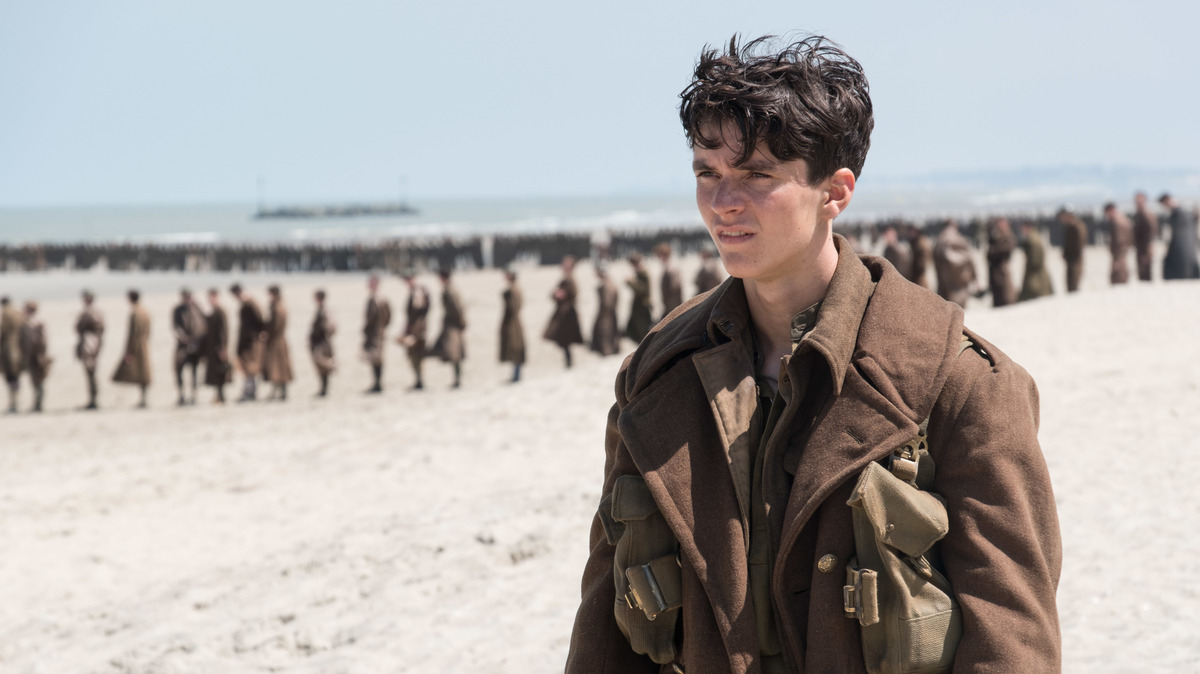 In England, there's something known as the "Dunkirk spirit," shorthand for coming together in times of adversity. It refers to the heroic evacuation of British troops by British civilians in small boats at the beginning of World War II — and it's a story director Christopher Nolan has wanted to tell for a long time.

"You've got 400,000 men on this beach [in Dunkirk, France], pretty much within sight of England; the enemy closing in on all sides," Nolan says. "And they were faced with really the choice between surrender and annihilation. And the fact that this story does not end in either surrender or annihilation is why, for me, I think it's one of the greatest stories in human history."

We went into it, I think, in a pretty light fashion. You know, we jumped on the boat and we thought it would take, you know, eight or nine hours. It took about 19 hours and the weather was terrible. And the channel can be very, very fierce, and that was without anybody dropping bombs on us. We weren't heading into a war zone the way people were in 1940. And so your admiration and respect for the idea of any civilian willingly, knowingly getting on their boat and heading out into those waters to make that crossing into a war zone — I mean it's unthinkably brave.

We did a series of interviews to gather impressions and material, really look in their eyes and hear what their experiences were. Some of those things very directly made it into the film. I mean, there's a moment in particular where you see our heroes kind of sitting there on the beach, not knowing what to do, and they watch a soldier just walk into the water and swim away. And this was something that a veteran called Vic Viner, a guy I was privileged to meet, he just told me that he watched people do this. And I asked him, I said, "Well, did they actually think they could swim the channel? Were they swimming out to the boats? What?" And he said he didn't know what they were doing, but he knew that they were going to die. It was a very sobering thing, and I really wanted to put that experience into the film. That's just one example of a lot of different things that I was told by these veterans that you could only really get from first-hand accounts. 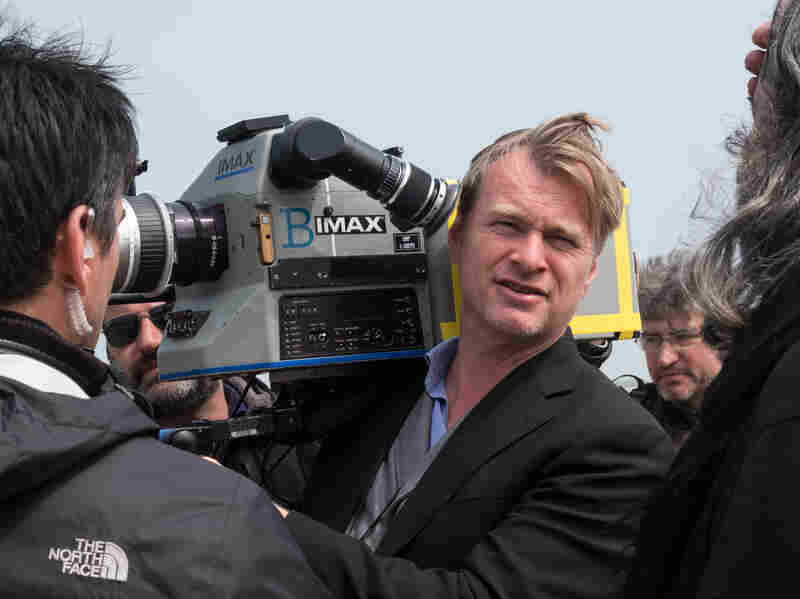 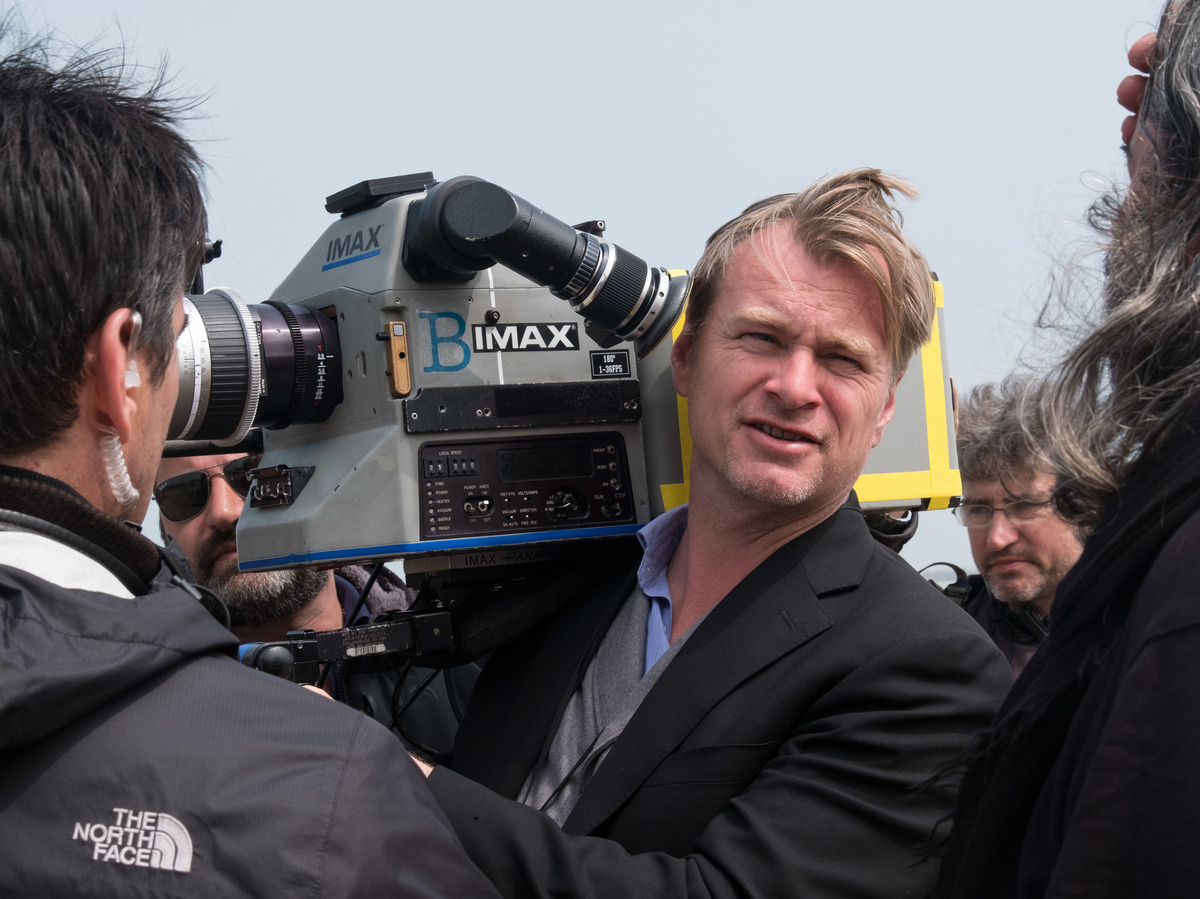 Nolan filmed Dunkirk on the French beach where the evacuation took place.

On thinking of the film as "intimate epic"

The idea was that you don't depart from a very human scale of storytelling. You don't cut away to generals in rooms with maps kind of, you know, talking about the politics or the history or whatever. You just stick with what people at the time would have seen and experienced. And so what I wound up doing is fragmenting the story into three different story lines that braid together, and broadly speaking that's land, sea and air. So we really try to put you on that beach, we try to put you in the cockpit of that spitfire above the beach, we try to put you on a boat coming over to help with the evacuation. And the idea is that as the stories cross cut, we're building up a bigger picture of the events for the audience who doesn't understand or doesn't know the story.

On his decision to film on the beach in Dunkirk, with real boats and planes, instead of relying on special effects

The tone of the film is really about immersion, it's really about first-person experience. There's very little dialogue in the film. The idea is you jump right in and you're almost a participant in what's going on. And so I wanted the clearest, most real, most tactile sensibility for everything in the film, including the visual effects. And so we sourced real planes, real boats. We shot in the real location. Several days, we found ourselves on the real beach watching the real little ships who'd actually taken part in the evacuation in 1940. They came back to Dunkirk. ... We had a group of the same boats, and they came and they took part in our restaging of the evacuation.

On prioritizing suspense over character development

My gamble with this film was to turn around and say, "What if we strip the conventional theatrics away?" I wanted to produce a film that was almost entirely based on the language of suspense, which I think is the most visual of cinematic languages, which is why I think Hitchcock has always been held up as possibly the greatest director of all time. And what Hitchcock understood — and I've tried to emulate and really learn from — is that the audience can care about a character simply by virtue of what it is they're trying to achieve onscreen in a physical sense, a task they're trying to achieve. We very immediately, as audience members, we lean into that. We find ourselves in their shoes very quickly, and I wanted to make a film that really snuck up on the emotions. The emotion ... hopefully it feels earned by the end of the film; it doesn't feel like something that we've been telling you to feel the whole way through the film.

There's an enormous responsibility that comes with it. And that sense of responsibility — particularly for a British person working in what's really sacred ground in British culture — when you then come to screen the film, all of that responsibility, all of that pressure comes flooding back. We had a screening for the veterans that I had spoken to, their families. ... Honestly, never felt quite such pressure in a professional setting as standing in front of that audience and about to, you know, show our version of what they'd actually lived through.

Oh how the screening for veterans went

Danny Hajek and Courtney Dorning produced and edited this interview for broadcast, and Nicole Cohen adapted it for the Web.