Accessibility links
Besson's Dazzling But Dull 'Valerian And The City Of A Thousand Planets' French writer-director Luc Besson mounts a hugely imaginative sci-fi spectacle, but builds it around papier-thin characters and dialogue. 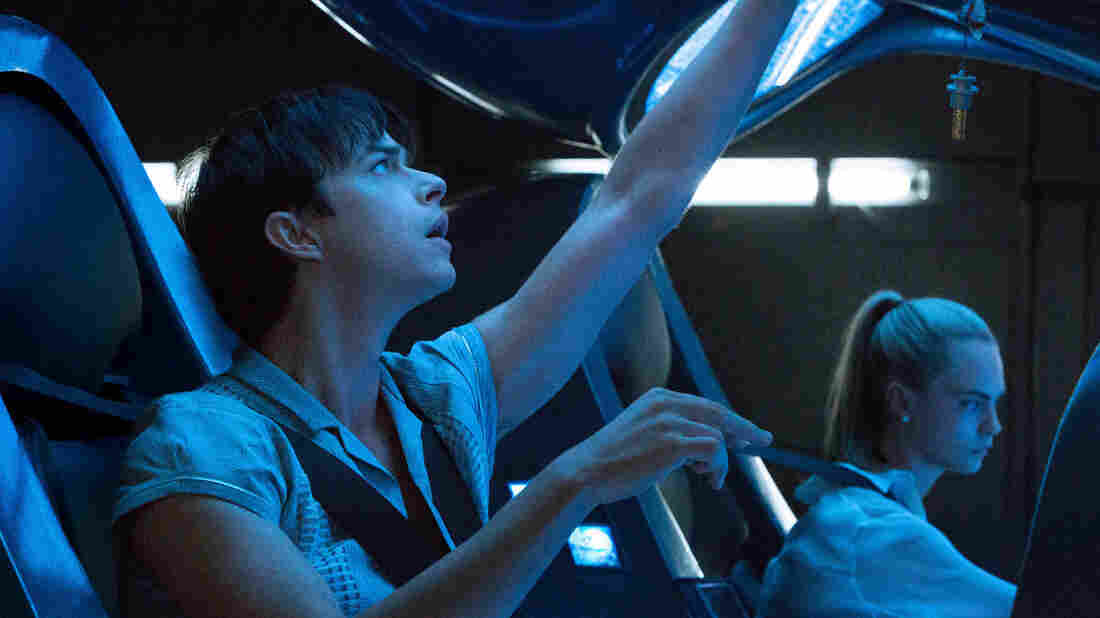 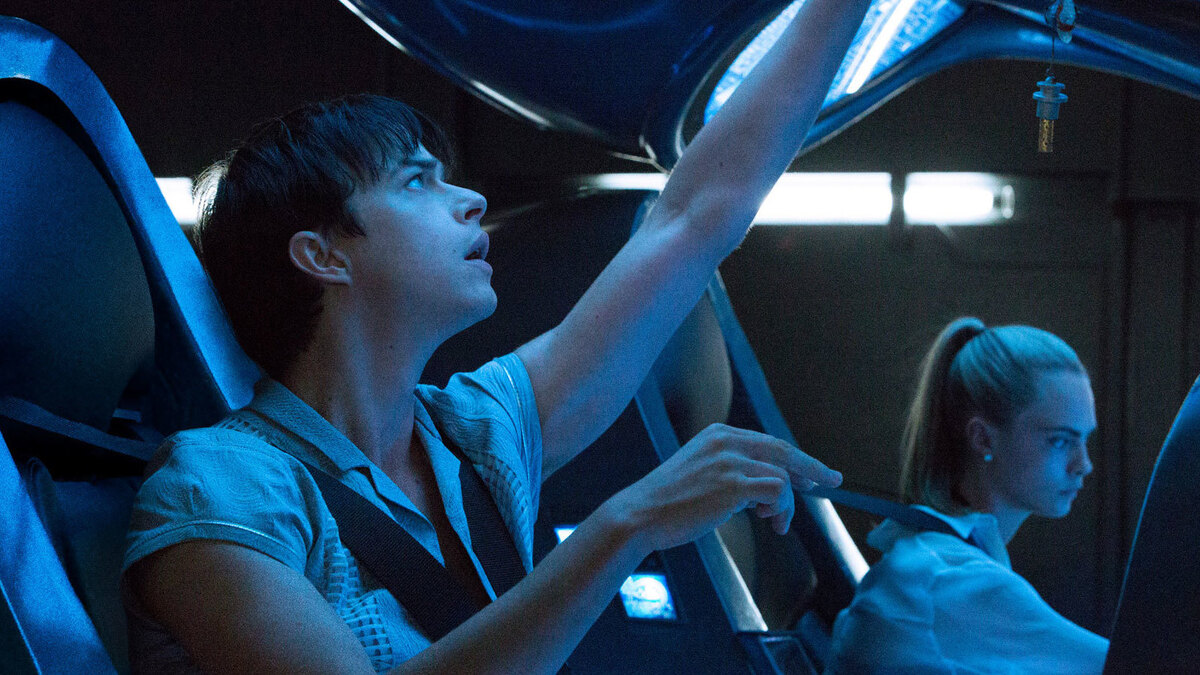 Although Valerian and the City of a Thousand Planets is visually overstuffed and sometimes cloaked in darkness, one thing is easy to see: how its principal setting, the sprawling space-station Alpha, parallels writer-director Luc Besson's utopian filmmaking vision.

Over hundreds of years, the earthling-founded Alpha has appended precincts and welcomed species, until by the 26th century it's home to almost 30 million beings who speak over 5,000 languages. Besson's own cinema factory sticks mostly to English and French, but its synthesis of European and Asian B-movie genres (and funding) is Alpha-like in its global reach. The principal thing that keeps it earthbound is Besson's reliance on his own flimsy scripts.

Adapted from a long-running French comic-book series, Valerian is exuberant, extravagant, and generally likable. Yet many parts of the movie just don't work. Sticklers for things like acting and dialogue are likely to be dissatisfied.

The movie even begins with an aborted takeoff: a montage set to David Bowie's "Space Oddity," a song whose many associations upstage the accompanying images.

The tale is introduced by two CGI-heavy episodes. In the first, a gentle civilization flourishes on Mul, a planet that's all beachfront property. (The sleek locals suggest Avatar's Na'vi, relocated to a South Seas paradise that's bleached them ivory.) In the second, two government agents travel to a Morocco-like tourist attraction whose massive souk is accessible only via a kind of cross-dimensional virtual-reality gear. The operatives have been sent to retrieve a rare animal that, it turns out, hails from the world we previously visited.

The agents are Major Valerian (Dane DeHaan) and Sergeant Laureline (Cara Delevingne), who are young, attractive, and potentially an item. Valerian is supposed to be a swaggering Han Solo type, but the boyish DeHaan — looking about half his 31 years — is incapable of conjuring such a character. Laureline is an updated Barbarella with an "Ivy League" education, made almost credible by the spirited Delevingne. She's a former fashion model who's probably used to being paraded — as Laureline is — in bikinis, breast-thrusting jumpsuits, and such.

Alpha teems with humanoids, extraterrestrials, and robots, yet Valerian and Laureline are the only individuals who rate significant screen time. The other performers include Clive Owen, Rihanna, Ethan Hawke, and Herbie Hancock, with John Goodman as the voice of a obese trafficker in stolen goods who might as well be named Jabba the Hutt. All are essentially cameos.

That's one of the odd things about Valerian: Although the canvas is huge, the story is small. In the movie's first half, as characters and situations are introduced, there seem to be too many plot strands. But when finally pulled together, they amount to very little.

If mostly humor-impaired, Valerian does attempt some social satire. Yet its perspective often seems more 19th- than 26th-century, notably in a sequence where Laureline is captured by members of a hostile species and forced to don a white dress to be presented to their emperor. The blobby computer-generated creatures resemble natives from the most racist of Tarzan movies.

Besson ponders the male-female divide, inconclusively, by having Valerian mind-meld with a princess from Mul (voiced by Sasha Luss) and body-blend with a shape-shifting vamp (Rihanna). Yet the filmmaker is capable of scripting this response from Laureline to a non-Earthling who says humans are predictable: "Clearly you've never met a woman."

Valerian would be sharper if Laureline really were more capricious, and less the dutiful helpmate to her blandly macho partner. But the amazements that energize this movie come from the editors, animators, and production designers, not the characters.