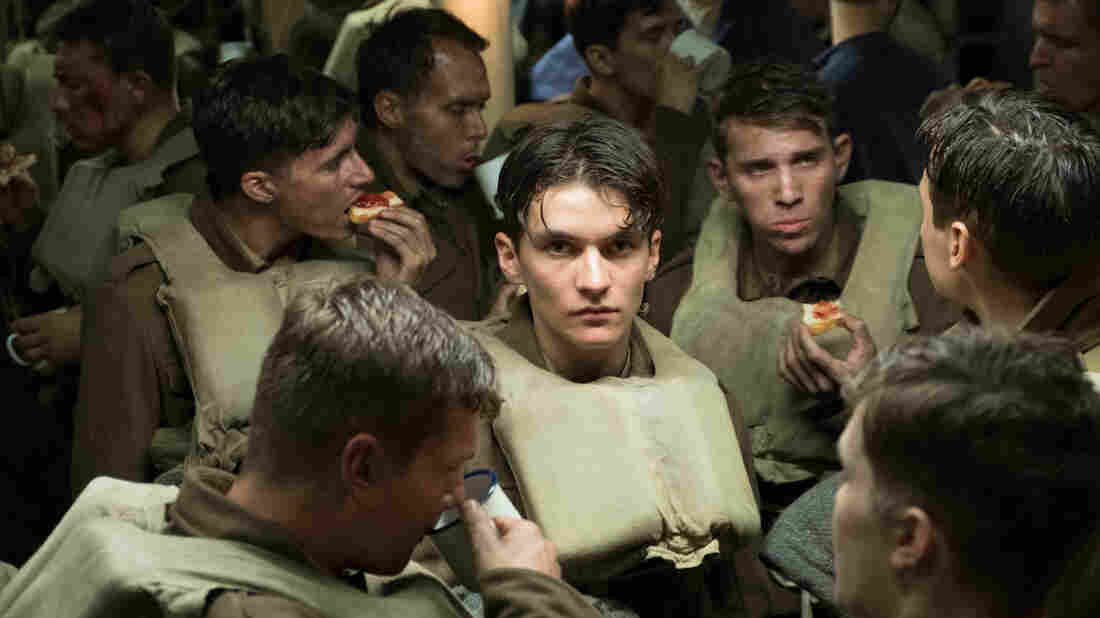 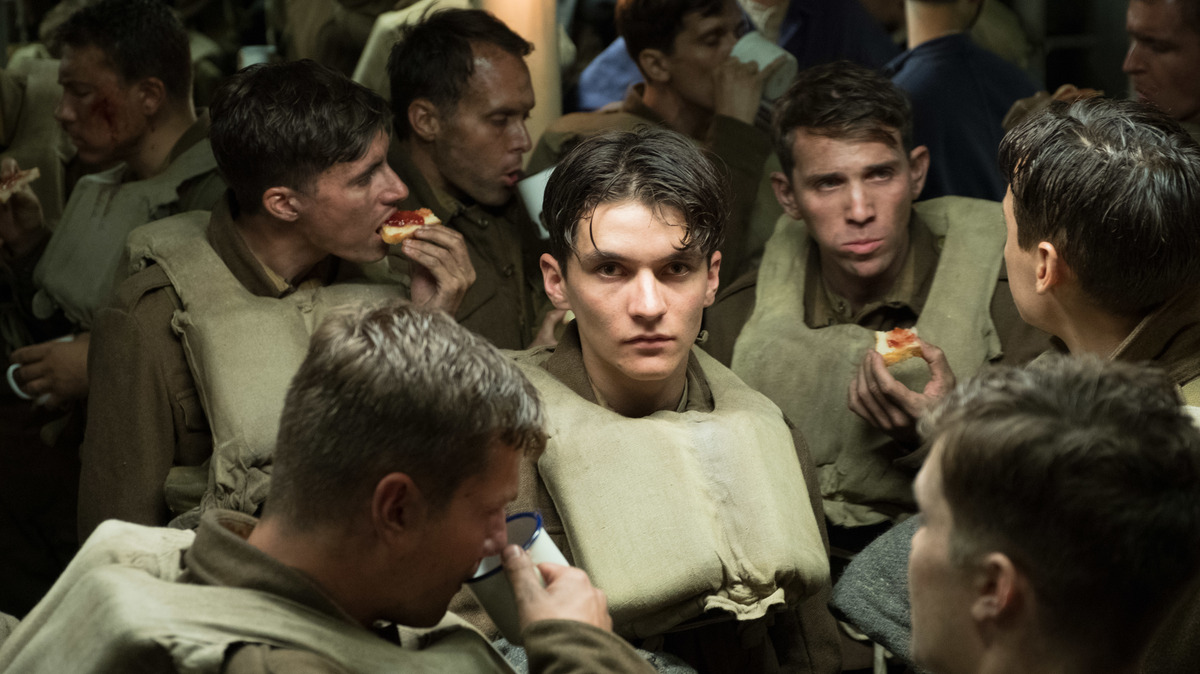 Tommy (Fionn Whitehead), a British soldier desperate to escape the beaches of Dunkirk, is safe — for now.

Dunkirk, Christopher Nolan's enveloping and prismatic World War II movie, is the prequel — historically speaking — to Battle of Britain. That film, a jolly, G-rated celebration of British pluck from 1969, features an all-star cast, some of whom still show up in Nolan movies to this day. It made the deadliest conflict in human history seem about as scary as a V-E Day Parade.

But a month before the start of England's 1940 campaign to defend itself by air, British forces retreated from Dunkirk by sea. With 400,000 troops stranded on the northern tip of France, and the military hoarding its warships and planes to defend the homeland, the Royal Navy pulled together a flotilla of small, unarmed civilian boats (and their crews) to fetch the exhausted soldiers home across the Strait of Dover. "The Dunkirk Miracle," as the 1940 event is taught to British schoolchildren in the same gauzy way American kids learn about Paul Revere's midnight ride, is the simple story Nolan is telling here. But as always, he tells it in a relentlessly suspenseful, breathtakingly poetic, occasionally confusing, and OK, yes, exhausting way. Intentionally exhausting, I reckon. With James Cameron having exiled himself to Pandora and Peter Jackson passed out on the Shire, Nolan is more or less the last auteur buster of blocks still standing.

In IMAX, naturally. And 65 mm. Dunkirk is well worth seeking out in its native format. The immersive quality of Interstellar and Spectre cinematographer Hoyte Van Hoytema's frame would be difficult to overstate. Subjects as ordinary as the foamy, mashed potato-like sand on the beach take on a hypnotic effect. Is it ethical to make a war movie this beautiful?

Until now, Nolan has made purely imaginary films about obsessives; a historical ensemble picture that doesn't really privilege any single character is something new for him. (New face Fionn Whitehead, as an army soldier desperate to escape the beach, has more screen time than any of Dunkirk's sparingly deployed stars. These include boy-band veteran Harry Styles as another terrified soldier; I mean it as praise when I say he doesn't stand out in the part except for being a little handsomer than anyone else.)

The latter-day war movie that Dunkirk most recalls is Black Hawk Down, Ridley Scott's dramatization of Mark Bowden's nonfiction book about a botched 1993 special forces raid in Somalia that became an all-night bloodbath. Like that film, Dunkirk largely elides the context of the fighting to burrow into the details that make combat a universal experience of dread, discomfort, panic and boredom, with fleeting opportunities for cowardice or valor. In Dunkirk, Nolan shows us both, without judgment.

As in many of his other movies — the fractured noir Memento, the psychic espionage thriller Inception, the cosmic odyssey Interstellar — he explores the elasticity of time. All films do this, of course; but for Nolan the malleable experience of time is as much the subject as the canvas. He splits Dunkirk into three recombinant strands: "The Mole" (referring not to a spy, but to a pier; this the tale of the foot soldiers on the beach), "The Sea," and "The Air." While each story spans the length of the film (108 minutes, the second-briefest of Nolan's career), they intersect in surprising and satisfying ways. Dialogue is kept to a minimum, and is often obscured by explosions or rushing water or screaming aircraft engines or Hans Zimmer's ticking-clock score. (It's literally the sound of a ticking stopwatch in some scenes.) When exposition can't be avoided, Nolan puts it where it belongs: In the classically trained mouths of Kenneth Branagh and James D'Arcy, as a senior Royal Navy and Army officer, respectively, overseeing the evacuation on the beach. The fact that Branagh came to fame directing and starring in a well-received version of Henry V a generation ago makes his appearance as the ranking officer in another tale of desperate, outmatched Britons all the more satisfying.

The other actors who earn solo billing are Mark Rylance, stern and steady as the skipper of the commandeered yacht Moonstone, Cillian Murphy as the shellshocked survivor of a U-boat attack, and Tom Hardy as Ferrier, an all-business Royal Air Force ace.

Many World War II movies made within a decade of the war's end — Twelve O' Clock High, 30 Seconds Over Tokyo, and Flying Leathernecks among them — juiced their recreations with genuine documentary footage of air-to-air combat. But the dogfights Nolan and Hoytema have staged (by bolting an IMAX camera to the side of an airplane and then chasing real Spitfires and Messerschmitts through the sky) are as visceral and enthralling as any ever filmed.

In Dunkirk's airborne storyline, Hardy and Jack Lowden play a pair of Spitfire jockeys dispatched to hunt down the Messerschmitts and Heinkels terrorizing the soldiers on the beach and their rescue ships. Another movie that puts Hardy in a mask for most of his screen time; another chance for him to demonstrate that he can communicate more through his eyes than some Oscar winners can with their entire bodies. With his God's Eye view of the chaos on the beach below, and his cool, problem-solving mien, its tempting to see Hardy's fighter ace, battling both the Enemy and a dwindling fuel supply, as Dunkirk's Nolan surrogate. And when the film's equivalent of Henry V's famous St. Crispin's Day speech comes, it isn't an oration, but a breathtaking tableau of Hardy's Spitfire gliding over the sand.