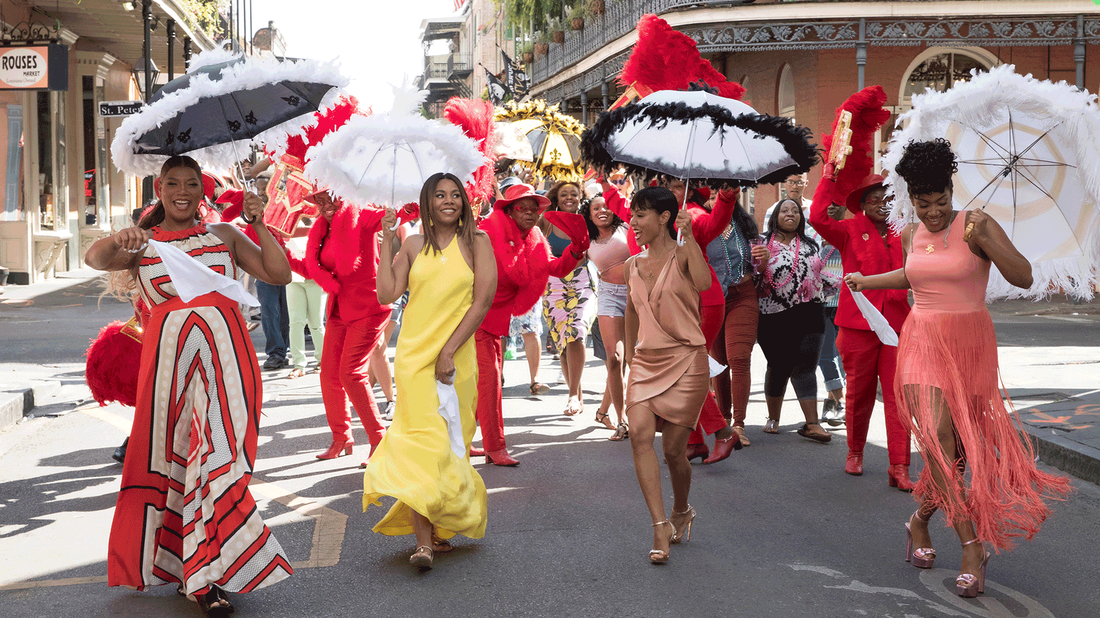 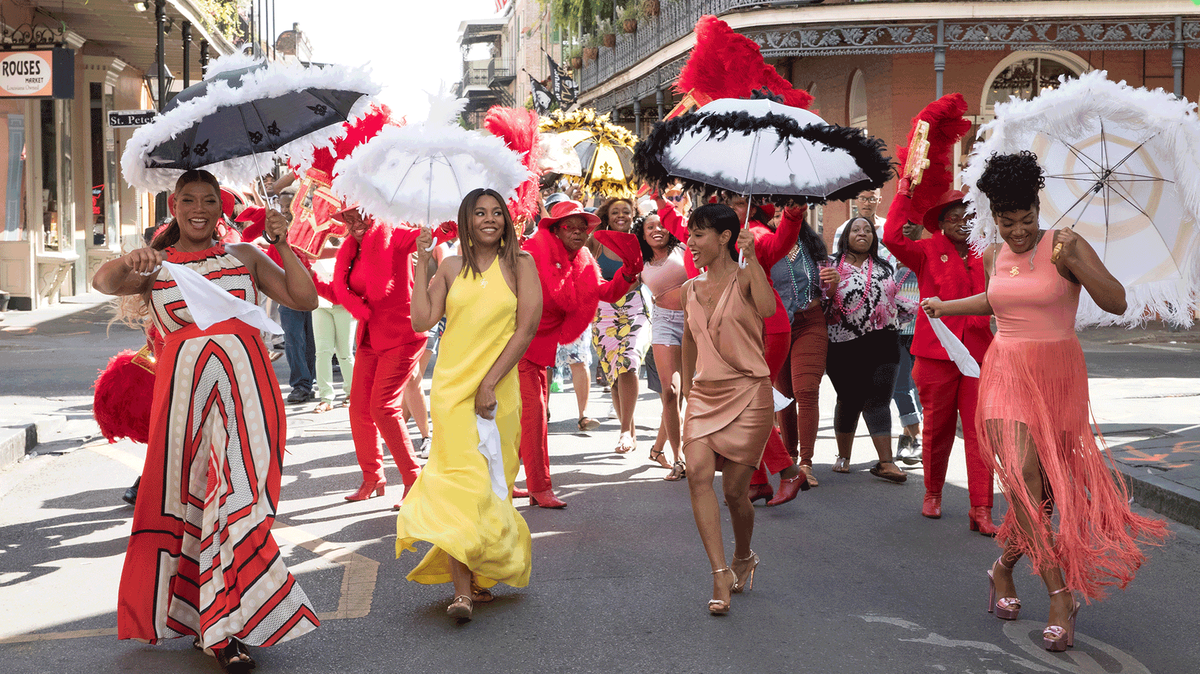 Among the four stars of Girls Trip — the third and funniest summer comedy about hard-partying women in trouble, following Snatched and Rough Night — Tiffany Haddish is the least well-known, having bounced around in minor roles on film and television before landing a spot as a series regular on The Carmichael Show. All that stands to change overnight. As Dina, a pleasure-seeker of unapologetic, bull-in-a-china-shop relentlessness, Haddish is so incandescently filthy that a new ratings system should be developed to accommodate her. Comedies like Girls Trip trade in shock value, but Haddish laces her raunchy tirades with a distinct, infectious joy, often prefaced by a naughty curl of the lips as she gets ready to go off.

When Dina is first introduced, via flashback, she's celebrating in the lobby of a women's clinic, because she's been diagnosed with chlamydia, a more treatable STD than she might have feared. Many years later, as her three closest friends in the "Flossy Posse" have grown up and accepted the burdens and responsibilities of adulthood, Dina hasn't changed a bit. She lives for the moment, without regard for the consequences. If her words and actions happen to get her fired from her job or kicked out of a hotel or roped into bar brawl — all three of which occur in Girls Trip — she moves onto the next confrontation and the next opportunity to have a little fun. When a street vendor sells her a small bottle of absinthe and warns her to work through it over five years, she laughs him off. She'll polish that off in a few months.

Directed by Malcolm D. Lee, whose unfussy comedies include the Best Man movies and the blaxploitation send-up Undercover Brother, Girls Trip thrives at its most debauched, which is usually when Dina convinces her friends to set aside their better judgment. But the script has some dramatic business to get done, too, most of it revolving around Ryan Pierce (Regina Hall), a successful author and TV personality who's on the verge of become an Oprah-like phenomenon. With a keynote spot booked at the Essence Festival in New Orleans, Ryan and her husband Stuart (Luke Cage's Mike Colter) are ready to unveil a lucrative on-air partnership, but his serial cheating threatens their camera-ready image as the perfect couple.

Another serious threat is the weekend itself, which not only has the potential to rage out of control, but a kind of mandate. The two other members of the Flossy Posse, Sasha (Queen Latifah) and Lisa (Jada Pinkett Smith), arrive with baggage of their own: Sasha is clinging to a job as a gossip journalist that pays little and makes her miserable, while the recently divorced Lisa obsesses so much over her two children that she never goes out. (As her friends prepare to step out in designer gowns, Lisa slips on a sundress embroidered by indigenous Guatemalans. The rest of her wardrobe is scarcely more fashion-forward.) Despite Ryan's worries about making a scene, the group quickly falls into old habits and the booze-soaked misadventures commence.

The rowdier the party, however, the rougher the hangover, and the film goes hard at both ends. At night, the Flossy Posse drops like a bomb on Bourbon Street, adding absinthe highs, dance-offs, and public urination to its legacy of debauchery. The uncorked comic energy of those scenes are countered, in the cold light of day, by a dramatic reckoning that occasionally stifles the film's momentum. Ryan's marital troubles are the big issue, but there are other subplots, too, like Sasha angling for a career-saving scoop or some painful revelations about why these friends haven't gotten together in such a long time.

And yet, whenever Girls Trip seems permanently lost to sentiment, there's Haddish's Dina, the true North of getting totally hammered, to lead her friends to the promised land. She does so by offering the intoxicating vision of a life lived without inhibitions or regrets, of true freedom. It's little wonder that everyone follows her lead.