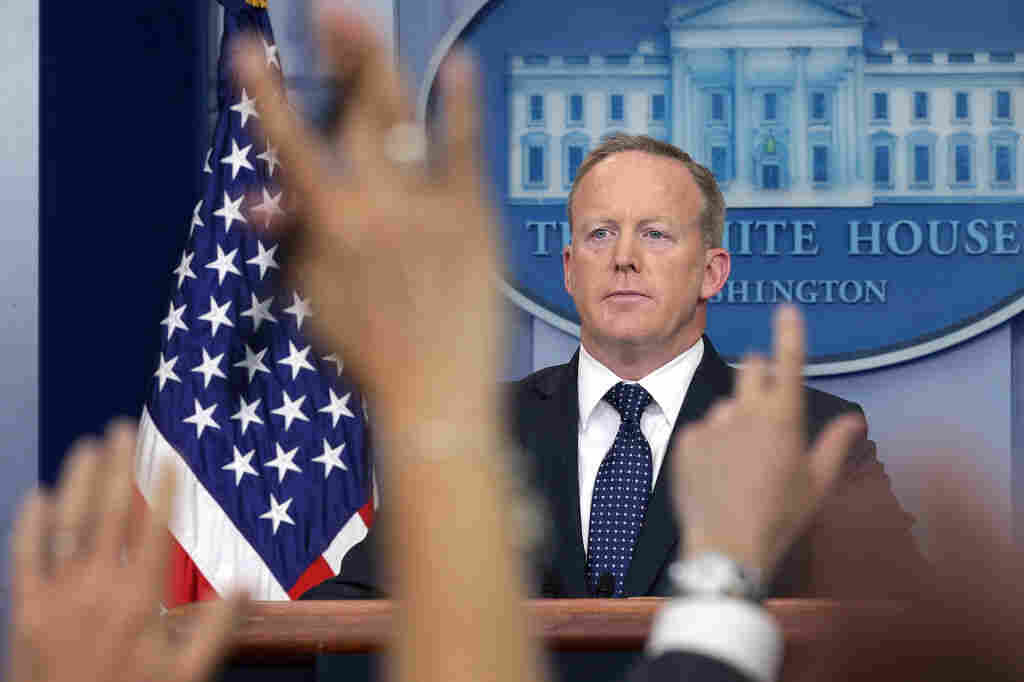 White House press secretary Sean Spicer briefs the media in June. He announced Friday that he was stepping down from his job in the Trump administration and would continue his service through August. Win McNamee/Getty Images hide caption 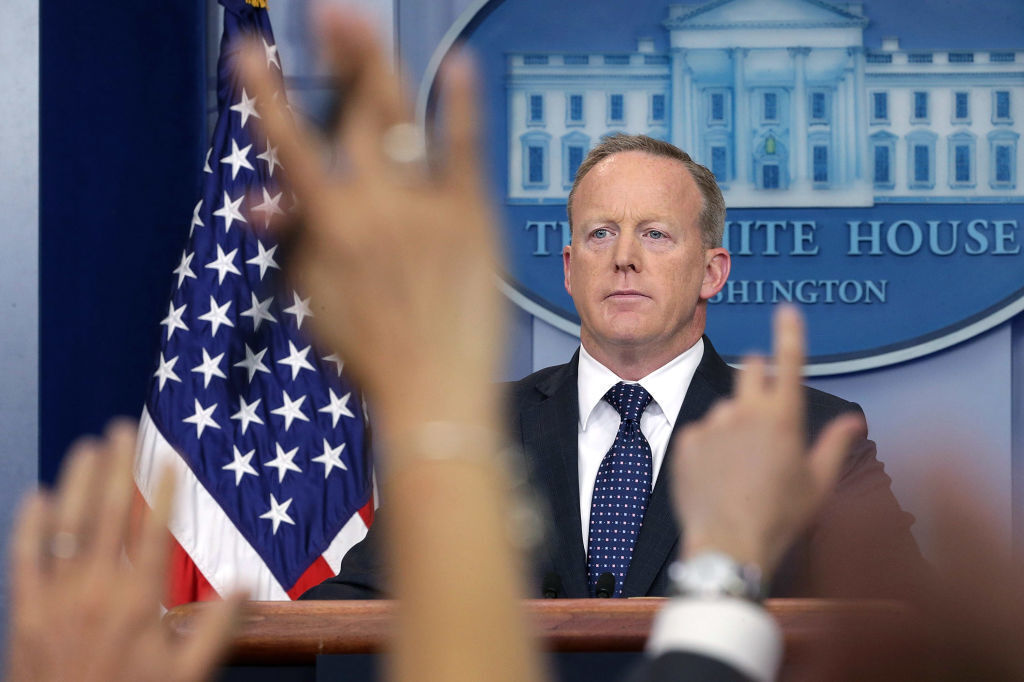 White House press secretary Sean Spicer briefs the media in June. He announced Friday that he was stepping down from his job in the Trump administration and would continue his service through August.

"Anthony is a person I have great respect for, and he will be an important addition to this Administration," Trump said. "He has been a great supporter and will now help implement key aspects of our agenda while leading the communications team." The White House also said that "Scaramucci will oversee the entire communications operation, including message development and strategy," and that he will report directly to Trump when he begins his new position on August 15.

And Trump said that, while deputy press secretary, Sanders has "done an outstanding job" and that, as press secretary, "she will continue to promote the progress we are making toward the things the people truly care about, like growing our economy, bringing jobs back from overseas, slashing government bureaucracy, and keeping America secure."

The personnel changes come six months after Trump took office and at a time when his agenda is stalled and a special counsel is widening the investigation into possible ties between Trump campaign officials and Russia.

He dismissed reports of tensions between himself and White House chief of staff Reince Priebus, saying he and Priebus were "a little bit like brothers, where we rough each other up once in awhile," but that they are committed "as true professionals to the team, and the process of getting the administration's message out."

He also disputed a reporter's question that he was brought into the White House to "right the ship." "The ship is going in the right direction," Scaramucci said. "I think we've got to just radio signal the direction very, very clearly."

Scaramucci, 53, has a law degree from Harvard Law School and worked at Goldman Sachs before forming his own investment firm, SkyBridge Capital. He hosted Wall Street Week and appeared on Fox Business Network, where in 2015, he criticized then-candidate Trump as a "political hack." He said Friday that the president reminds him of that remark every "15 seconds" and that he has apologized to the president.

Spicer formally tweeted word of his resignation after it had been reported by multiple media outlets, saying he intends to stay on at the White House "through August."

It's been an honor & a privilege to serve @POTUS @realDonaldTrump & this amazing country. I will continue my service through August

Sanders read a statement from Trump during Friday's briefing, saying that he was grateful for Spicer's work and that he wished "him continued success, as he moves on to pursue other opportunities," adding "just look at his great television ratings." And in a tweet hours later Friday night, Trump had more praise for Spicer.

Sean Spicer is a wonderful person who took tremendous abuse from the Fake News Media - but his future is bright!

Prior to joining the Trump administration, Spicer had been communications director for the Republican National Committee after stints as spokesman for House Republicans and for George W. Bush's trade representative. 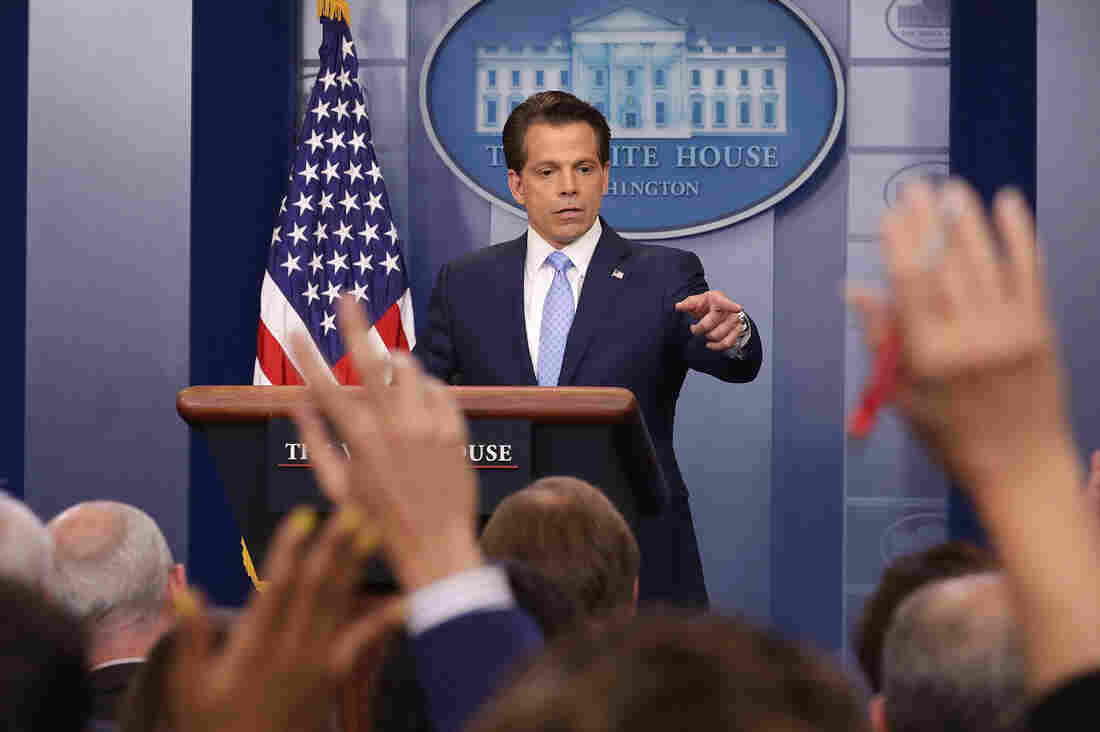 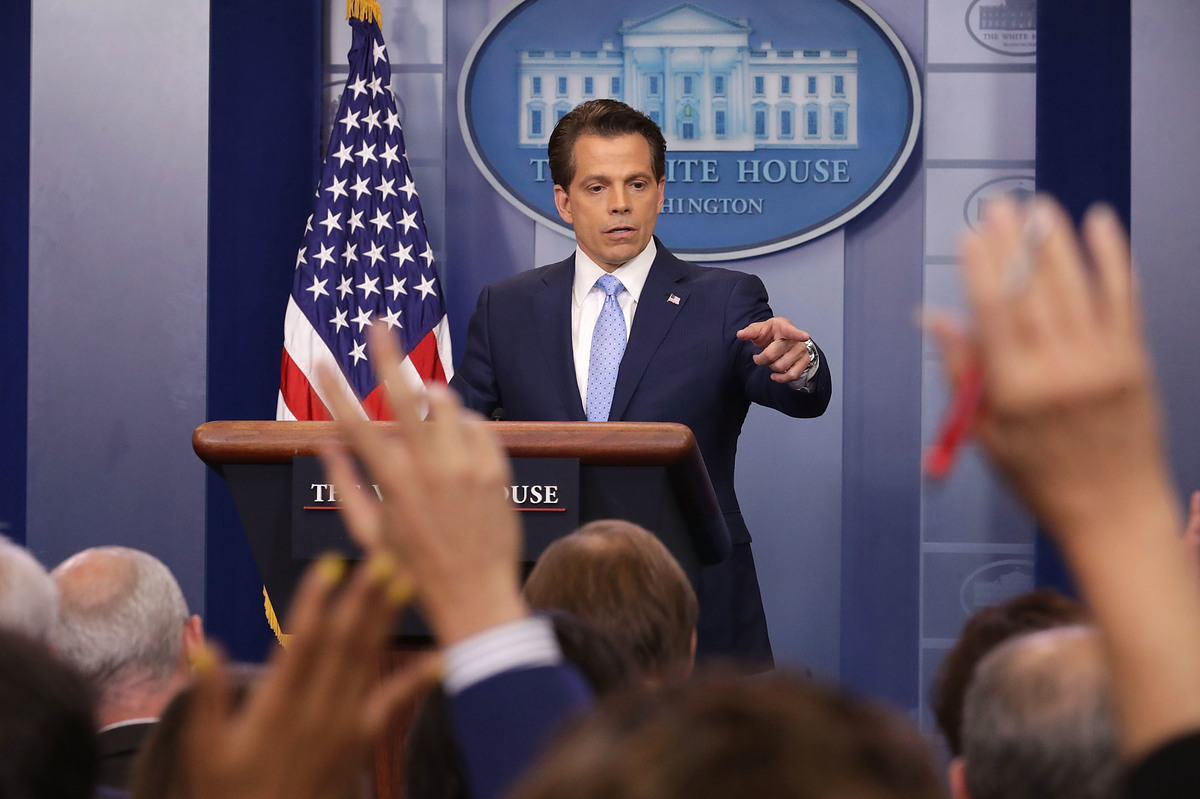 As Trump's spokesman, Spicer had an embattled tenure at the White House. His briefings with reporters were contentious from the president's first days in office, when Spicer falsely said the size of the crowds at Trump's inauguration were larger than President Barack Obama's.

He was mocked on NBC's Saturday Night Live in a caricature played by Melissa McCarthy. As Spicer, she confessed the press secretary and the press corps had gotten off to a rocky start: "When I say rocky start, I mean in the sense of Rocky, the movie. Because I came out to punch you in the face. And also, I don't talk so good."

Spicer faced a difficult task at the White House, called on to defend and explain Trump's tweetstorms, while under the constant gaze of his boss, who at one point was said to have been unhappy with Spicer's wardrobe.

A devout Catholic, Spicer was kept out of Trump's audience with Pope Francis during a recent overseas trip.

In recent days, many of the White House briefings have been conducted by Sanders and off-camera. In a tweet Friday night, Spicer had kudos for Sanders.

And Sanders returned the praise in a statement released by the White House Friday evening. "I have great appreciation and respect for Sean Spicer, who has been more than a colleague, but a true friend and mentor," she said.