Accessibility links
A Veteran TV News Anchor Pens A Prescient Novel In 'Amanda Wakes Up' Alisyn Camerota's book is about a political newcomer fresh from Hollywood facing off against a female senator. But 2016 similarities aside, the CNN anchor says she wrote it long before the election. 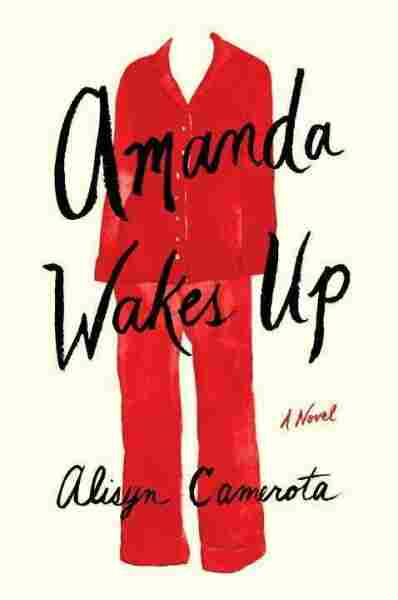 There are some themes in Alisyn Camerota's new novel that may sound familiar: A young upstart reporter is trying to make it at a national news network run by a ratings-obsessed media mogul. And then there's a female senator, firmly rooted in the establishment, going up against a political newcomer, fresh from Hollywood. Camerota started writing this book many years ago, but the events of 2016 make Amanda Wakes Up feel particularly prescient.

Camerota is a veteran news anchor and host of CNN's morning show New Day. Though she jokes that her agent and editor occasionally thought she was psychic, she promises she doesn't have a crystal ball.

"There are some perennial favorite themes in politics and in presidential races," she says. "I hit on them because you can predict with some certainty what will come back around."

On her main character, Amanda Gallo

Amanda Gallo is a young, idealistic journalist trying to make her way up the ladder. She starts, as so many of us do, in TV news at a small station that of course doesn't have enough money or any of the fun toys. And she's desperate to get to a network and then she does and lands her dream job of being a morning anchor. Much of the book is about what are you willing to sacrifice for success.

Victor Fluke is a larger-than-life character. He was a television star, he was in a hit series, and by the time Amanda encounters him, he's a little washed up. He was also known for being in a series of aftershave commercials that were really popular — but he's looking for a comeback. 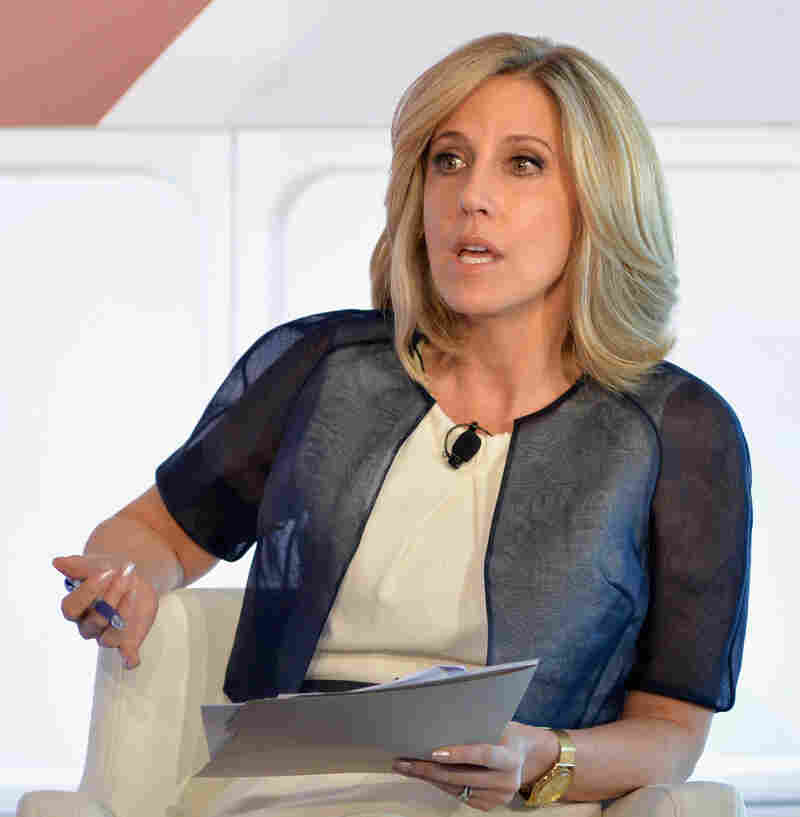 Alisyn Camerota is the co-anchor of CNN's New Day, and previously a correspondent and anchor at Fox News. Slaven Vlasic/Getty Images hide caption 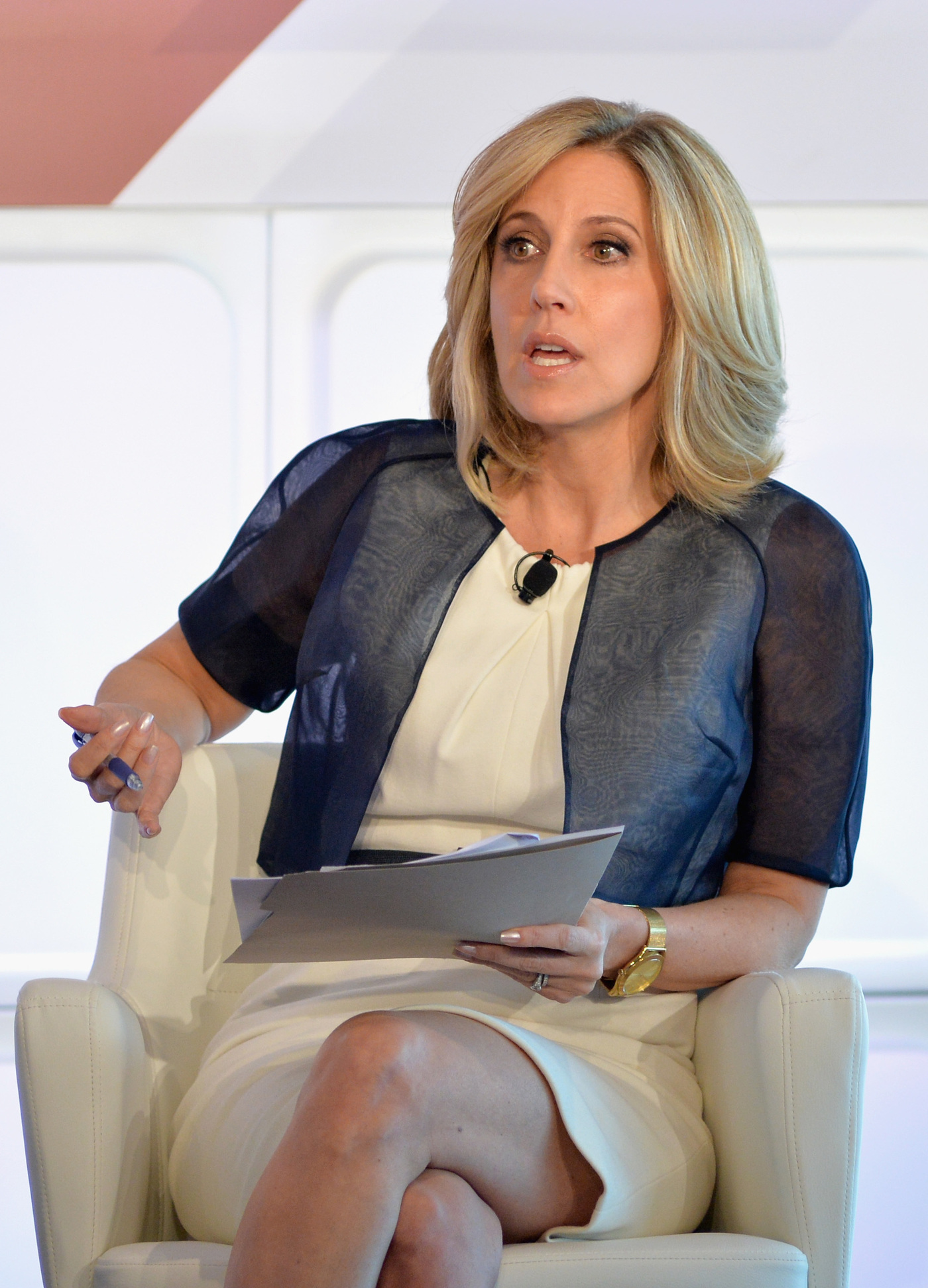 Alisyn Camerota is the co-anchor of CNN's New Day, and previously a correspondent and anchor at Fox News.

The seeds were planted in 2012 when I was a morning show host on Fox and that [presidential] race — it's hard to remember now because 2016 eclipses everything — but 2012 was also pretty crazy and there was a cast of colorful characters. There was Newt Gingrich, there was Rick Perry, there was Michele Bachmann, there was Mitt Romney, and there was Herman Cain — a lot of these scenes were first crafted with Herman Cain in mind. Because he was an outsider, my boss at the time Roger Ailes [the former, late head of Fox News] ... was pretty enamored of Herman Cain's life story. That he was this pizza magnate and that he had this 9-9-9 [tax overhaul] plan and he was a very compelling character.

On the Fluke character not being based on Donald Trump

I can't say that Donald Trump doesn't invade the psyche a little bit. I was around Donald Trump quite a bit during those years and I did interview him quite a bit so he also permeated some of my thought process but that wasn't who I was channeling.

When I was hosting Fox & Friends on the weekends and then often filling in on the weekday, Donald Trump started coming on once a week. And those segments always rated, as we say. They got high ratings. They popped. And so that told the producers and all of us that there was something about him. And then they kept booking. It becomes this whole sort of cycle. ...

This is what happens in a ratings-driven news cycle. That is an interesting phenomenon in TV news. Because are you just ratings hungry? Are you booking somebody because they give you good ratings? Sometimes, but also that is your finger on the pulse of what viewers are interested in.

So, I saw that happen in real life [at Fox]. At CNN I didn't see that happen as much because by the time we were well into the primary Donald Trump had stopped coming on my show. ... My co-host and I ... had been aggressive with him in interviews. Not purposely, we just had asked tough questions. And he had decided that he would stop coming on our show somewhere in the middle of the primary.

On her time at Fox News

Then over the course of a couple of years, I noticed it sort of morphing into having more of an angle. Certainly around the Bill Clinton impeachment stuff, and then certainly 9/11, it just started ... moving. Maybe that was always Roger Ailes' intention, but there were a couple of years where I was a straight news reporter and I didn't have any sense of that. ...

The atmosphere at Fox was, for the most part, positive. But obviously there were overtones. It's hard for me to put my finger on it.

I wish I had, I wish I had. That's the lesson now, in the aftermath of all this. So many of the women and I have spoken now, since then, and said, my God, why didn't we reach out to each other? I know why we didn't: It's that everything happened alone, in a room. And I think that one of the things that Roger did was sort of silo everybody. And at the time, I didn't reach out to anyone for help because ... I was embarrassed. It's humiliating to have to tell these stories. It feels ... vulnerable and revealing. And also, Roger was the king. There was no court of higher authority. There was no one else to go to. I just knew that telling an underling would be futile.

On whether things are different now for young women

I tell them that it's thrilling. And if they have the bug, and if this is in their blood and in their veins, that by all means they should do it. If you get a visceral rush, as I do, from the news — from telling people the news, from telling people stories, from breaking news — then it's just the best business you could ever be in.

It's exciting; I've traveled to all sorts of countries, I've been on the front lines of things, I've watched history in the making. It's an important business and I'm glad when people are enthusiastic about it.

Samantha Balaban and Barrie Hardymon produced and edited the audio of this interview. Beth Novey adapted it for the Web.