Accessibility links
Death At The Southern Border An Increasing Risk For Migrants The deaths of 10 migrants in San Antonio were the latest casualties of a border fraught with tragedy. 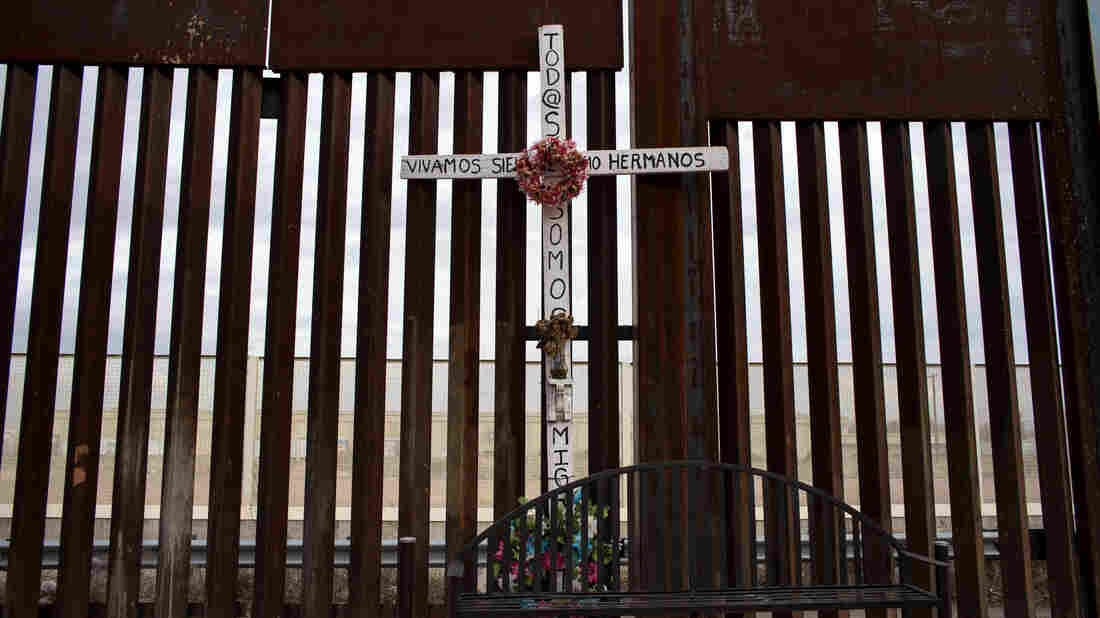 A cross in honor of dead migrants next to the border fence on the U.S./Mexico border in Agua Prieta, northwestern Mexico. Guillermo Arias/AFP/Getty Images hide caption 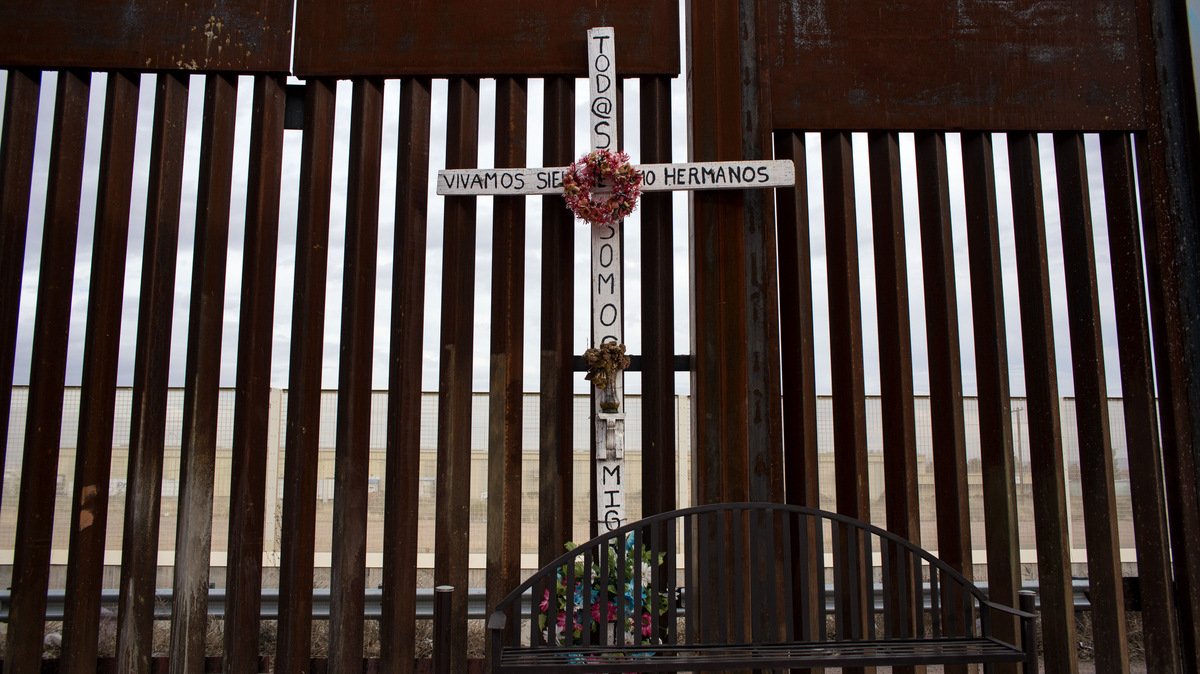 A cross in honor of dead migrants next to the border fence on the U.S./Mexico border in Agua Prieta, northwestern Mexico.

The deaths of 10 people who were discovered in a tractor-trailer parked at a Wal-Mart in San Antonio have focused new attention on the dangers of crossing the southern border.

"Putting aside what you think politically on immigration, it was a human tragedy," Democratic Rep. Joaquin Castro of Texas told NPR's Morning Edition. "This is another example of desperate people who were seeking a better life trying to come here."

Those who study the border say death is a constant peril for migrants — and the risk may be increasing.

More than 210 people have died since October 2016 attempting to cross the southern border with Mexico, according to U.S. Customs and Border Protection.

"This is a life-and-death decision that these people make," said Thomas Homan, acting director of U.S. Immigration and Customs Enforcement, in an interview with Fox News on Monday.

The number of deaths at the border has fluctuated over the years. (Statistics for FY 2017 are through July 24.) Customs and Border Protection hide caption

Those totals could have been even higher, Homan said, if not for the U.S. Border Patrol, which has discovered thousands of border-crossers in peril this year.

"The Border Patrol has already had over 2,500 'saves' — people that were in dire straits, and could have died from their trip into the United States," Homan told Fox. "Illegal immigration is not a victimless crime."

From its first weeks, the Trump administration has talked about cracking down on human smuggling. Homeland Security Secretary John Kelly has touted the administration's plan to prosecute parents and others relatives who pay to smuggle children across the border.

Critics fear those policies will only make migrants more vulnerable to smugglers and other human rights violations. A report by global risk analysts Verisk Maplecroft, based in London, says the Trump administration's policies could force criminal networks to use more dangerous smuggling routes, and put migrant workers at greater risk of slavery.

The rate of people who die crossing the southern border is actually down slightly this year compared to 2016, when more than 320 people died. That's according to statistics provided by CBP, which only tracks cases involving migrants who were discovered by its agents (as opposed to those found by Immigration and Customs Enforcement or local police).

The slight decline may be in part because fewer people are trying to cross the border the first place.

"We're at a 40-year low for people trying to cross the border unauthorized," said Everard Meade, director of the Trans-Border Institute at the University of San Diego.

The number of fatalities at the border fluctuates widely regardless of which administration holds power in Washington. Nearly 500 migrants were found dead in 2005, compared to just 251 in 2015, according to CBP. And Meade predicts 2017's total will likely fall within the same range. But, he says, that indicates that attempting to cross the border carries more risk today.

"If you have the same number of people dying at the same time that many fewer people are trying to cross the border," Meade said, "that suggests to me that the border continues to get more and more dangerous." One reason for that apparent increase, Meade says, is that Mexican drug cartels have taken on a bigger share of the smuggling business.