Accessibility links
After Assault, Some Campuses Focus On Healing Over Punishment College and university administrators are increasingly open to the concept of "restorative justice," becoming less dismissive of the idea that it's too soft on sexual assault. 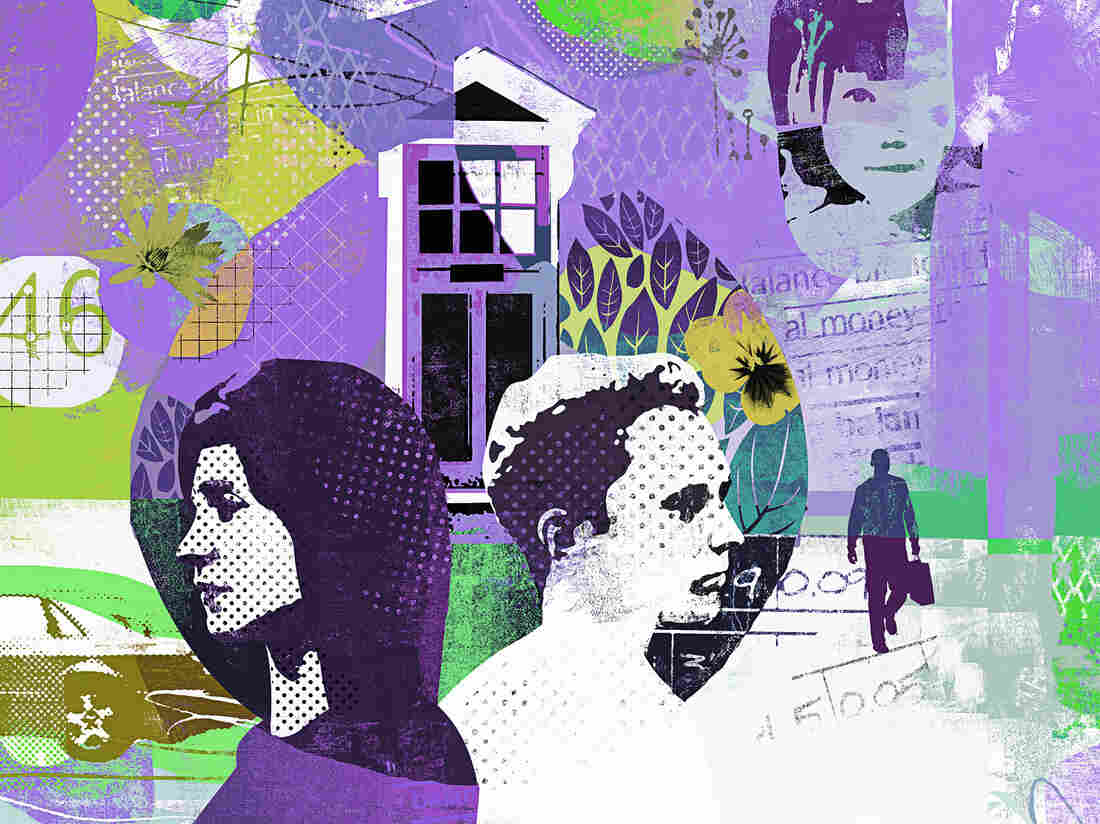 "Restorative justice" is gaining popularity as a way to handle campus sexual assault cases. The approach is a therapeutic intervention aimed at healing, rather than a trial to decide guilt and punishment. Stuart Kinlough/Ikon Images/Getty Images hide caption 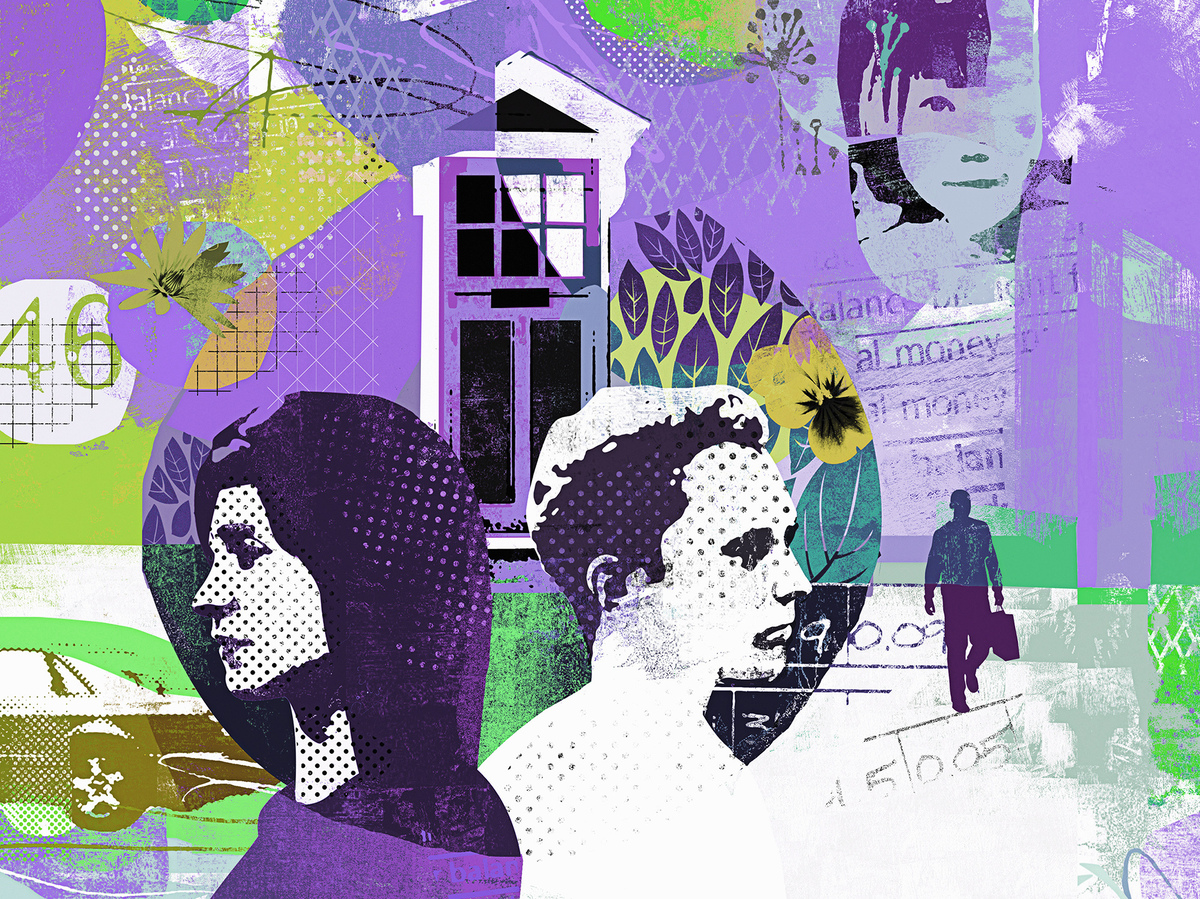 "Restorative justice" is gaining popularity as a way to handle campus sexual assault cases. The approach is a therapeutic intervention aimed at healing, rather than a trial to decide guilt and punishment.

On-campus disciplinary processes for assaults that are reported have drawn criticism from both survivors and those accused of assault. According to federal statistics, only about one in six survivors of sexual assault on college campuses report the incident to school authorities.

So some campuses are considering a new approach. The process, called "restorative justice," looks more like a therapeutic intervention aimed at healing than a trial focused on guilt and punishment. Campus administrators are increasingly open to it, despite concern from some activists that it's too soft on perpetrators of sexual assault.

A typical campus adjudication process, aimed at punishing the perpetrator, "wouldn't have really fixed anything," says one rape survivor. "It wouldn't have healed any hurt." She was assaulted her freshman year at a small school in the Northwest, and asked that her name not be used in this story.

The young woman says a disciplinary hearing would have retraumatized her, and created too much pain for too little gain.

"It's kind of that blind rage of like an eye-for-an-eye type thing," she says. "but that wouldn't have been fulfilling for me."

Since an internal trial-like process was all her school officially offered, the young woman started working informally with an adviser on a restorative justice approach to the case. Rather than judging or punishing the perpetrator, they would focus on identifying the harm done, and finding ways to repair it.

"What I really, really wanted was for him to step up to the plate and take responsibility, and to be active in teaching others about this experience," she says.

And, he did. The young woman's rapist offered her a heartfelt, unequivocal apology, and also agreed to her request to turn their experience into a kind of cautionary tale for others.

Together, they produced a video in which each of them describes the assault in raw and relatable terms. Then they took it on the road to show to groups ranging from his fraternity brothers to local high school kids.

When College Sexual Assault Panels Fall Short, And When They Help

Both dressed in black, looking directly at the camera, they say the night started out like so many others on campus: "I thought she was a super cool attractive girl who knew her way around the dance floor," he says.

They danced, talked, and started making out. Then he started to get more aggressive. "He pushed me against the wall and held me on his knee," she says.

She let him know things were going too far for her, and that she did not want to have sex. He says he read her hesitancy as "just nerves ... and her fear of being judged," so he tried to reassure her and pressed on.

That's when she says she felt trapped; he was much bigger and seemed to have all the power. By the end, she describes herself fighting back tears — and rage — as she says he forced her into acts she never consented to.

He ends the video with a simple acknowledgement: "I have raped. I hurt her in a way that I can never take back."

Reflecting on the process later, the young woman says, "writing the joint narrative was really hard because it was digging up memories." But sharing their story publicly was "really therapeutic," she adds, "because those deep, dark secrets that you hold, the more people you show them to, the more light you shed on them, the lighter they become."

She says it also helped her healing process to understand that the young man's intent was not so much malicious as it was misguided, and to see that he now fully understands what he did wrong, and is owning it.

"I've been surprised by how much interest there is across campuses in a restorative approach," says David Karp, a Skidmore University Sociology professor and founder of PRISM: Promoting Restorative Initiatives for Sexual Misconduct. He says the approach has worked well in other cases of student misconduct, and has great potential for sexual assault incidents.

Typically, Karp says, once both parties buy into the process, a facilitator helps them identify the harm done, and how they might repair it. That could include anything from the perpetrator undergoing counseling or taking a voluntary leave to engaging in community service, as in the case of the young man who made the video.

Most campuses are reluctant to even experiment with a restorative approach to these issues, for fear of violating federal guidelines. Strict rules bar mediation of sexual assault cases, and even thought restorative justice is not the same as mediation, schools see it as too close to risk.

Back when he first started promoting the idea, Karp quips, he half expected "tomatoes and hand grenades" would be thrown at him. But now, he says, college and university administrators are increasingly opening up to the concept, and are much less dismissive of the idea as "too soft on sexual assault."

Karp says many survivors are beginning to see restorative justice as a more effective way to get perpetrators to take responsibility for what they've done. The traditional adversarial process, he says, only makes accused students dig in their heels, and deny all wrongdoing.

"We're trying to turn that on its head, and create conditions in which it's possible for someone to really look in the mirror and say, 'this is what I did and I'm going to take responsibility for it,'" Karp says. "Surprisingly, many people are willing to do that. Under the right circumstances, many people are really quite remorseful."

The young man who made the video says once he started to realize what he'd done — after going through a mandatory school training on consent — the guilt was eating him up inside. He jumped at the chance to participate in the restorative justice process, because he saw it as a way to try to make amends: by helping the young woman heal, and, more broadly, by helping to educate others about consent.

After going through the process, he says, "I felt like I could breathe again. I could be human. I wasn't just like this monster that I was feeling like I was in my head."

As he sees it, that's better for everyone, and far more productive than more trials and more expulsions.

"If your school strategy is 'OK, I'm gonna kick this student out,' they've learned nothing," he says. "So now they're going to another school to continue the cycle of hurt."

The federal government, under former President Obama, solicited grant proposals for restorative approaches for campus sexual assault. The Trump administration calls the idea "promising," and plans to award some grants this fall.

But some advocates are urging caution.

Activist and survivor Emma Sulkowicz says the approach is not appropriate for everyone. Sometimes, she says, trial and punishment are called for, as in the case of a man on her campus who was accused of several assaults.

Sulkowicz also worries about who will facilitate the conversations. She says campus administrators seriously botched her trial process, asking ignorant and insensitive questions. She questions how they will manage the more nuanced restorative justice approach.

That concern is shared by Amy Foerster of the National Association of College and University Attorneys.

"It is an issue of training," Foerster says. "And you can do more harm than good if you have the wrong person doing it."

Foerster is also concerned that survivors might feel pressured into a restorative option rather than a disciplinary one. And, she says, accused students might be putting themselves in legal jeopardy, if what they say during the restorative process can be used against them later in court. So Foerster has advised Bucknell University, where she is general counsel, to hold off.

Still, the approach is gaining momentum. A task force for the American Bar Association recently endorsed the concept. And even longtime skeptics are beginning to warm up to it, including George Washington University Law School Professor John Banzhaf, who once dismissed restorative justice as "too kumbaya."

"Whatever we're doing now, it ain't working," Banzhaf now says. "Nobody likes the results. So let's try it. If this new-agey touchy-feely stuff doesn't work, fine. We can try something else. But by all means, let's at least try it."

In the meantime, the students involved in the sexual assault at their small school in the Northwest continue to share their story, hoping to show the power of restorative justice for both healing and redemption. They say if their painful journey can provide a roadmap for others going through the same thing — or even prevent an assault from happening – that would be healing in and of itself.

This story refers to Emma Sulkowicz as a survivor of sexual assault, as she considers herself to be. The accused in her case was found not responsible by a campus adjudication process.