Accessibility links
Lafayette Gilchrist Plays The 'Blues For Freddie Gray' The jazz pianist's latest album with his go-go backing band features a powerful song he wrote in tribute to the young Baltimore man who died in 2015 of injuries sustained in police custody. 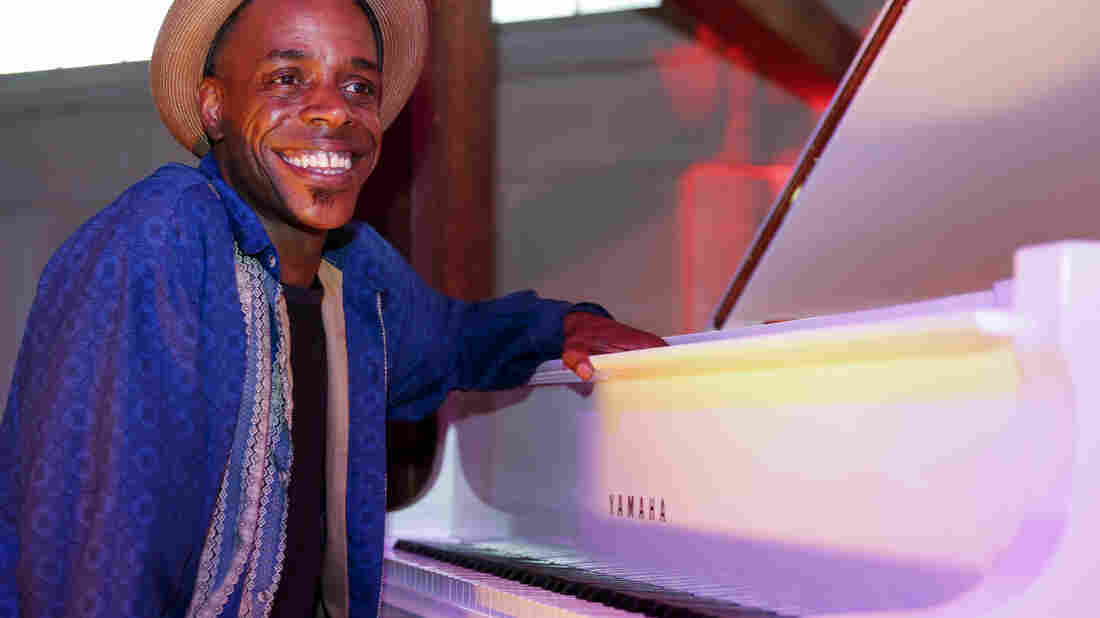 toggle caption
David I Muir/Courtesy of the artist 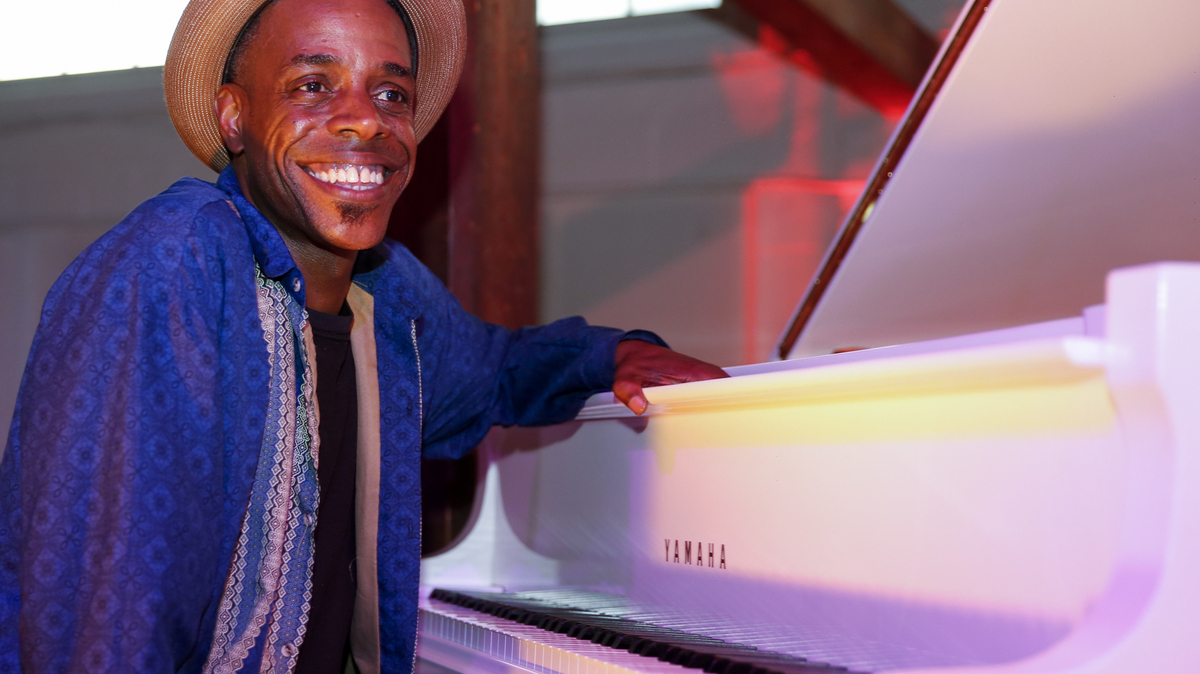 David I Muir/Courtesy of the artist

Baltimore's Lafayette Gilchrist is a jazz pianist, but when his band the New Volcanoes backs him up, listeners also get something different: a go-go beat.

Gilchrist describes go-go, a style native to Washington, D.C., and its environs, as "almost like a slowed-down James Brown, but you have a combination of African rhythms." Blended with his jazz piano playing, that's the sound of Gilchrist's latest album, New Urban World Blues, released this May.

The album's powerful leading track is "Blues For Freddie Gray," dedicated to the young West Baltimore man who died in 2015 of severe spinal injuries sustained while in the custody of the Baltimore City Police. Gilchrist is from the part of Baltimore where Gray was arrested, and remembers getting caught in traffic as police shut down part of the city to prevent riots.

"It was bad," he says. "It was as bad as I've ever seen. No words to describe, really, the feeling of that day."

The track, which features Baltimore soul singer Brooks Long, begins with a gentle piano theme — a "lamenting statement" that stays largely in the background behind the noise of sirens and car doors. It aims to evoke "the inside of a police station where they take you to book you," Gilchrist says.

The song's lyrics were inspired by how Gilchrist's friends and neighbors processed Gray's death, which shook the community, and how they described the horrific events. "Listening to a blind gentleman describe what he heard gave me certain lyrics," Gilchrist says. "For example, 'Did you hear him as he screamed in pain?' "

None of the police officers connected with Freddie Gray's death was convicted of any crime. Nevertheless, Gilchrist remains optimistic about a better future — though he asserts that that future won't be achieved passively. That's evident from the song's closing lyrics:

I want to know that there's a day that's coming soon and fast
I want a justice and a peace that's made to last and last
Don't ya tell me
That we can't all get it done
You see I got this little one on my shoulders.

"To know that means you have to engage in the kind of activism in which people are able to secure that as a reality," Gilchrist says. "Am I hopeful of that? Yes. Yes, very."