Accessibility links
Tera Melos' 'Don't Say I Know' Is A Sugar-Dusted Thrill Ride On its first song in four years, the aggressive, jazz-like punk of the trio's earlier self remains — it's just being utilized in a subtler manner. 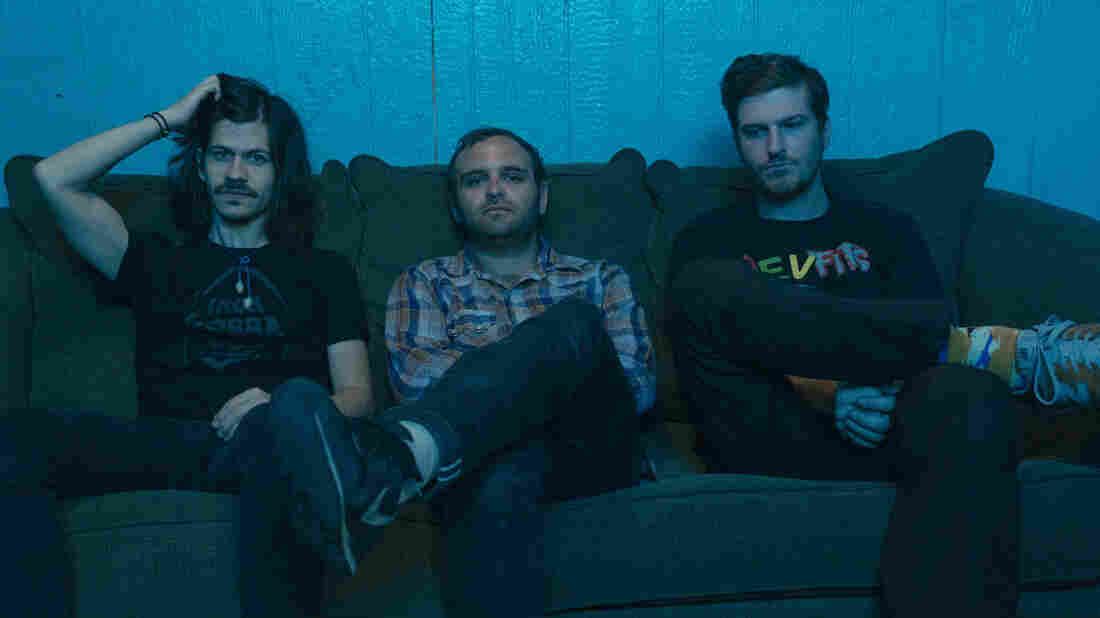 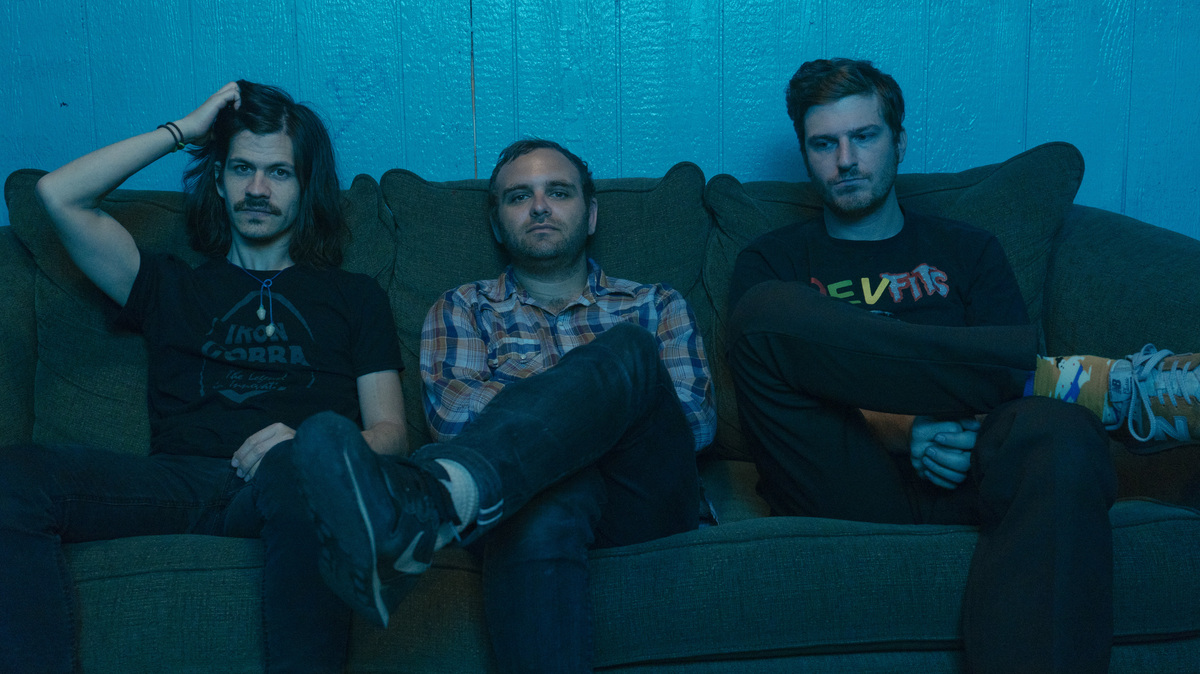 Ron Harrell/Courtesy of the artist

It's impossible to imagine a Tera Melos song that doesn't get a little absurd. The California trio has spent the majority of its years playing with song structures in a hybrid world of math rock and experimental electronics, like three boys whose eyes light up with every guitar pedal their eyes land on. As such, Tera Melos songs have their own type of elasticity. A pitched-up guitar flings you into one corner, a bass spasm launches you over a wall and then polyrhythmic drums twirl you in circles. It feels like a thrill ride at Disneyland when they decorate the park for Halloween, with each bump in the ride offering an extra dose of adrenaline.

In "Don't Say I Know," Tera Melos' first new song in over four years, the trio capitalizes on its exuberance. Guitarist-vocalist Nick Reinhart, bassist Nathan Latona and drummer John Clardy move in tandem, slamming down on each downbeat, while each upholds his own diverging part. On first listen, it sounds reserved, like a tightly-formatted rock song with a hint of pop. But after the first guitar solo — Reinhart's way of letting the band's absurdity off its leash — comes an anxious breakdown where Clardy's drum fills hint at a heavier reprisal.

A band heralded for its mid-song structural wrangling now finds itself staying within the walls, but "Don't Say I Know" manages to turn that into a refreshing step forward for Tera Melos. It's likely the result of the band's time off. In the four years since its last release, the trio's members toured extensively before tackling solo endeavors. Latona completed a college degree, Clardy became a faculty member at the School of Rock in Dallas-Fort Worth and Reinhart played guitar in everything from Death Grips' The Powers That B to the supergroup Big Walnuts Yonder beside Mike Watt, Nels Cline and Greg Saunier. The aggressive, jazz-like punk of their earlier selves remains; they're just utilizing it in a subtler manner.

"Don't Say I Know" is a fitting introduction to Trash Generator, the band's third full-length, given that it touches upon each of Tera Melos' musical trademarks. The tidy melodies of Zoo Weather appear in each chorus. The sugar-dusted guitar of X'ed Out appears throughout. Even the guttural rhythm section of Patagonian Rats can be heard, though Clardy keeps his elbows in tight. Since its formation in 2004, Tera Melos has been ricocheting off every sound, style and surface with infectious glee. Over a decade later, its members are pushing themselves to keep only the necessary tricks and frills in their music. All it took was finding new outlets to pour their excess energy into so that their own music could synthesize itself into bite-sized explosions.