Accessibility links
What's Next In The Health Care Debate? Senators have narrowed their options and are likely moving forward on a "skinny repeal" that takes away some key provisions in the Affordable Care Act, leaving the rest intact. 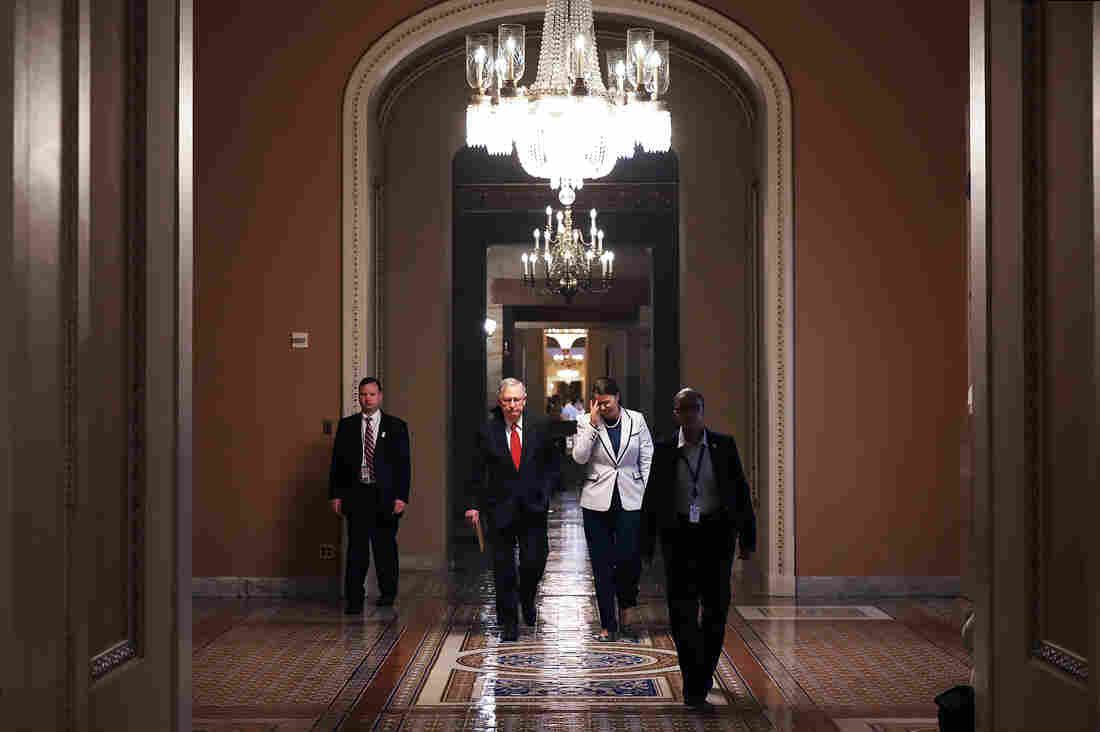 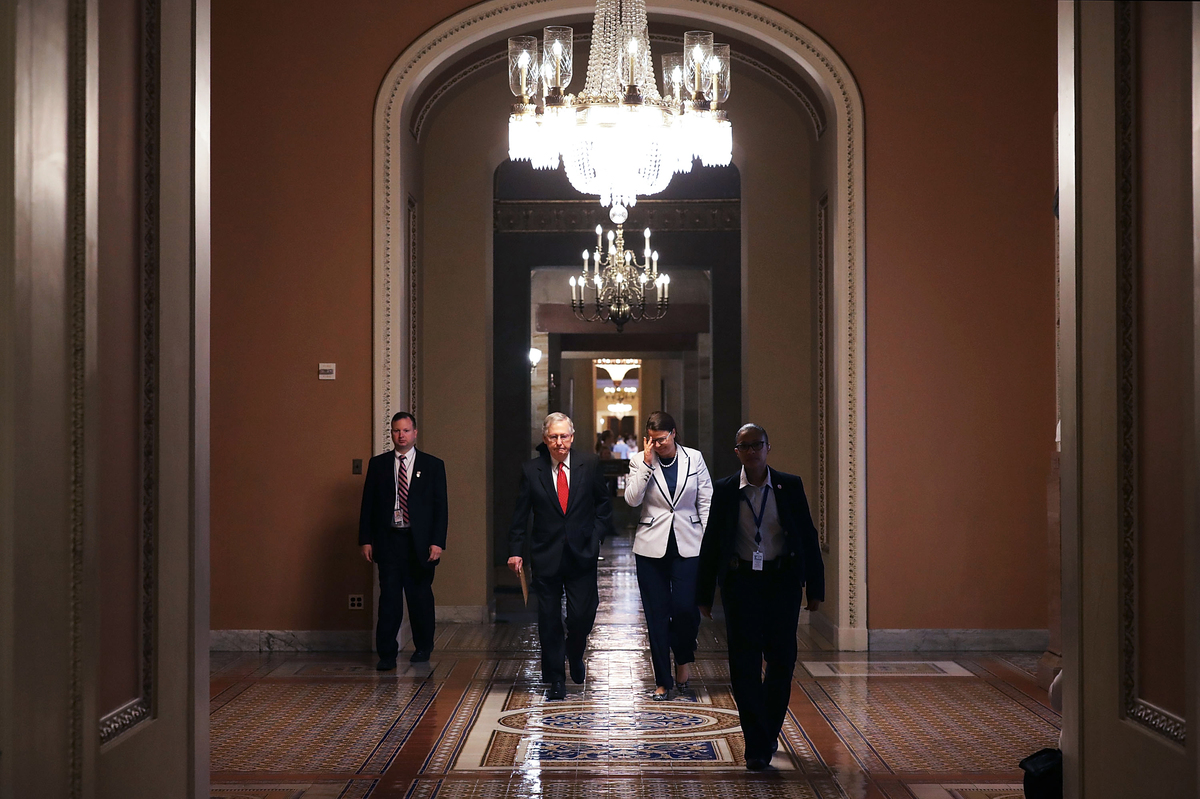 Senate Majority Leader Mitch McConnell and Republican lawmakers are hashing out potential health care plans, though a repeal-only and a repeal-and-replace option have failed in the last two days.

Senate Republicans have at least narrowed the options on what comes next for the Affordable Care Act — casting two separate votes since Tuesday that knocked out a "repeal-only" proposal and rejected a plan for replacement.

So, as lawmakers resume debate on Thursday, they will be staring at basically one possibility: a so-called "skinny repeal" that would surgically remove some key provisions from Obamacare, while leaving the rest intact — at least for now.

The skinny repeal would take out requirements for individuals and employers to get health insurance — a feature that is central to the Affordable Care Act's goal of expanding risk pools and lowering costs. The GOP plan would get rid of the medical device tax, intended as a revenue source to fund the current health law. The proposal would also eliminate a public health fund provision.

Senators have already rejected the Better Care Reconciliation Act replacement plan and a repeal-only proposal so far. The nonpartisan Congressional Budget Office has said the Better Care Reconciliation Act would have left 22 million more people uninsured by 2026, whereas simply repealing Obamacare without an immediate replacement would have resulted in 32 million more without health care insurance in the same time frame. The CBO estimated on Wednesday, at the request of Democrats, that a skinny repeal could result in 16 million more uninsured.

Earlier attempts to get that bill to the floor were stalled by a lack of support.

Collins and Murkowski, who voted Tuesday against even proceeding to debate, also came out against the repeal-only proposal on Wednesday. They were joined by Republicans Heller, Shelley Moore Capito of West Virginia, John McCain of Arizona, Rob Portman of Ohio and Lamar Alexander of Tennessee.

"I'm for repeal and replace, and we're going to continue to work on replacement," Portman said after Wednesday's vote.

The ultimate outcome of both votes had been a foregone conclusion, says NPR's Susan Davis. "This was really an exercise about forcing senators to lay their cards down on the table," she tells All Things Considered. "We didn't know where a lot of these senators were as a hard yes or no."

As the debate moves forward, the Senate's skinny repeal could be completely rewritten through the amendment process — and that is likely to play out over the next week, says Davis.

Republicans and Democrats alike will be able to offer unlimited amendments, as long as they're germane to health care. "We expect hundreds of them will be offered to the bill. They will be whittled down from there," Davis says. It's a process known in the Senate as "vote-a-rama."

Once that happens, Senate Majority Leader Mitch McConnell will need to take stock again to see which GOP senators he needs to get in line in order to pass a fully amended skinny repeal.

"The working strategy for Republicans is to get a lowest-common denominator — something they can all agree on in order to get enough support to move it to a conference committee," where differences would have to be settled with the House, Davis says. Throughout the health care debate, Republican leadership has faced disagreement from both moderate and conservative members about how to proceed.

Democrats, meanwhile, are universally opposed to both measures and therefore sidelined in the debate. But one amendment proposed by Sen. Steve Daines, R-Mont., calls for a single-payer system — a move designed to get Democrats on the record. Some — such as Vermont independent Sen. Bernie Sanders, who typically caucuses with Democrats — would be happy to support the measure, whereas others facing tough re-election battles in 2018 might be less enthusiastic.

.@SenateMajLdr just called up my amendment to put Senators on the record on whether or not they support a single-payer healthcare system.