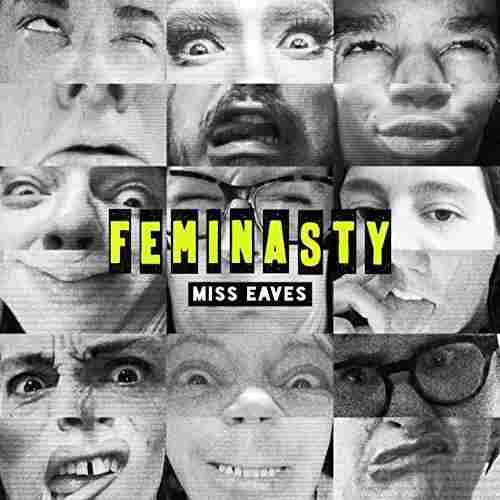 Women, especially those who operate in the public sphere, are often painfully aware of the accommodations they must make as they move through the world. If it matters to them that the intellectual underpinnings of their work be recognized, and that their ideas and perspectives be given as serious consideration as those of their male counterparts, they might avoid any association with crudeness, lest the double standards of gender politics brand them as "fallen," "trashy" women who don't deserve the attention. Even in an era when comedic minds like Issa Rae, Ilana Glazer, Abbi Jacobson and Amy Schumer weave smarts and self-aware smuttiness into celebrated series, these perceptions still retain power.

Brooklyn-based rapper Miss Eaves confronts those perceptions head-on with her first full-length album, Feminasty, a riff on both the contemptuous distortion "feminazi," used to disparage women who are unapologetic about their feminist commitments, and a creep-rebuffing, vintage Janet Jackson lyric: "No, my first name ain't baby / It's Janet... Ms. Jackson if you're nasty." Eaves, the brisk, bitingly witty alter-ego of graphic designer and multimedia artist Shanthony Exum, is even less coy about spurning the male gaze. She mocks men who go around telling women that they'd be more attractive if they'd smile in the kinetic banger "Ms Emoji," boisterously batters the egos of entitled deadbeats in the lumbering track "Fuccboi Salute" and shrugs off the savagery of internet trolls over the grisly synths, skittery beats and subterranean bass of "Hi H8ter."

Most of all, Eaves rejects the role of pop, R&B and hip-hop seductress, reserving her sensual attention for herself. "Boyfriend Material" is a silly-sharp jam about designing a lover mad scientist-style, featuring cartoonish posturing by MC Frontalot. "Now I am only swiping left," Eaves vows late in the track, her half-time delivery exaggerating her vocal fry, "'Cause mama deserves the best. Put these lames up on a shelf. Oh, here's my man!"

The writing is enriched by Eaves' grasp of symbolism. Alongside music, she's designed everything from her own album packaging to company logos, built a blog of her body-positive street photography and created the concepts for her videos. Her infectious electro bass number "Thunder Thighs," produced by beatmaker KEISHH, reclaims a previously demeaning term for thick, sturdy legs. The accompanying clip generated a fair amount of blog buzz at the start of the summer, with its all-female cast celebrating a broad array of body types, ages and ethnicities.

Humor plays an equally essential role in Eaves' music. As a rapper, she doesn't rely on an agile, rhythmic flow so much as deft manipulation of tone. She can sound streetwise, or summon eye-rolling sarcasm, or simulate private arousal, or adopt a pinched vocal attack that toys with notions of feminine vacuousness. In each and every gesture of playful provocation, she signals to us that she knows what she's doing.