Accessibility links
'Atomic Blonde' Is A Blast "It may be style over substance," says critic Scott Tobias of this spy thriller starring a butt-kicking Charlize Theron, "but wow what style!" 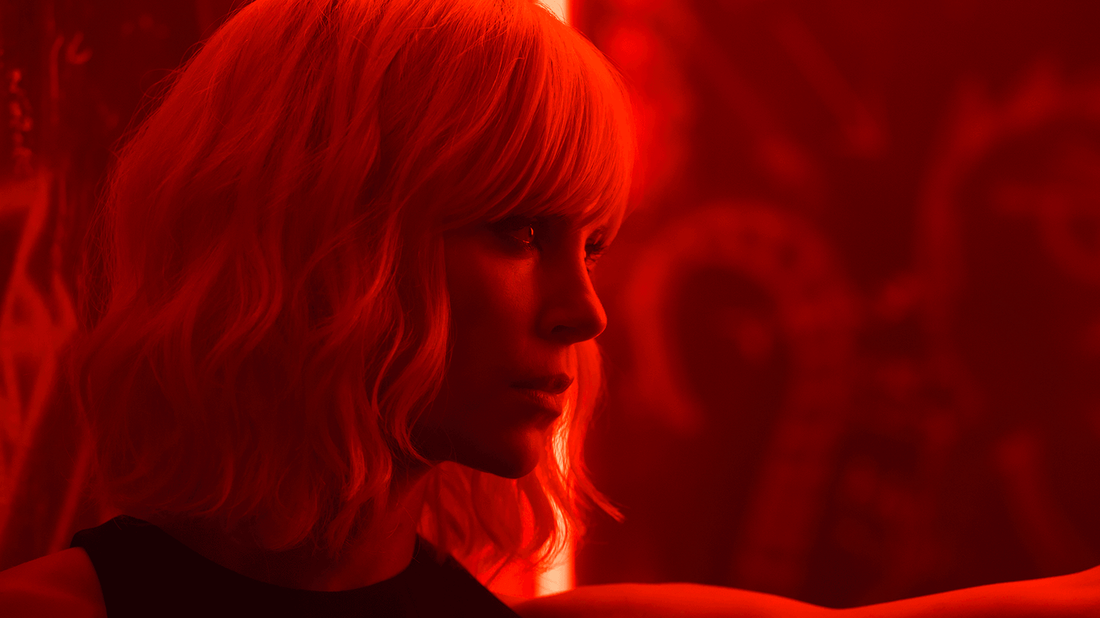 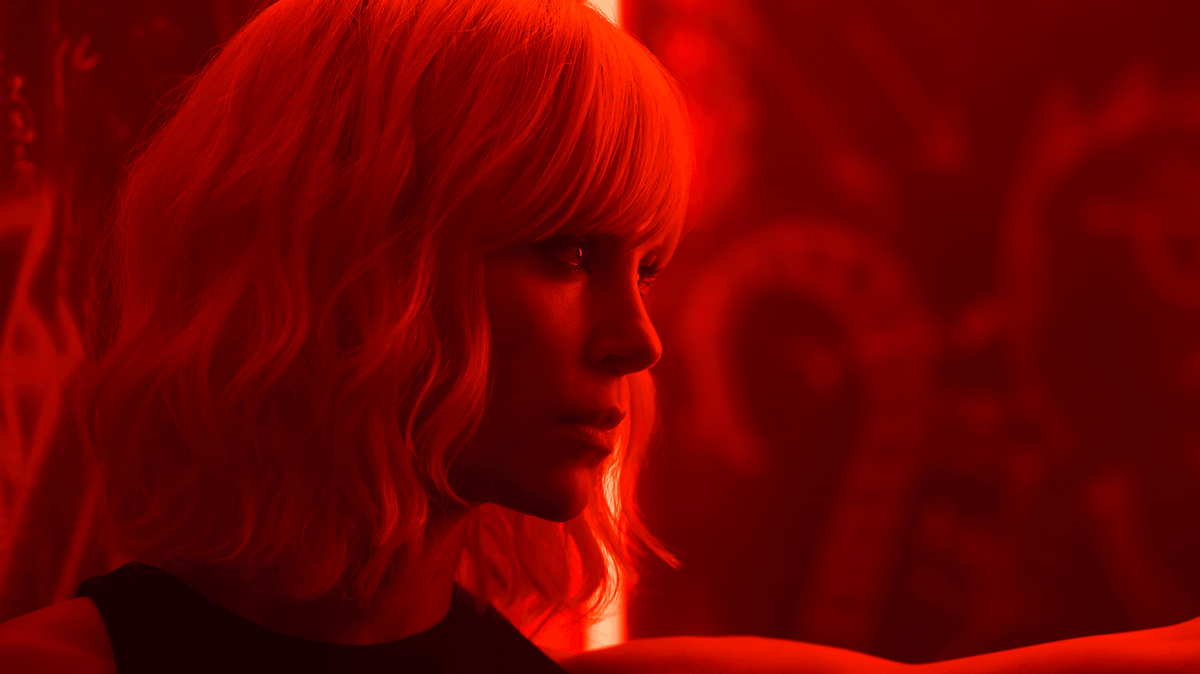 Set in the days leading up to the fall of the Berlin Wall, Atomic Blonde takes place in an underworld where the Cold War is over but the conflict continues, like the throbbing of a vestigial limb. In that respect—and perhaps that respect only—it belongs to the tradition of post-war thrillers like Carol Reed's The Third Man or Andrzej Wajda's Ashes and Diamonds, where danger and intrigue exist where they shouldn't and the players involved are enmeshed in self-doubt and crippling mission drift. For the spies of Atomic Blonde, the purpose of chasing a MacGuffin called "The List" has been vastly diminished by world events, but they keep on fighting regardless. That's who they are.

The degree to which Atomic Blonde takes any of this business seriously is an open question, given how little time is spent on political and existential chin-stroking and how much is devoted to fetishizing the era-specific fashion, interior design, and New Wave music. Yet it does explain why the film's hollowness is a feature rather than a flaw, reflecting the mindset of kick-ass pulp heroine who submerges herself in an ice bath every night, as much to numb her conscience as to salve her wounds. She doesn't know who to trust. She doesn't know what she's fighting for anymore. But nevertheless, she persists.

Based on Antony Johnson and Sam Hart's graphic novel The Coldest City, Atomic Blonde opens with Lorraine Broughton (Charlize Theron), a MI6 spy, debriefing her superiors about a sensitive mission gone awry. From there, it backtracks to Lorraine getting sent to Berlin, where a British spy has just been killed over a list that includes the names of every espionage agent working in the city, regardless of allegiance. With the identities and lives of her colleagues on the line, Lorraine partners up with Berlin station chief David Percival (James McAvoy), but his erratic behavior immediately draws her suspicion. As Lorraine and David track down "The List" and protect the source (Eddie Marsan) who gave it to them, they face threats from Russian adversaries, black marketers, and a double-agent referred to as "Sachel."

Director David Leitch spent nearly two decades as a stuntman and stunt coordinator before he and his partner, Chad Stahelski, put their choreographic skills to use on the terrific Keanu Reeves action thriller John Wick. (Only Stahelski is credited, but the two co-directed.) John Wick and its sequel made a kind of macabre ballet out of Reeves' retired assassin shooting dozens of henchmen in the head for two hours. American films had been trying to mimic Hong Kong action cinema since John Woo and Chow Yun-Fat revolutionized the action genre with The Killer and Hard-Boiled, but Leitch and Stahelski were the first to fully capture the savage beauty of its aestheticized violence. It may be style over substance—but wow what style!

Despite the Cold War trappings, Atomic Blonde continues along the same lines, with the spy-versus-spy intrigue serving mainly as a delivery system for magnificent butt-kickings. Leitch clears his throat with a sequence where Lorraine fends off two assailants inside a moving car, using the business end of a red high-heeled shoe as her weapon of choice. From there, he offers a striking range of different looks, including a bravura single-shot scene of close combat near an stairwell, an apartment melee where Lorraine relies on available materials (chiefly a garden hose), and a behind-the-screen silhouette fight at an East German theater showing Andrei Tarkovsky's Stalker.

Though Lorraine's fight for survival in this changing and confusing time isn't as clear and effective a motivation as Reeves avenging his dog's death in John Wick, the premise does give Leitch the opportunity to explore the graphic possibilities of the setting and uncork a soundtrack that includes moody delectables like David Bowie's "Cat People (Putting Out Fire)," 'Til Tuesday's "Voices Carry" and Depeche Mode's "Behind the Wheel." Atomic Blonde is foremost an entry in the cinema of cool, with each fussed-over frame drenched in the noir trappings of chiaroscuro lighting and cigarette smoke or luxuriating in late-'80s German iconography or the contours of beautiful bodies.

Atomic Blonde may be high in empty calories, but craftsmanship of this level is rare and exhilarating, and worth surviving some muddled plotting to appreciate. Theron has a background as a dancer — she trained in ballet until a knee injury altered her career — and the choreography not only serves the deadly elegance of her form, but makes the camera her invisible partner. Their pas de deux is a knockout.