Accessibility links
Love, Lust And Languor In 'From The Land Of The Moon' Marion Cotillard stars as a woman infatuated with infatuation in this "shadowy and sensuous" tale that undercuts its power with an unearned third-act revelation.

Love, Lust And Languor In 'From The Land Of The Moon'

Love, Lust And Languor In 'From The Land Of The Moon' 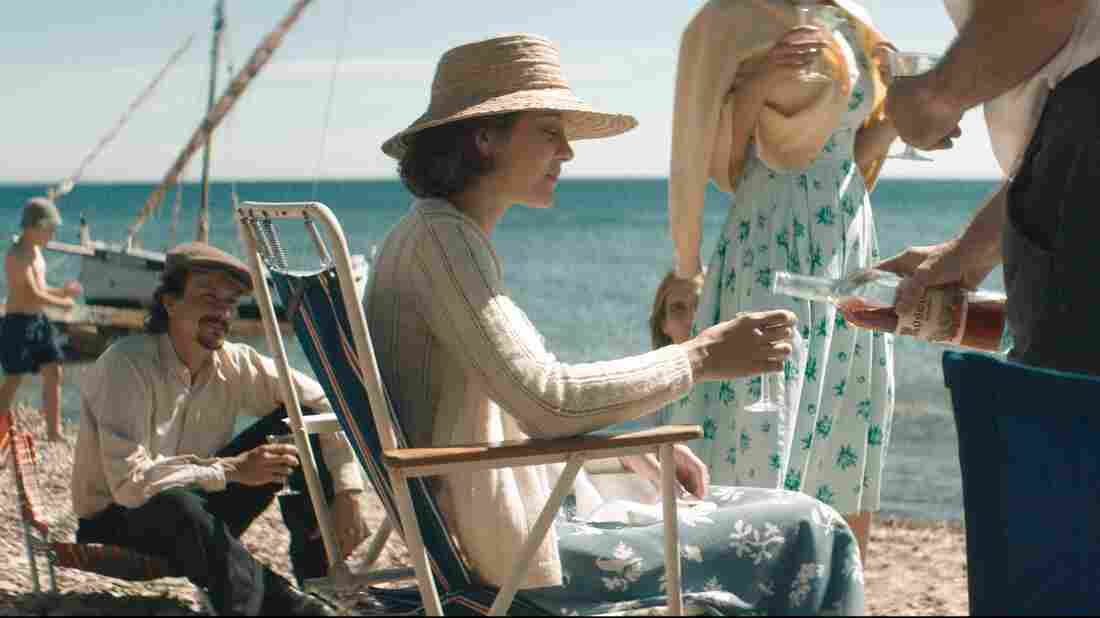 Rose-Drunk Love: Marion Cotillard as Gabrielle in Nicole Garcia's From The Land of The Moon. Sundance Selects hide caption 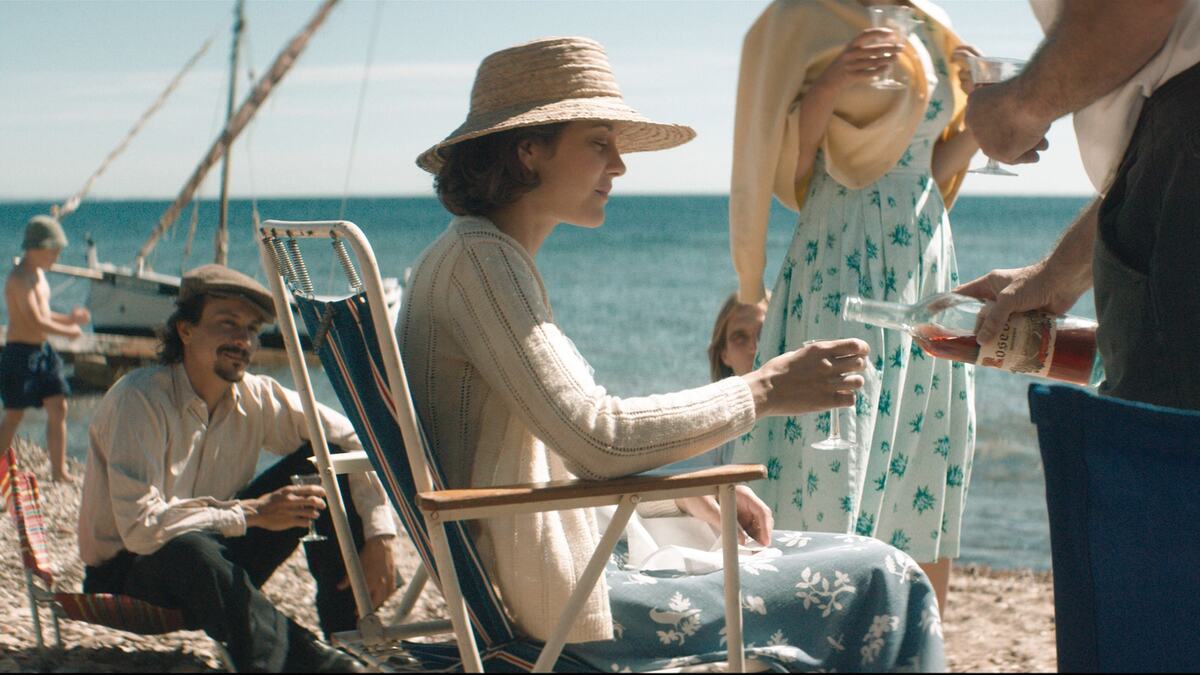 Rose-Drunk Love: Marion Cotillard as Gabrielle in Nicole Garcia's From The Land of The Moon.

"Why choose to be unhappy?"

Gabrielle (Marion Cotillard), the protagonist of From the Land of the Moon, addresses that question to the man who's agreed to marry her. But it might just as well be directed to Gabrielle herself, or to veteran French writer-director Nicole Garcia, because both sink into sorrow as if it were a feather bed.

Told mostly in flashback, the movie's story begins in the late 1940s, when Gabrielle is a teenager — a stretch even for the reliably brilliant but 41-year-old Cotillard. She plays the character over a span of 20 years without any physical transformation other than changes of clothes and hair styles.

At her youngest, Gabrielle is a deeply frustrated small-town romantic, nursing a crush on the local schoolteacher. He makes the mistake of lending her a copy of Wuthering Heights, which Gabrielle sees as a token of the married man's interest in her. "It's a book!" he protests after she hands him a sexually explicit love letter at a communal village dinner.

Gabrielle makes a scene, and her mother (Brigitte Rouan) decides that the only way to prevent further family embarrassment is to marry her daughter off. She selects Jose (Alex Brendemuhl), a Catalan bricklayer who fled Franco and ended up in the south of France. Gabrielle's wealthy parents — rich in lavender, of all things — will finance a construction firm for him if he marries their daughter.

Gabrielle argues against the deal, promising unhappiness and, by the way, no sex. Jose accepts nonetheless, and moves his new bride to a port city. He's a dutiful husband, aside from regular Saturday-night visits to a brothel.

Kidney stones — mal de pierres, the movie's French title — eventually send Gabrielle to a Swiss mountain spa for a water cure. There she meets Andre (Louis Garrel), a handsome lieutenant whose kidneys are in even worse shape due to a tropical disease contracted while serving in France's Indochina colonies.

Could Gabrielle become a French lieutenant's woman? She certainly thinks so.

Shadowy and sensuous, From the Land of the Moon is consistently interesting to look at. Cinematographer Christophe Beaucarne shoots the widescreen imagery in the lithe handheld style common in contemporary French cinema, while the production design keeps the tale assuredly in-period.

There's an enveloping languor to the spa sequences, a drugginess that mimics the effects of the opium Andre chews to allay pain. For Gabrielle, of course, love is the drug. But romance seems to be healing even Andre, who comes from a military family and says he's never really known a woman before — although he seems more poet than soldier. The charismatically indisposed officer plays melancholy Tchaikovsky on the piano and reads a book titled About Happiness — which, of course, he gives to Gabrielle.

Unhappiness awaits, as it must. But Garcia and co-scripter Jacques Fieschi's scenario — derived from Milena Agus' bestselling novella — is worse than star-crossed. It relies on a third-act revelation that's both implausible and a narrative cheat. The disclosure leaves the always unsympathetic Gabrielle looking downright inexplicable.

As we already know from the prologue, Gabrielle and Jose are still together years later. But taciturn, accepting Jose is barely developed as a character, so the survival of the marriage appears to rely on circumstance rather character. From the Land of the Moon could have been a story of a woman's maturation, or a relationship's evolution. Instead, it just moons about love so lost that it may never have existed at all.