Accessibility links
'Brigsby Bear': Do Not Adjust Your (Mind) Set A gawky young man (SNL's Kyle Mooney) raised in isolation re-enters the world — but can't let go of his obsession with his favorite TV show in this quirky, imaginative little film.

'Brigsby Bear': Do Not Adjust Your (Mind) Set

'Brigsby Bear': Do Not Adjust Your (Mind) Set 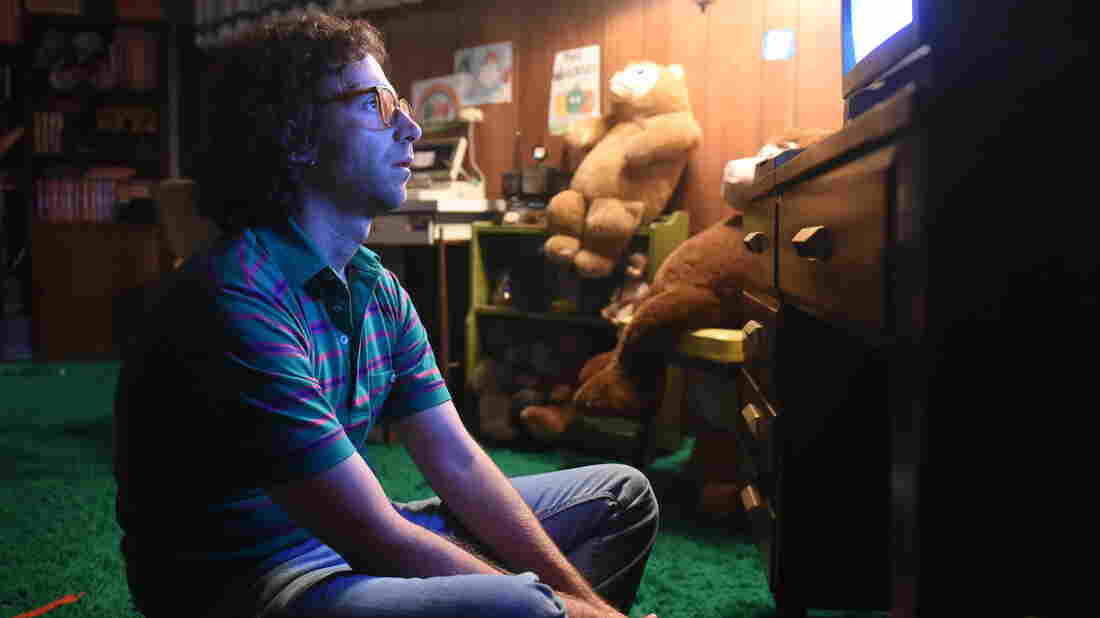 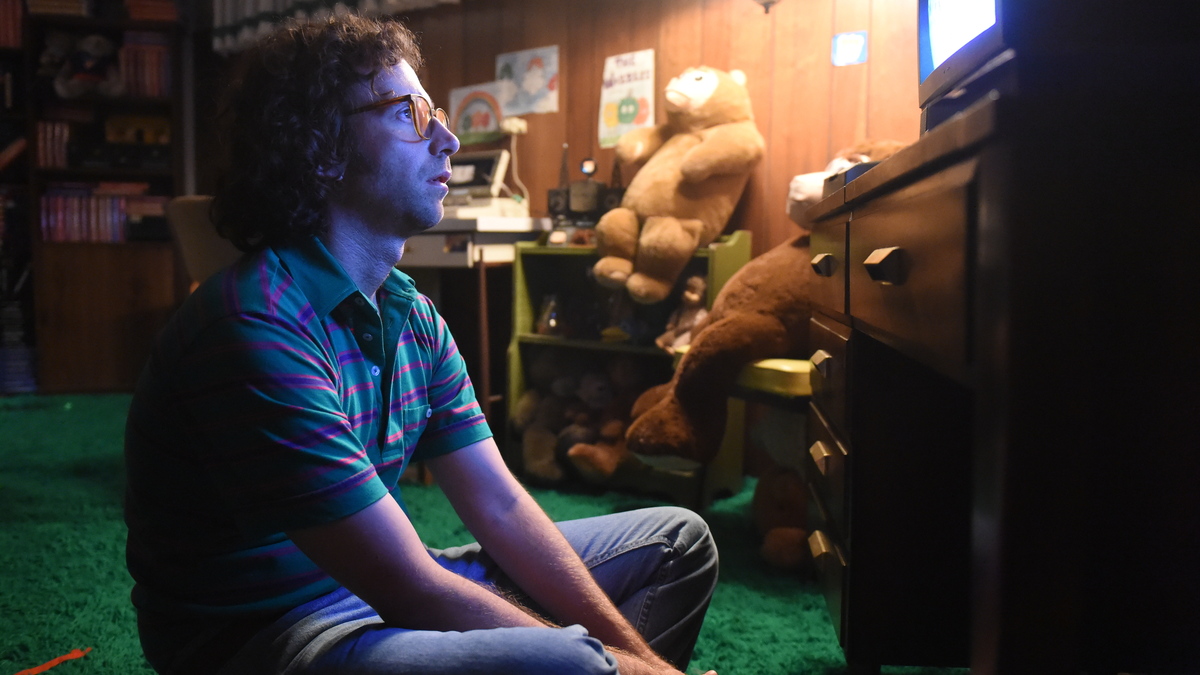 If Barney the Dinosaur also played all five members of Voltron, he would look something like Brigsby Bear, a man in a giant teddy bear suit who stomps around against an outer-space backdrop blinking his animatronic eyes and learning lessons. Brigsby Bear Adventures has been on the air for some time, and the substance of those lessons has evolved from simple arithmetic to advanced scientific concepts, often accompanied by a telling refrain: "Curiosity is an unnatural emotion."

Before we get curious, first a warning. It's fitting that a film about the ways entertainment can damage our psychology would be super-spoilery. There's a giant "twist" in Brigsby Bear that occurs shortly after the film starts, one the marketing materials have smartly chosen not to reveal. And for those who haven't had it told to them, it's worth going into the film completely in the dark, much like its protagonist is at the beginning.

But a review that only talks about the first five minutes of a movie, and labels the rest off-limits, is just stunting its reader's maturity. So consider this a word of warning: What follows will set you free.

We know about Brigsby only through his number-one fan, the gawky overgrown child James Pope (Saturday Night Live's Kyle Mooney), who lives in an underground bunker with parents Ted and April (Mark Hamill and Jane Adams). James never leaves the bunker, because he's been told there's nothing outside but danger; instead, he watches new Brigsby videos in his room via the VHS tapes that have been arriving mysteriously, like clockwork, his entire life. They're low-rent affairs, but he's totally satisfied, having — like Jim Carrey's Truman in The Truman Show -- never known any other world.

Then one night, as James sits on the upper deck admiring the vast desert expanse, he sees flashes of red and blue in the distance: cops, finally tracking him down after a decades-long search. James soon learns that Ted and April are children's entertainers on the lam who kidnapped him from the hospital as a baby, and that his real parents are middle-class Utahns Greg and Louise (Matt Walsh and Michaela Watkins). But once he's back at home, meeting his surly sister (Ryan Simpkins) and being introduced to things like basketball and psychiatrists and beer, all James wants to do is cuddle up back in Brigsby's giant bear arms, safe in the cocoon of the show that had all the answers.

This is a problem, since Ted and April were the ones making the shows, and now that they're in prison there's no one left who understands James's distinct, obsessive pain. When he discovers the existence of movies, he takes it upon himself to make a movie version of Brigsby... you know, to finally wrap up all those dangling loose ends in the mythology. It's a while before we realize whose mythology is truly at stake.

Since his SNL debut in 2013, Mooney has been stealthily perfecting the character type of a sheltered child in a gawky man's body (not to be confused with the ribald man-child preferred by SNL alum Adam Sandler). In Brigsby, which Mooney co-wrote with Kevin Costello, he's found the big-little boy he was born to play. James hides his true delusions behind a wall of impishness so high that it takes a while for us to figure out just how deep the damage goes: Unlike Brie Larson in Room or the many real-world kidnapping nightmares, he loved his life in the bunker and has no desire to join society. The film does have jokes, but Mooney, channeling the spirit of Peter Sellers, delivers them all without even the slightest hint that he knows he's joking.

Dave McCary, Mooney's childhood buddy and an SNL director who formerly partnered with him in the sketch comedy group Good Neighbor, directs with considerably more cinematic flair than one is used to seeing in sketch-troupe movies. The early bunker scenes combine wood-paneled-basement chic with a futurist sheen, and the rest of the cast, though mostly comedy ringers, never gets outwardly jokey — Hamill, in particular, is terrifying for how naturally he creates his parental fantasy. It's too bad the film's second half, in which James enlists the whole town to help him make his weird little movie, gets overly earnest and bland. Suddenly we're watching just another Lars and the Real Girl Sundance special about a kid and his delusions, without the dark edge of earlier, inventive scenes that hint at brainwashing and the ways television can make the viewer complacent in their own prison. (One nice touch: There's a Brigsby "online" fan board, made up only of James and several avatars played by Ted.)

In truth, the existence of Brigsby himself opens up so many ideas that the fun comes in parsing through them after the movie ends. For example, did Ted and April create the show to entertain this kid they stole, or did they kidnap the kid to wean an audience on their ridiculously elaborate show? So maybe the film's true genius is that it leaves us wanting the same thing James does: more time with Brigsby.