Accessibility links
Why Are Undocumented Immigrants Smuggled By Truck? For many migrants, there is a fear of "two crossings" — the actual border and then checkpoints farther inland. 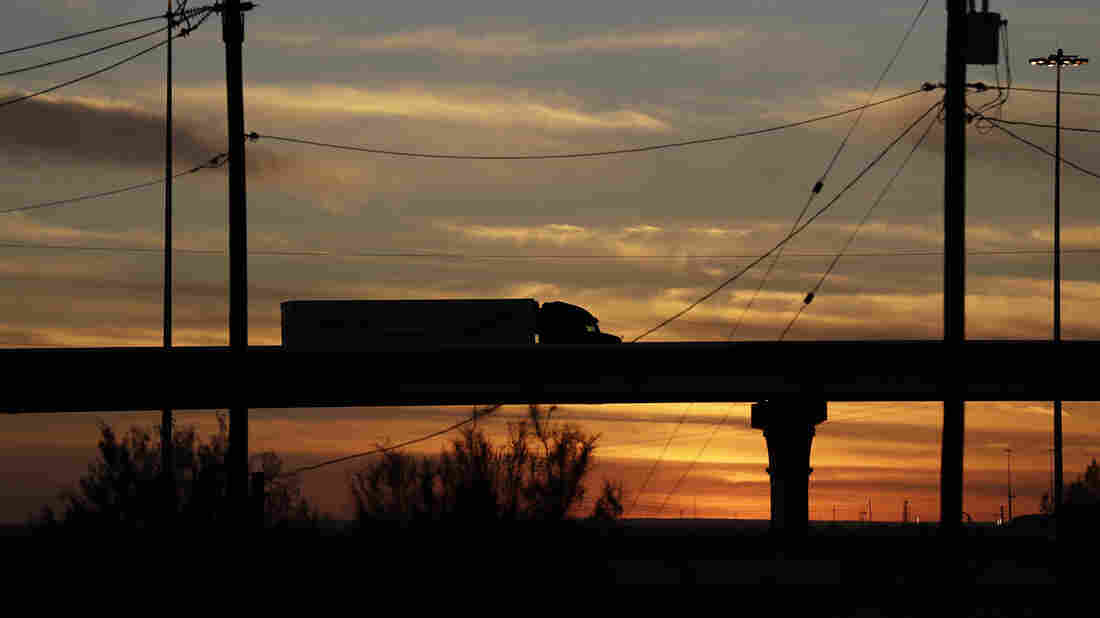 A truck travels on an overpass toward the World Trade Bridge, in Laredo, Texas. Eric Gay/AP hide caption 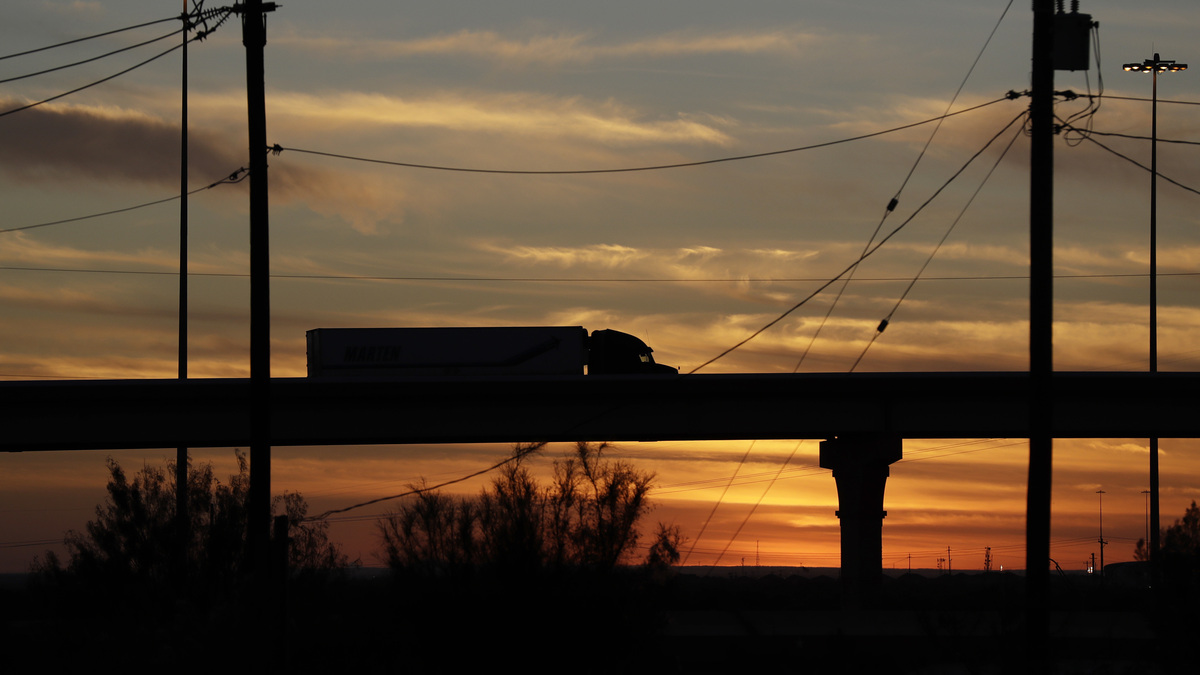 A truck travels on an overpass toward the World Trade Bridge, in Laredo, Texas.

The deaths of 10 migrants in a sweltering 18-wheeler in San Antonio has raised a lot of questions. One of them: Why transport people in the back of a tractor-trailer, especially after they have already crossed the border?

One reason, experts say, is that entering the United States from Mexico illegally involves "two crossings." You must first cross the U.S./Mexico border, then one of the many Border Patrol checkpoints that exist farther into the United States.

That double crossing "has increased the incentives for smugglers to operate in different ways, and on different sides of the border," says Guadalupe Correa-Cabrera, who researches immigration and border security at UT Rio Grande Valley.

"I would even say that it's probably easier to get past the first barrier, to get in the country" says Albert Flores, a San Antonio criminal defense lawyer who represents clients in human smuggling cases.

"But once you're in the country, most of the South Texas border is uninhabitable," Flores says. Smugglers then face a challenge to get migrants through checkpoints that are farther inland.

Since border enforcement has increased in the last few years, Guadalupe Correa-Cabrera says, more smugglers and immigrants may gravitate to transportation by truck. Trucks provide anonymity on busy Texas highways, and packing people together means the risk is concentrated and profits are greater for smugglers.

But Albert Flores disagrees, saying truck smuggling is risky and not likely "efficient."

What we do know is that this has happened before.

In 2003, 70 people were found locked in a sweltering tractor trailer in Victoria County, Texas. Nineteen of them died.

"I feel like I'm seeing history almost repeat itself," Ronald Colburn, former National Deputy Chief of U.S. Border Patrol, says of the recent tragedy. He was serving as director of law enforcement at the Homeland Security Council for the White House during the Victoria County case.

He believes that earlier tragedy may give a window into how truck smuggling operations work. He says the truck driver in that case was recruited by a criminal organization.

"Somebody sidles up to him ordering a cup of coffee at a truck stop in South Central Texas," says Colburn. "Next thing you know he's asking 'how would you like to make a little extra money?'"

He says in that case investigators managed to get the driver to talk.

"The actual follow-up investigation will likely go on for months," says Colburn. When done, he believes, "over a dozen people will probably get arrested."

The fiancée of the driver in this case has told reporters that the driver, James Matthew Bradley Jr., did not know there were people in his truck.

He was scheduled to appear for a federal court hearing Thursday, but his lawyers waived the hearing on Wednesday afternoon.