Accessibility links
'An Inconvenient Sequel' Is An Effective, Cautiously Optimistic, 'I Told You So' In 2006, Al Gore issued a forceful warning about the threat of climate change in An Inconvenient Truth. He's followed it up with a sequel that shows how far we've come — but with plenty of caveats. 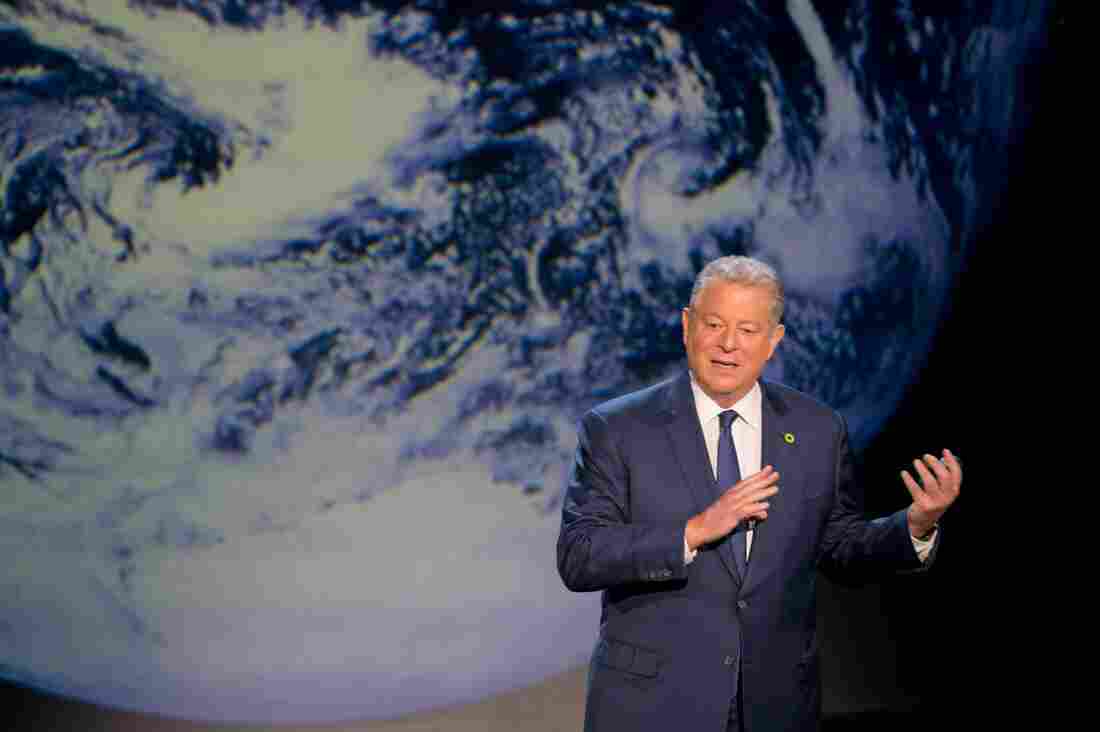 In 2006, Al Gore issued a forceful warning about the threat of climate change in An Inconvenient Truth. More than a decade later, he's followed it up with An Inconvenient Sequel: Truth to Power. Jensen Walker/Paramount Pictures hide caption 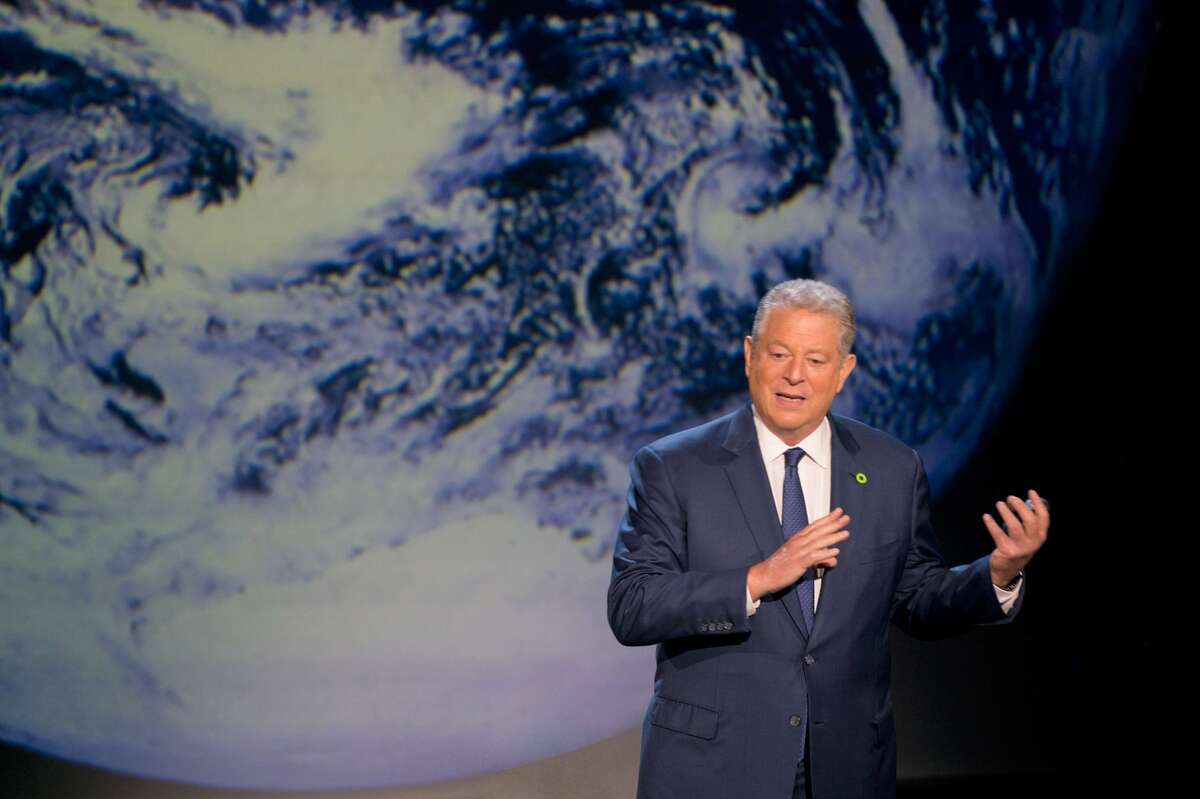 In 2006, Al Gore issued a forceful warning about the threat of climate change in An Inconvenient Truth. More than a decade later, he's followed it up with An Inconvenient Sequel: Truth to Power.

A close-up of ice melting in brilliant sunshine is the first thing you see in An Inconvenient Sequel: Truth to Power. It's gorgeous — snow crystals glistening, moisture dripping from them into a pool of water so pure and clear it makes you thirsty.

But in subsequent shots, as the drips become streams, and the streams plunge over ice-cliffs, you realize what you're seeing: A glacier is melting. And that's not so beautiful.

More than 10 years ago, Al Gore's documentary An Inconvenient Truth argued forcefully that climate change ought to be a mainstream concern. The world seemed to hear that argument (the current U.S. administration's doubts notwithstanding) and the film became a surprising box office hit worldwide.

Despite Climate Change Setbacks, Al Gore 'Comes Down On The Side Of Hope'

Now, Gore's back with an update that is partly an "I told you so," and partly a "look how far we've come" with caveats. The former vice-president has long seemed most at home when visiting scientists and statistic-gatherers, which is what we see him doing a lot of, here. The man is wonky, no question. But that's what has made his climate-change crusade persuasive for so many. He gets the figures, turns them into easily digested factoids, says things that initially sound outrageous, and handles the pushback. Take a graphic created for An Inconvenient Truth in 2006, that he recalls in this film.

"The single most criticized scene in that movie," he says as a map of lower Manhattan shows streets flooding with water, "was an animated scene showing that the combination of sea-level rise and storm surge would put the ocean water into the 9/11 memorial site which was then under construction. And people said, 'That's ridiculous. What a terrible exaggeration.' "

Then you see news footage from October 2012 of Hurricane Sandy slamming into New York as a newscaster talks of flooding at the World Trade Center site. And that's followed by a somber New York governor Andrew Cuomo reacting to billions of dollars in damage that he calls "a wake-up call" about climate change and our vulnerability to it. Lessons learned, steps taken.

Still, much of this film manages to be upbeat and affirmative. The single most exhilarating moment may come from a bar graph — seriously, you'll want to cheer — but there's no shortage of human stories on screen: The woman whose shoe gets stuck in pavement that's melted from the heat. The conservative Republican mayor of what's said to be the reddest city in the reddest county in oil-producing Texas, bragging that his town is saving money by getting 100 percent of its energy from wind and solar.

The whole middle section of the film dives deep into the negotiations at the global conference on climate change in Paris. At one point, there's a logjam. India has been complaining that industrialized countries built their economies on cheap fossil fuel for 150 years, before investing in solar power. Give India 'till 2167, a diplomat says, and it'll join the switch, too.

Gore — ever the politician, and in this crowd, also quite the celebrity — starts dickering on the phone and in meetings, and is soon watching happily as virtually every nation agrees to get to zero greenhouse emissions.

Should We Feel Optimistic ... About Climate Change?

"It is unprecedented," he crows, only to be interrupted by a familiar voice delivering a stump speech on the campaign trail, promising to "put America first" and "cancel billions in climate change spending" and do away with the Environmental Protection Agency.

An Inconvenient Sequel premiered at Sundance one day before the 2017 inauguration and directors Jon Shenk and Bonni Cohen take every opportunity to picture the President — whose name they go out of their way not to say — as an antagonist for their protagonist. And they've been updating the film since Sundance, which is an effective way to add dramatic tension and make sure that their story about climate is always a story about people.

I had a geology professor in college, who, whenever he drew a volcano on the blackboard, also drew a village nearby that was going to be buried in lava when it erupted. Always got a laugh ... and also made a point.

Al Gore is like that prof — and An Inconvenient Sequel: Truth to Power is a hugely effective lecture.