Accessibility links
Reince Priebus, Chief Of Staff, Is Out In Biggest White House Staff Shake-Up Yet The former Republican National Committee chairman, a mild-mannered Wisconsinite, was never a natural fit with the flashy billionaire president. His exit signals a new chapter in the Trump presidency. 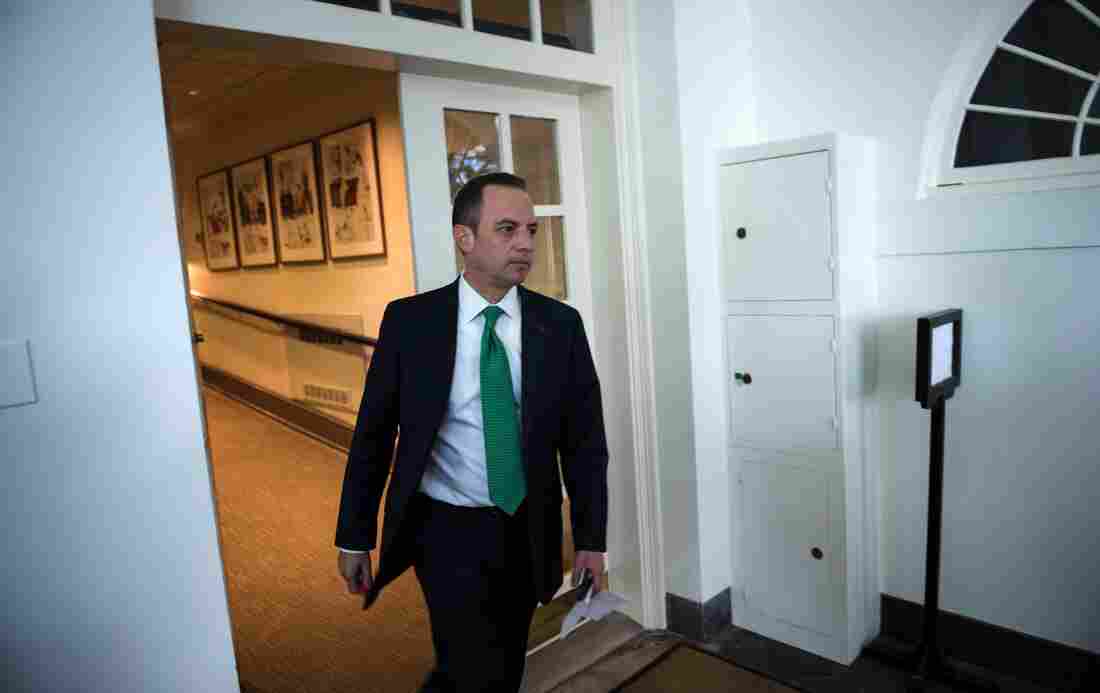 Reince Priebus, seen in June, is out as President Trump's chief of staff. He will be replaced by Homeland Security Secretary John Kelly. Brendan Smialowski/AFP/Getty Images hide caption 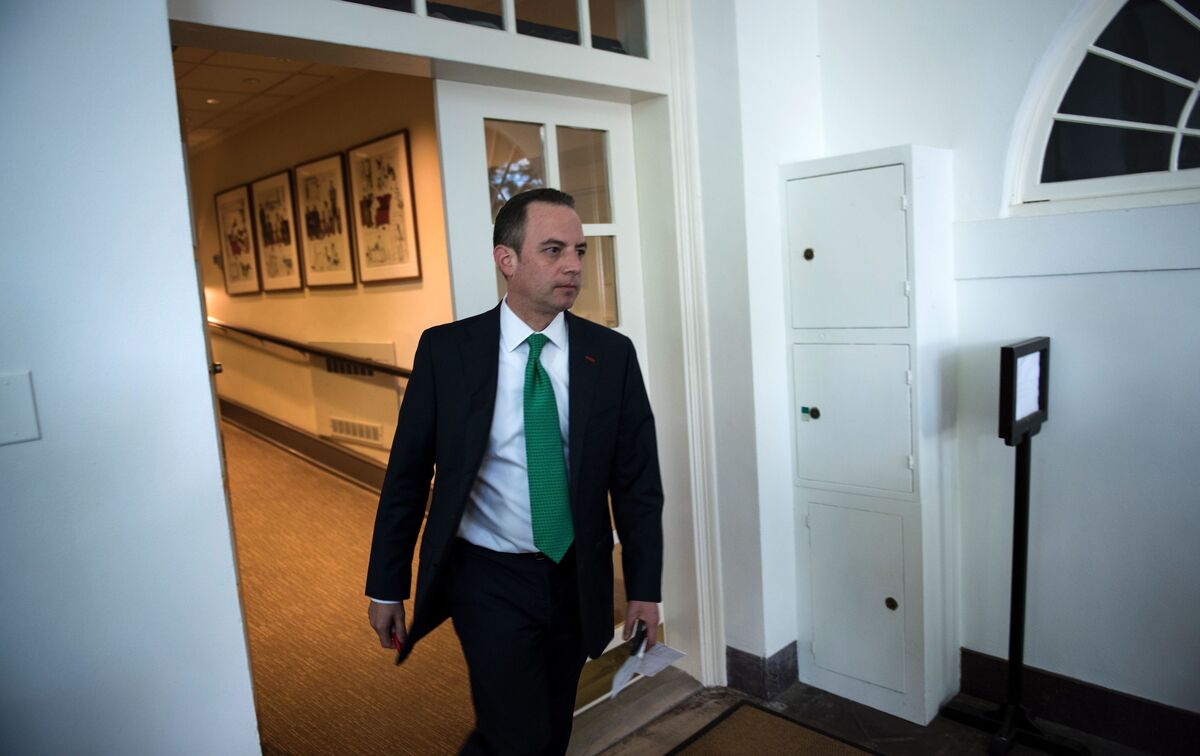 Reince Priebus, seen in June, is out as President Trump's chief of staff. He will be replaced by Homeland Security Secretary John Kelly.

He rose from relative state-party obscurity and reached an unlikely pinnacle as the man responsible for the agenda of the president of the United States.

Now, Reince Priebus is out of that job as White House chief of staff in the most significant shake-up of the rocky Trump presidency.

President Trump announced on Twitter on Friday that Homeland Security Secretary John Kelly has been named to replace Priebus, who says he resigned Thursday.

I am pleased to inform you that I have just named General/Secretary John F Kelly as White House Chief of Staff. He is a Great American....

...and a Great Leader. John has also done a spectacular job at Homeland Security. He has been a true star of my Administration

I would like to thank Reince Priebus for his service and dedication to his country. We accomplished a lot together and I am proud of him!

"It has been one of the greatest honors of my life to serve this President and our country. I want to thank the President for giving me this very special opportunity. I will continue to serve as a strong supporter of the President's agenda and policies. I can't think of a better person than General John Kelly to succeed me and I wish him God's blessings and great success."

As chairman of the Republican National Committee during the 2016 presidential campaign, Priebus' team supplanted a thin Trump campaign with money and staff to help Trump win the presidency. That brought Trump and Priebus close, but it was never a natural fit — the mild-mannered, careful former Wisconsin Republican Party leader with the Midwestern accent, once critically described as the "nebbish's nebbish," and the flashy, cavalier New York billionaire.

Priebus' exit indicates the full decline in the White House of the RNC-led Washington contingent. Priebus was the last of the high-profile RNC staffers to exit the West Wing. Months ago, Priebus' deputy, Katie Walsh — a former RNC chief of staff, who was accused of being a leaker by rivals inside the White House — left to work on a PAC supporting Trump. Then it was Sean Spicer, the beleaguered press secretary doubling as communications director, who left the day Trump brought on board New York financier Anthony Scaramucci as the new communications director.

Priebus and "The Mooch"

Despite lauding Priebus in his first appearance in the White House briefing room, Scaramucci days later revealed simmering tensions with the then-chief of staff. Those tensions burst wide open into public view Thursday when it was revealed that Scaramucci, who refers to himself as "The Mooch," called a reporter and unloaded on Priebus. 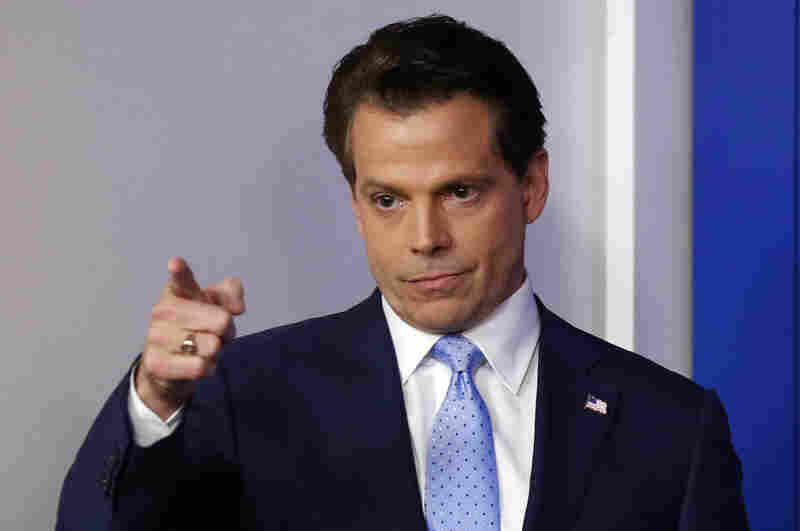 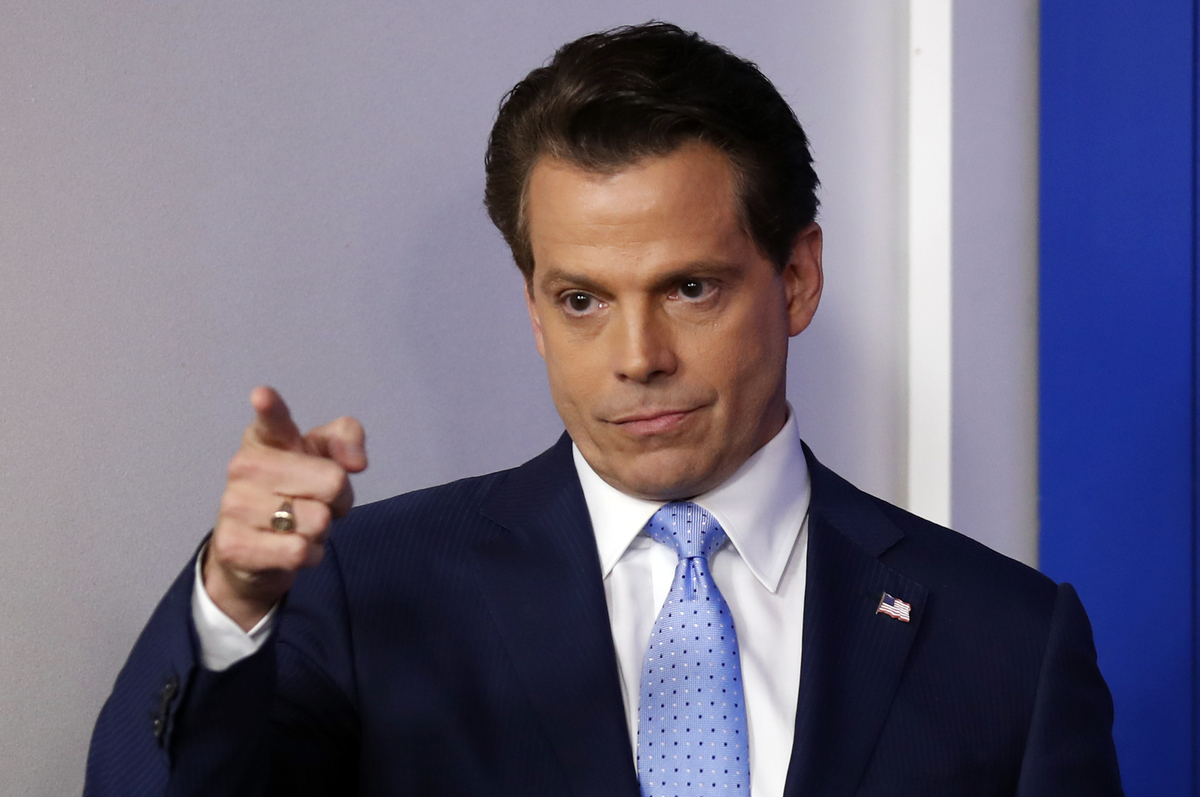 Tensions between Priebus and new White House communications director Anthony Scaramucci had come to a boil this week.

"Reince is ... a paranoiac," Scaramucci told The New Yorker's Ryan Lizza. Scaramucci was annoyed, thinking his financial disclosure was leaked to the media. It turns out that a Politico reporter obtained it through a public-information request.

Fearful of an unscheduled meeting or phone call or even a rogue tweet at the thumbs of the president, Priebus made a point of keeping close to Trump's side. But there were signs that Priebus was, at times, out of the loop, like when Trump decided to hire Scaramucci. Both Priebus and senior adviser Steve Bannon reportedly objected strenuously to the move. Press secretary Sarah Huckabee Sanders told reporters Friday that Priebus' departure had nothing to do with Scaramucci. She also said the conversation between Priebus and the president began "about two weeks ago."

The fact that Priebus is the one who is out certainly lends credence to the idea that the New York contingent, which believes in letting Trump be Trump, is ascendant in the White House.

As chairman of the RNC, Priebus had the unenviable role of trying to keep the roof on the Republican Party house with Trump, an outsider tornado, spiraling toward it.

Priebus tried to contain the tornado, getting Trump to agree to a pledge not to run as third party candidate if he lost the Republican nomination. But the tornado of Trump only got stronger, and no amount of plywood and nails would keep the house in order.

Instead, Priebus opened the doors and arguably did more than anyone else in the party to embrace the coming force.

That didn't mean he wasn't critical.

"No woman should ever be described in these terms or talked about in this manner. Ever," Priebus said in October when an Access Hollywood video was revealed. On it, Trump was caught on tape bragging about grabbing women "by the p****," because "when you're a star, they let you do anything."

But Priebus had to temper his criticisms throughout the campaign so he didn't suffer Trump's wrath — and the party didn't implode. During the general election campaign, Priebus' RNC wound up supplementing Trump's skeleton campaign with millions of dollars in resources and hundreds of field workers in key states.

Loss of an ally

Priebus eventually won over Trump. Perhaps it was a calculated decision to get support from someone with ties to a crucial state. Trump needed Priebus, a member of the so-called "Cheesehead Mafia." Priebus is close with House Speaker Paul Ryan, a fellow Wisconsinite. (Ryan is actually Priebus' congressman.)

On Thursday, Ryan had praised Priebus for doing "a fantastic job" as White House chief of staff. "I believe he has the president's confidence," Ryan told reporters. After news of Priebus' exit, Ryan said his friend "has left it all out on the field, for our party and our country."

Why make an enemy of Priebus, when he could be a critical ally as Trump tried to get his agenda passed? But the wheels have been anything but greased. Priebus' exit comes a day after Republicans' health care efforts were sunk in Congress, at least for now.

A tax overhaul hasn't materialized, despite pledges of addressing it by the summer. And a conversation on infrastructure is only talk of the future.

A chief of staff traditionally is the gatekeeper for the president, but despite his best efforts, Priebus struggled to be that.

Trump has ruffled feathers with off-message tweets, his handling of the Russia investigation, the firing James Comey as FBI director (arguably his most high-profile political miscue) and his public shaming of Attorney General Jeff Sessions, which has turned many congressional Republicans on the president.

Priebus, though, is "always going to be a Trump fan," he told CNN Friday night. "Change is good. He wanted to go in a different direction."