Accessibility links
Conservative Media Argue Russia Probe Is An Attempt To Discredit President Trump "Trump voters are never going to fall for this collusion story and are never going to buy into this notion that the Russians rigged it with Trump," said talk radio host Rush Limbaugh this week. 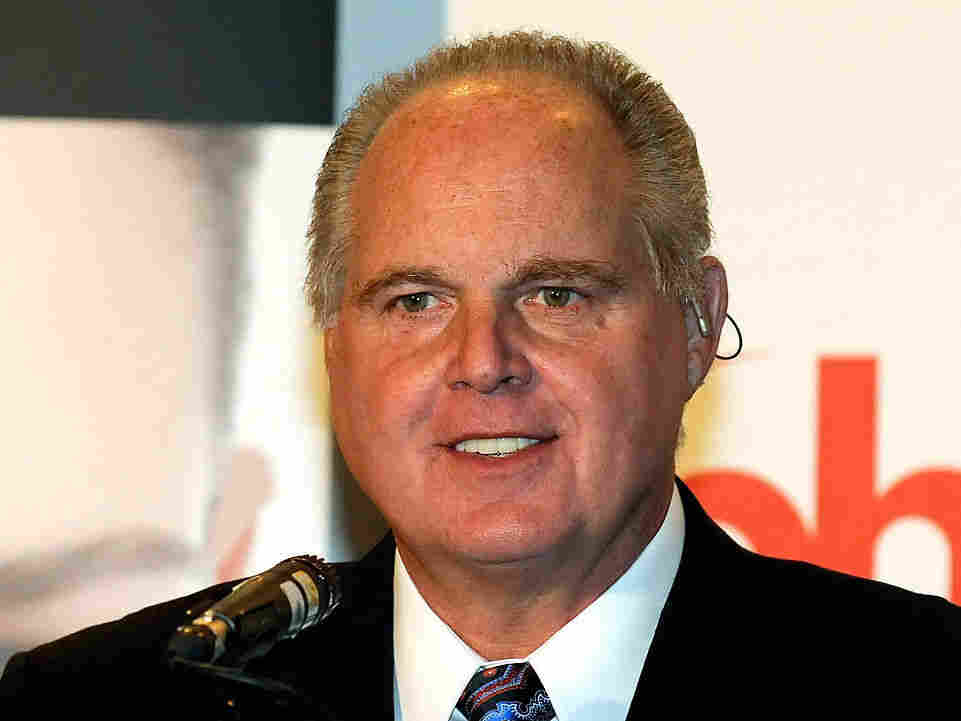 Radio talk show host and conservative commentator Rush Limbaugh, seen in 2010, argues the investigation into ties between the Trump campaign and Russia is an attempt to discredit the president. Ethan Miller/Getty Images hide caption 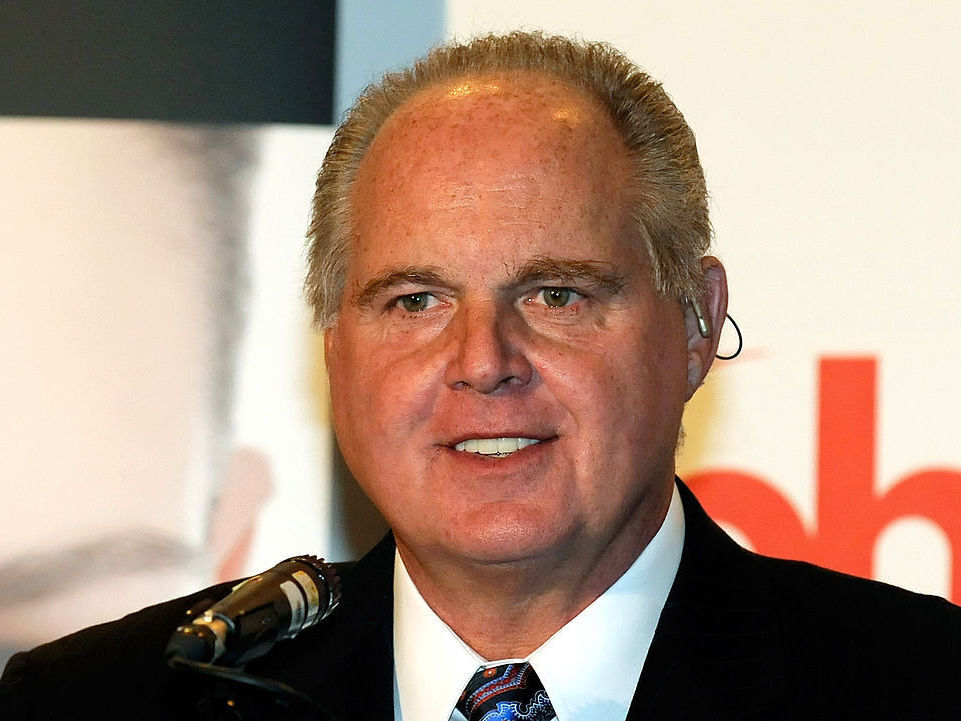 Radio talk show host and conservative commentator Rush Limbaugh, seen in 2010, argues the investigation into ties between the Trump campaign and Russia is an attempt to discredit the president.

In most conservative media, the Russia story is still fake news even as daily revelations continue to pile up about contacts between Russians and Donald Trump's inner circle.

The tone taken by conservative outlets has had an impact on voters such as the Bauchles from Watkins Glen, N.Y. They believe the whole Russia story is a sham, a political head-fake crafted by Democrats and by the crooked media.

"I don't think there's any basis to it," said Dennis Bauchle, a farmer, during an interview this week.

"You know they're just putting allegations out there all the time and [President Trump] has to run around dealing with all this stuff and he isn't able to do his job," said his wife, Marcia Bauchle.

A big chunk of the country agrees. According to a recent Washington Post/ABC poll, 40 percent of Americans don't believe Russia tried to meddle in the presidential election despite evidence to the contrary provided by the entire U.S. intelligence community. The percentage of Republicans who believe the Russia story is a big deal actually dropped sharply. 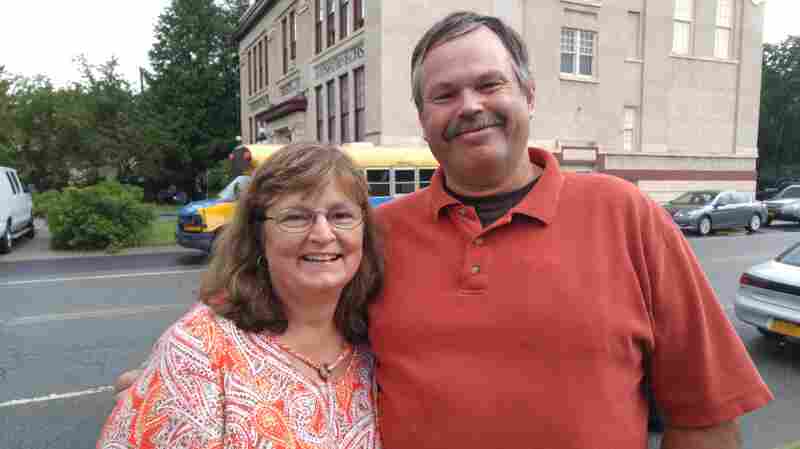 Marcia and Dennis Bauchle are farmers from Watkins Glen, N.Y., who think the Russia story is an effort to tear down Donald Trump. "Progressive liberals are just whining about everything," Marcia says. Brian Mann/North Country Public Radio hide caption 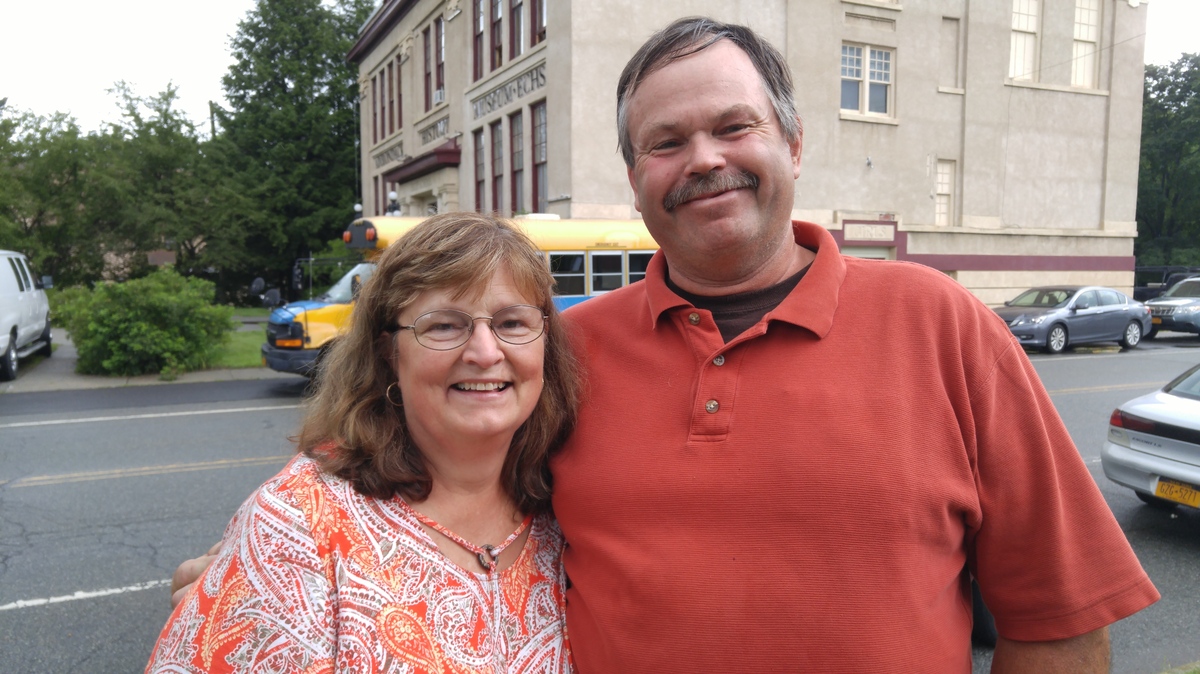 Marcia and Dennis Bauchle are farmers from Watkins Glen, N.Y., who think the Russia story is an effort to tear down Donald Trump. "Progressive liberals are just whining about everything," Marcia says.

Conservative media is one of the big reasons for this disconnect, says Dartmouth College professor Brendan Nyhan.

Outlets such as Breitbart and Fox News, and talk radio hosts like Rush Limbaugh, Sean Hannity and Michael Savage have crafted a powerful counternarrative, downplaying or discrediting developments in the Russia probe.

"Fox and Breitbart are providing a kind of air cover for the politicians who are standing with Trump right now, helping keep the Republican Party largely solidified behind Trump," said Nyhan.

On a recent show, talk radio host Laura Ingraham described the investigations as a cynical effort by liberals to distract the White House from its agenda. "This is what their game plan is; this is part of the resistance," she said.

"Mr. President, fire Mueller," demanded radio host Savage. "He's a political hack. The American people will be behind you. Don't worry about the fake press."

Conservative sources also work hard to discredit mainstream news sources, identifying them as corrupt or biased or part of an active conspiracy. A Pew study released in May found that only 42 percent of Republicans now believe the media should play an active "watchdog" role monitoring politicians. Only 11 percent of conservative-leaning voters believe traditional media sources are trustworthy.

One voice that is considered trustworthy for many conservatives is that of Limbaugh, the radio host who is viewed as sort of the conservative movement's Walter Cronkite.

Limbaugh tells listeners that the Russia probe is part of an effort to delegitimize Trump and his followers.

But Nyhan, the political scientist, says the right-wing media universe is bigger and more diverse than it used to be. Some voices and outlets have started asking tougher questions. Shepard Smith on Fox News reacted sharply this month to the White House's evolving talking points on Russia by asking, "Why is it lie after lie after lie? If you clean, come on clean. You know?"

Some conservative outlets have recently broken with Trump, especially over his attacks on Attorney General Jeff Sessions. Among the sources critical of Trump was Breitbart News, which has close ties to the White House. Trump has derided Sessions for recusing himself from involvement in the Russia investigations.

When asked whether there was anything that would make them rethink the Russia story, the Bauchles said they would need to hear the news from someone they really trust, such as Limbaugh or Hannity.

They want hard facts, a smoking gun. "They have found nothing after how many months of investigating," Dennis argued.

"Put out facts, not maybe or hearsay – facts, you know?" Marcia added. But she acknowledged that the standard of proof she's looking for is high: "So his son met with Russians? Like, who cares?"

For conservative like the Bauchles, hearing those facts won't be easy given their sources of information. The Bauchles say they have stopped watching Fox News. It's gotten too liberal, they said, and too critical of Trump.

A previous version of this story misspelled Shepard Smith's first name as Shephard.