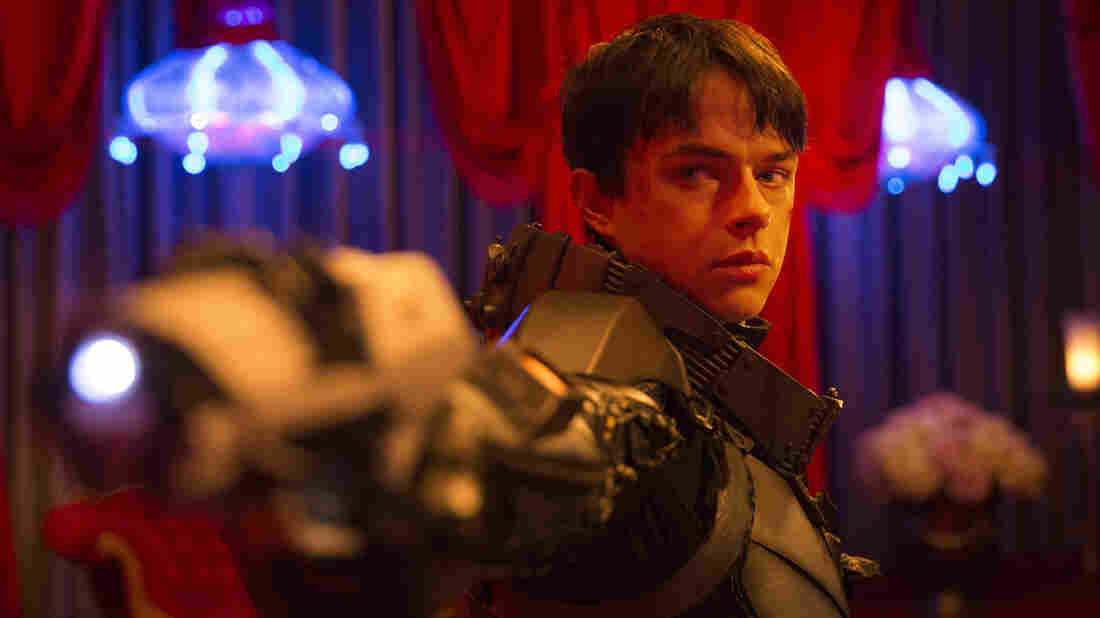 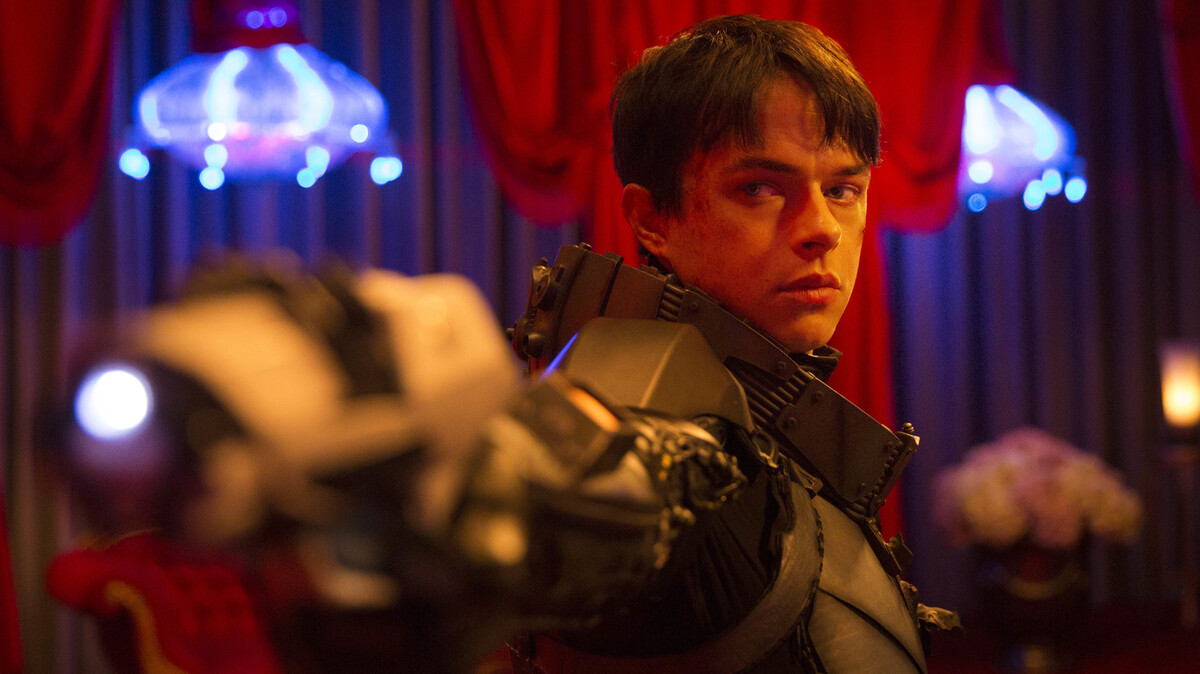 Dane DeHaan stars as Major Valerian in Luc Besson's Valerian and the City of a Thousand Planets.

In our recent Summer Movie Preview episode, one of us (hi!) predicted that this thing had "boondoggle" written all over it. In letters 100 light-years high. And with a bunch of accents both graves and ague thrown in there, because, you know. French.

Turns out? Some of us dug it, some of us hated it, but we all agree it's defiantly, breathtakingly cheesy. (But a really expensive cheese, you know? Like, there's there's this smoked, Balkan, donkey-milk cheese that's like $600 a pound. That, sort of.) We also agree that the Rihanna dance number, at least, is pretty great.

I know what you're thinking: Yes yes yes, but do we get around to discussing the space-porcupine that poops marbles? We do. The fact that the dialogue seems Google-translated from Ancient Venusian? Yep. The woefully miscast Dane DeHaaan? Oh, yes.

Sadly, tragically, criminally, we leave unaddressed the film's bold narrative choice to have one of its characters shove their head up the butt of a space-jellyfish. Also, a passing reference to Ethan "Jolly the Space-Pimp" Hawke's singular contribution to world cinema had to be cut for time.

We hope you'll forgive us, and give it a listen.

We close by ticking off What's Making Us Happy this week. Stephen is over the moon about an NPR Music list filled with passionately eloquent writing. I recommend a book I reviewed for NPR about how the year 1922 changed literature (it's more fun than it sounds). Aisha mentions a new version of a 17-year old hip-hop track celebrating an item of intimate apparel. She's not nuts about it, actually, but it reminded her of the original, in all its shameless butt-flossy glory. Linda recommends a lively and insightful roundtable discussion among several Hollywood directors.

Reminder: We're bringing you two episodes every week. Look for our next episode Wednesday. And as always, find us on Facebook or follow us on Twitter: the show, Linda, Stephen, Glen, Aisha, producer Jessica, and producer emeritus and pal for life Mike.