Accessibility links
Businessman Paints A Terrifying And Complex Picture Of Vladimir Putin's Russia Allegations of murder, blackmail and hundreds of millions of dollars worth of corruption. William Browder's story has it all — and he shared it Thursday with a Senate panel investigating Russia. 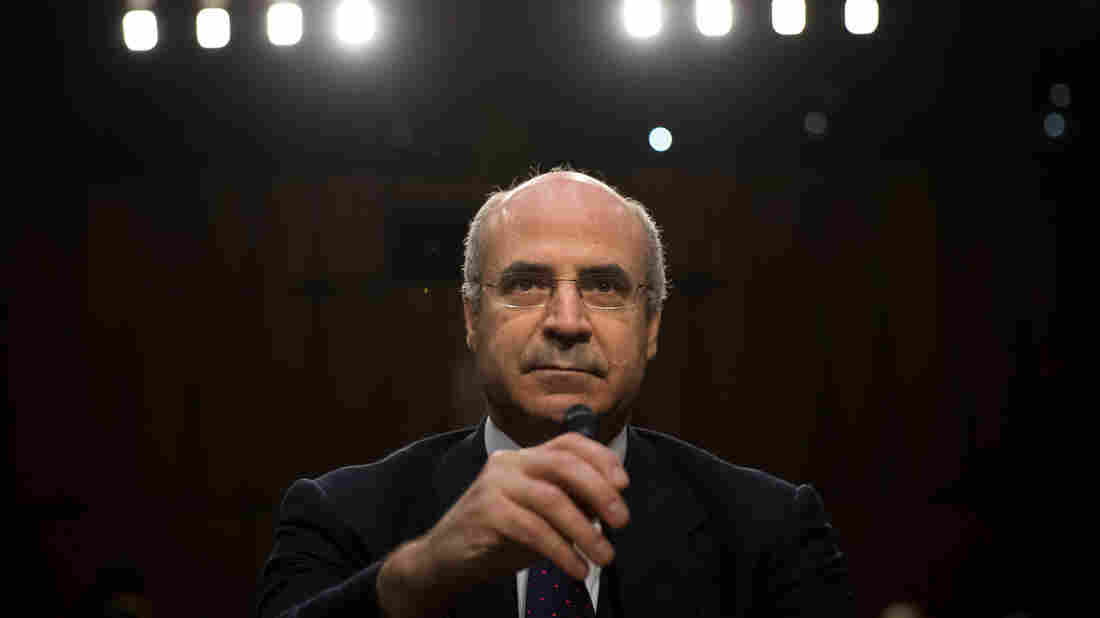 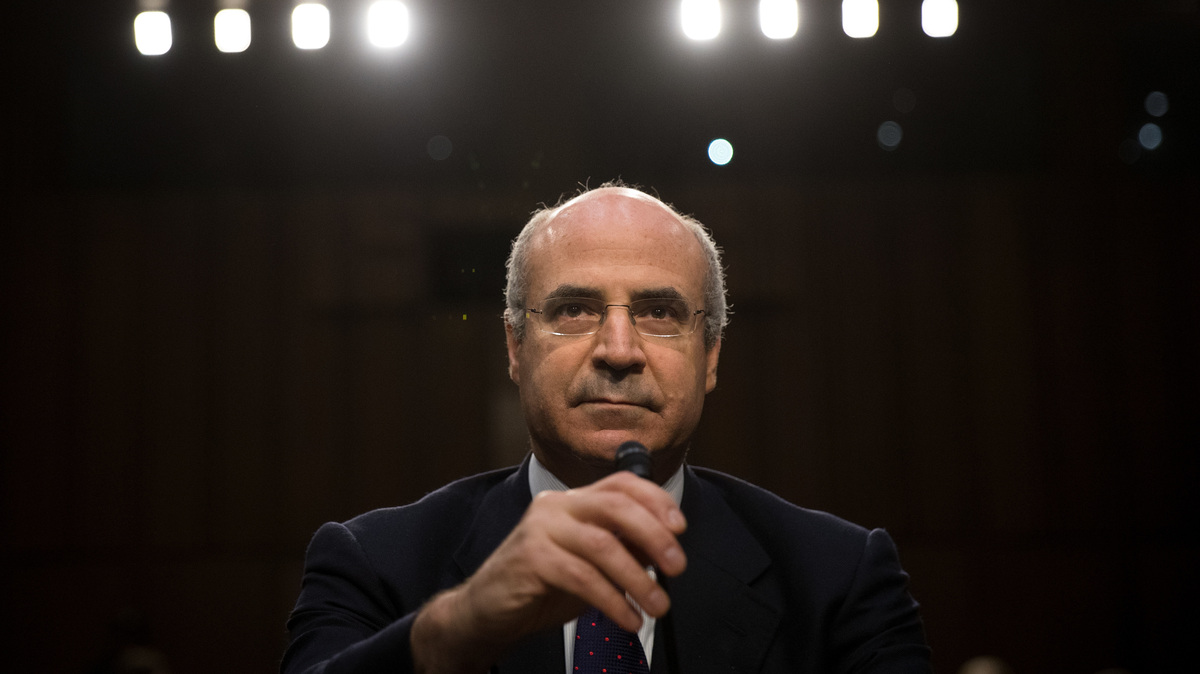 William Browder testified before the Senate Judiciary Committee on Thursday about Russian President Vladimir Putin's government, including allegations of vast and systematic corruption.

Browder made a fortune in Russia, in the process uncovering, he says, incredible amounts of fraud and corruption. When he tried to report it to authorities, the government kicked him out of the country and, he alleges, tortured and killed the lawyer he was working with.

In what one senator called one of the Senate Judiciary Committee's "most important" hearings, Browder, a wealthy businessman-turned-activist-turned Putin-adversary shed a chilling new light on a Russian system of government that operates ruthlessly in the shadows — as Browder described it for lawmakers: a "kleptocracy" sustained by corruption, blackmail, torture and murder with Putin at its center.

"Effectively the moment that you enter into their world," Browder told senators investigating Russian interference in the 2016 presidential election, "you become theirs."

Browder's story — how he ended up living in London, after almost a decade of vast success as a businessman in Moscow, is arguably a case study in how Putin's government works: a system of intermediary influential businessmen who aren't directly employed by the Russian government, but who benefit financially from Putin's regime.

Browder founded and ran one of the largest investment firms in Russia, Hermitage Capital Management, from 1996-2005. When he and his lawyer Sergei Magnitsky discovered a massive corruption scheme, they went to the authorities.

"And we waited for the good guys to get the bad guys," he told the Senate Judiciary Committee. "It turned out that in Putin's Russia, there are no good guys."

In Putin's Russia, An 'Adhocracy' Marked By Ambiguity And Plausible Deniability

After making their complaint, Browder was accused of tax evasion; he alleges the $230 million he thought his business was paying in taxes to the Russian Treasury was misappropriated and funneled to those in power, at once making him a criminal and making Putin's circle richer.

He was denied access back into the country after an international trip, but Magnitsky wasn't so lucky. Browder told the senators the Russian lawyer was detained by the authorities, denied medical treatment for pancreatitis while he was jailed, and then allegedly beaten to death in 2009 while chained to a prison cell bed.

Putin has continuously denied the allegations regarding Magnitsky.

"Investigators concluded that there was no malicious intent, or criminal negligence in Magnitsky's death. It was just a tragedy," Putin said in 2013, in an interview with a Russian television station. "One might think no deaths occur in U.S. prisons."

Human rights groups, however, have agreed with Browder's telling of events.

After advocacy by Browder, in 2012, Congress passed the Magnitsky Act. The law targets Russian human rights abusers by freezing their American assets and banning them from entering the U.S. The bill was named after the deceased Russian lawyer who had fought corruption in the country alongside Browder. 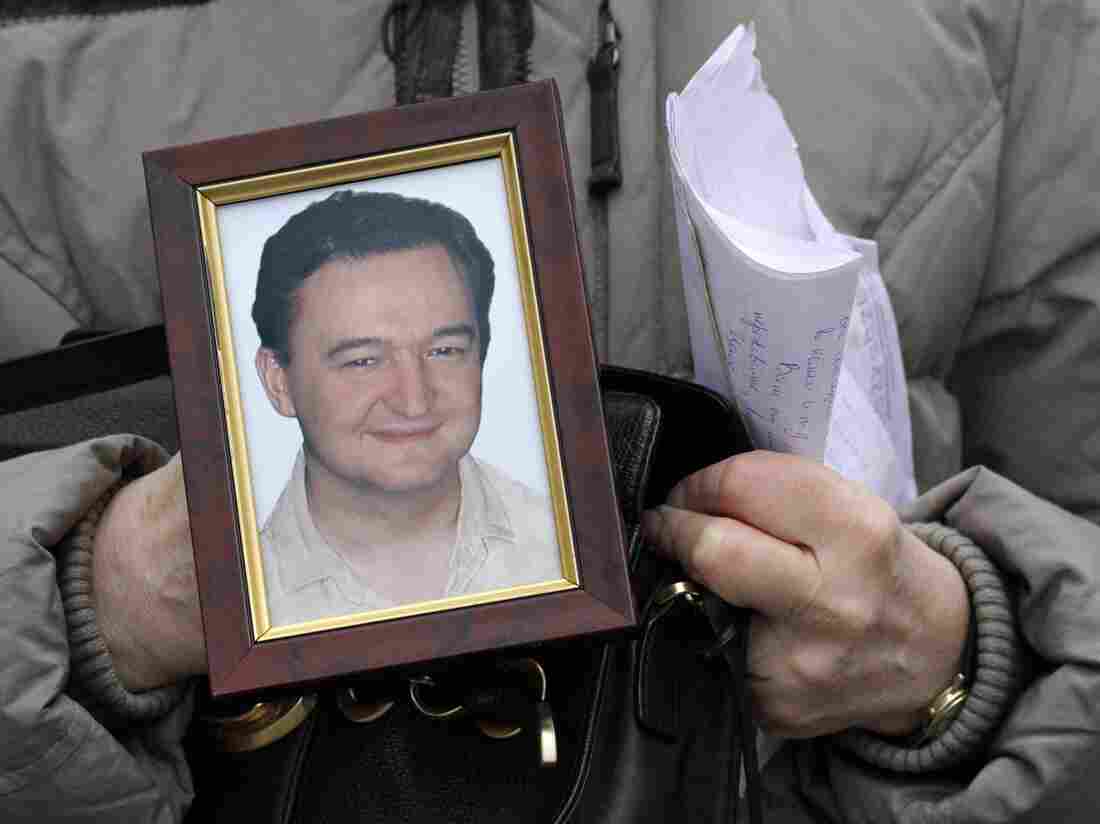 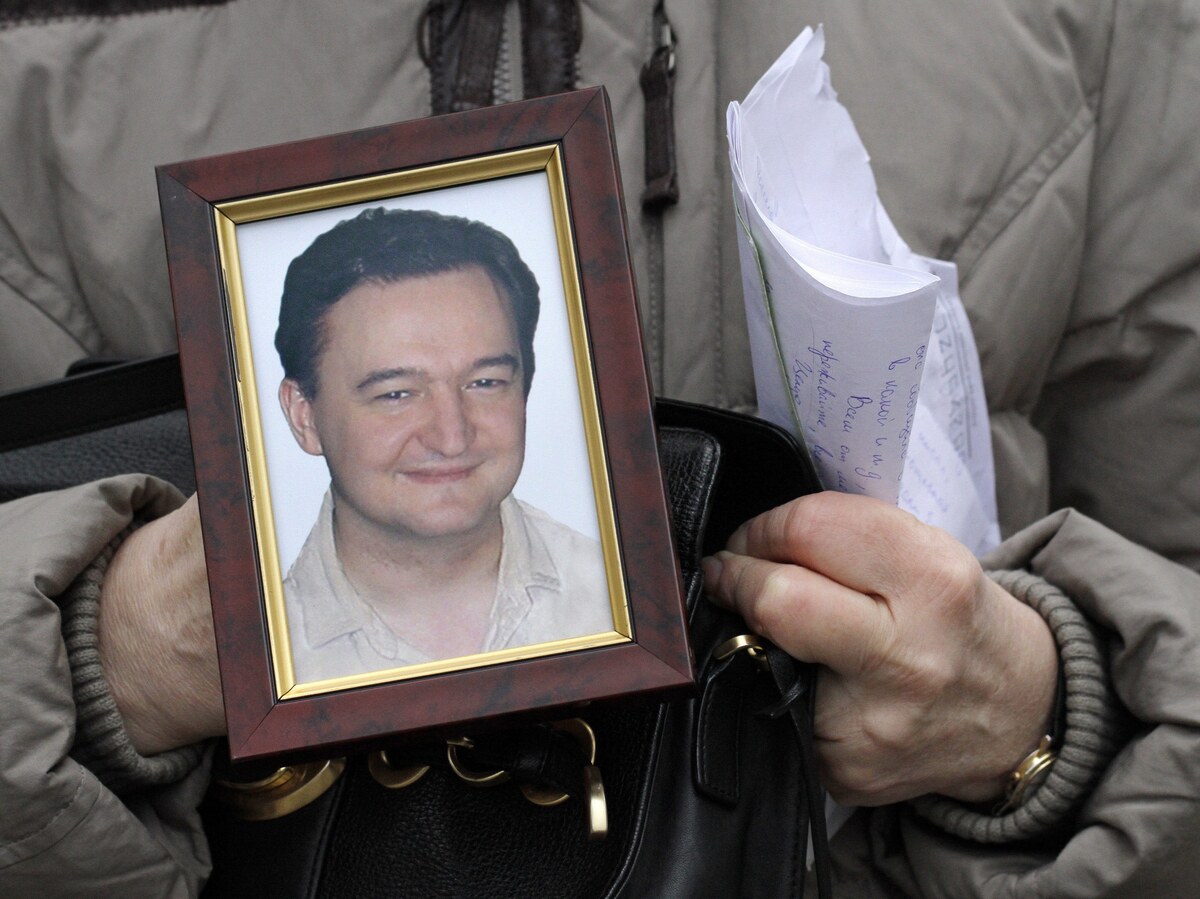 Putin has spent the last half decade fighting through various methods to undermine and ultimately repeal the eponymous law. In addition, as retaliation for the law, he imposed a policy in Russia — what Browder called "the most sadistic thing he could do" — banning the adoption of sick and disabled Russian children by American families.

Much of Thursday's hearing was spent getting at the bigger question: Why is the Russian president so fixated on the Magnitsky Act?

There are two reasons, according to Browder:

"This is a war of ideology between rule of law and criminality," Browder also told the senators. "And if we allow all the corrupt money to come here, then it's going to corrupt us until we end up like them."

Natalia Veselnitskaya has become what Browder called "the point person" for Russia's fight to repeal the law. The Russian attorney has been lobbying against the Magnitsky Act for years, and fighting to discredit Browder.

She was thrust into the headlines recently when it was revealed she met with Donald Trump Jr. and two other top Trump campaign aides last June to try and sway them toward repealing the law should Trump win the presidency.

But in a series of emails exchanged to set up the meeting, Trump Jr. was told Veselnitskaya would have incriminating information about Democratic nominee Hillary Clinton supplied by the Russian government in an effort to help his father's presidential campaign.

Sen. Dianne Feinstein, D-Calif., the committee's ranking member, asked Browder if the meeting could have been the Russian government's way of offering a "quid pro quo" in exchange for repealing the Magnitsky Act.

"This was a big ask," Browder said in response — in reference to repealing the U.S. law that essentially imposes global banking sanctions of Russian human rights abusers who are found to have violated it. "They wouldn't have gone in and said 'please can you repeal this for us,' without having something to offer in return."

Trump Jr. and Veselnitskaya have both said no incriminating information about Clinton ended up changing hands in the meeting.

Browder's testimony also touched on one of the more perplexing aspects of Russia's interference in the 2016 presidential election — how Putin and the Russian government view now-President Trump given evidence Russia was gathering incriminating information about both Trump and Clinton at the same time.

Sen. Lindsey Graham's almost entire line of questioning on Thursday focused on the seeming contradiction in the fact that Russia allegedly has ties to a company behind the controversial and unverified dossier on Trump while Russia was also rooting for Trump to win on Election Day, according to to the emails exchanges with Trump Jr. prior to the June 2016 Trump Tower meeting.

"Is it common for Russia to play both sides against the middle?" Graham asked.

"What you need to understand about the Russians is there is no ideology at all," Browder said. "Vladimir Putin is in the business of trying to create chaos everywhere."

President Putin has repeatedly denied that the Russian government played any role in interfering in last year's election; he did so most recently during an in-person meeting with Trump on the sidelines of the G-20 summit in Germany.

Trump has also repeatedly denied that he or anyone associated with his campaign colluded with the Russians. On Thursday, the White House used the hearing as further proof President Trump wasn't colluding with the Russians to get himself elected.

"We learned that the firm that produced (the dossier) was also being paid by the Russians," said White House press secretary Sarah Huckabee Sanders. "This is yet the latest piece of evidence that vindicates what the President has said, that this is a witch hunt and a hoax."

Browder explained to lawmakers, however, that it's not really a contradiction or a disconnect at all for Russia to be gathering potentially compromising information on Trump while also reaching out to his campaign to provide assistance and incriminating information about Clinton. That's because Putin's activities always seem to be designed to find leverage over his targets. In some cases, Russia will engage in an illegal activity to help a target and then hold the threat of exposure of that activity over the target's head.

"They've got you both ways: with the carrot of continued bribery, and the stick of exposure and blackmail if you defect?" asked Sen. Richard Blumenthal, D-Conn.

"That is how every single one of their relationships work," Browder confirmed. "That's how they grab people and keep them.

"And once you get stuck in with them, you can never leave."